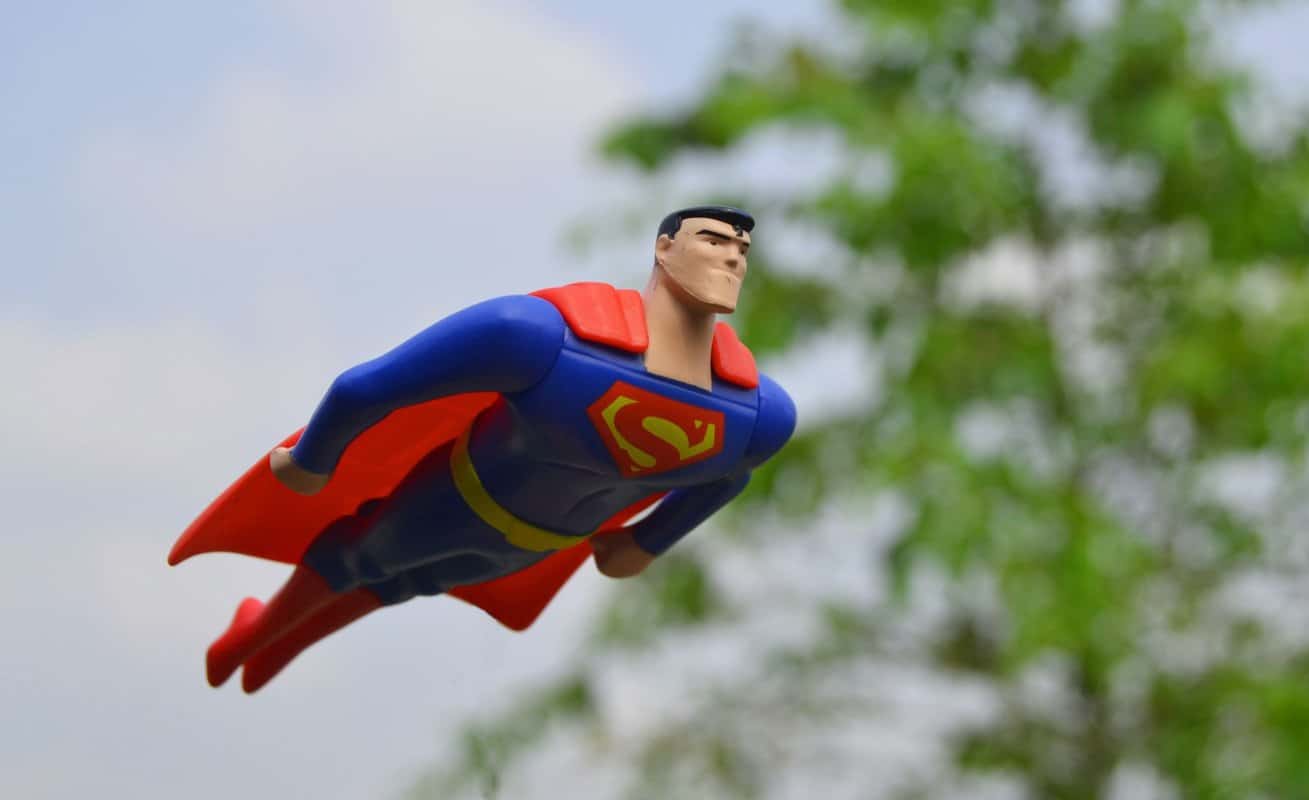 One of fiction’s most iconic heroes is undoubtedly Superman. They say he is faster than a speeding bullet and can leave tall buildings in a single bound. Everyone knows him for his strength.

What makes him so strong? How did he get this way and what are the secrets to his power? Read on to find out what gives the Man of Tomorrow his reputation!

Why Is Superman So Strong?

As everyone knows Superman was born on planet Krypton and sent to earth as a baby. This planet’s different atmosphere makes its citizens much stronger than humans.

As one of the last Kryptonian’s Superman has been blessed with extreme strength and special abilities since the day he was born, this is only enhanced by the Earth’s atmosphere.

Everyone on krypton has these powers and Superman only became even stronger as he grew up on earth which expanded his abilities in different ways.

The source of superman’s power is Earth’s yellow sun. As Kryptonians go near the sun their powers become stronger. Since earth has a sun close by, this is all the truer.

This works because of the sun’s solar radiation. Kryptonian bodies can absorb this radiation and convert it to their own energy.

In fact, in certain stories Superman is able to achieve God-like strength and abilities once he flies close to or even inside the sun.

What makes earth a more potent one for superman is that the distance is a lot closer in the earth’s atmosphere and gravity works to Superman’s advantage.

Another factor that makes Superman so strong is that his weakness is incredibly rare. Superman can only be weakened by kryptonite, a material not even found on earth.

While exposure to kryptonite can render Superman immobile and weak, this substance is so hard to come by but only billionaires like Lex Luther or aliens typically come across it.

Superman is also clever enough to get around this weakness most of the time, usually by tricking his opponent into letting go of the Kryptonite.

Superman is faster than a speeding bullet. That means he can go so fast; his opponents can hardly see him coming. This means he has the element of surprise.

He can keep up with The Flash, the fastest man alive, and in some cases can even beat him in speed. This means Superman’s strength isn’t his only arsenal.

After all, who could forget the iconic scene in Superman: The Movie where he flies so fast around the world, he manages to turn back time itself. That’s true power right there. 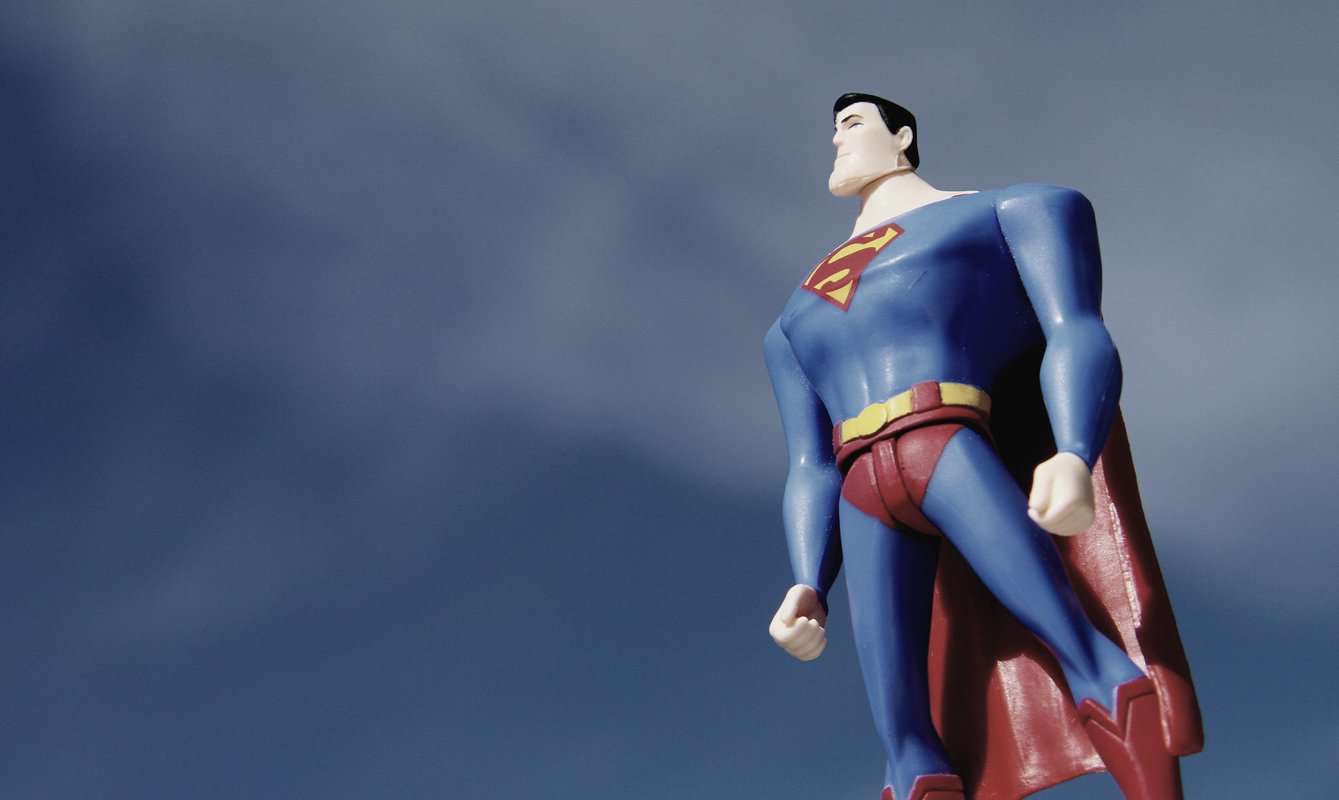 Superman’s strength stems partly from the fact that the earth would be in danger from strong adversaries if he wasn’t up to the challenge.

The planet is constantly amid threats from Metallo, Brainiac, Bizzaro, and other villains, with Lex Luthor being his most really awful one.

All of these opponents proved to be difficult obstacles, but Superman conquered them all to demonstrate his might and save the day.

One reason why Superman is so strong, is because his disguise as Clark Kent is so weak, it makes Supes seem even more powerful than he already is in comparison.

Clark Kent is portrayed as weak and bumbling as possible so that no one can guess his true identity as Superman. This is so his loved ones aren’t at risk from villains.

When Superman rips off the work attire and reveals his iconic look, it exudes and radiates power, strength and majesty. Clark and Superman are both sides of the same coin.

Of course, Superman’s arsenal of abilities is the biggest reason he can be considered so strong. From flight to incredible hearing, here are some of his most useful abilities.

With all the abilities and physical gifts under his belt, it’s no wonder Superman is as strong as he is. His powers have let him perform the most incredible feats in the DC Universe.

In addition to his physical abilities, Superman also possesses superhuman insight and can perform amazing acts without moving a muscle.

Some of these acts include X-Ray vision, allowing him to see through anything not made of lead, and super hearing, letting him hear cries for help across the entire world.

He possesses telescopic vision which allows him to see much further than regular humans and even possesses a healing factor allowing him to recover quickly from any damage sustained.

Superman is not invincible; he has been killed by the likes of Doomsday and at one point even extreme exposure to the sun’s radiation was enough to do him in. However, his will is unmatched.

This is because Superman has amazing willpower, enough to overcome any obstacle and fight his way through even the most impossible odds, no matter how difficult an opponent seems.

Superman’s strength makes him more than just a powerful person in a costume, it makes him a symbol of hope for the people of Metropolis and the entire universe at-large.

Superman has the ability to inspire people and bring them together, even heroes who prefer to work alone like Batman or outsiders who don’t trust humans like the Martian Manhunter.

To learn more, you can also read our posts on why Superman is weak to kryptonite, why Lex Luthor hates Superman, and why superheroes wear capes.

There are many powerful beings in the DC universe, however none compared to Superman. His great strength is not just physical, but the combination of many factors.

He may not be completely invincible over free of weaknesses, but his extreme strength and power manage to overcome any obstacles, That’s what makes Superman so strong.

Why Do Alligators Roll? (5 Reasons Why)