Why Was Barney Cancelled? (7 Reasons Why) 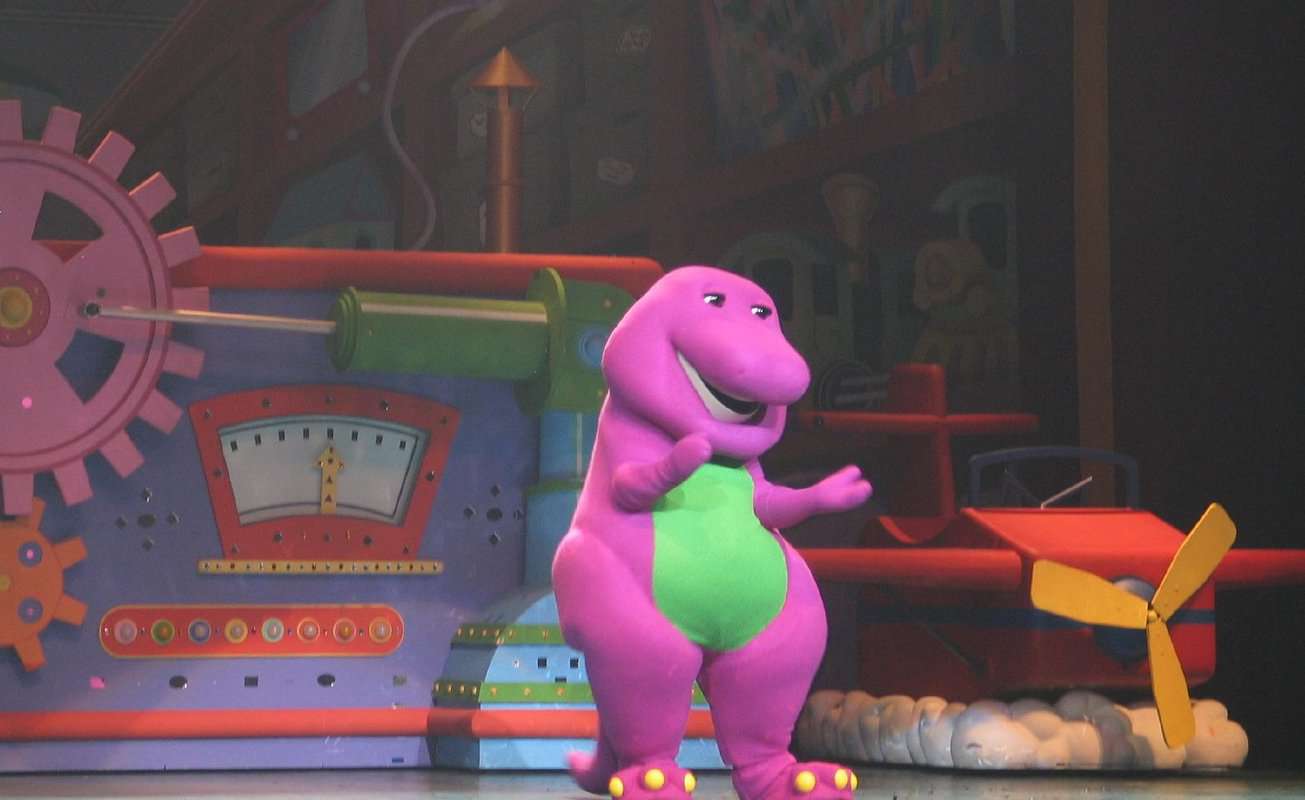 Barney. That big, purple Dinosaur that everyone loved to hate. The show was educational, entertaining, and just downright catchy.

So why was such a seemingly successful show canceled? We look at seven possible reasons to find out.

Why Was Barney Cancelled?

One possible reason for Barney’s cancellation is that the show simply wasn’t getting enough viewers.

Over the years, Barney’s ratings had been slipping, and by the time the show ended in 2010, it simply wasn’t pulling in the same amount of viewers that once made the show an essential network addition for PBS.

Barney was on TV since 1992—that’s 18 years. The kids who grew up watching Barney were adults by 2010. Barney’s audience fizzled out, while the new generation of viewers had interests elsewhere.

This happens with almost every show, as very few end while their ratings are still good. There are some notable exceptions, but by and large, shows get canceled because they’ve lost the majority of their interest from fans.

Barney is no different.

Another possibility is that the show was simply a product of its time and no longer relevant in contemporary society.

The early ’90s were a time of optimistic innocence, and Barney reflected that. However, society has become more cynical in recent years, and children’s programming has changed to reflect that.

With his relentlessly positive attitude, Barney didn’t fit in anymore. Kids in the new millennium weren’t into big, loveable, huggable purple plush dinosaurs that sang to them.

Children in the modern era wanted flashier cartoons, smartphones, and the internet, and Barney offered none of these things.

PBS had no choice but to pull the plug and move on to look for the next big children’s hit show.

Interestingly, kids’ shows like Sesame Street find ways to weather the storm and stick around. Sesame Street started in 1969, and kids watch it to this day.

But Sesame Street has a diverse cast of characters, while Barney was somewhat limited by comparison. Sesame Street also manages to stay current by tackling social issues.

On the other hand, Barney stayed in his lane and continued to sing about sharing and being kind. In a way, Barney became a victim of his own simplicity.

A big part of Barney’s appeal—and his downfall—were the earworm-inducing songs featured on the show.

These songs were designed to get stuck in your head, and they did their job a little too well. After a while, the Barney songs just became grating and annoying.

Plus, the show always featured the same songs over and over again. By the time the show ended, Barney had sung “I Love You” so many times that it had lost all meaning.

Parents eventually got sick of hearing that song and made their kids watch something else, which only helped bring Barney’s ratings down.

Using Sesame Street as an example again, that show doesn’t rely on the same songs in every episode. Instead, it changes with the times to stay relatively fresh and unique.

Had Barney’s producers done the same, the show might have lasted a little longer.

In addition to the songs, Barney’s materials also became repetitive. The same plush toys were used repeatedly, and the show always took place in the same room with the same furniture. 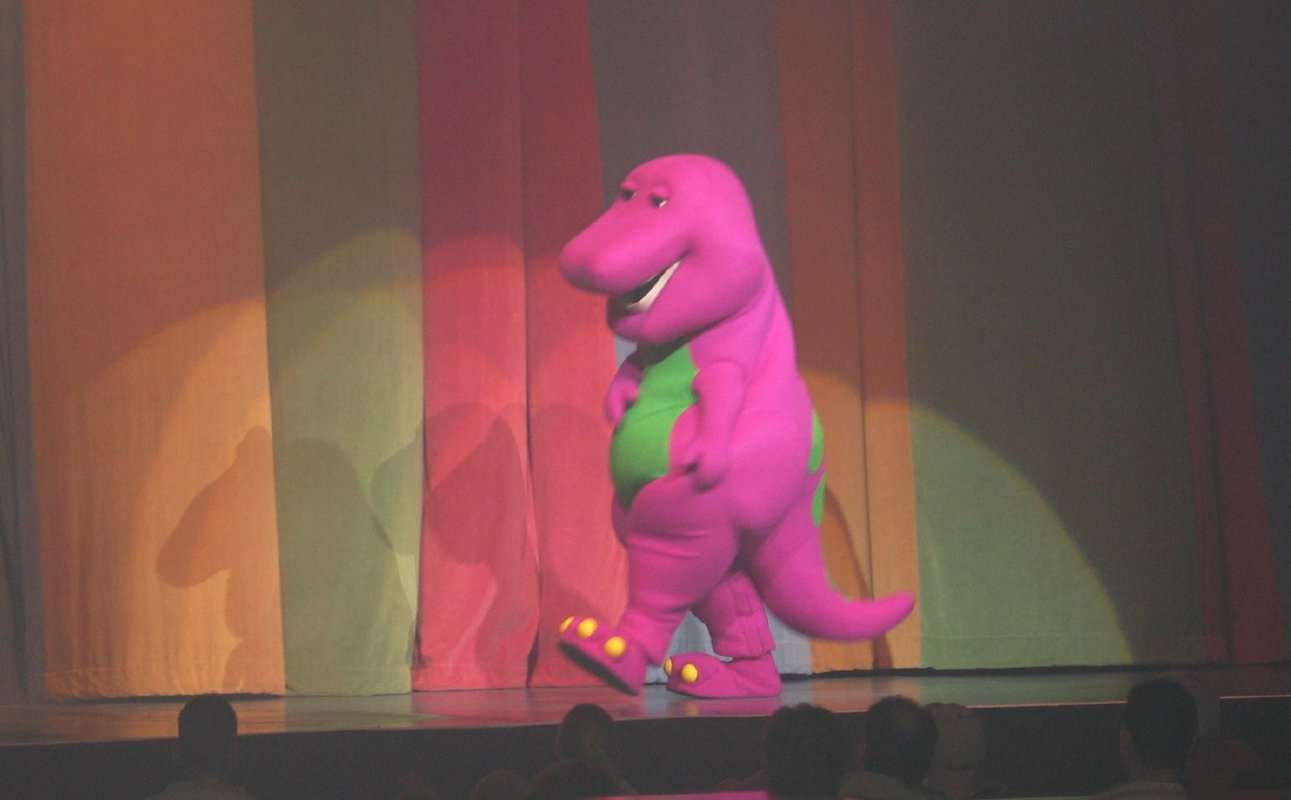 Another problem with the show was that there was just too much Barney.

The character was always the show’s star, and he always got the most attention. The other characters were always playing second fiddle to Barney, which got old after a while.

It would have been nice to see more of the other characters, but that would never happen as long as Barney was around.

This is another fine example of how the show became a victim of its own success. The producers had no choice but to keep Barney as the star, even if that meant alienating some other characters.

5. The Show Was Getting Stale

With nearly two decades of screen time, it’s only natural that the show would start feeling stale.

The same characters were doing the same things in the same way, and there was little room for change or innovation.

Barney had become a victim of his own success, and the show couldn’t go on like that forever.

Another possible reason for Barney’s cancellation is that PBS didn’t have the money to keep the show going.

Barney was an expensive show to produce, and as PBS’s budget tightened, the network had to make some tough choices.

In the end, Barney was simply a victim of PBS’s financial woes. In a cost-cutting effort, PBS chose to cancel the show rather than continue to fund it.

Finally, it’s possible that the cancellation of Barney was simply a case of a change being inevitable. After 18 years on the air, PBS might have decided it was time for something new.

There’s no denying that Barney had been a considerable part of PBS’s lineup for many years, but all good things must end.

These are seven possible reasons why Barney was canceled. Love him or hate him, Barney was a TV institution that people will remember for years.

Though his time on the air has ended, there’s no doubt that Barney will continue to live on in the hearts of everyone who grew up with him.

Why Is Zolucky So Cheap? (7 Reasons Why)