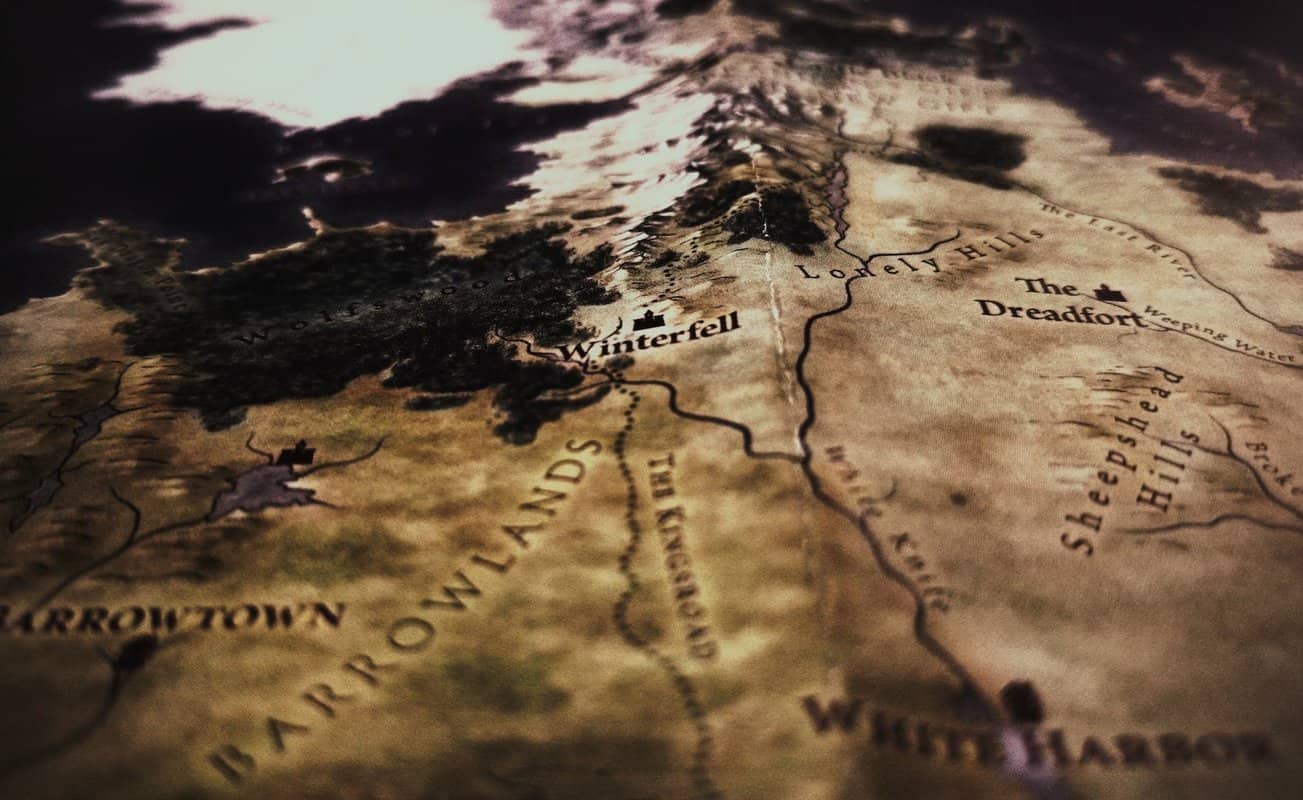 George R. Martin’s book series, A Song of Ice and Fire, was initially met with mixed reviews when it was published in 1996 but found new life when they were adapted as the television show Game of Thrones.

The show quickly became one of the most watched series in existence, begging the question of why it captivates so many people? In this article, we’ll list thirteen reasons why Game of Thrones is so popular!

Why Is Game Of Thrones So Popular?

A glaring aspect of Game of Thrones that sets it apart from a vast majority of popular works, both on screen and in literature, is the fact that arguably every character is overtly “gray” in nature.

By this we mean that they are morally ambiguous; their nature as a person can’t be defined with a clear-cut stamp of “good” or “bad.”

Yes, there are characters that tend to lean more towards the spectrum of chaotic evil over lawful good (for all of you D&D lovers), but none are without an irredeemable trait or questionable decisions.

This allows for more complex storytelling and makes the characters much more relatable and realistic despite the overtly unrealistic world they live in.

It also forces viewers to question who to root for (if they root for anyone at all) and ask themselves why they are rooting for them rather than resorting to the classic “they’re the good/bad guy.”

Another reason why so many people love Game of Thrones has to do with the sheer scale of characters included.

Amidst countless Starks, Lannisters, Boltons, and everyone in-between, Game of Thrones has around 52 main characters alone, and over 200 additional characters of varying degrees of importance.

Remembering and keeping track of just the main characters can certainly be difficult, but surprisingly, it isn’t as hard as you might think once you get into things.

The reason for this is that each character is distinctly unique. Amidst these individuals is a kaleidoscopic representation of:

No two characters are the same, and with each of these categories comes its own set of challenges and privileges they must face and/or take advantage of.

Not only does this allow for each character to develop differently as the story progresses, but it also increases the odds that readers/viewers will find at least one character they relate to in some regard.

If you examined other works of literature/filmography that have integrated into the social zeitgeist (ex., Harry Potter, Star Wars, and Marvel), you’d notice one glaring thing in common: world-building.

When it comes to world-building, both the books and television series for Game of Thrones go above and beyond in creating a believable and engrossing world for readers/viewers to become immersed in.

The amount of detail that has gone into developing the history, religions, political systems, and cultures of each region is astounding.

The culmination of which creates a flesh-out world where these characters live that draws viewers/readers in and has them constantly coming back for more.

One of the things that makes Game of Thrones so appealing is that it’s set in a completely unrealistic world, but despite all its fantastical elements, the characters in the story feel very real.

They have believable motivations and make decisions that are understandable, even if they’re not always likable.

Every character is fallible to some degree, and that makes us feel more at ease with our own imperfections.

This contrasts with a lot of other stories set in imaginary worlds, where the characters often feel two-dimensional and lack any real depth. Most are too perfect to live up to or too evil to feasibly replicate.

Because Game of Thrones feels so grounded, it allows readers and viewers to get lost in its world much more easily and find characters they relate to, despite being worlds apart.

Unlike many other fantasy works, Game of Thrones doesn’t shy away from showing the harsh realities of life, and it doesn’t keep its scope centered on what is socially acceptable.

It’s a gritty and uncompromising look at:

Where so many fantasy works focus on the idealized hero’s journey or the simple struggle of good against evil, Game of Thrones stands out by being unafraid to show the ugly truths about humanity.

This willingness to tackle difficult subjects has garnered the series a large and passionate following.

Another reason for Game of Thrones’ popularity is its complex and engaging storylines. The plot of the series is notoriously dense, with multiple interwoven story arcs occurring simultaneously.

Of course, this can be daunting, and even frustrating, for some viewers and exceptionally difficult to follow at times, but it also ensures that there is always something new and exciting happening.

This is largely due to the series featuring a large ensemble of characters, each with their own unique motivations and backstories, many of which lead to unexpected plot twists and countless betrayals. 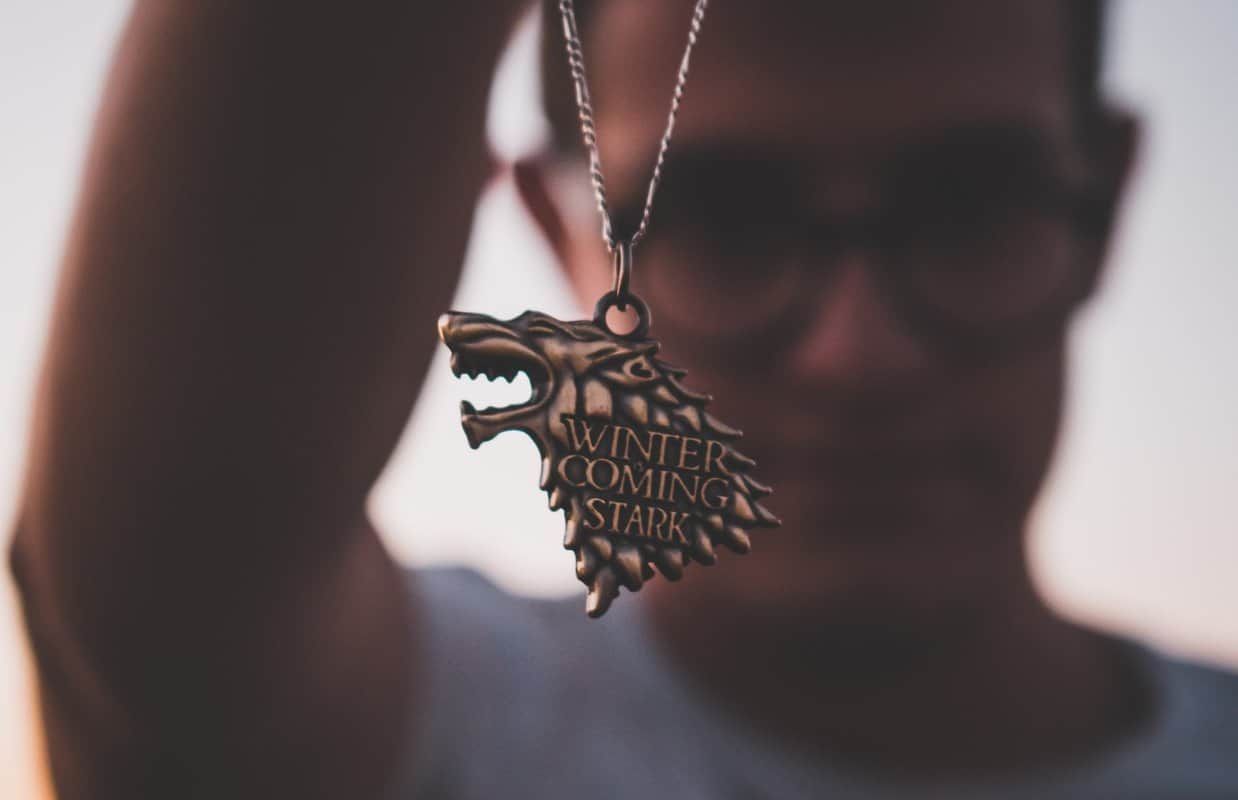 It’s safe to say that many viewers nowadays are getting tired of how overly saturated television shows and films are becoming increasingly predictable with each new release (we’re looking at you, Marvel).

A factor of Game of Thrones that has captivated person after person is its surprising shock value derived from the series’ overall unpredictability.

Probably the easiest example of this would be how unafraid the series is to kill off major characters, even those who seem essential to the story.

This willingness to kill anyone at any time makes the series suspenseful and thrilling. It also keeps viewers on their toes and forces them to think twice before getting emotionally invested in a character.

And then, once they inevitably do, they suffer the emotional turmoil of witnessing their beloved character suffer horror after horror, many of which being worse than death.

8. Plays With Expectations Of Classic Archetypes

Another way that Game of Thrones strives to be unpredictable, in addition to its storylines, is that it plays with people’s expectations of classic archetypes.

When we first meet these characters, we subconsciously assign them roles we’re used to witnessing in literature, television shows, and film.

Initially, Daenerys Targaryen is the innocent and pure damsel in distress, Jaime Lannister is the knight in shining armor, Sansa Stark is the naïve Disney princess searching for her prince, and so on.

Once these roles have been assigned, we resign ourselves to assuming that is the role the characters will play for the entire series.

Some might have a degree of character development, but we don’t expect them to change much overall. However, that is far from the case in Game of Thrones.

While it takes some characters longer than others, before too long, you watch each and every one of them eat your archetypal expectations and spit them out.

Statistically and economically speaking, if you were to analyze all film and literature genres, you’ll find that fantasy is consistently listed in the top five, right next to Science Fiction.

The reason fantasy works, like Game of Thrones, are so popular is because they offer a form of escapism by taking the audience to a completely different world.

A world with its own set of rules, customs, and ways of life that the reader or viewer can get lost in and explore without any consequences.

You might not be able to go out and slay a dragon in real life, but you can live vicariously through the characters in Game of Thrones and momentarily forget your daily struggles.

10. Women of All Walks of Life

To say that Game of Thrones excels at including strong female characters really only scratches the surface of how women are represented in this series.

While we pay our queens like Cersei Lannister, Margery Tyrell, and Daenerys Targaryen the respect they deserve, the show also shines a spotlight on women in more traditionally submissive roles.

Women like Sansa and Arya Stark, Missandei, and Brienne of Tarth all took charge of their own destinies in one way or another, resulting in some of the series’ most rewarding developments to witness.

In essence, there are women of all walks of life in the story, from queens and princesses to prostitutes and peasants, and each one is written with remarkable depth and nuance.

It’s refreshing to see a story that doesn’t shy away from depicting the many different experiences of women.

A highly influential pull of this particular series is its incredibly complex and clever political systems and components.

Read More:  Why Is The First Episode Called Pilot? (5 Reasons Why)

The Seven Kingdoms are constantly at war with each other, and there are always machinations going on behind the scenes.

Again, following the constant plotting and tugs and pulls for power can be a bit confusing for readers or viewers who are new to the story, but it’s also part of what makes it so compelling.

There is also no shortage of minor and major political issues occurring alongside the classic power struggle between royals.

The series touches on topics ranging from slavery and religious-political relations to trade, social class systems, and numerous other issues.

Many of which eerily reflect current issues of the modern world and beg pause for reflection on whether the path depicted by the series is as unrealistic as we’d like to think.

Many people who are fans of the show were first readers of the books, but there’s no doubt that its popularity reached its peak once the television series was in full swing.

The benefit of it being accessible in two mediums is that it broadens the series’ influence by allowing people to consume the story in the way that they prefer.

Some people would rather read the original works and imagine the world themselves, whereas others would prefer a visual, cinematic representation.

As we mentioned previously, Game of Thrones was originally released as a book series that was later adapted into a television series.

While it certainly helps that the original content can stand on its own in book form, any good story can fall on its face once it reaches the screen.

Luckily, this is not the case with Game of Thrones, as the production values are top-notch and rival those of any major blockbuster film.

The cast is also filled with an extensive list of brilliant actors/actresses that are too numerous to name and rival each other in performance and skill.

These individuals are also supported with impeccable musical scores composed by Ramin Djawadi and visual effects that only enhance the experience.

To learn more, you can also read our posts on why Tyrion killed Shae, why Frodo left on a boat, and why Anakin turned evil.

While you might be able to argue against Game of Thrones’ merit, there’s no denying the series’ worldwide popularity, and these are just thirteen reasons why.

There are, inevitably, countless other reasons why people support this show that are either shared or unique to themselves. So, if you’re a Game of Thrones fan, what are yours?

Why Is Country Music So Bad? (9 Reasons Why)