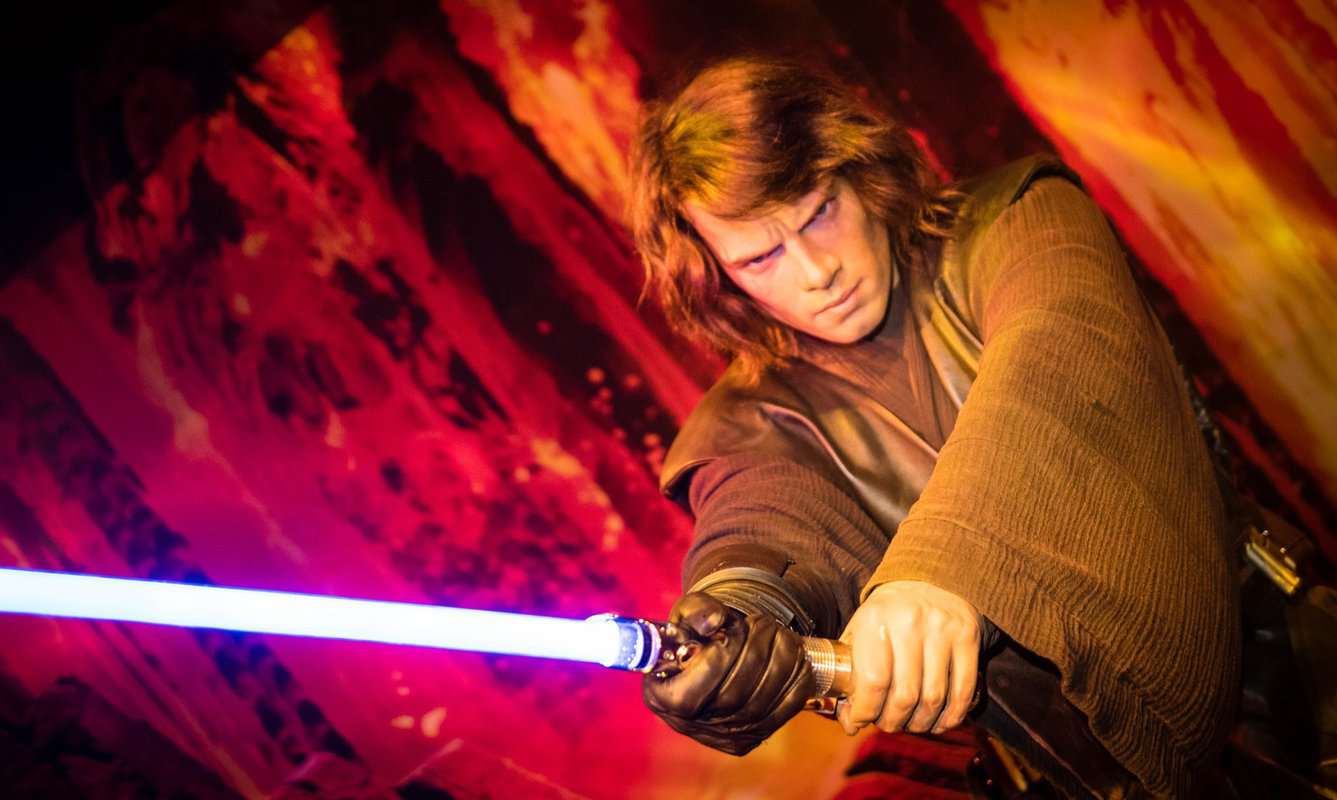 From being a powerful Jedi and potentially the “chosen one” to joining the dark forces, Anakin’s Skywalker transition to evil definitely brings about many questions.

One major question is why did Anakin turn evil? The quick answer is that it’s the result of manipulation and his own struggles. Keep on reading for all the details!

Why Did Anakin Turn Evil?

Anakin had a rough childhood. He was born into slavery and rarely had kind masters. Shmi Skywalker, his mother, was the only kind person in his childhood.

His days as a slave ended when he helped Qui-Gon, a Jedi, repair his starship by winning the Boonta Eve Podrace.

Anakin’s many talents captured the knight’s interest, and he wanted to free Anakin to make him a Jedi.

To do so, Qui-Gon betted Watto to grant Anakin and his mother’s freedom if the boy won the race. However, Watto agreed to free only one slave.

Years after their separation, Anakin had visions of his mother’s suffering, so he went searching for her.

Unfortunately, the mother-son reunion didn’t last long and Shmi died shortly after Anakin saved her. As a result, Anakin went on a rampage that took away innocents as well.

2. His Deep Love For Padme

Anakin’s love for Padme, his wife, was probably the driving force behind him falling into darkness.

Two reasons led Anakin and Padme to keep their marriage unknown to the public: their occupation and the Jedi’s strict codes.

Padme was a prominent Galactic senator, and as a senator, she would go against society’s norms by marrying Anakin, who was below her rank.

On top of that, the Jedi Order forbade any form of emotional attachment because it could deviate a Jedi’s path to darkness.

Now, how did this forbidden love lead Anakin to join forces with the evil?

Anakin had premonitions about Padme. He kept seeing nightmares that his wife would die during childbirth.

Unwilling to let Padme have the same fate as his mother, Anakin decided to do whatever it takes to save his wife, even turning to the dark side for help.

It’s no surprise that Palpatine (Darth Sidious) is the mastermind behind Anakin becoming a villain.

Palpatine knew how to play people to serve his ulterior motive, which is to overthrow the Republic. He also wanted to establish “The Empire,” another government ruled under the Sith.

So, how did Palpatine groom Anakin to become the perfect villain?

For starters, Palpatine recognized Anakin’s talents. He constantly fed the boy’s ego to pit him against the Jedi’s counsel and make him believe he deserved to become a Master Jedi.

Palpatine knew Anakin’s chances were low. Not much to a surprise, the Jedi council refused to grant Anakin the Master title.

Naturally, the boy felt the council’s distrust, and it angered him. Guess who took advantage of that fury? The Emperor.

However, Darth Sidious’s manipulative behavior didn’t stop there. Palpatine played on Anakin’s fear of loss and hinted to him about the Sith’s ability to save people from dying.

This made Anakin believe the dark force could save Padme. To delve deeper into the darkness, the boy knew he had to commit many atrocities.

Even after Padme’s death, the powerful Jedi still stayed evil. Mainly, this had to do with Anakin’s personality.

Anakin obsessively feared losing those he loved, had a strong desire for control, and couldn’t hide his anger. He often liked to be praised and treated as “the chosen” as well.

All these character flaws made Anakin easily fall for Palpatine’s lies. 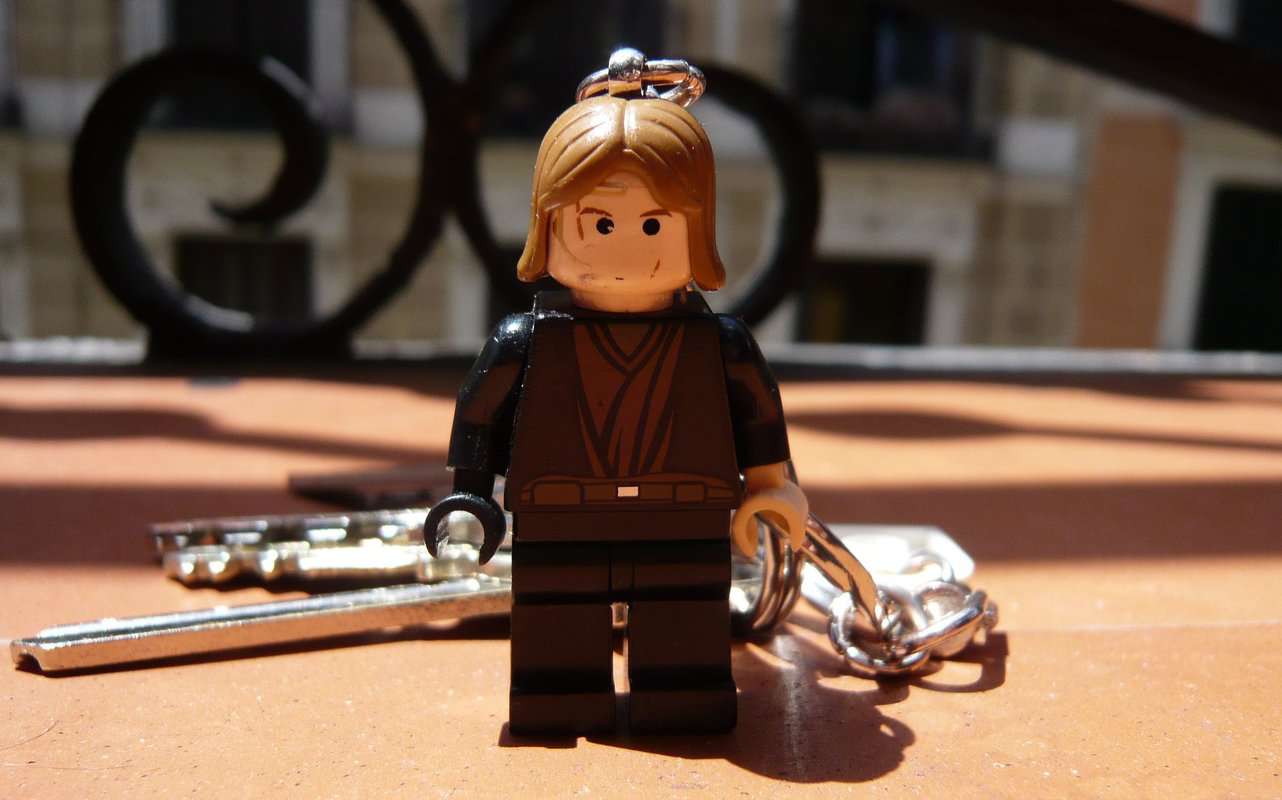 Although the Jedi order saw Anakin as impulsive and filled with fury, still, the council could’ve handled some situations better.

For instance, when the boy had the same nightmares this time for Padme, you would think the council would help him, but that wasn’t the case.

Instead, Yoda saw it as a weakness and lectured Anakin about letting go of attachments.

What’s more, the council chose to stay silent rather than explain to Anakin why he still wasn’t fit to become a Master, even when they thought he was the “chosen one.”

Even before his love for Padme, Anakin still valued attachment to his mother and his master, Obi-Wan, as a brother-father-like figure.

So, it was hard for him to abide by the strict rules, creating this inner conflict between wanting to become a Jedi and having a family.

However, that’s not the only time Anakin thought the Jedi order was flawed.

His disappointment with the Jedi grew after they threw Anakin’s close friend, Ahsoka, under the bus.

Ahsoka was a suspect in the temple bombing incident. So, to prevent getting backlash that a Jedi bombed a temple, the council banned Ahsoka from the order despite having no evidence.

Having a rough childhood, Anakin dreamed of a more just world where slavery didn’t exist.

In Anakin’s eyes, the way to bring justice to the galaxy wasn’t through democracy, but through the control of one man—something that he had in common with Palpatine.

That could be another reason he chose to align with the dark side.

8. The Duel Of Mustafar

Anakin joined Palpatine to fight against the Confederacy of Independent Systems and end the Clone wars. That’s because he thought the Jedi were overthrowing the Republic.

To bring Anakin to his senses, Padme and Obi-Wan followed him to Mustafar, but the plan backfired.

Seeing his wife and former master together made him think Padme sided with Obe-Wan instead of him.

It also made the boy believe that his wife and Obi-Wan came to kill him, leading to Anakin attacking them both.

After Anakin’s devastating injuries from the Mustafar duel, Palpatine goes to Mustafar to retrieve his apprentice. All that occupied the boy’s mind after surgery was asking about Padme.

Being the manipulative master he is, Palpatine said that Anakin killed her. Eventually, Anakin accepted the dark force with open arms after losing everything he ever loved.

To learn more, you can also read our posts on why Michael Myers is evil, why Voldemort is evil, and why Tyrion killed Shae.

So, why did Anakin turn evil? It’s a multilayered process. From constantly being manipulated by Palpatine to his lack of trust toward the Jedi, Anakin was in conflict with himself.

Combine that with his impulsive and angry personality with his fear of losing those he loved, and you get one of the most infamous villains—Darth Vader.