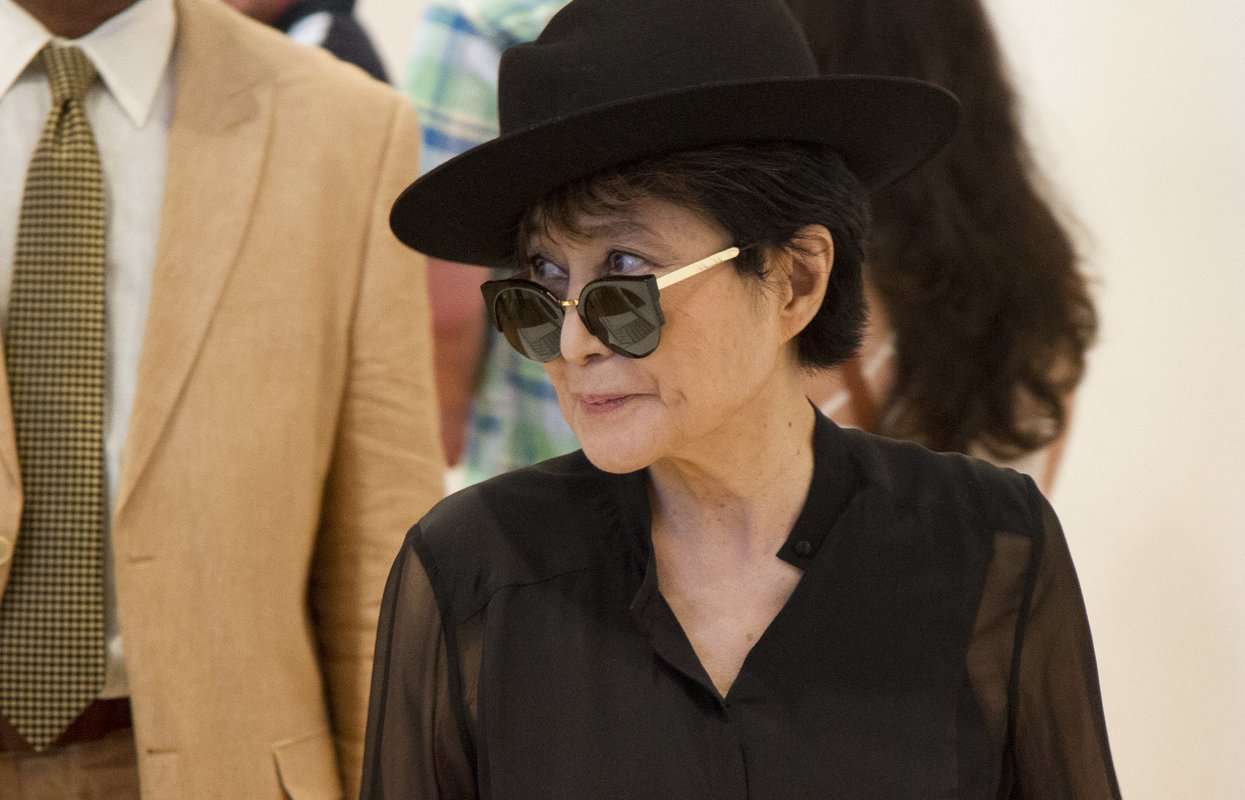 If you’re a fan of the Beatles, you’ve undoubtedly heard of Yoko Ono. This name comes with a lot of controversies, with many people disliking her. So, why do people hate Yoko Ono?

Most of the hate for Yoko Ono comes from the misconception that she was responsible for the band’s breakup. There are, however, other reasons why people resent her. Let’s take a look.

Why Do People Hate Yoko Ono?

1. Broke Up The Beatles

People’s dislike of Yoko Ono stems largely from their conviction that she was responsible for the breakup of The Beatles.

This was mostly because she regularly hung out with Lennon and meddled in the band’s affairs. Even though it wasn’t fully her fault, her relationship with John had a role in the disbanding.

One of the rules that The Beatles had was prohibiting spouses and partners from entering the recording space, as they might affect the workflow.

However, despite having a car accident, Yoko remained consistently present in the studio. Because of this, Lennon ordered the installation of a bed in the recording space.

This enabled her to stay there throughout the sessions. As a result, Lennon and the band got into a disagreement, which was one of the reasons why their relationship grew apart.

Yoko wasn’t the only reason they split up, though. During that period, the band’s manager, Brian Epstein, passed away.

This event led to a lot of arguments over the new Apple manager. Eventually, The Beatles broke up.

There were a lot of devoted fan girls at the time who adored The Beatles.

As a result, any woman who dated or wed one of the Beatles was subjected to a certain degree of hostility because of their relationship with the members.

For instance, George Harrison’s wife at the time, Pattie Boyd, received a lot of criticism. Girls called her insults and chased after her. In this case, Yoko Ono was not any different.

Due to her relationship with John Lennon, many people disliked her.

Additionally, some fangirls believed that she encouraged John’s destructive behaviors, such as isolating himself from his social circle.

When John Lennon invited Yoko to their sessions, she started attending every Beatles recording session.

Additionally, she offered suggestions and shared her thoughts on the music they were making.

Read More:  Why Do People Hate Prince Philip? (11 Reasons Why)

Yoko’s distinctive musical style ultimately resulted in some interesting song decisions. She’s more of an experimental musician than rock, which was what The Beatles were.

One of the songs that Yoko Ono and The Beatles collaborated on is Revolution 9. Unfortunately, this song is regarded as one of the worst songs by The Beatles.

As a result, Yoko Ono came under fire from disappointed fans. In addition, a lot of people had issues with her for the infamous Chuck Berry’s performance.

4. Many People Dislike Her Music

Yoko is an avant-garde performance artist who is known for her bizarre and unsettling pieces.

Her songs are often experimental rock, pop, or electronic music. She tends to sing less and uses her voice more for vocal expression.

Still, Yoko has had a significant impact on music despite the controversy surrounding her experimental work.

She was an inspiration to many of the early New Wave musicians. She had an impact on performers like Bjork and The Cocteau Twins.

Yoko Ono’s interference in John Lennon’s first marriage is another factor in the animosity toward her. When Lennon first met Yoko at an art show in 1966, he was still married to Cynthia.

When they met, Lennon’s marriage to Cynthia was in ruins to some extent.

Lennon and Yoko consequently began expressing interest in one another despite his claims that their relationship was strictly professional.

He brought Yoko Ono to his and Cynthia’s home to record music while Cynthia was away. From there, the affair started.

When Cynthia returned and discovered Yoko Ono at home, she learned about the romance. Shortly after that, Cynthia and John divorced.

Based on adultery, the divorce was formally finalized in November 1968.

6. The May Pang Affair 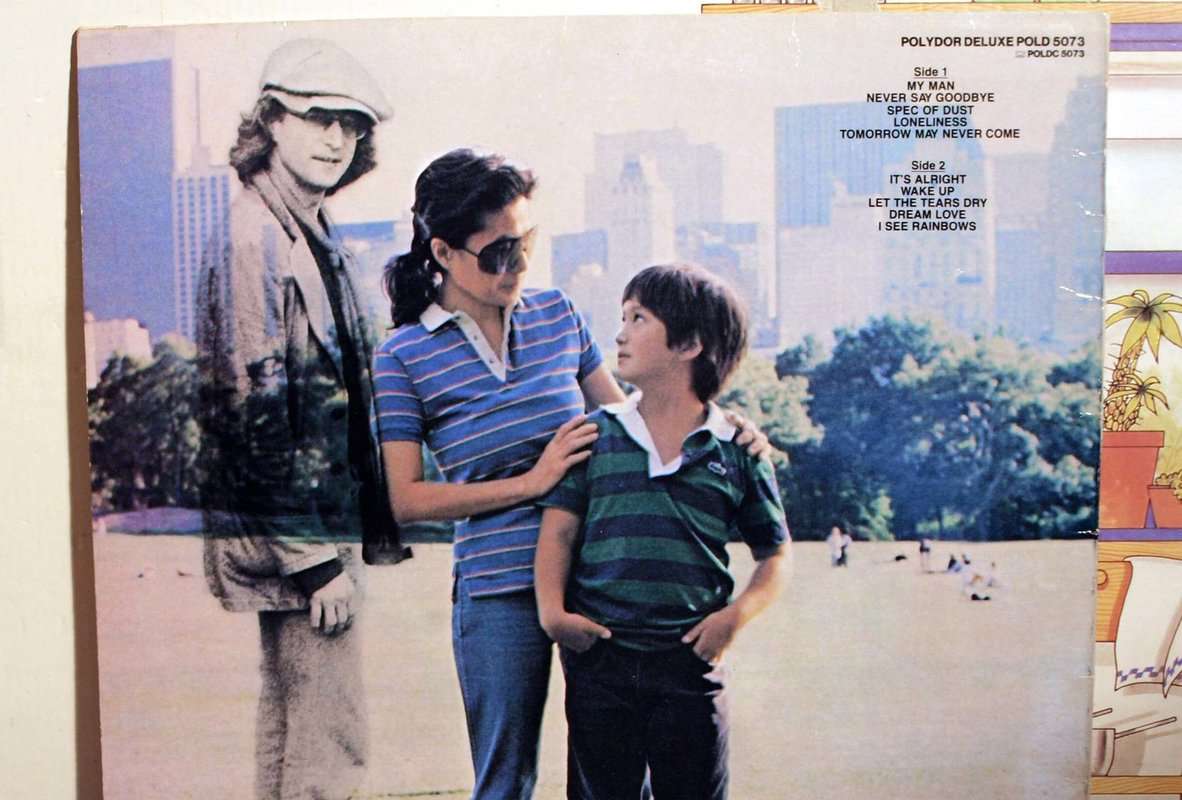 Lennon began seeing May Pang after he and Yoko split up in 1973. Pang was their assistant and production manager. However, there was controversy over how their romance began.

Yoko once asked to see May and then revealed to her that she and John were experiencing marital issues.

At the time, May was young and fresh out of school, which was a bit unsettling to some considering her young age.

Yoko talked to May about how John will start dating other women. Because of that, Yoko encouraged May to go out with John since she wasn’t seeing anyone.

That way, Yoko would know who John was having a relationship with. Therefore, many people disliked Yoko because they saw her as a manipulative woman.

Due to John’s legacy, there was a conflict between McCartney and Yoko in the years following his passing.

Yoko needed to give her opinions while deciding which songs to feature in the anthology series.

This caused tension between the two as Yoko was only present for the final years of The Beatles’ life. Yet, Paul still required Yoko’s inclusion.

Additionally, McCartney had 90% of John Lennon’s publishing rights at the time of his death.

At some point, McCartney needed Yoko’s permission to change the Lennon-McCartney credits on their music to McCartney-Lennon.

He wanted to do so only for the songs for which he was the only writer. Because she believed Paul was attempting to “rewrite history,” Yoko Ono declined.

Because of all the conflict, some people began to despise Yoko Ono, believing she didn’t have the right to be in control.

Yoko Ono’s Season of Glass album is arguably one of her most divisive works. Less than six months after Lennon’s passing, the album, which deals with bereavement, was in stores.

Season of Glass’ cover art is mostly what is problematic, though. The cover features Lennon’s blood-stained glasses next to a partially filled glass of water.

On the day of his passing, Lennon wore the same pair of glasses.

Many people felt that Yoko should rethink the album cover since it’s offensive. She unfortunately declined.

People began to dislike her as a result, and they now believe that she was profiting from Lennon’s passing.

Yoko Ono excluded Julian Lennon from John Lennon’s heritage. Because she had no right to meddle with John’s son, this made her unpopular with many people.

John Lennon left everything to Yoko in his will while leaving Julian no wealth. People thought that Yoko would leave something aside for Julian, but she never did.

John was also not much involved in Julian’s upbringing. However, some letters were exchanged between them both.

Julian sought the letters after Lennon passed away, since they represented his father’s final exchanges with him.

Sadly, Yoko wouldn’t hand over the letters. Instead, Julian had to bid on his late father’s letters at an auction to retrieve them.

Misogyny and racism were prevalent at the time when Yoko Ono first rose to prominence. Since she’s a Japanese woman, a lot of the hate stemmed from pure prejudice.

Many Beatles fans during those years would gather in front of their studios and hurl insults and slurs at Yoko Ono.

In addition, the media wasn’t on her side either and frequently made fun of her as a person and her accent.

In 2010, Yoko Ono had an interview with Anderson Cooper 360, where she stated that she believed racism and misogyny were undoubtedly factors in her infamous reputation.

Many people thought John Lennon was brainwashed by Yoko Ono. They thought that she influenced Lennon excessively, and either started or encouraged his heroin addiction.

Since they both were involved with the drug, it may have made it even harder to quit. In 1968, both of them were detained for possessing narcotics.

At some point, Lennon decided to stop using heroin. He even wrote the 1969 song “Cold Turkey” about his drug withdrawal journey.

Yet, by the time of his death, it’s believed that Lennon was still using heroin.

Although Yoko was so important to John Lennon, she faced a lot of criticism. This begs the question: why do people hate Yoko Ono?

People resent her for many reasons, including her tension with the band. What do you think? Was Yoko simply misunderstood, or does she deserve the backlash? Tell us your thoughts.