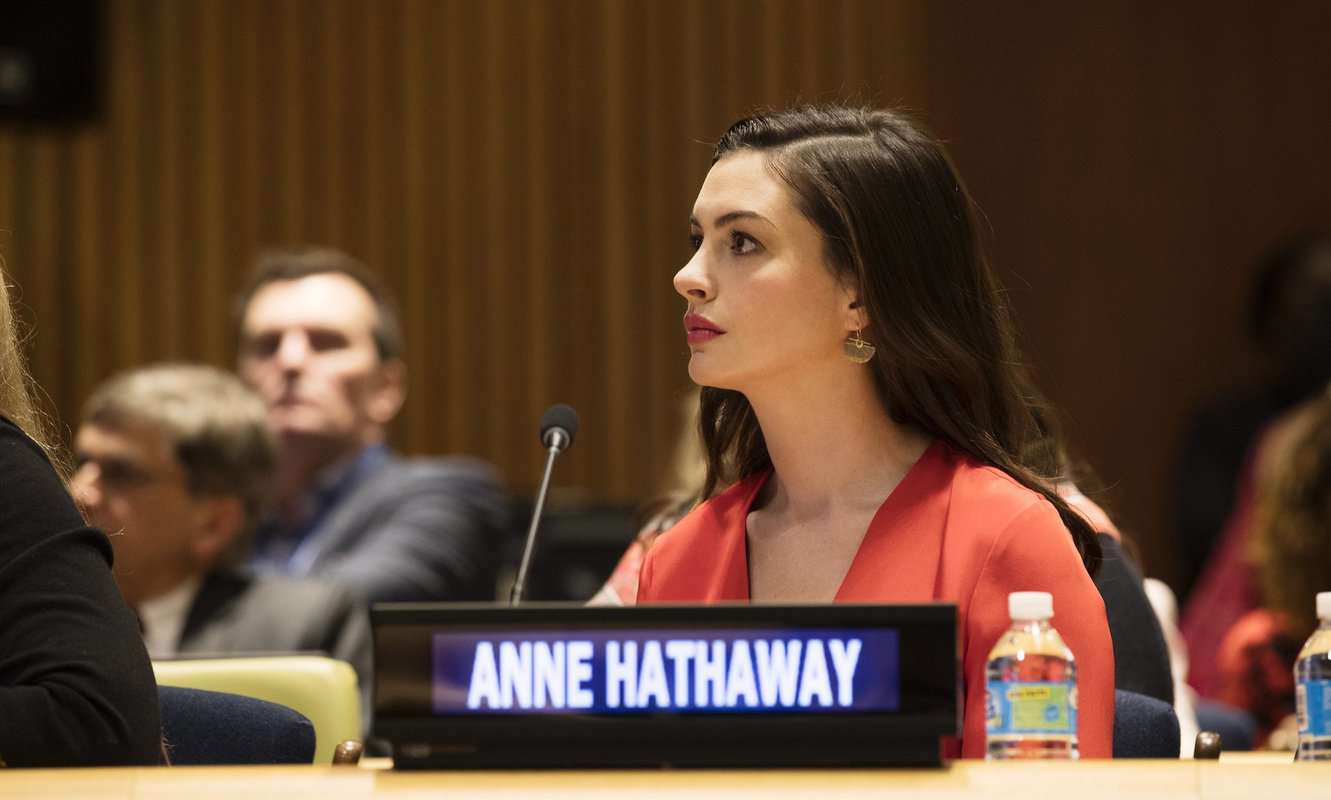 It can seem like there are a million actors in Hollywood, and there’s zero chance of remembering them all! Show business is booming, with new stars popping up all the time.

However, a few actors and actresses seem to remain in the public conscious. Whether Hollywood legends or relative newcomers, nobody seems as divisive as Anne Hathaway!

Why Do People Hate Anne Hathaway?

1. Anne Hathaway Is A Feminist

Anne Hathaway is an outspoken proponent of women’s rights, even being named a Women Goodwill Ambassador by the United Nations in 2016.

Anne Hathaway has many views that may be described as ‘feminist,’ a position that can be considered controversial in some circles.

Anne Hathaway joins a league of fellow celebrity feminists that includes contemporaries such as Natalie Portman, Brie Larson, and Emma Watson, as well as legends like Meryl Streep.

However, with the single exception of Brie Larson, none of those women seem to be nearly as hated as Anne Hathaway!

It can be assumed that while Anne Hathaway’s feminism is not the main reason that people hate her, it is a significant aspect!

Ever since the early 2000s, films based on superhero comic books have grown in popularity.

While this trend truly took form with the Marvel Cinematic Universe, many people would credit Christopher Nolan’s Dark Knight trilogy with kicking off the revitalization of superhero movies.

Fans of comic books can be notoriously opinionated, reacting with vitriol when cinematic adaptations don’t meet their expectations.

Comic book fans reacted with their trademark vitriol by claiming that Brie Larson came across as arrogant. Many other words used to describe her were impolite!

Anne Hathaway received a similar treatment due to her role as Catwoman in The Dark Knight Rises, the final film in Christopher Nolan’s Dark Knight trilogy.

Many fans claimed that Anne Hathaway ‘did not look the part’ of Catwoman.

Hathaway has a reputation as a ‘chick-flick’ actor, due to her roles in films such as The Princess Diaries.

Her image as a princess has followed her throughout her career, making her casting as Catwoman more divisive.

On top of her reputation, she was the second actress to play Catwoman since Michelle Pfeiffer. Pfeiffer had received much acclaim for her role, and so fans had put pressure on Hathaway!

Either way, many fans found themselves ultimately unsatisfied with Anne Hathaway’s Catwoman.

While many fans regard the film itself as the weakest in the series, Anne Hathaway’s performance has been more well-received in modern times.

However, there is always a group of fans holding onto their hatred!

If you went to a school with a theater program, you know the archetypical theater kid.

In most of her public appearances, Anne Hathaway comes across as just that- a theater kid who became famous and now has a global platform for her antics.

People tend to not like the theater kids, with the stereotype being ‘annoying and dramatic.’ Many people think this of Anne Hathaway, as well!

4. She Tries To Be Humble

Being humble is thought of as virtuous. However, people who try too hard to be humble can seem irritating.

One of the biggest events that people used as a reason to hate Hathaway was her Golden Globes speech.

During this speech, she employs some instances of self-deprecating humor that simply do not land. It comes across as trying too hard to be humble.

5. She Comes Off As Boring

Anne Hathaway is notorious for being boring and using her dramatic, happy public image to cover it up.

One rumor even states that she attempted to sell a memoir to a publisher, only for the book to be rejected as it was too boring!

6. She Seems Too Happy 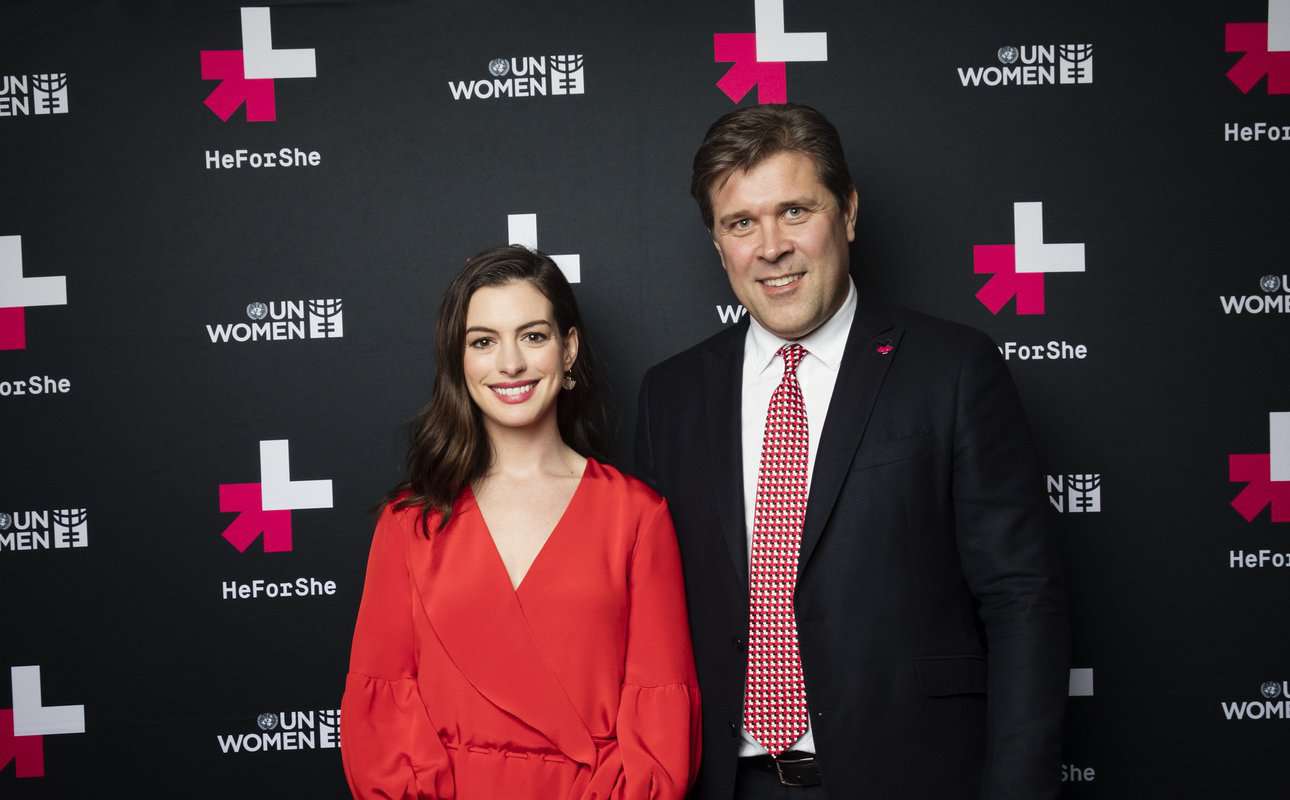 In all of her interviews, Anne Hathaway is all smiles. Typically, this level of happiness is a good thing! Everybody wants to be happy, and it is always pleasant to see other people happy.

However, this level of happiness can be offputting. It’s possible to seem too happy, and it can come across as annoying!

7. She Is A Character Actor

As opposed to people like method actors, who play a wide variety of characters, Anne Hathaway has a reputation as a ‘character actor.’

The term ‘character actor’ is a poorly-defined one, with some people choosing to define it as an actor who takes side roles as odd, quirky characters.

A character actor can be an actor who finds a single type of role and sticks with it. This is the case for many big names in Hollywood, such as Danny Trejo and John Turturro.

Many people believe this to be the case with Anne Hathaway as well.

While she certainly has her share of gritty and dramatic roles, such as Catwoman, some of her best-known roles are upbeat, bubblegum-fresh princess characters.

Many people find this type of character grating, but even more so, some people may feel that Anne Hathaway lacks the necessary range to make her a ‘good actor.’

8. She May Seem Self-Centered

As with any other theater kid, Anne Hathaway may come across as craving attention. This leads to her overblown persona, overcompensating for every mood she’s in.

This persona is naturally grating for a lot of people!

9. She Seems Too Polished

Remember the earlier remarks on her Golden Globes speech? It’s time to bring that up once again!

One of the many criticisms of her Golden Globes speech was that it seemed too rehearsed.

In any awards ceremony, recipients may choose to write and rehearse their acknowledgments beforehand, as they will only have a limited amount of time on the stand.

However, Anne Hathaway’s Golden Globes speech came across as being polished awkwardly- she had rehearsed the speech, but like she was playing a character!

When it comes to actresses, in particular, many people may dislike an actress because of her appearance.

As attractiveness is subjective, this can damage somebody’s view of an actress and may even seem like an unjust reason to hate somebody.

Despite that, Anne Hathaway is an actress. Her job is to provide her acting skills and appearance to a film, much like any other actor!

If you dislike her appearance or find her odd-looking, you may not like seeing her in any of her movies.

However, people tend to find Steve Buscemi unappealing, and he is regularly lauded as a highlight of any film he appears in.

11. Because Other People Do

One of the simplest reasons everybody hates Anne Hathaway is that everybody else hates her!

During the 2010s, between her appearances in The Dark Knight Rises and Les Miserables, hating Anne Hathaway became something of a meme.

Denizens of the internet propagated this trend, with some aspects being genuine hatred while others felt in on the joke.

People have always used the internet to spread information and ideas, and hating Anne Hathaway is an idea!

Everybody has actors they like or dislike, but a large portion of people seem to put Anne Hathaway in the latter category! Whether you like her or not, you can see why people don’t!

Don’t let other people influence your opinion! Remember that Anne Hathaway is an actor and attempts to help create a product for you to purchase. Watch her movies and make your choice!