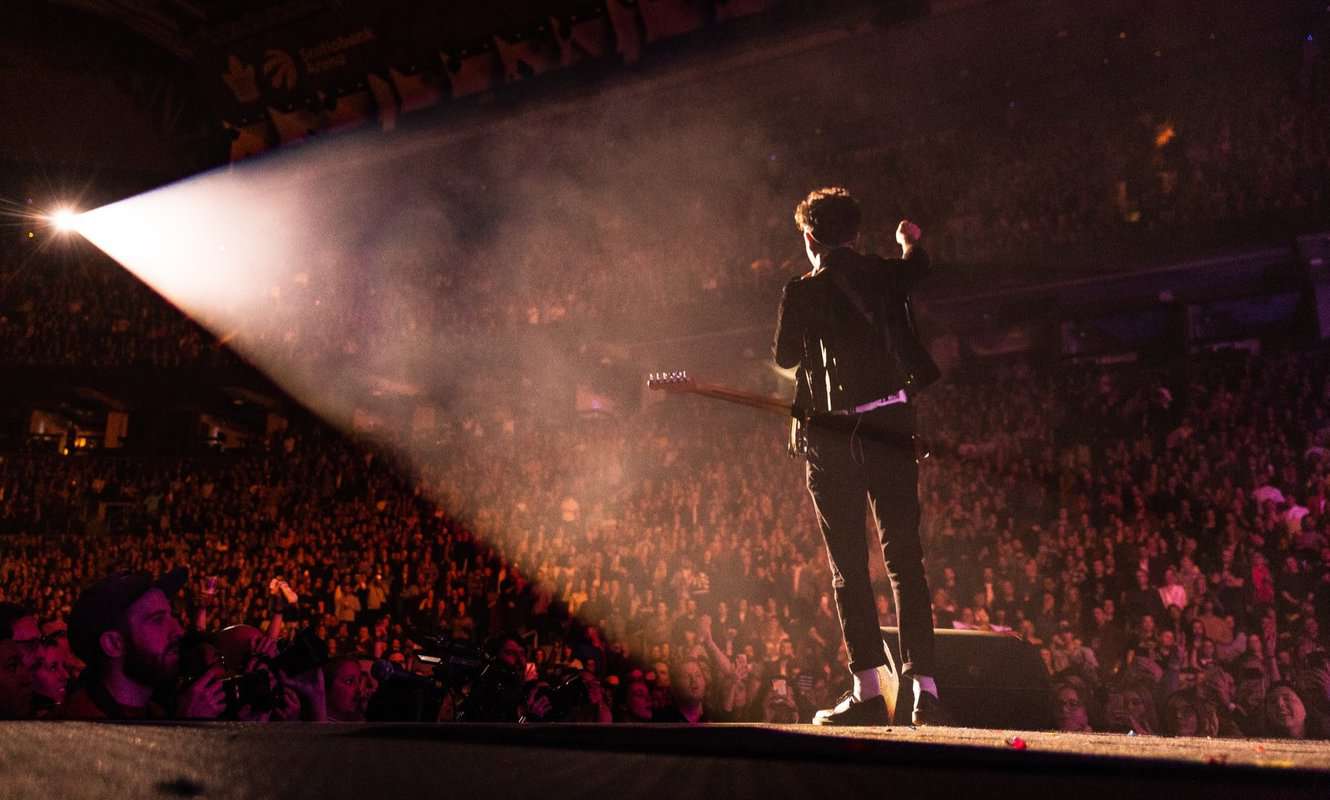 Celebrities track a lot of attention, even for the most mundane stuff. Whether you condone this behavior or not, it’s normal to wonder why it’s so easy to get star-struck by famous people.

Is there anything particularly appealing that comes with fame, or do people just envy the spotlight? That’s what we’re about to find out!

Why Do People Care About Celebrities?

1. Parasocial Relationships Are A Thing

Although the term “parasocial relationship” has recently gained buzz, it’s not a new principle at all. In fact, the notion traces back to the 1950s.

The term might sound too clinical, but the gist of it is that people often create an “illusionary friendship” with celebrities.

When social media puts these celebrities’ lives closer to us, every minor update about our favorite stars suddenly feels very relevant and inexplicably personal.

Despite seeming one-sided, these relationships aren’t necessarily unhealthy, though. At least, as long as things don’t take an obsessive turn.

However, this style of interaction will never be a replacement for genuine and healthy platonic relationships. Instead, the two complement each other and enrich our lives.

While celebrities are far from perfect, their lives can be very appealing with fame, beauty, money, and social influence.

In a way, celebrities are the epitome of many idealizations and fantasies that go through our brains on a daily basis.

Have you ever heard of “living vicariously” recently? Well, for some people, following up with famous figures is a tool of escapism.

You get to numb up the real world for the duration it takes to finish an episode of reality TV or scroll mindlessly through social media feeds.

Admiring luxurious lifestyles is a fantastic motivator to keep up with the news cycle, but it’s not far-fetched to imagine that some fans genuinely appreciate their favorite celebrity’s talent.

In that case, it’s only normal to want to express your admiration and share your thoughts publicly.

This pattern can be particularly true for people pursuing the same field or art form as the celebrity.

For instance, someone taking up singing is much more likely to keep up with artists they look up to for inspiration.

4. Basking In The Risk-Free Drama

We might not love drama when it takes over our own lives, but when it’s someone else’s? Now, that’s not so bad for entertainment value.

Gossiping is often painted in a negative light, but at this point, we can hardly deny that it’s so ingrained in human nature. In fact, people rarely intend harm when they gossip around.

We never know what drives us to seek out juicy information about other people. Yet, that doesn’t take from the fun of analyzing someone’s behavior with your friends.

Plus, celebrity gossip is often way better than typical watercooler chat or fallouts in your friend group. That’s because this drama doesn’t affect your life one bit, so it’s virtually risk-free.

In certain cases, we don’t keep up with a celebrity’s life because we enjoy gossip. Instead, sometimes, it’s just out of empathy.

Remember that not all the attention that famous people get is positive. So, more often than not, you might see a celebrity getting dragged on the internet for something harmless.

From here, you could end up feeling sorry for them. Maybe you’ll even decide to stick around and see how the story ends. Soon, you’re following all updates from that star on the regular. 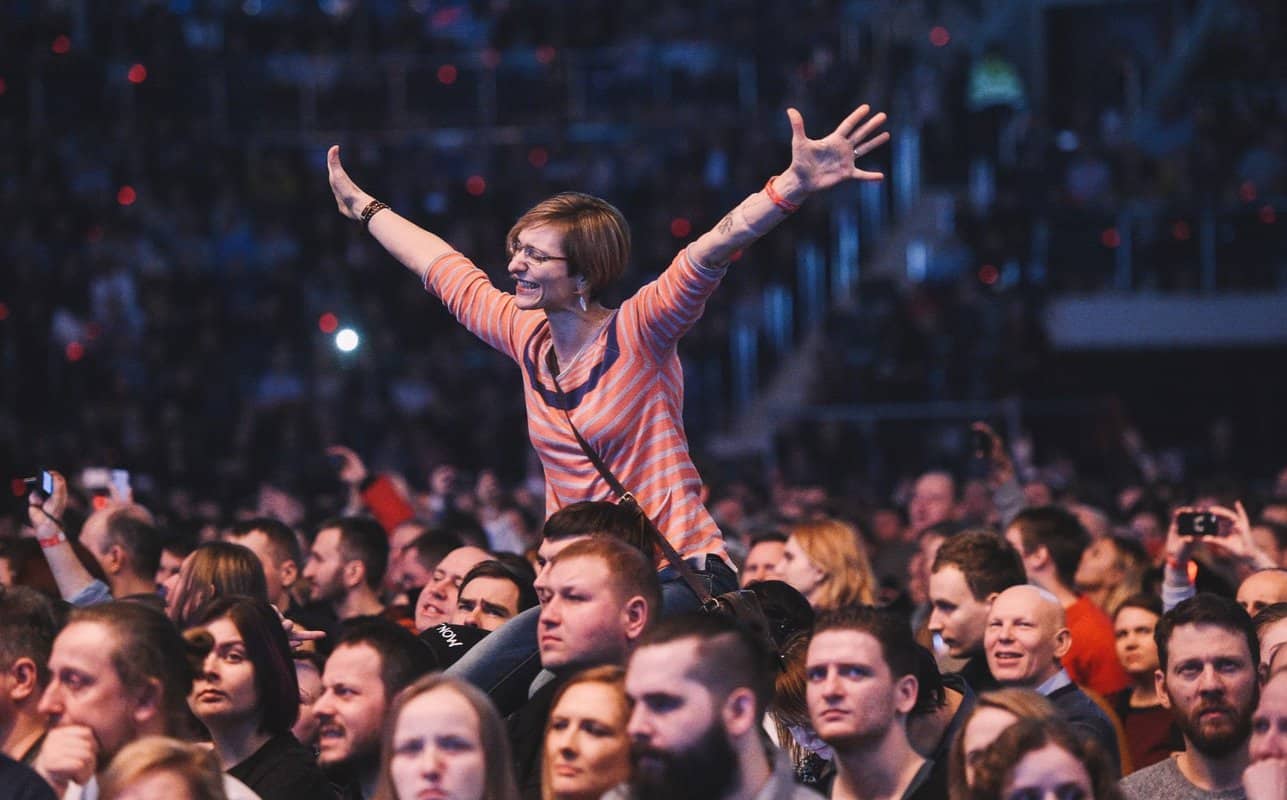 Following up with stars isn’t all bad.

Something as simple as crushing on the same actor or following a certain celebrity’s drama can bring people together. That’s painfully obvious in how fan forums encourage virtual friendships.

Read More:  Why Do Celebrities Cover One Eye? (7 Reasons Why)

Yet, this also applies to real life. Picture this:

You’re out with a bunch of new people and running low on small-talk material. Then, all of a sudden, you realize that this guy likes the same band you love. Bam. You’re now instant friends.

When you look at things from this perspective, caring about celebrities can actually help people become socially adept, especially in casual interactions.

7. Nobody Likes Feeling Left Out

Just like how following celebrities’ news can bring people together, it can also push others (who’re not as hooked up) out of the loop.

Ever tried stepping off social media for a couple of days? By the time you get back, it’ll feel like you’ve missed a ton, which can make quite the dent in your day-to-day social interactions.

For many people, keeping up with the recent trends is only a matter of playing catch-up.

When every conversation has a bit of Kardashian this or Bieber that, you’re more likely to cave into the peer pressure and see what the whole fuss is about.

Celebrities often get the chance to sport the kind of fashion choices that many people don’t have access to, either because it’s too expensive or wildly impractical.

Now, these fashion choices—whether you love them or hate them—can awaken the inner fashion critic in many people.

Celebrities are the trendsetters of today’s world. This power, in itself, can attract a following.

Sometimes, people might keep up with celebrities who use their platforms for the greater good to keep an open mind on new topics, like charities or awareness.

Take, for instance, how Orlando Bloom and Katy Perry became UNICEF Goodwill Ambassadors to support healthcare for children all around the world.

On the other side of the equation, interacting with a famous person on social media can also be the perfect chance to divert attention to an important cause or promote a message.

10. Nostalgia Pulls You In

While many people associate hardcore fans with teens, no age group is immune—not really.

Regardless of whether you’re a millennial, boomer, or even a gen-z, keeping up with an actor that starred in your favorite childhood movie can bring back a sweet whiff of nostalgia.

Celebrities can also bridge between generations, so maintaining a casual interest in their lives gradually becomes a family thing.

Today, the internet has made it so easy to follow up with singers, athletes, and even politicians from all around the world.

It’s actually hard to fade their news from your life, even if you tried.

Everywhere you go, you’re bound to come across a celebrity’s viral tweet, a new Hollywood scandal, or a dazzling music video that just dropped the other day.

With such a broad and accessible base, it’s only normal that many people would take up the opportunity. After all, some of us have got insatiable curiosities to satisfy!

So, why do people care about celebrities? There are a bunch of different reasons why famous people are so interesting, from impressive talents to setting fashion trends.

Wanting to follow a celebrity doesn’t have to be a bad thing. Instead, you might even end up with a benefit or two. Just keep a positive attitude and make sure it doesn’t eat up your time!