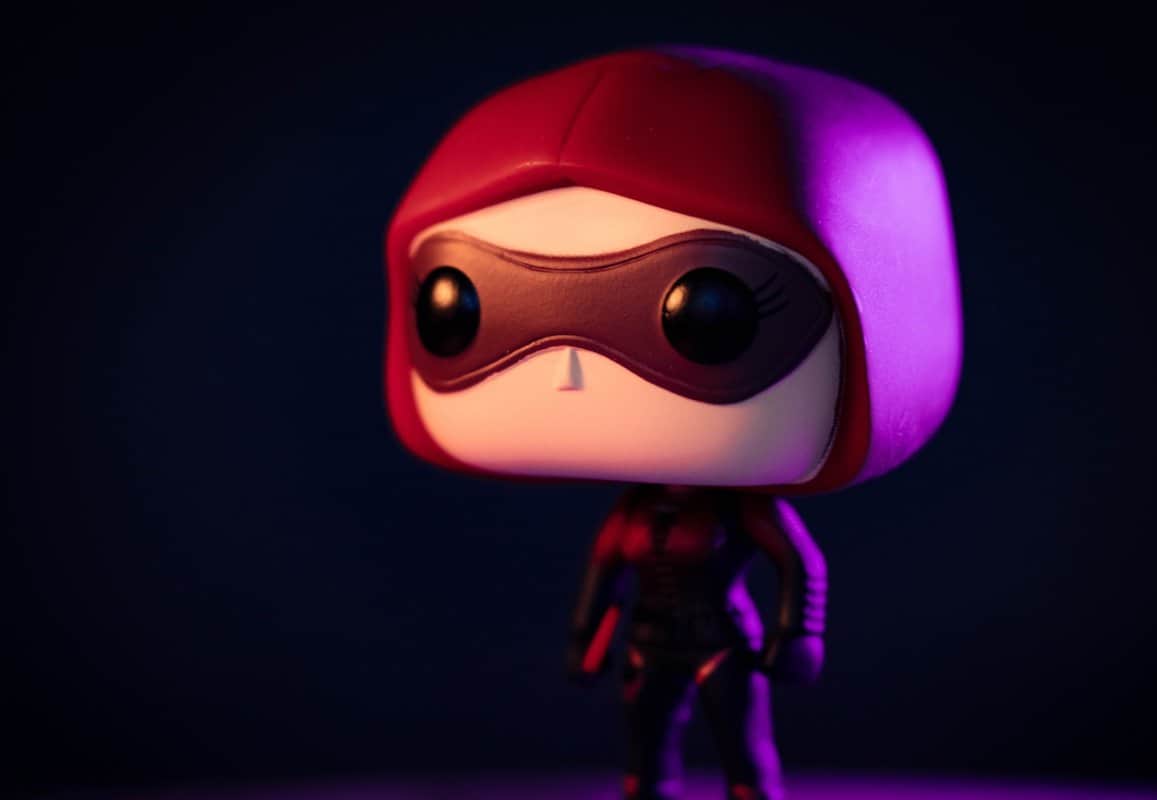 Recent years have seen a rise in popularity for Funko Pops. As they began to appear in stores, more people started buying them. So, why are Funko Pops so popular?

There are various reasons why that might be, including their high quality and reasonable price. Let’s look more closely at the reasons Funko Pops have become so beloved among collectors.

Why Are Funko Pops So Popular?

Affordability is presumably one of the main reasons for Funko Pop’s popularity. Their pricing is significant because Funko Pops are marketed toward collectors.

Other rival brands could cost a lot, making Funkos stand out. New Funko Pops can start as low as $15, depending on rarity.

Other collectible figurine brands, meanwhile, can run as much as $99. Because of their low price, Funko Pops are accessible to more people, which is why Funkos are even more popular.

Depending on availability, the value of Funko figures increases over time.

This happens because of a process known as vaulting. An item’s value rapidly rises after it’s permanently removed from manufacturing.

It’s good to keep in mind that a Pop figure’s value increases depending on how rare it is.

Alex DeLarge Clockwork Orange Funko is an example of that. Only twelve of this Pop were made, making it one of the rarest Funko Pop figures.

Additionally, the boxes have the signature of the CEO of Funko Pop at the time. This significantly increased the value of the Funkos. Currently, this item costs about $13,600.00.

Funko Pops are quite adorable and distinctive characters. They possess a few traits that set them apart from competing brands.

Funko Pops’ heads are one of their most striking features. They have small bodies and big heads. Depending on the character, they may also be without mouths and have large eyes.

Read More:  Why Are Octonauts Toys So Expensive? (7 Reasons Why)

With that being said, every figure has a distinguishing feature. For instance, the Winnie the Pooh figurine has a red shirt and a container of honey.

Including all these unique characteristics makes the figures fun, cute, and nice to display, which is highly appealing to people.

Even though these figures are small, they’re crafted from high-quality materials.

Vinyl, a type of plastic, is the key material for making Funko Pops.

They’re made in a method that creates a hollow vinyl casing of a figure. This aids in both the figure’s weight and its somewhat malleable texture.

Despite being small and light, the figures don’t break easily. Even the bobblehead Pops have strong springs.

Because Funko Pops make figures for many different fandoms, they currently have a big licensing range, which is approximately 150 licenses.

Some of these licenses include Disney, NBA, Marvel, Lucas Films, and DC Comics. This is great since you’d also be supporting the main company as there’s a formal partnership.

However, licensing clashes do occasionally arise. For instance, Star Wars and Marvel characters are all bobbleheads to avoid licensing issues with Hasbro.

By turning normal figures into bobbleheads, Hasbro—which produces non-bobblehead figures from these franchises—will not be in conflict with Funko Pops. 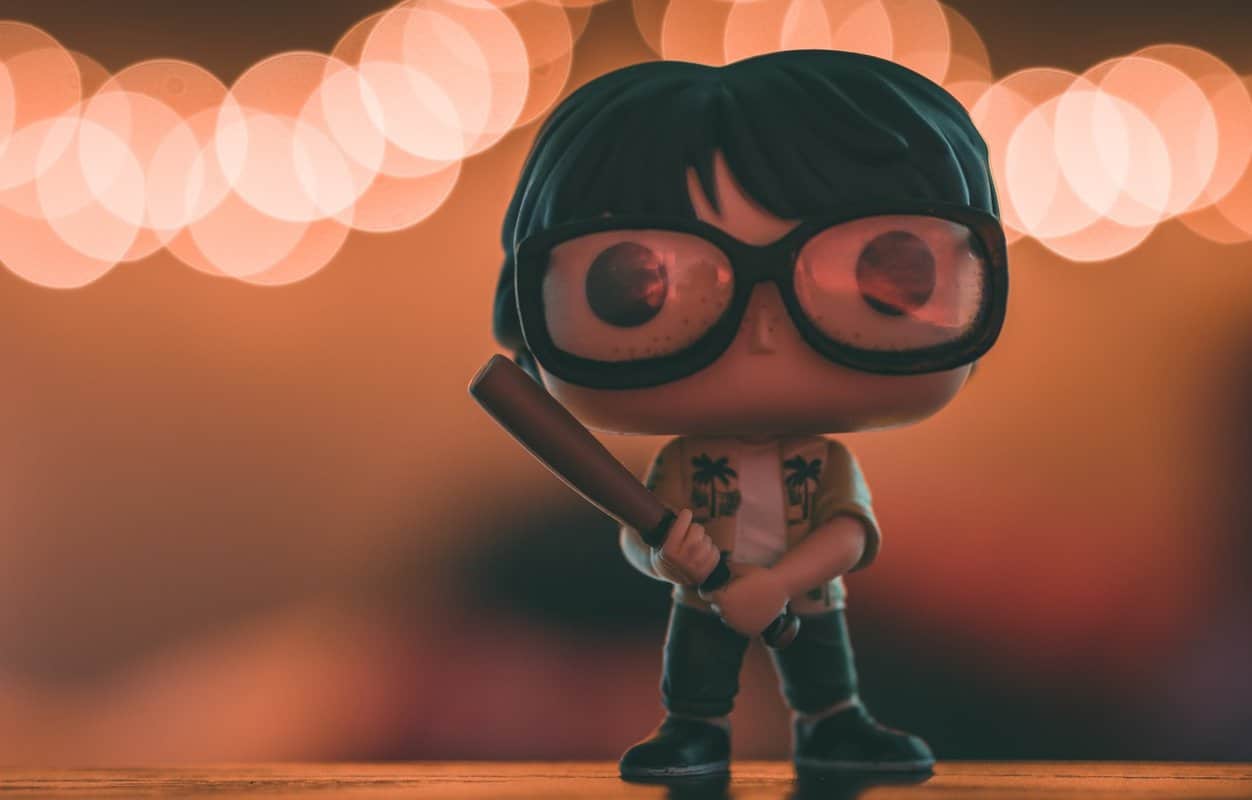 Funko Pops create a wide variety of Pops based on movies, TV series, and video games.

Because of that, some people may like these figures for their nostalgic feel.

For instance, Tom and Jerry Funko Pops are available. So, a lot of people start collecting these figures as a way to reminisce about their childhood.

Not only that, but current and new figures may evoke some nostalgia in the future.

If you purchase a figure of a character from your favorite game today, you’ll most likely feel sentimental about it ten years from now.

Read More:  Why Is Warhammer So Expensive? (11 Reasons Why)

These pops are only available for a limited time before they’re discontinued. That’s why these figures may be more expensive than usual.

Due to their scarcity, their value will increase significantly over time.

An Iron Man Funko Pop from Avengers Endgame, for instance, was a deluxe edition and isn’t widely available anymore. It cost about $22.64 when it was first released.

These days, you may find this Funko on eBay for a considerably higher price. Some people list the figure for $50 to $60.

One great thing about Funko Pop is that it has something for everyone.

More than 20,000 different Funko Pops are available. They have figures for celebrities as well as from many different media.

Many Funkos with movie themes are available if you enjoy watching movies. You’ll also find something for you if you enjoy anime and video games.

If these things don’t interest you, but you like sports or music, you’ll find some of your favorite celebrities’ figures marketed as well.

As a result, there’s a huge, endless supply of Funko Pops. When more pop-culture events happen, more figures will be available. Hence, your library of collections will continue to grow.

9. Suitable For All Ages

These Funko Pop figurines are appropriate for everybody, whether they’re adults or children. Adults can collect the figures and take pleasure in their display.

Kids, on the other hand, can collect them, as well as play with them. Although Funko Pops weren’t made to be playable toys, it’s still possible to use them as such.

Additionally, Funko Pops are recommended for children aged three and up. Since the figures don’t have any small parts that could pose a choking hazard, they’re suitable for kids.

Read More:  Why Are American Girl Dolls So Expensive? (7 Reasons Why)

Whether a collector or a casual fan, Funko Pops always make a great gift. Since they have a wide variety of pop culture figures, you can find something to give to a friend or family member.

Their selection is constantly expanding, so there is always something interesting to find. You can select at least one Funko that your recipient will adore.

Additionally, it’s simple to buy because you can get the figurines online with no trouble.

The majority of people who purchase Funko Pops are collectors. Thus, it won the public’s love thanks to their easy to display properties.

There are numerous options for how to showcase or store the figures. It can be put pretty much anywhere, like on shelves or nightstands.

Additionally, Funko Pops would look quite neat and nice even if you left them in their boxes. The box’s shape makes it easier to stack and clean Funko Pops.

With their recent rise in pop culture, many have wondered: why are Funko Pops so popular? These Pops have become well known for a variety of factors, including their low cost.

Yet, the majority of people have been into these figures due to their value increasing over time. Therefore, if you have a big collection of Pops, they might one day be worth something special.

Why Do Motorcyclists Point To The Ground? (5 Reasons Why)