Why Do Motorcyclists Point To The Ground? (5 Reasons Why) 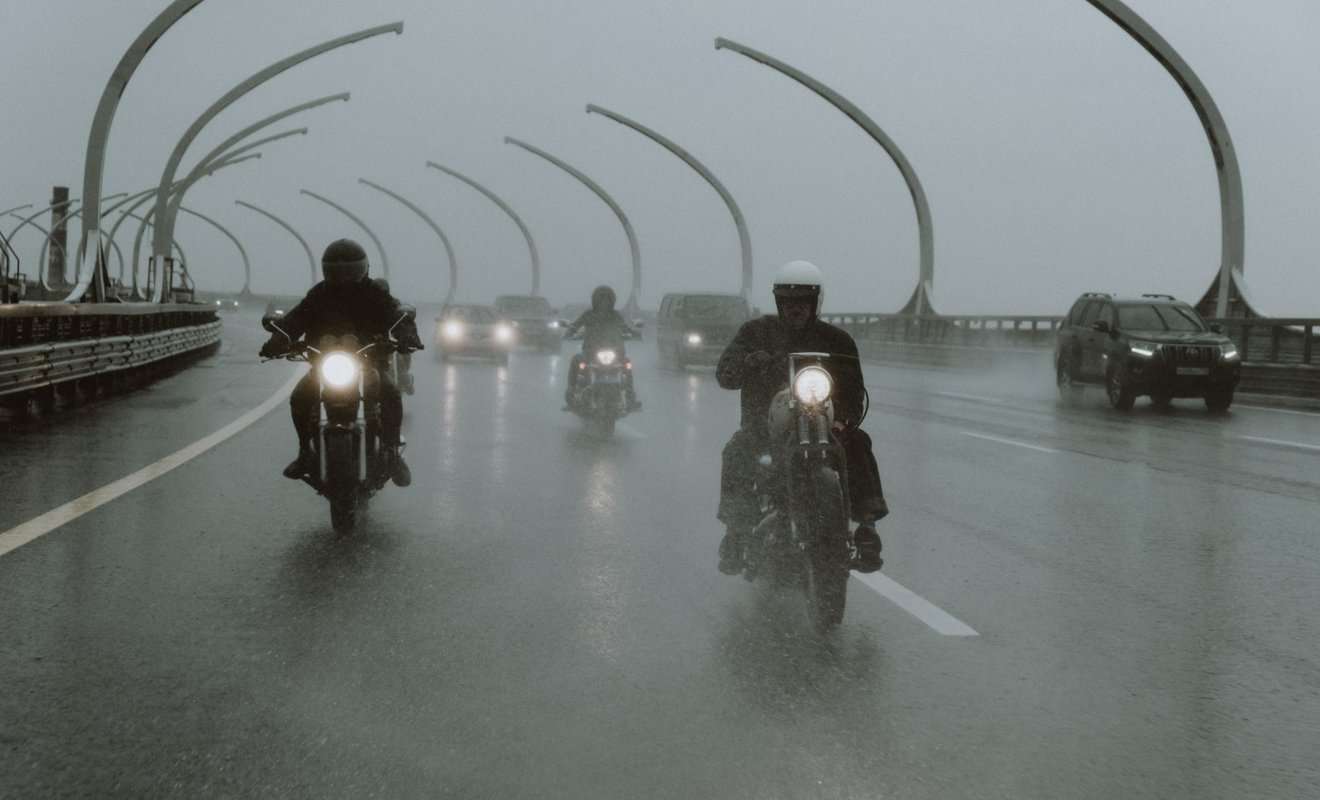 Have you ever driven down the road and noticed that bikers seem to point at the ground as they pass a fellow biker or as they are riding in a group?

You may be wondering what they are doing when they point to the ground, this article gives five answers that should clear up any confusion.

Why Do Motorcyclists Point To The Ground?

When the second world war was on it became a habit for motorcycling soldiers to give the V for victory sign which was instigated by an exiled Belgin and Winston Churchill.

They went on air on BBC radio and proclaimed to make the V for victory sign as a way to rally for the Belgian people who were under attack.

The V for victory sign became so popular that it spread like butter on a hot tin roof and became an international symbol that is still used today.

This became the way soldiers would greet each other when they passed on the road as a way of comradery and solidarity against the war and a symbol of everything they had been through.

If you ask most bikers why they seem to be pointing at the ground you will actually discover that they are really greeting another biker that they pass on the road.

When bikers are waving at each other they don’t actually point at the ground, rather angle their arm slightly and give a one or two-finger greeting.

Certain biker gangs or clubs have their own greetings they may do as they pass one another as well. Particularly the One-percenters who are known for their rowdy behavior.

Some Harley Davidson riders are so hard-core that if you don’t ride a Harley they aren’t going to wave to you, but most are just out for a good time and happy to greet a fellow biker.

Courtesy and patience matter when sharing the road with other bikers and motorists. Giving a wave whether in a car or on a bike is just a nice thing to do and shows some needed kindness. 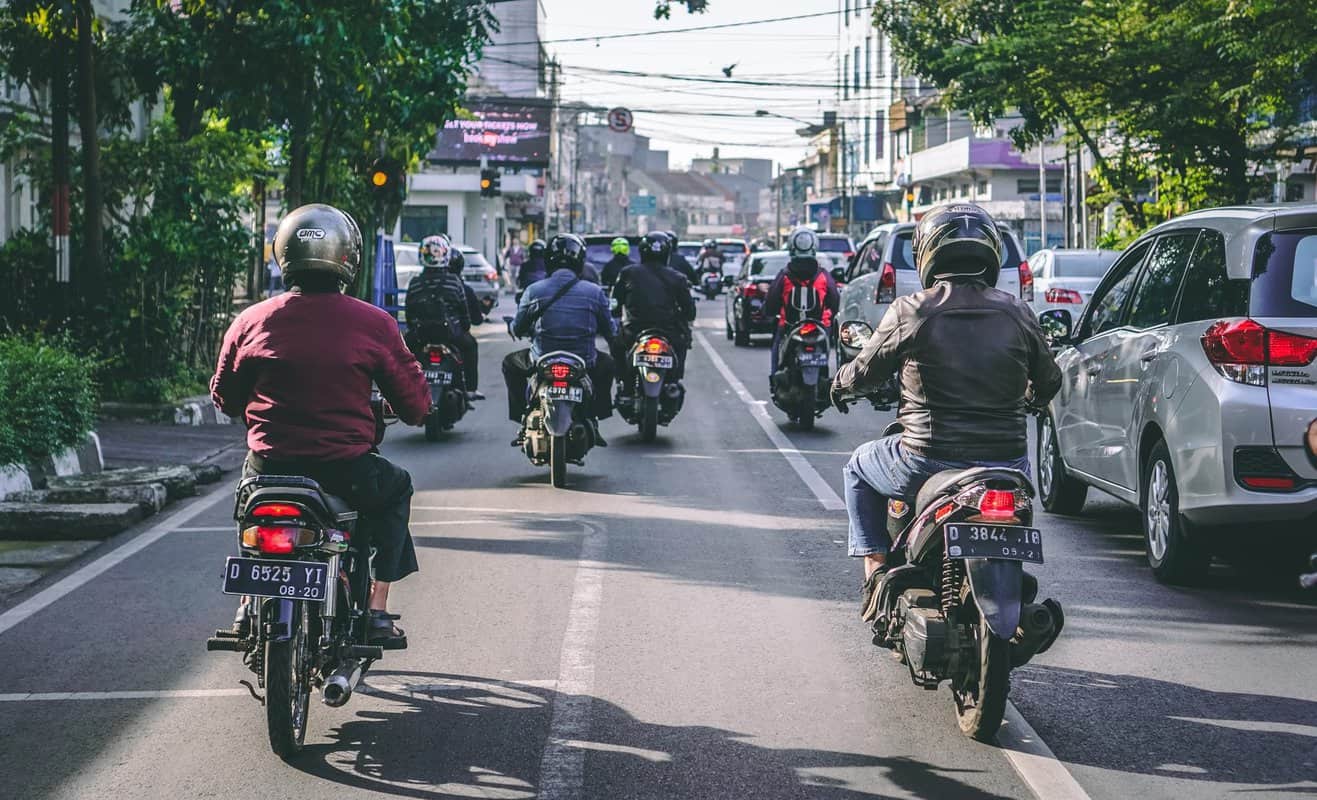 If you are behind a biker and they point straight down at the ground as they pass another rider or if they are with others this could mean a potential road hazard lies ahead.

Road hazards such as potholes, slick spots, or debris can be difficult to see until it is too late so bikers will warn each other of potential dangers on the upcoming road.

Another road hazard that can cause serious injury or death is grass clippings, other bikers will definitely warn you if they see them.

4. Something Fell Off The Bike

Sometimes bikers are taking a trip and have gear strapped to their bikes that can come loose, like a backpack or saddle bag.

Other times a part may malfunction or vibrate lose and fall off and fall into the path of other bikers. Either scenario can be dangerous and should be avoided.

If a biker has something fall off of their bike they will generally point at the ground to warn other riders of the risk so that they do not hit whatever fell onto the road.

This also gives them a chance to stop and pick it up if they can and return it to you if circumstances work out correctly.

If you are riding in a group your fellow bikers will thank you for warning them that your bike has dropped something.

A common reason a biker may seem to be pointing at the ground is to notify other drivers and bikers that they are about to make a turn in one direction or the other.

There are many hand signals a biker may use to notify automobile drivers and other bikers of their intentions.

Hand signals can include that they are taking a left turn, a right turn, or that there is a potential road hazard. They can also signal that they are going to be stopping to avoid any collisions.

Read More:  Why Are Boat Engines So Unreliable? (9 Reasons Why)

It can be difficult for an automobile operator to always see a motorcycle’s turn signals so for safety’s sake many bikers will also use hand signals to be sure they don’t get run over.

Hand signals should never be ignored by automobile drivers who are following a biker because it could end up in serious injury or death.

To learn more, you can also read our posts on why people tailgate, why someone put your windshield wipers up, and why Arizona vehicle registration is so expensive.

As you can see, when a biker points at the ground it can be an indication of multiple things, but generally, they are just saying hello as a courtesy to the other riders.

It is important to keep a safe distance from a motorcyclist and keep an eye out for hand signals like the ones discussed here so everyone can be safe and happy on the roads.