Why Do People Tailgate? (11 Reasons Why) 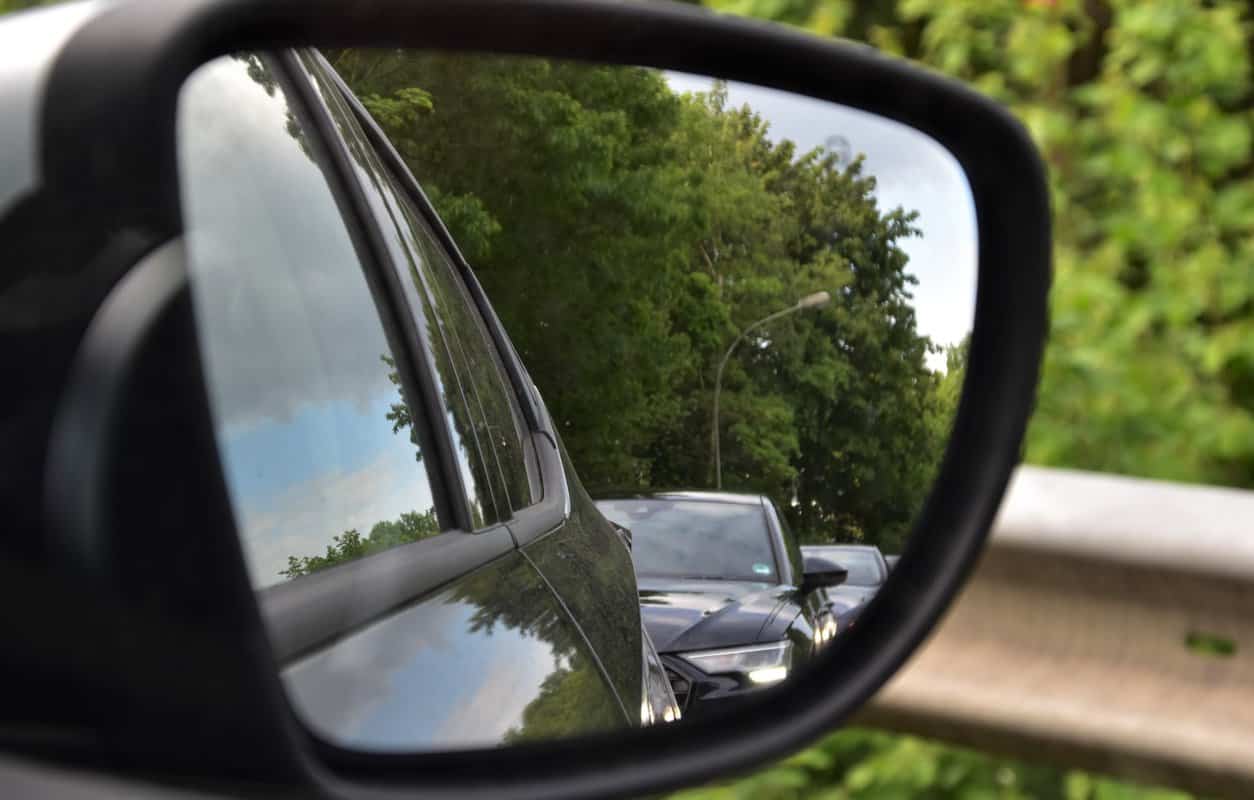 Imagine you are happily traveling down the road in your vehicle, minding your own business when you realize that some inconsiderate blankety-blank is practically riding on your bumper.

What is it that makes people drive so aggressively and thoughtlessly when they get behind the wheel? Continue reading to learn 11 reasons why people tailgate when they are driving.

Why Do People Tailgate?

1. They Are Angry With Your Driving

It is common for one driver to tailgate another driver if they feel the other driver has wronged them in some way or if they do not like the way they are driving.

The person who feels they have been wronged may be acting out as a way of showing the offender that they have done something wrong in the opinion of the tailgater.

Admittedly other drivers can be inconsiderate or unsafe but retaliating by tailgating is not a safe solution to the problem.

2. Some People Are Naturally Aggressive Behind The Wheel

With so many personality types in the world, it is not surprising that some people are just naturally more aggressive when they get behind the wheel of a motor vehicle.

For some reason when certain people get in the car they feel that they are impervious to the rules of safety and general courtesy toward others.

Many people get into their vehicles and suddenly feel like they are the world’s toughest gangsters and they can treat others as though they are the dirt on their shoes.

It is similar to how people act on social media; they get behind the screen and become rude, tough, and hurtful because they are not face to face with the person they are insulting.

3. Not Thinking About Other Drivers On The Road

Sadly, we live in a world that is quickly becoming increasingly selfish; people are habitual tailgaters because they don’t care about the safety of other drivers on the road.

Read More:  Why Is Mercedes So Dominant In F1? (7 Reasons Why)

So many people are so absorbed in what is important to their lives that they don’t worry about whether they are endangering others with their aggressive and unsafe driving techniques.

Everyone is in a big rush to get to their destinations with little consideration for what other drivers are doing or why they may be going slower than desired.

4. Off In La La Land Or Under The Influence

A very common reason people tailgate while they are driving is that they just aren’t paying enough attention to the road.

There are a lot of distractions on the road so it is not unusual for people to forget their manners as they are fiddling with their music, hollering at children, or choking down a quick burger.

If people are operating their vehicles while under the influence of illegal drugs or alcohol their driving will likely be impaired which is another common reason people will tailgate.

5. On A Schedule And Trying To Rush

Let’s face it, we all run late from time to time and it can cause us to rush; in this world of strict appointments and deadlines, a lot of people are in a rush to get where they are going.

Semi-truck and other delivery drivers are on a schedule that must be kept, for this reason, they are more impatient when they get behind someone who is not going as fast as they would like.

When people are in a hurry they are less considerate of others and may become more pushy and aggressive than they usually are; running late only adds to this behavior.

6. They Think They Are Race Car Drivers 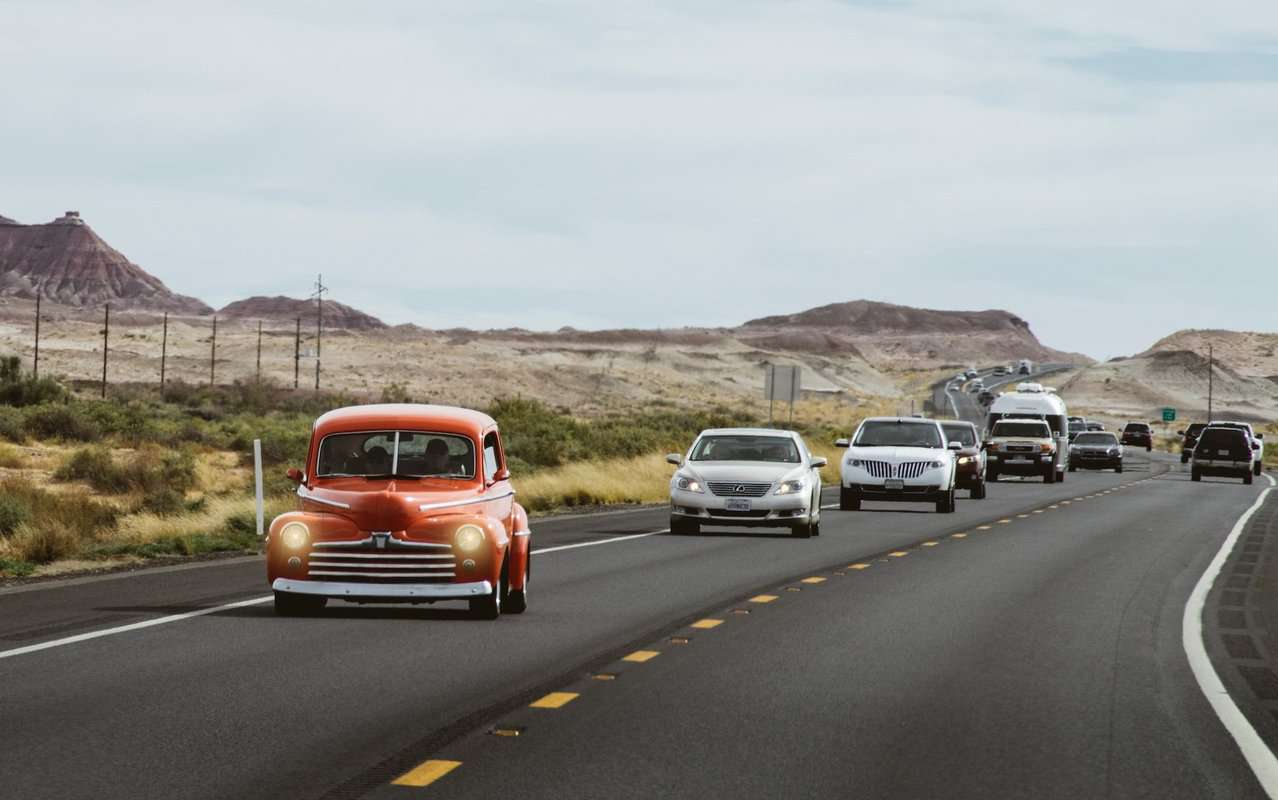 Some people just like to drive fast and if they get behind a driver who is more concerned with getting to their destination in one piece they can become a little aggressive by tailgating.

Read More:  Why Are Mini Cooper Oil Changes So Expensive? (9 Reasons Why)

In their minds, they are racing the Indy500 and want to get wherever it is they are in a hurry for in as little time as possible.

This can be especially true for people who do a lot of driving on a daily basis because they are always trying to get somewhere fast.

7. Trying To Get Your Attention

One reason a driver may tailgate another driver is to warn them of an issue or get their attention for one reason or another; this may be especially true if people are traveling together.

The vehicle being tailgated may have a part hanging down, a flat tire, or some other mechanical issue that they are not aware of.

If they do not have cellular phone access tailgating may be the only way they can warn their travel companions of what is going on or that they need to stop.

The tailgater is trying to prevent the other car from having an accident or hurting someone with flying debris from their vehicle.

Inexperienced drivers can be dangerous because they are still learning how to control the vehicle and judge distances.

It can take a new driver some time to become accustomed to how they need to control their foot to maintain their speed.

Some new drivers do not realize that it takes a vehicle more than a second to stop and stay too close to others because they’re not familiar with the vehicle or how to maintain a safe distance.

With so many vehicles traveling the roads and highways today, there is an annoying amount of traffic and construction work causing serious delays and lots of aggressive drivers.

If you fight traffic regularly or are stuck in a construction zone you know exactly how frustrating it is when you are sitting there forever and some jerk tries to drive down the side and cut in.

Read More:  Why Is Zipcar So Expensive? (7 Reasons Why)

Many people will tailgate other vehicles while in heavy traffic for the simple reason that they are not about to let some entitled driver skip ahead of the people who have been patient.

This world is full of people trying to make a quick dollar at someone else’s expense. It’s not a pleasant thought but sadly it is true.

Some unscrupulous people will purposely tailgate in hopes that you will make a mistake and they can blame you for their damages or injuries.

Insurance scammers became such an issue that many states have become “no-fault” states meaning that the person who was tailgated will not be held responsible for injury or damages.

It is not uncommon for drivers to tailgate one another if it is extremely foggy or if road visibility is poor, especially during the nighttime hours.

If visibility is low drivers may follow others closely to keep their taillights in view so they can stay on the road and not drive into the ditch.

To learn more, you can also read our posts on why your car turns off when you stop, why motorcyclists point to the ground, and why someone put your windshield wipers up.

There are many logical reasons as to why so many drivers are tailgating each other but one thing is for sure, it is not safe and should be avoided.

The only thing that can come from driving too close to someone’s bumper is damage and aggravation which could have been avoided by practicing safe driving techniques.

Why Do Men Wear Jock Straps? (7 Reasons Why)

Why Are Wedding Dresses White? (11 Reasons Why)