Why Are Harleys So Expensive? (11 Reasons Why) 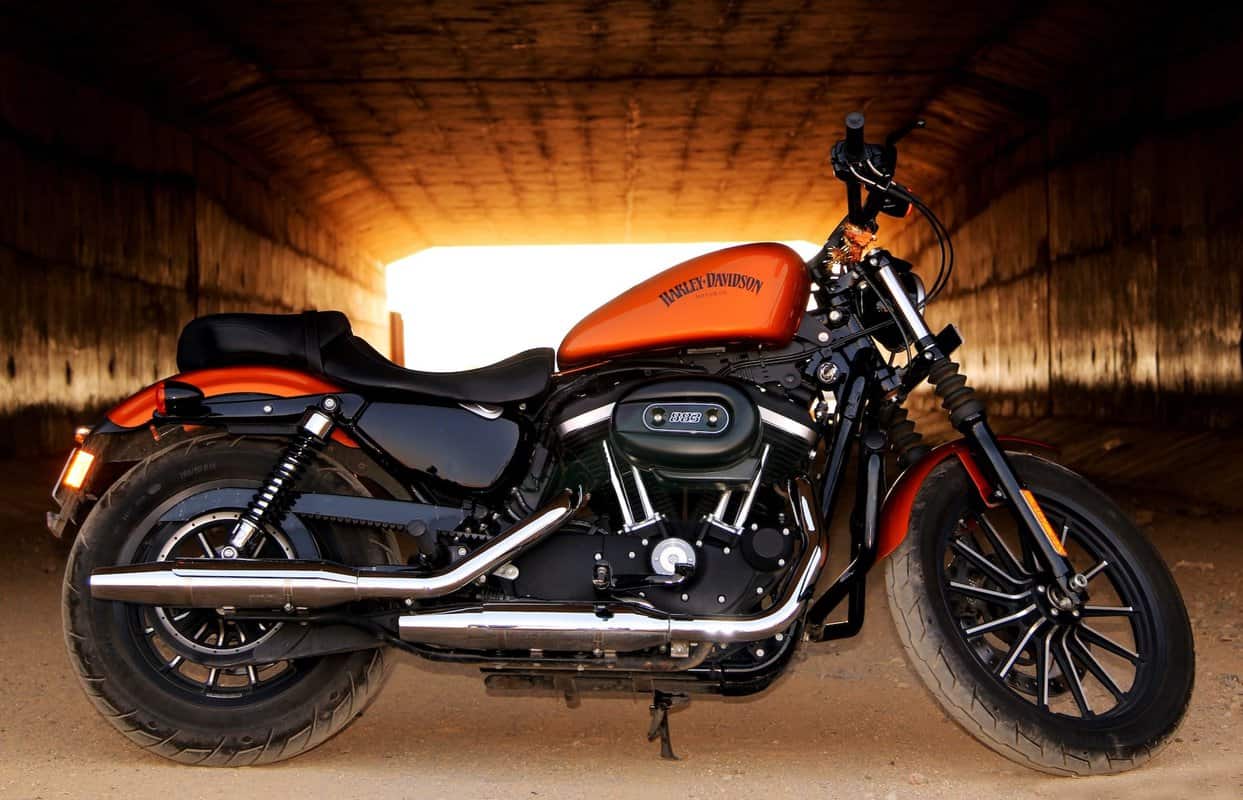 With their signature architecture and familiar sound, Harley-Davidson bikes are widely perceived as occupying the highest tier of motorcycles.

Such a high distinction comes at a steep price, however, so here are 11 reasons to help explain why Harleys are so expensive.

Why Are Harleys So Expensive?

Harley-Davidson is a premium brand, not just in the world of motorcycles or compared to other modes of personal transportation, but in the vast realm of material possessions.

Harleys have become bona fide status symbols, not necessarily in terms of wealth, but more as indicators of one’s independence, sense of adventure, and yes, rebellious streak.

Owning a Harley conveys a unique message and for many riders, it is a profoundly meaningful form of personal expression each time it is taken out for a ride.

For this reason alone, Harleys are highly cherished by their owners who are willing to pay a pretty penny for the brand and what it represents.

2. They Are Built To Last

Harleys are known for their distinctive designs, but they are also well-made. These motorcycles would not be as popular as they are if they were unreliable and troublesome to maintain.

After all, good looks alone will not justify the cost of owning a Harley and its distinctive styling would go to waste if the bike spends more time in the shop undergoing repairs than out on the open road.

As Harley owners are likely aware from their own experiences and those of their fellow H-D riders, these motorcycles are reliable and built to last.

In fact, according to a recent survey, as many as 70% of all Harley-Davidson bikes ever built (they have been in production since 1903) are still in working order and roadworthy.

Harleys are purchased for any number of reasons. They can serve as a primary mode of transportation, they can be taken out for leisurely weekend rides or they can be showpieces that are rarely ridden.

Read More:  Why Are Used Teslas So Expensive? (11 Reasons Why)

Whatever the motivation for owning one, Harley owners can rest assured that they are making a good investment when purchasing these motorcycles.

Harley-Davidsons are undeniably expensive, but they retain their worth years after purchase and have a high resale value in the used bike market if the time ever comes to part with one.

With their distinctive lines and architecture, Harleys are a style icon in the world of motorcycles. But they are not all for show; they are quality-built with a high degree of pride and craftsmanship.

For many Harley owners in the US, their bike ownership comes with a sense of pride that not only do they have a distinctive piece of Americana parked on their driveway but also that it is American-built.

Harley-Davidson motorcycles sold in the US come from assembly plants in Missouri, Pennsylvania, or Wisconsin, where the company was originally founded.

In addition, Harleys are still made with mostly American-sourced parts and components – including the heart and soul of the bike – its engine.

Make no mistake, Harleys are expensive and everyone knows it. But their owners are willing to pay a steep price for everything they represent, including the fact the bikes sold in the US are also made there.

For over a century, Harleys have energized the world of two-wheeled vehicles, setting trends and expanding boundaries. Even to non-riders, Harley-Davidsons are icons of the motorcycle space.

So recognizable are Harleys that they are a household name and have extended their reach to become a premium lifestyle brand.

6. There Is Something For Everyone 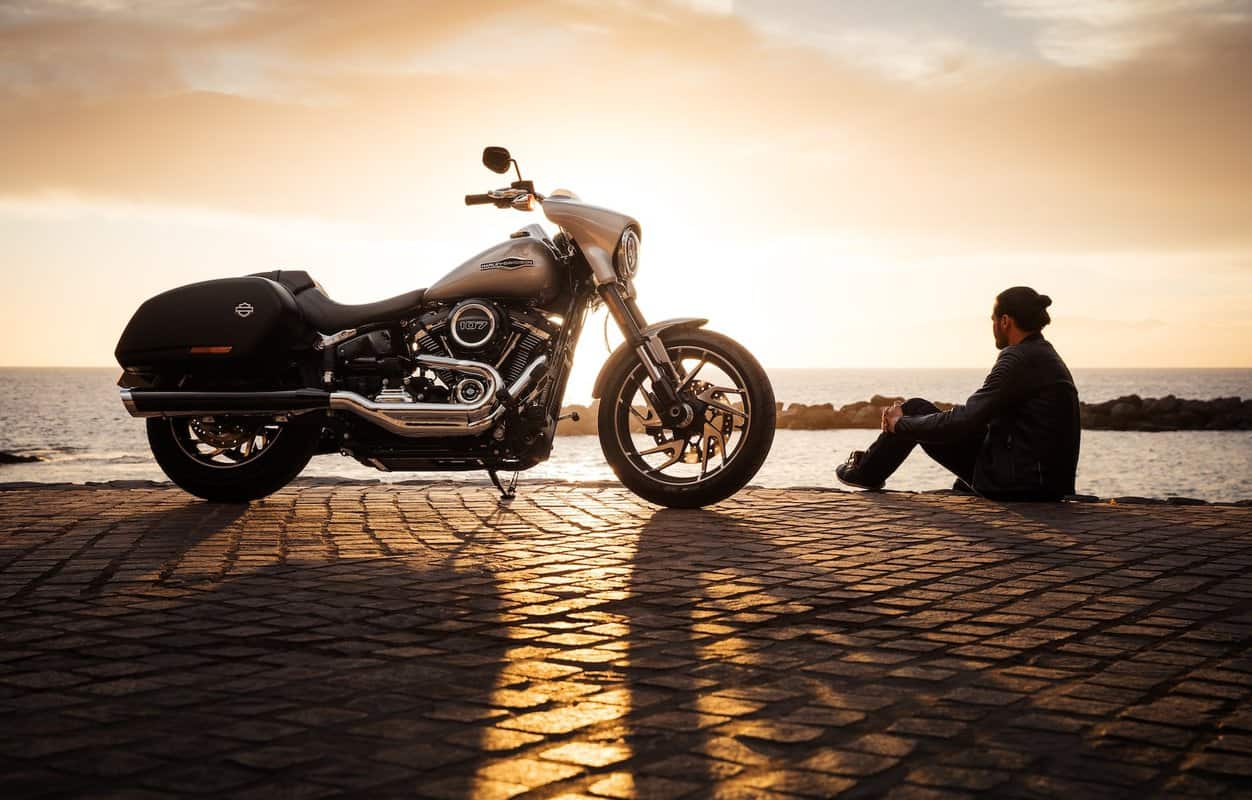 Another reason why Harleys are so popular and pricey is because of their variety. With no less than five categories and multiple options within each, there is a Harley-Davidson model for everyone.

With so many models and styles to choose from, the Harley-Davidson catalog of motorcycles is a diverse but purposefully designed collection of bikes for every type of rider. Here is how they break down:

Read More:  Why Is Jiffy Lube So Expensive? (11 Reasons Why)

Ever mindful of the future of riding, Harley also offers a limited range of electric motorcycles called LiveWire to go along with its gas-powered models.

7. Harleys Can Be Personalized

One reason why Harleys are so expensive (and their owners willing to pay a steep price for their bikes) is the seemingly limitless possibilities for customizing and personalizing them.

With so many ways to personalize these bikes, it is quite possible that no two Harley-Davidson motorcycles are the exact same.

For many Harley owners, the reason for owning this iconic motorcycle is not to commute to work, run errands around town, or even for enjoying the occasional weekend ride.

Their reason for buying a Harley is quite simple – it is just for the privilege and distinction of being able to say that they own one and that they are members of a very exclusive club.

So iconic is the design and styling of Harleys that they are as much of a pleasure to look at as they are to ride, and there is a strong argument to be made that Harley-Davidsons are collector’s items.

Harley owners probably spend more time maintaining their showroom shine than riding them and with good reason. After all, they need to protect their investment.

When purchasing a motorcycle, car, truck, or SUV, it is not just the vehicle itself that is being purchased but also the service network that supports it.

In the case of Harleys, there are over 1,400 authorized dealers worldwide and, in the US, alone there are nearly 700 dealerships across the country.

What this means for Harley owners is that whether taking the bike out for a weekend ride or a cross-country adventure, chances are that if the need arises, help from an official provider is nearby.

Read More:  Why Are Tahoes So Expensive? (7 Reasons Why)

10. A Sense Of Community

If there is one thing that Harley owners have in common, it is a strong sense of community with their fellow H-D riders.

Whether it is an organized motorcycle club or a group of couples riding down to the coast, Harley owners are proud members of an exclusive fellowship even if the membership dues are a bit pricey.

11. Harleys Have The Cool Factor

One of the realities of high-demand goods, be they clothing, gadgets, or modes of transportation, is that the more popular they are, the more difficult they can be to get, and the more expensive they become.

Such is the case with Harleys as they are one of the most prized motorcycles currently in production and their popularity only seems to be growing as more people decide to take the plunge and own one.

With their unique styling and seemingly endless options for personalization, there is an undeniable cool factor associated with Harleys and people are willing to pay a steep price to get in on the action.

Harleys are more than just a famous line of motorcycles. They are a bona fide part of Americana. For their proud owners, Harleys represent even more.

They are a symbol of individualism, style, and a willingness to venture into the unknown. Yes, they are expensive but ask any Harley owner and they would surely say that they are worth every penny.

Why Does Batman Not Kill? (9 Reasons Why)