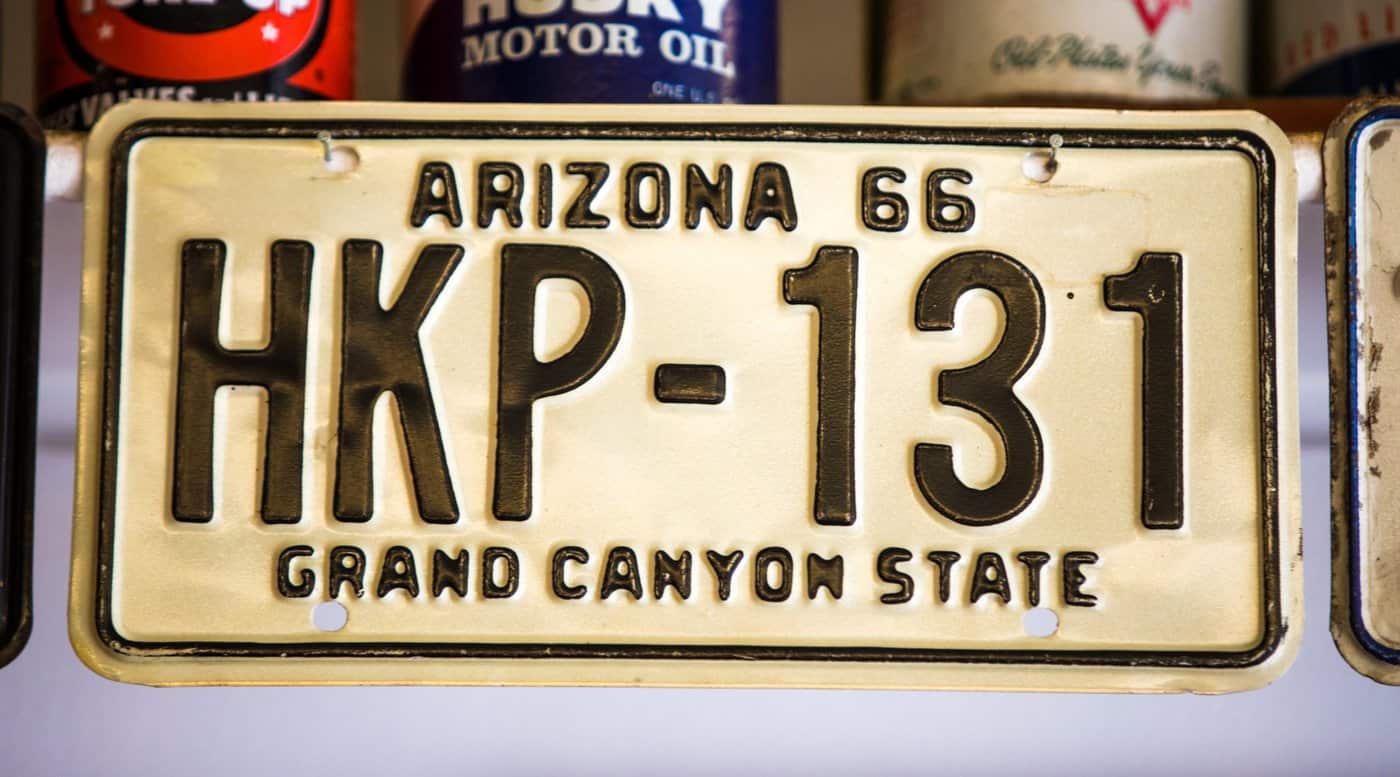 If that’s a question on your mind, you’ve come to the right place. Read on to find out more about the top nine reasons for the high cost of vehicle registration in the Grand Canyon State.

Why Is Arizona Vehicle Registration So Expensive?

One of the biggest factors contributing to the high cost of vehicle registration in Arizona is the vehicle license tax. It’s relatively higher than in most other states.

This tax is calculated as follows:

First, your vehicle’s assessed value is calculated. This is taken as 60% of your car’s retail price in the first year of registration.

In each subsequent year, your vehicle’s assessed value falls by 16.25% to account for depreciation.

You may be wondering where your hard-earned money goes.

According to the state’s legislature, the biggest chunk of vehicle license tax revenue goes towards the State Highways Fund and your city’s general fund.

Another reason why vehicle registration in the valley is so expensive is the plethora of fees you’re required to pay.

Here are some of the fees that must be paid when registering your vehicle in Arizona:

Read More:  Why Are American Cars So Expensive? (11 Reasons Why)

When you look at each fee in isolation, it may not seem like much. However, these fees (with the exception of the title fee) are paid on an annual basis.

As the years go by, these seemingly insignificant fees can add up to quite a large sum.

Public safety fee was a law passed in 2018 in Arizona. It stated that any individual registering their vehicle in the state would be required to pay a $32 annual fee, making vehicle registration in the state even more expensive

All the proceeds from this additional fee went towards funding the day-to-day operations of the Arizona Highway Patrol.

However, this fee caused a massive outcry amongst the state’s residents. It was officially rescinded in 2021 and is no longer in effect.

In fact, the state of Arizona issued millions in refunds to the 200K+ motorists that were charged this fee in its two years of existence.

Low gas taxes in Arizona are also among the reasons why registering your vehicle there is so costly.

Most states heavily rely on the revenues from gas taxes to fund road building and maintenance.

Since these revenues in Arizona are quite low, the state funds its infrastructure through alternative means.

Vehicle registration’s high cost is used by the state as compensation for its low gas tax. In turn, it’s used to fund the state’s roads. 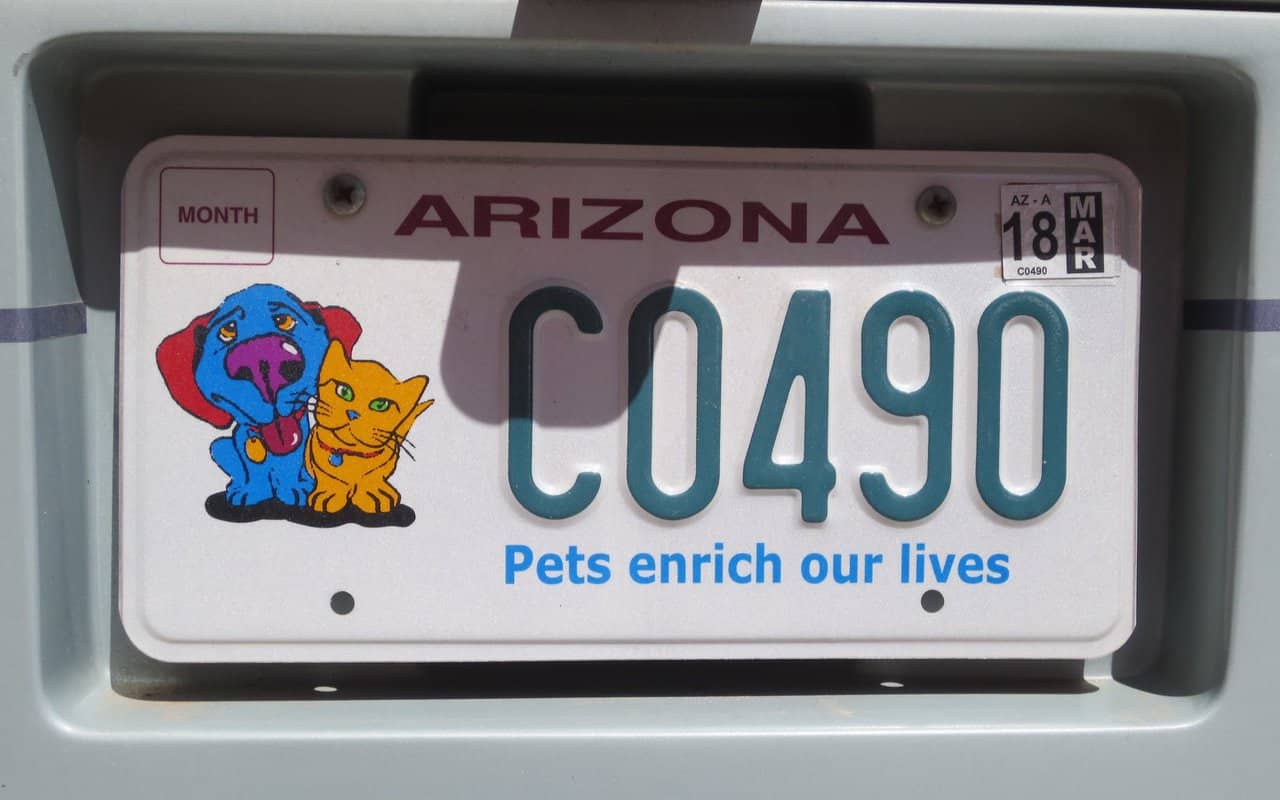 Arizona has a relatively low population with respect to its size. So, the revenue from income tax isn’t sufficient to meet the fiscal needs of the state government and its expenditures.

Read More:  Why Are Car Batteries So Expensive? (11 Reasons Why)

By making the cost of vehicle registration high, the state government seeks to make up for this deficiency in tax dollars.

Auto insurance’s high cost in Arizona also contributes to the expensiveness of vehicle registration there relative to other states.

Arizona is amongst the top 10 most expensive states in the country with regard to auto insurance.

Not only that, but the cost of insurance is also rising at a significantly higher pace than in other states.

Auto insurance in Arizona costs so much because of several things.

First off, Arizona has a higher than average traffic fatality rate when compared to the rest of the country.

Arizona is considered one of the worst states in the country when it comes to traffic. Phoenix is the worst city in the state, traffic-wise.

Vehicle registration’s high cost in Arizona is also an attempt by the state government to combat its issues with traffic congestion.

By making the cost of registering a vehicle so high, the state government is attempting to encourage more people to make use of public transportation.

Their hope is that this leads to fewer cars on the road and, in turn, better traffic conditions.

Despite the fact that Arizona’s major cities have bad traffic, if you look at the state as a whole, there simply aren’t that many registered cars.

Read More:  Why Are Nissans So Cheap? (9 Reasons Why)

Even if not many motorists use the roads in Arizona’s smaller cities and towns, these roads still need to be maintained.

Therefore, the state has imposed higher registration fees and taxes than others in order to be able to fund road and highway maintenance.

Although the state of Arizona ranks as the 7th most federally dependent state in the country, it only comes in at 13th when it comes to federal funding per resident.

This discrepancy means that the funds received by Arizona are lower than they should be relative to its dependence on the federal government.

In turn, the state government uses high vehicle registration costs as means to make up for this.

To learn more, you can also read our posts on why people tailgate, why motorcyclists point to the ground, and why someone put your windshield wipers up.

There are several reasons why Arizona vehicle registration is so expensive. They range from the registration taxes and fees the state imposes to more indirect contributing factors.

If you’re considering moving to the Grand Canyon State, you need to keep in mind that you’ll be shelling out a significant sum each year for your vehicle’s registration.