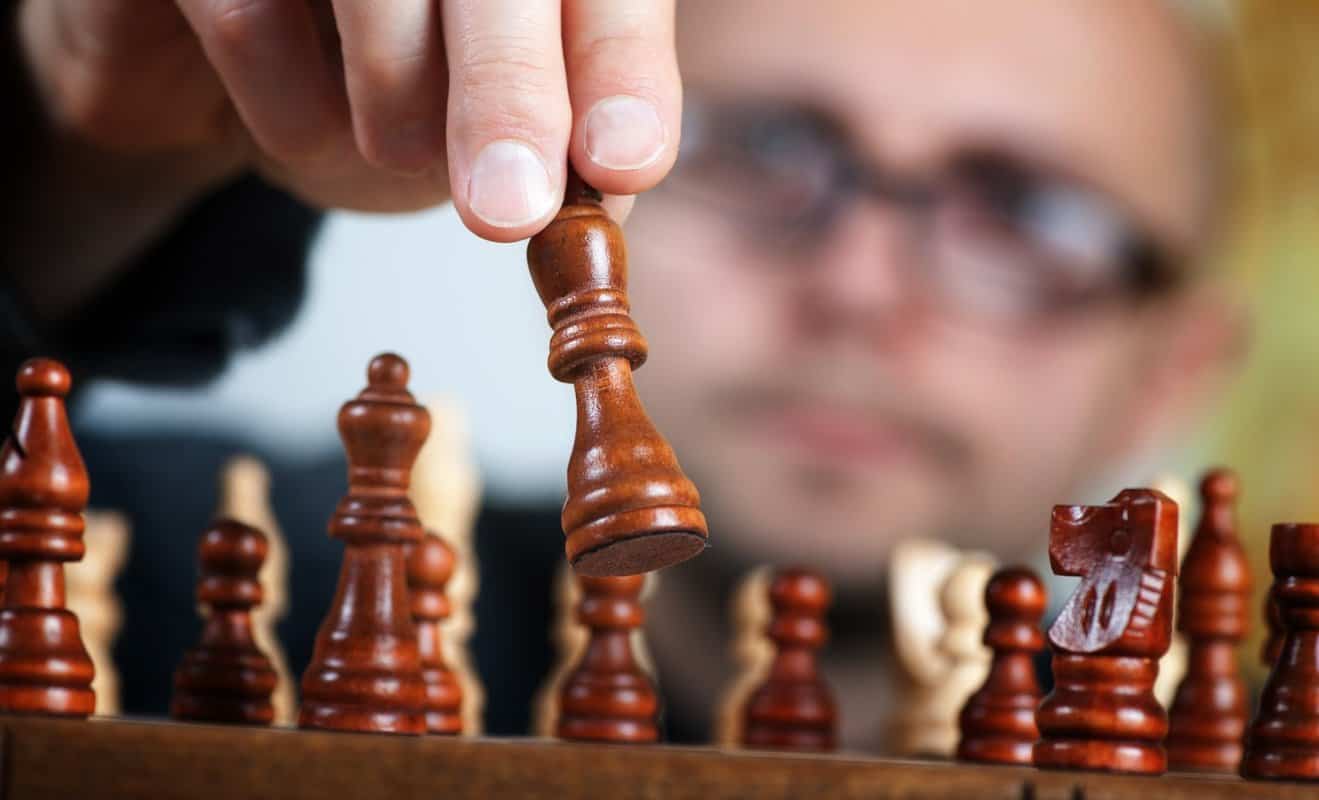 Chess is one of the most popular board games on the planet, and while we’ve been playing classic chess since the 1400s, the game is much older than that.

But despite the popularity of the game, a lot of people find chess somewhat unexciting, which brings us to today’s question “why is chess so boring?” keep on reading to find out!

Why Is Chess So Boring?

1. Lack Of Activity And Movement

In many board games, the lack of physical activity is made up by “always having something going on”. However, chess is one of the few cases where this doesn’t happen.

If we break down a game of chess into the moments when something actually happens, you’ll realize that you spend 95% of the game staring at the board, thinking about the next move.

A lot of people heavily rely on mental and physical stimulation to stay interested in what’s going on. As a result, those people are more likely to find chess uninteresting.

One thing that many people don’t know about chess is that it has many variants and styles that allow 3 or even 4 players to play on the same board simultaneously.

However, when people think about chess, most of us will simply consider the classic game style that involves only 2 players.

In other words, if you’re a group of 3 or more people, playing classic chess will separate the group into players and spectators. Since there isn’t much to look at, things get boring quickly!

Another reason why people find chess so boring is that it’s one of the most difficult games to master.

Of course, some people are born with unique skills that make them instantly better than average chess players.

However, for the average player, chess remains a ridiculously difficult game where most players improve very slowly.

Speaking of “slow”, unless you are deliberately trying to lose the game, you’ll need to take a nice chunk of time to study your possible moves and predict the outcome of each one.

This time consuming process can get even slower as the game moves forward, and the chances of screwing things up increase dramatically!

On the other hand, playing within a time limit where you don’t get a chance to strategize defeats the purpose of the game.

Luck can have a role in almost any competitive game or sport out there. However, when it comes to chess, the game has very little to do with luck.

This doesn’t only make it very easy to predict the fate of the game, but it also means that beating someone more skilled than you is extremely unlikely no matter how hard you try.

Of course, some people are perfectly fine with the significant absence of the luck factor in chess.

However, if you’re one of those who enjoy the thrill of luck and chance, you’ll find chess pretty boring. 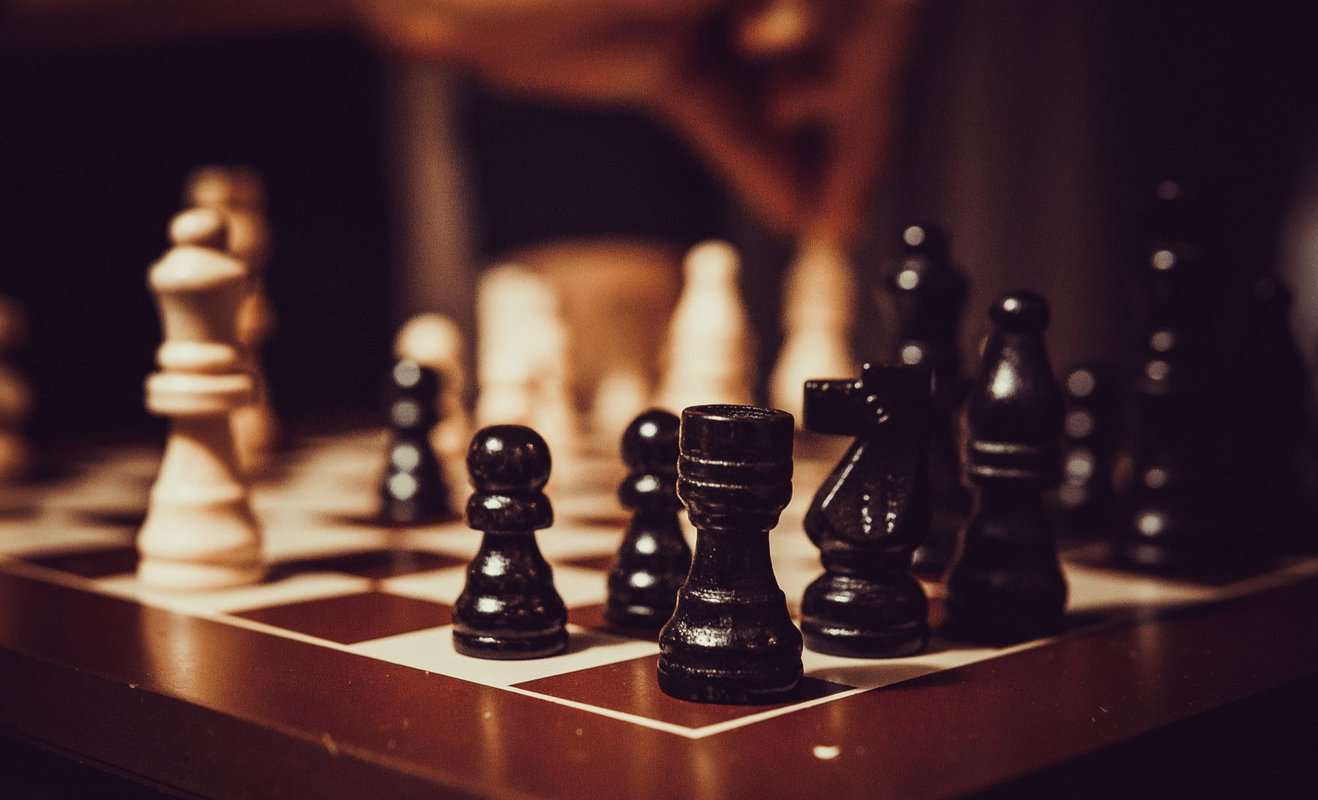 Many games or sports out there are evolving with time in order to gather a larger audience and expand the game’s fan base or to cope with the changes in trends.

Some sports and games will even have updates and changes in their rules on a regular basis for that purpose.

On the other hand, the classic game of chess has seen little to no changes over the last few centuries to follow trends or to make it more competitive or interesting to play.

In other words, if you’re not particularly fascinated by chess in its current form, it is highly unlikely that you’ll find it an interesting game.

That explains why chess has a limited players’ base when compared to some other games.

Chess is the kind of game that you can play in a library, as it requires silence and concentration in order to assess your moves and plan your playing strategy.

Read More:  Why Chess Is Not In The Olympics? (9 Reasons Why)

If you’re an individual who lacks the inner capabilities to handle boredom constructively, you’ll rely heavily on external stimulation to make up for it.

In the case of Chess, there’s very little external stimulation, as the room is quiet and the pieces are waiting for you to move around.

Also, when it’s not your turn, the only external stimulation you’ll get is when your opponent makes a move, and then it’s all over again!

Some people are much more likely to get bored of monotony than others. Unfortunately, chess can get predictable very easily if you play it for some time.

After playing so many matches, you’ll develop a specific playing style that you might think is unique.

Yet, you’ll quickly realize that most average players use pretty much the same tricks. If you seek a sensation of creativity, you’ll feel like the game is going even slower!

For that reason, you’ll feel that chess is a very boring game if you’re seeking the thrill of external stimulation when you play it.

Unlike many games where you can bounce back after making an error, Chess is notoriously unforgiving when it comes to errors.

In the game of chess, making a critically bad move is called a “blunder”. After a blunder, some games become almost impossible to win if your opponent is good enough.

Unfortunately, blunders are quite frequent and can happen very early in the game, making you feel trapped and constrained.

This can turn the rest of the match into an extremely annoying and boring session to watch if you’re a spectator, let alone being the player.

Chess peaked in popularity in the early 70s and 80s due to broadcasting world championships on TV.

During that time, the game’s popularity skyrocketed, and was played by people of all ages.

Read More:  Why Chess Is Not In The Olympics? (9 Reasons Why)

For that reason, a lot of youngsters associate the game with old people and refuse to give it a go, thinking that it would be too boring and slow paced for them.

On the other hand, there are hundreds of alternatives that are designed to appeal to the current youth’s interests, so Chess appears painfully boring in comparison.

Chess has been available online for decades, and unfortunately, it’s one of the most popular games where online cheats exist.

Modern computers have proven to be much better than the average human at playing chess.

In fact, IBM was capable of developing a chess playing supercomputer (Deep Blue) in the 90s that was able to beat the World Champion at the time, Garry Kasparov.

Since then, chess playing bots became much easier to get, and today’s even regular computers can have powerful chess playing software.

Of course, nothing is more boring than playing a game that you’re bound to lose anyway.

As a result, some players use these programs and apps to win against other players online, which led a lot of players to avoid playing chess online.

To learn more, you can also read our posts on why chess is not in the Olympics, why Russians are so good at chess, and why reading is so boring.

That’s a wrap for our guide on the reasons why chess is boring. As you can see, most of the reasons are influenced by the slow and steady nature of the game.

With all that said, you should keep in mind that chess being boring is purely subjective, as there are many people who love the game and find it exciting, so it’s simply not for everyone.