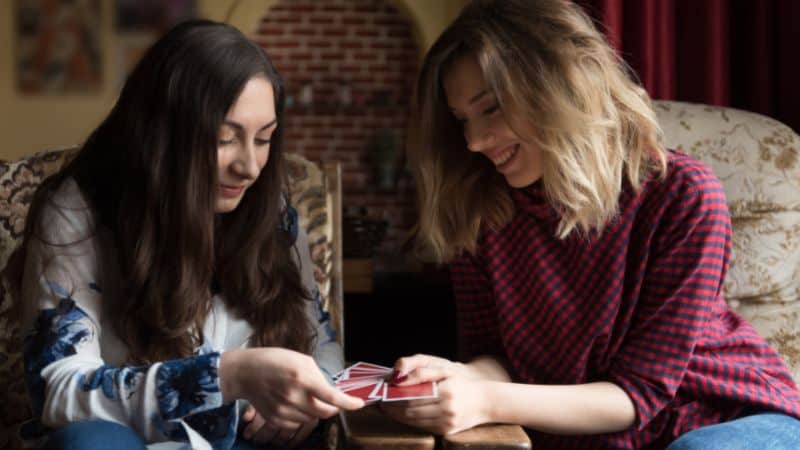 When people hear Magic the Gathering, discussions frequently revolve around strategies and decks. Still, it also often gets brought up how some cards—one of which is Wrenn and Six—are sold individually for outrageously high prices.

While it’s evident that Wrenn and Six is a costly card to acquire, it’s not as clear why it’s so expensive. Here’s what I found out about the matter!

Why Is Wrenn And Six So Expensive?

1. Wizards Of The Coast’s Branding Impacts Wrenn And Six Pricing

Wizards of the Coast is a famous role-playing game company with several product offerings.

Founded in 1990, the company found success in 1993 with the release of its trading card game, Magic: The Gathering.

Additionally, Wizards on the Coast acquired TSR, Inc. in 1997, which resulted in gaining the distribution rights to its most popular product, Dungeons & Dragons.

Also, Wizards of the Coast has since expanded to include design studios and online versions of both Magic: The Gathering and Dungeons & Dragons.

Because of the name recognition from its titles, Wizards of the Coast can demand higher prices for its product offerings, Wrenn and Six included.

2. Modern Horizons Is No Longer In Print

In 2019, Wizards of the Coast introduced the Modern Horizons deck, including some reprinted cards and a new card called Wrenn and Six.

However, Modern Horizons was designated as a deck with a limited print run, and as of today, the company’s no longer producing the cards belonging to this deck.

Read More:  Why Are Nendoroids So Expensive? (7 Reasons Why)

As a result, there are now a limited quantity of Wrenn and Six cards on the market today, with people willing to pay large sums of money to acquire one.

3. Wrenn And Six Is A Mythic Rare Card

As previously mentioned, the limited supply of Wrenn and Six cards on the market has caused their price to skyrocket.

That said, there are 15 mythic rare cards out of the 254 cards in Modern Horizons, one of which is Wrenn and Six.

Additionally, with Modern Horizons cards available for purchase in booster packs of 15 cards each, the likelihood of getting Wrenn and Six in a booster pack is near impossible.

The scarcity of Wrenn and Six cards, to begin with, combined with Modern Horizons cards no longer being printed, has contributed to the drastic increase in Wrenn and Six’s price.

Given the points above, you must be wondering, “How can people get their hands on such scarce cards?”

The answer is that people have taken to selling Wrenn and Six cards for a huge profit online.

For example, the market price for a single card is approximately $80, although listings are asking for more than double that.

This indicates buyers will spend the money to acquire Wrenn and Six for their collections, which is why it has become so expensive.

Read More:  Why Are Funko Pops So Popular? (11 Reasons Why)

5. Wrenn And Six Is The First Dryad Planeswalker

Wrenn and Six is expensive because it is the first of its kind to be introduced into Magic: The Gathering.

Further, Wrenn is a dryad planeswalker, a combination of the creature subtype dryad and the card type planeswalker.

Before its release in Modern Horizons, dryad planeswalkers didn’t exist in the Magic: The Gathering.

In 2021, Modern Horizons 2 was released and included Wrenn and Seven; however, since the deck is still being printed, there isn’t as high a demand for this card.

Being the first of its kind, alongside being such a powerful card, has contributed to Wrenn and Six’s hefty price tag today.

6. Wrenn And Six Is Powerful

I’m sure you’re wondering what abilities make Wrenn and Six so special that people are willing to spend tens and even hundreds of dollars on it.

Firstly, Wrenn and Six only cost two mana to play—one of the few mythic rare cards with a low mana cost.

Additionally, Wrenn and Six’s -1 can deal one damage to any target, which can easily deal with utility cards your opponent has in play.

Moreover, its +1 can return lands to its owner’s hand, allowing it to fetch lands repeatedly.

While not as useful as its previous two abilities, this Planeswalker’s ultimate -7 ability grants retrace to every instant and sorcery card in its controller’s graveyard.

Read More:  Why Are American Girl Dolls So Expensive? (7 Reasons Why)

7. Retrace Ability Surpasses That Of Other Cards

Wrenn and Six uses the retrace ability differently than other cards with the same power.

For instance, retrace is an ability where a card can be cast from the graveyard at the cost of a land card.

However, Wrenn and Six can use retrace to cast an instant or sorcery card in the graveyard by discarding a land card to the graveyard.

This makes it special because it can make cards in the graveyard useful again, which is invaluable to Magic: The Gathering players.

To learn more, you can also read our posts on why Goku is so strong, why Barney was cancelled, and why Lex Luthor hates Superman.

There are a few reasons why Wrenn and Six is expensive, and these mainly relate to Wizards of the Coast’s branding and the card’s unique abilities.

Furthermore, since it is no longer in print, there is only a limited quantity, increasing the card’s demand. Therefore, it’s no surprise that Wrenn and Six is so pricey.

Why Does Snape Hate Harry? (11 Reasons Why)