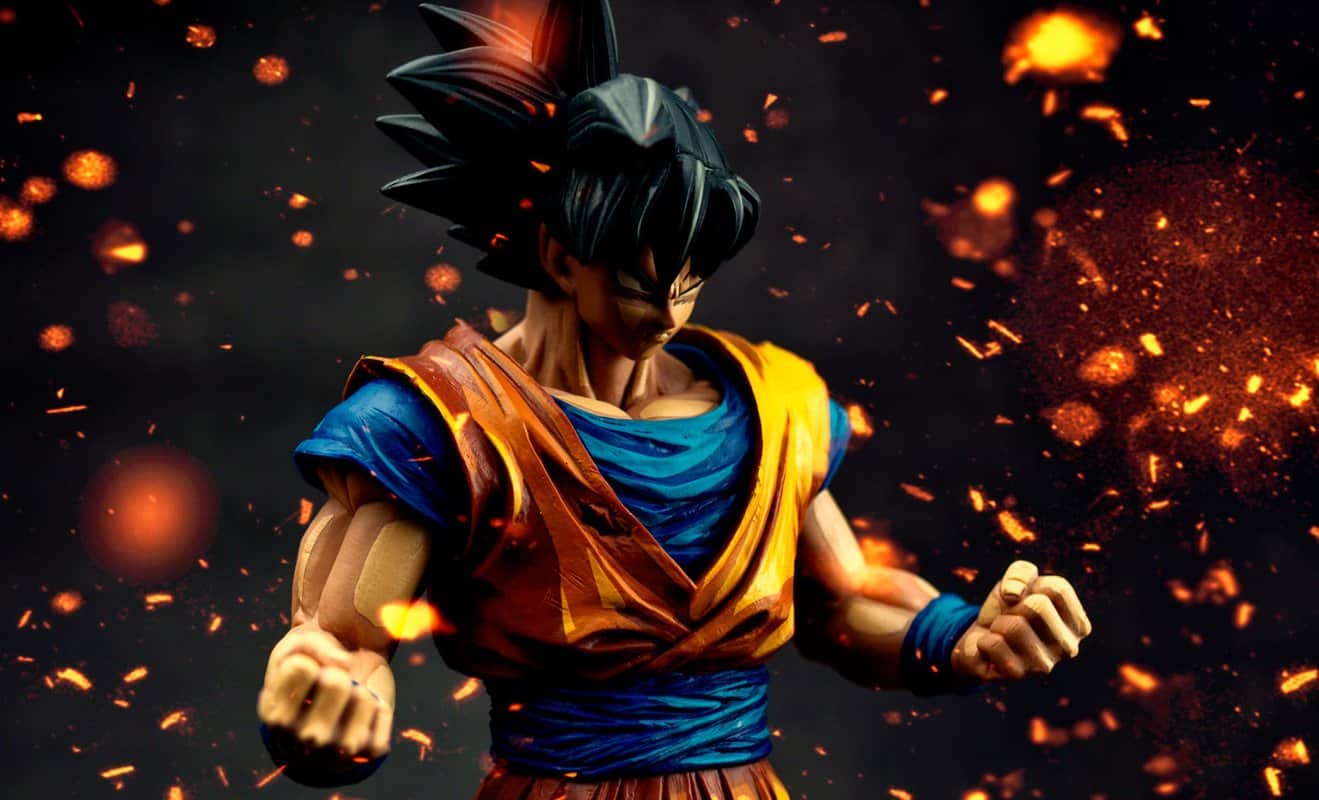 The Saiyan hero and star of one of the world’s most popular anime Dragon Ball Z is none other than Goku. He always strove to be the strongest warrior and few are a match for him.

What did Goku do to get so powerful, and what distinguishes him from the rest of his peers when it comes to power? Read on to find out.

Why Is Goku So Strong?

One of the biggest factors in Goku’s strength is the fact that he trains and trains. Whether it’s during times of peace or in between intense battles, Goku is always seeking to improve himself.

Goku trains nonstop to perfect both his fighting skills and his physical strength. The fact that he has been doing this ever since he was a child means that he grew to incredible levels in power.

Another reason that Goku is so strong is that he literally has human strength because he isn’t human. Goku was born a Saiyan, part of a warrior race who have evolved into strong fighters.

Part of the reason Goku has been a strong being since birth is because on his native planet even babies are sent out into space to conquer weaker planets.

Goku did not achieve his strength alone, and ever since he was a child he had been training under the best mentors under the sun.

It started with his grandpa Gohan as a kid, and then his grandpa‘s own mentor Master Roshi taught Goku what it means to be a good fighter.

Since then Goku has been under the tutelage of powerful beings like the cat Korin, the Guardian of the earth Kami, King Kai, all the way up to the angel Whis, one of the most powerful beings.

Time is also on Goku’s side. He has access to the hyperbolic time chamber which means that he can go into a special room where a day on the outside is equivalent to a year on the inside.

While he wasn’t strong enough to train in the chamber as a child, as Goku grew to an adult and had to train to fight the android cell, the hyperbolic time chamber was ready.

It has always been an effective tool to help Goku become much stronger in a much shorter amount of time, relative to us on the outside that is.

The Saiyan race that Goku is a part of has a special ability that has helped Goku grow much stronger. This is known as Saiyan Power, or zenkai boost which means complete recovery.

Essentially, when a Saiyans body is damaged it heals and becomes much stronger. This is similar to how our own muscles work but on a much more extreme basis.

Since Goku has taken so many meetings and so much damage he has always bounced back and become much stronger than before. 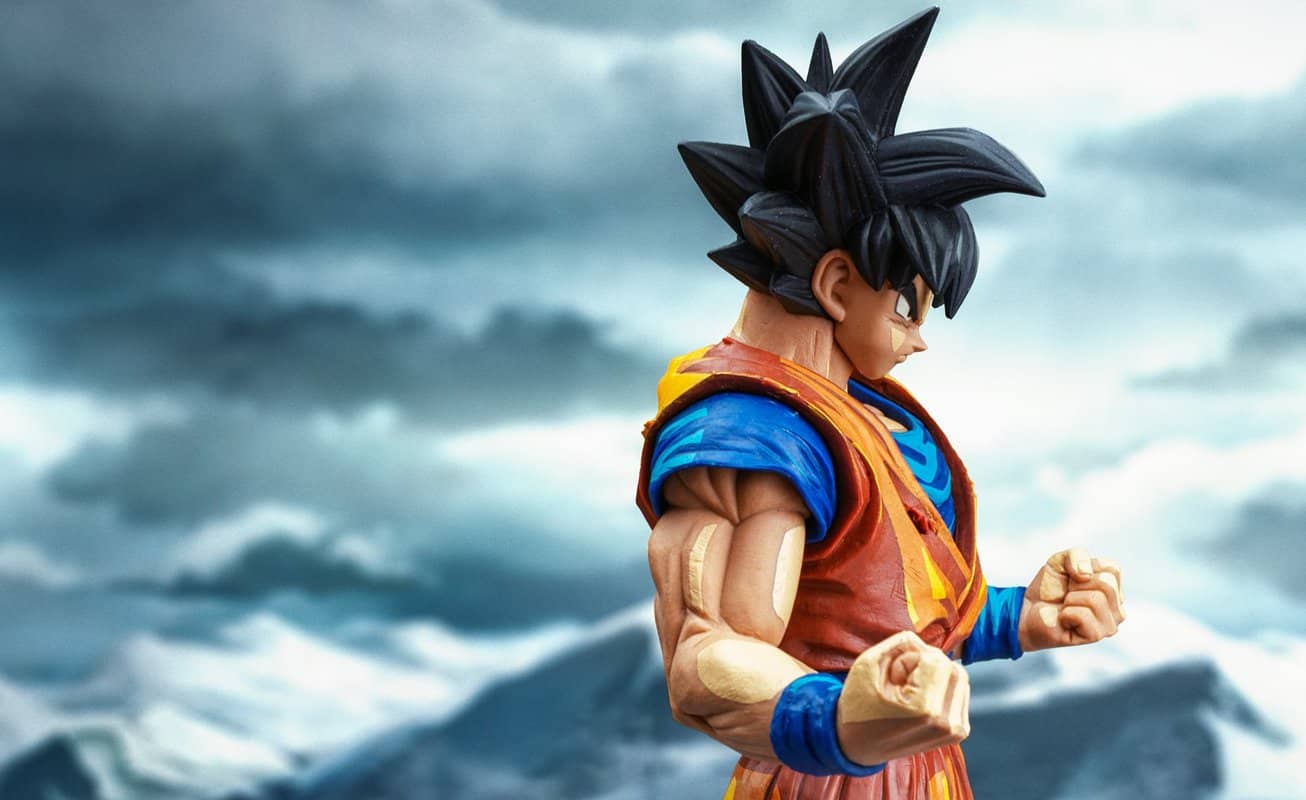 Part of the reason that Goku’s training is so effective is because of how many different styles of training he has done as he has grown throughout his life.

It started off as him fending for himself in the woods as a child, and then learning martial arts from Master Roshi, the turtle hermit way.

Since then Goku has diversified the way he trains by incorporating meditation, chores, self workouts, and sparring with his rivals.

One reason that Goku is so strong is that he can’t afford to be weak, or else the earth would be in danger from powerful foes.

His first truly evil villain was king piccolo and since then the earth hasn’t gotten much time to rest in between threats from Vegeta, Frieza, Cell, and Buu.

A major proponent of dope strength is his ability to transform into various forms that each form massive boosts in power.

Read More:  Why Do Actors Get Paid So Much? (11 Reasons Why)

His first notable transformation was the Kaio-Ken which multiplied his power exponentially, but none can forget the iconic Super Saiyan transformation.

Since then, Goku has ascended to the level of Super Saiyan God, granting a power beyond that of mortals, and his journey culminated in unlocking autonomous Ultra Instinct.

This technique and transformation that even mighty gods of destruction like Beerus have struggled to obtain.

Ever since his days of training with Master Roshi, Goku has been incorporating weighted outfits and gear wherever he goes.

This results in him building muscle and endurance all the time and when he takes the weights off he becomes light as a feather and is able to move at unreal speeds.

His first weighted outfit was a turtle shell that he and his rival Krillin had to wear during their training with Master Roshi.

Since then he has carried weighted wrist bands and undershirts that weigh an astonishing amount, sometimes over 100 pounds each.

When training in the Otherworld he wore a total of 40 tons!

10. His Time in OtherWorld

Similar to his time in the hyperbolic time chamber, Goku had the advantage of training for several years in the afterlife both after his sacrifice against Raditz and Cell.

Since time flows differently on the other side, Goku has accumulated years of training and even received training under the Grand Kai and sparred warriors of his galaxy’s past like Pikkon.

Goku has always found ways to surpass what he previously thought were his limits, even when coming from outside.

Examples are like when he was a child he drank the sacred water which gave him a power boost, and later a ritual with his friends bestowed the ability to turn into a super Saiyan god.

Despite the massive boosts in power, Goku dislikes receiving strength that isn’t his own as he told Beerus during their face.

The Top 5 Villains Goku Has Beaten

Goku has taken on many powerful opponents during his time, from the Red Ribbon Army, to Cell, to Jiren in the tournament of power.

None of these foes proved to be easy challenges, but Goku overcame them all to prove his power.

Even opponents he could not beat on his own, like Cell and opponents who aren’t villains like Beerus, consider him to be a worthy adversary.

To learn more, you can also read our posts on why Superman is so strong, why Spiderman needs web shooters, and why Gandalf turned white.

All these different kinds of training and battles ensured that Goku never got stagnant and always found new ways to get stronger, and it’s unlikely he’ll ever stop.

The world has many great fighters but at the end of the day, Goku is the one the earth depends on the most and needs his strength to survive, and Goku is happy to oblige.