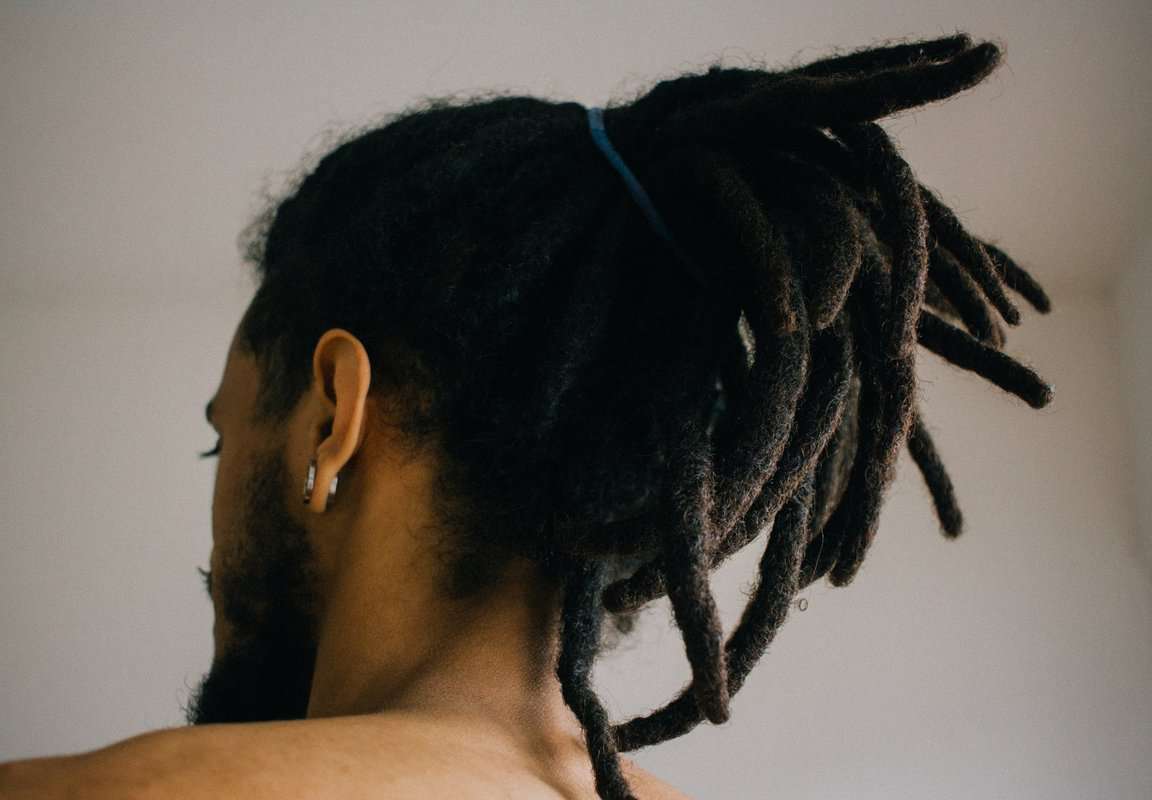 Dreadlocks are in style now more than ever. Many people are embracing the hairstyle that was once associated with a specific culture or religion. But why do people get dreadlocks?

People get dreadlocks for different reasons, ranging from fashion statements to spiritual beliefs. Keep reading this article to know all the possible reasons behind getting dreadlocks.

Why Do People Get Dreadlocks?

Dreadlocks need a lot of commitment. It usually takes at least ten months to get your hair to properly loc. So, it’s important that people like the way their dreadlocks look.

Thankfully, dreadlocks are incredibly stylish. In fact, dreads suit people who have different styles. No matter what your vibe is, chances are dreads will suit you.

For instance, dreadlocks are worn by surfers and rap stars alike, even though they couldn’t be more different.

Another popular dread style is the Rastafarian dreads. In fact, it’s so popular that dreadlocks in general are often referred to as ‘the Rasta’.

Still, you don’t need to be a rapper or a surfer to sport this trendy hairstyle. What was once associated with certain cultures is now a popular and widely accepted hairstyle.

There are many different ways to sport dreadlocks. Buns, braids, and colored locs are just a few options.

In addition, having dreadlocks can be incredibly fun, especially since they can be accessorized in plenty of various ways.

First, a lot of people like to add jewelry, particularly metal rings and chains, to add a completely different vibe to their locs.

Others opt for colorful dreads, which are done through felting or adding beads and hair pendants.

Another reason why many may opt for dreads is simply that this hairstyle is so easy to maintain. Having dreadlocks means you don’t need to worry about brushing and styling your hair.

However, it’s a common misconception that people with dreads are lazy or don’t maintain their hair at all.

On the contrary, having dreadlocks, and especially growing them out, requires a lot of care and patience.

Additionally, dreadlocks can be more convenient for certain hair textures than others. People with kinky or curly hair can easily get dreads.

Still, even fine straight hair can be made into dreads. You can dread any hair texture by coiling and manipulating the hair strands in a certain way.

So, while people with dreadlocks don’t have to style their hair daily, they still need to properly maintain their hair so it grows long and strong.

Surfer dreads are probably the coolest hairstyle to get in the summer.

When you imagine a surfer, the image that comes to mind is one of a tanned body and, of course, the perfect blond dreadlocks.

Naturally, dreadlocks are essential to achieving the cool surfer look. Thankfully, if you surf often, the ocean does most of the job for you.

That’s because spending time in salt water is sure to help your dreads knot and tighten. So, while a lot of surfers do look great with their dreads, this hairstyle may not be intentional. 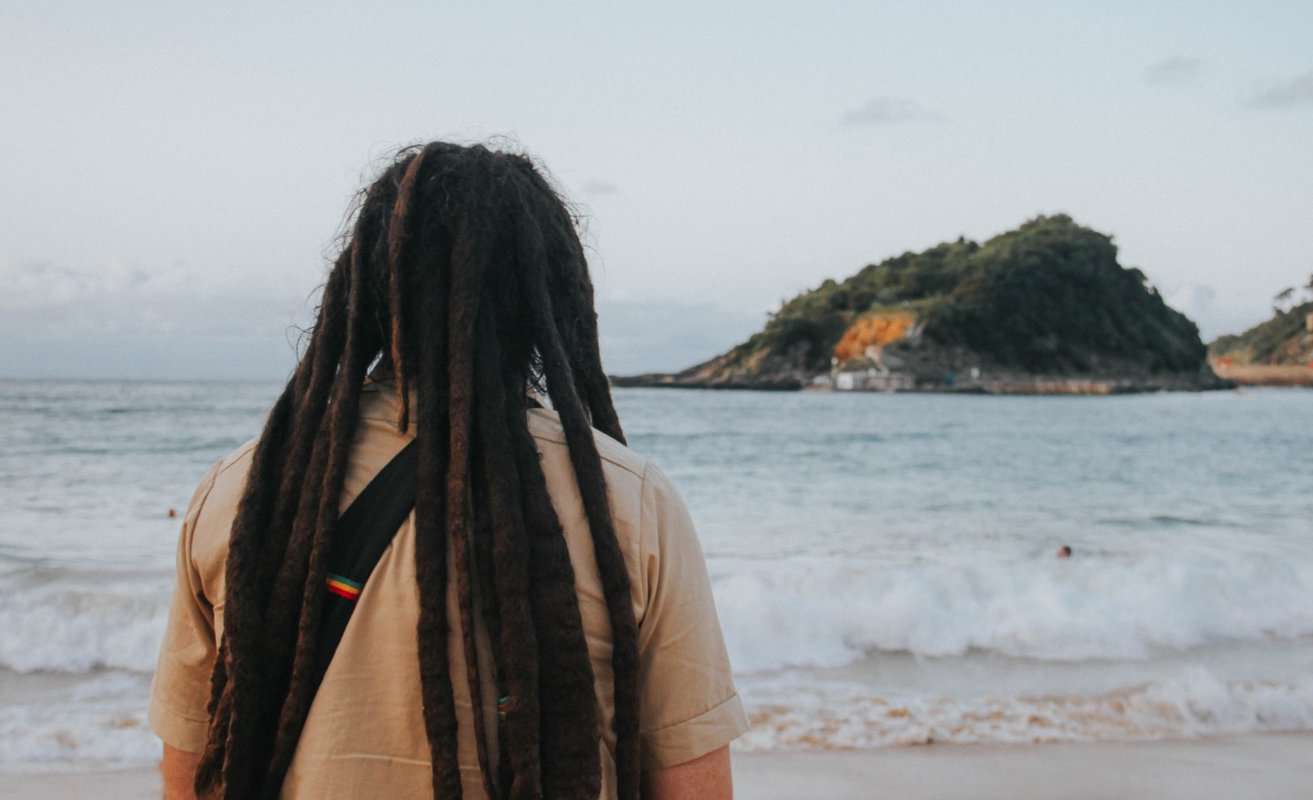 Since dreadlocks are most often associated with Rastafari culture, it’s important to understand why Rastafarians get dreadlocks in the first place.

Dreadlocks’ emergence in Jamaica, particularly in Rastafari culture, is rooted in spirituality. All Rastafari practitioners take the Nazarite vow, which includes refraining from cutting one’s hair.

Read More:  Why Do Women Wear Lipstick? (9 Reasons Why)

After the emancipation of Jamaica, dreadlocks became a sign of freedom and self-expression since slaves’ hair was almost always shaved off.

As a result, many Jamaicans take great pride in their dreads and refer to their dreadlocks as their lion’s mane.

Moreover, Rastafarians refuse to follow western beauty standards. Instead, they celebrate African and Latin culture, which has included dreadlocks for centuries.

Rastafarians and surfers aren’t the only groups that wear dreadlocks. Many religious practices include getting dreadlocks, though the name of the hairstyle may differ.

For example, Buddhis refrain from any material practice, which is why they get dreadlocks. This practice is mainly done in Tibet and symbolizes Buddhists’ disregard for vanity.

Dreadlocks are also widely popular among Sadhu practitioners, but the hairstyle is called Jata.

Sadhus grow their dreads to be so long and heavy that the locs may reach eight feet and weigh multiple kilograms.

Dreadlocks are integrated into many other cultures. For instance, in Africa, there are many variations of dreadlocks depending on the region.

However, dreads are now worn worldwide, especially by people who want to take pride in their culture and heritage.

Many African-Americans wear dreads not because of the culture around them, but mainly because they want to show off their rich heritage.

So, while dreadlocks have been a subject of scrutiny for too long, people are now embracing the hairstyle and understanding its cultural significance.

Some people like to wear 70s clothes. Others like to wear flapper-style dresses. So, it’s normal to want hair that was worn from the past.

Read More:  Why Do Women Wear Fake Eyelashes? (9 Reasons Why)

Dreadlocks aren’t limited to spiritual or religious groups, but they were also worn throughout history.

Mummies have been discovered donning braided hairstyles and dreads, which were still in good shape even after centuries.

Furthermore, many accounts prove that Celts, Germanic tribes, and Vikings, wore their hair “like snakes”. This proves that dreadlocks were also popular throughout Europe.

Whether these ancient civilizations wore dreads as a status symbol, for intimidation, or for convenience, many individuals covet the ancient hairstyle, either to dress up or for daily wear.

Reggae music icon Bob Marley’s impact can’t be ignored, especially when it comes to dreads. This Jamaican star was single-handedly responsible for the resurgence of dreadlocks in the 70s.

It’s hard to think of dreadlocks without Marley coming to your mind. Bob Marley became widely known for his freeform dreads, which were so popular that they sold for thousands.

While the legend avoided cutting his hair due to his Rastafarian faith, reggae fans and the counterculture adopted his look, becoming a worldwide fashion statement.

Dreadlocks are all around us. What was once considered an unprofessional hairstyle is now more in style than ever.