Why Man Buns Are Gross? (9 Reasons Why) 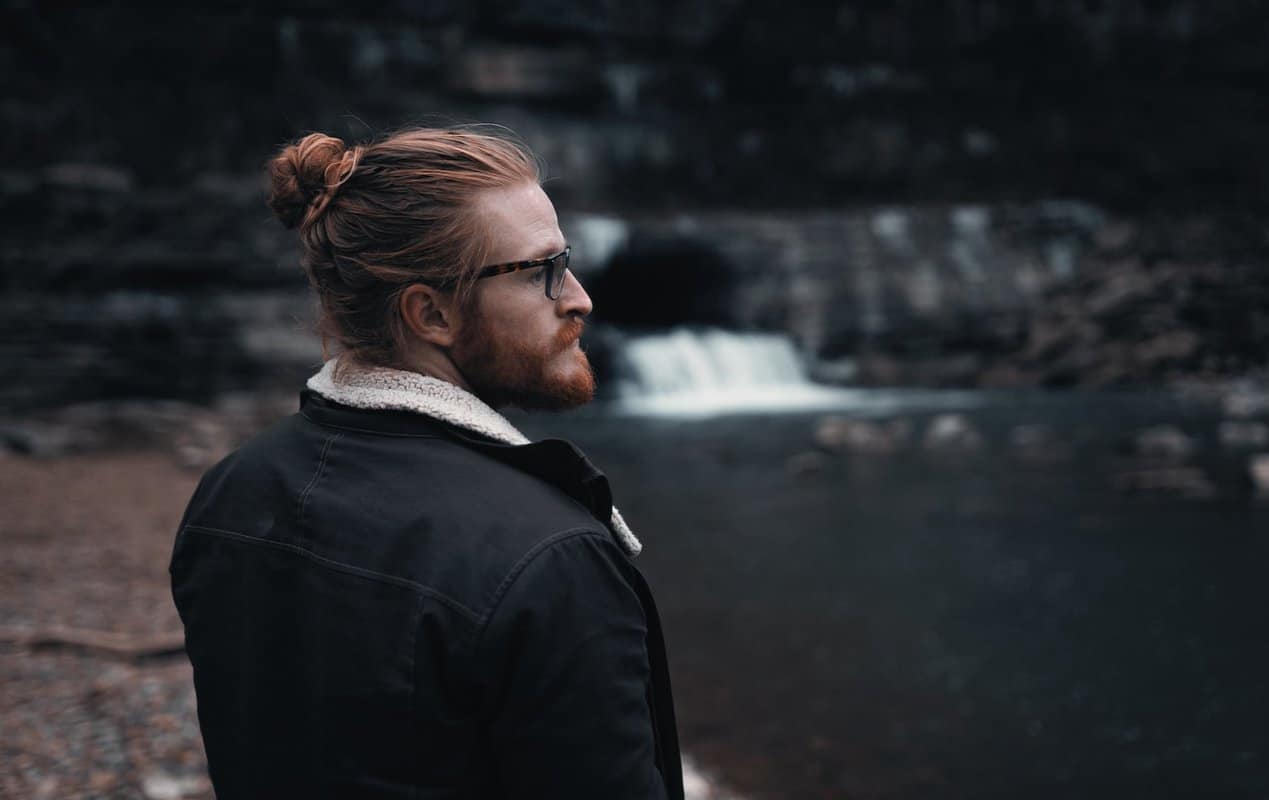 We’ve seen infinite trends in men’s hairstyles over the last twenty years; dreadlocks, buzzcuts, skin fades, and man buns. Also known as ‘muns,’ men tying their relatively long hair into a knot might be controversial. You either like it or hate it. No in between!

We’re impartial here. We’re not big on man buns, and here’s why.

Why Man Buns Are Gross?

Yes, you heard that right. A man bun can be the reason for a future receding hairline or some nasty bald spots. The tension that the bun creates puts too much strain on the scalp that hair might start falling off.

The phenomenon of hair falling because of too much tension as a result of hair pulling is pretty common. It’s medically known as ‘Traction Alopecia.’

To avoid that, you should change your hairstyle now and then. If you’re still determined to tie your hair in a man bun, don’t pull your hair so hard, and don’t use rubber bands to reduce tension.

2. They Ain’t That Original

Well, we get it. You’re free to style your hair in whatever way you want. But don’t you find it a bit annoying that people follow a trend just for the sake of it?

The whole hipster vibe with long hair and man buns so you -in a way- unite with nature and let go doesn’t sound very original.

Don’t get us wrong. We do support everybody’s right to look a certain way.

However, the feeling that you’re choosing a particular hairstyle to set yourself apart from the crowd to find yourself ending up as part of a group whose members look almost identical doesn’t sound very authentic.

Read More:  Why Is Drunk Elephant So Expensive? (7 Reasons Why)

Apart from the assumption that a man bun equals fewer hair washes for men -you can’t tell us this ain’t true- man buns will eventually lead to grease accumulating on your hair.

Men wash their hair daily because they simply can! No elaborate hair routines. No sleeping on their pillows with damp hair all night and waking with frizzy hair all over. None of that!

Instead, they wash their hair daily, maybe moisturize it if they’re extra, and they’re good to go. Their hair takes almost 10 minutes to dry. We gotta tell you; the ladies are jealous!

If you have a man bun, you’ll have to follow an intricate hair routine to keep your hair in good shape. But, more importantly, you’ll need to leave it to air dry for some time; it might extend to a couple of hours or even more, depending on how long your hair is.

The result? Naturally, fewer washes because who wants all the hassle?

Fewer washes and a tied-up hair bun provide a perfect environment for grease to sit on your hair, accumulate, and attract all types of dust and dirt.

4. They Will Clog The Drain

Hair fall is inevitable and will increase if you keep your hair in a man bun. Unfortunately, this means hair will clog the drain.

Girls know the struggle of pulling out a handful of hair from the drain. Believe me, they don’t like it!

Read More:  Why Do People Get Dreadlocks? (9 Reasons Why)

Imagine doing this as a guy or having your partner do that for you. Gross. Isn’t it?

I once overheard a woman talking to her friend about her struggle with her partner, who has long hair and mostly wears it in a man bun.

“He steals my conditioner and hairbands. His hair is all over my hairbrush. It’s a mess!” she sounded -well- not so happy about it.

Besides the complaining girlfriend, man buns are high maintenance. They require you to take good care of your hair. You need to shampoo enough times to clean your scalp, but not too much that you dry it. You’ll need to deep condition at least once a week to moisturize.

Also, you’ll probably need a leave-in conditioner or a hair serum to avoid frizz. If you’re keeping your hair curly, that’s another story!

Seriously, do you think it’s worth it? 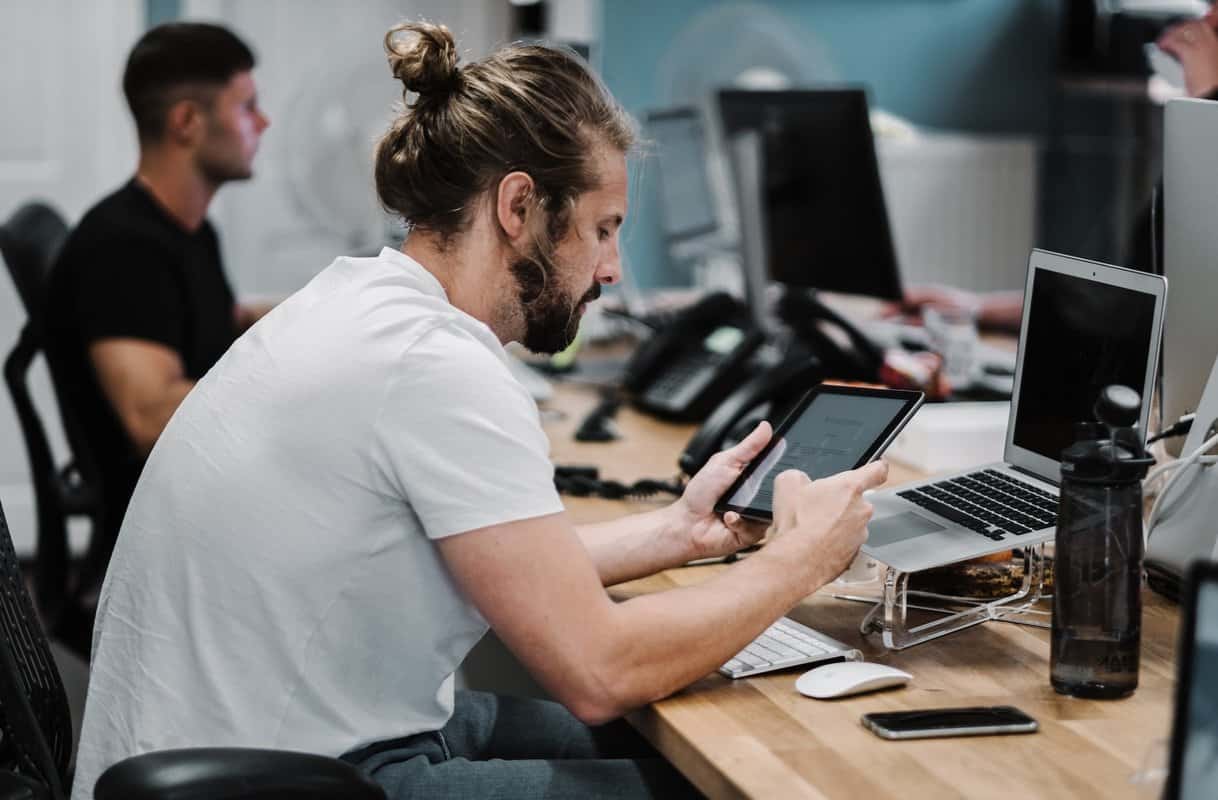 Why do we need to name a bunch of hair pulled up in a bun, a man bun?

Honestly, the name is stupid and gives the impression that these buns aren’t for men. While we’re not a fan of them, we don’t get why they call them that.

It applies to a lot of non-gendered stuff like a man bag or a man purse. Does that even make sense?

7. They Don’t Necessarily Make You a Hollywood Celebrity

Yes, Jared Leto looks great sporting a man bun, Jason Momoa rocks his knot, and everything looks good on Brad Pitt. But does this mean that your man bun will make you look Hollywood-sy?

Read More:  Why Do Women Wear Lipstick? (9 Reasons Why)

It might, but there’s a big chance it won’t. It doesn’t even look good on Harry Styles! Sorry, Harry.

The style requires a specific facial structure with prominent cheekbones to pull it off. It also helps if your forehead and jaw are rounded. A man bun looks best on a face with few sharp angles.

8. The Judgement. The Staring. The Talking.

I know that it’s nobody’s right to judge how you look. However, you can’t help but know that certain style choices drive controversy and staring more than others. Man buns are one of these styles.

In all honesty, this is no reason enough to discard a man bun. Yet, we can’t help but think of it as a con for such an outgoing style. So, by all means, if you can shake the suspicious looks off, wear your man bun proudly!

We don’t have accurate statistics from the man bun association to back up this claim, but the general sentiment we get from women regarding man buns is that they dislike them.

Let us put it that way, they either consider them super sexy, or they totally hate them. No in between!

The reason? A lot of women said they looked feminine. Yes, it’s 2022, and some people still think a man bun is feminine!

Why Schnauzers Are The Worst Dogs (11 Reasons Why)