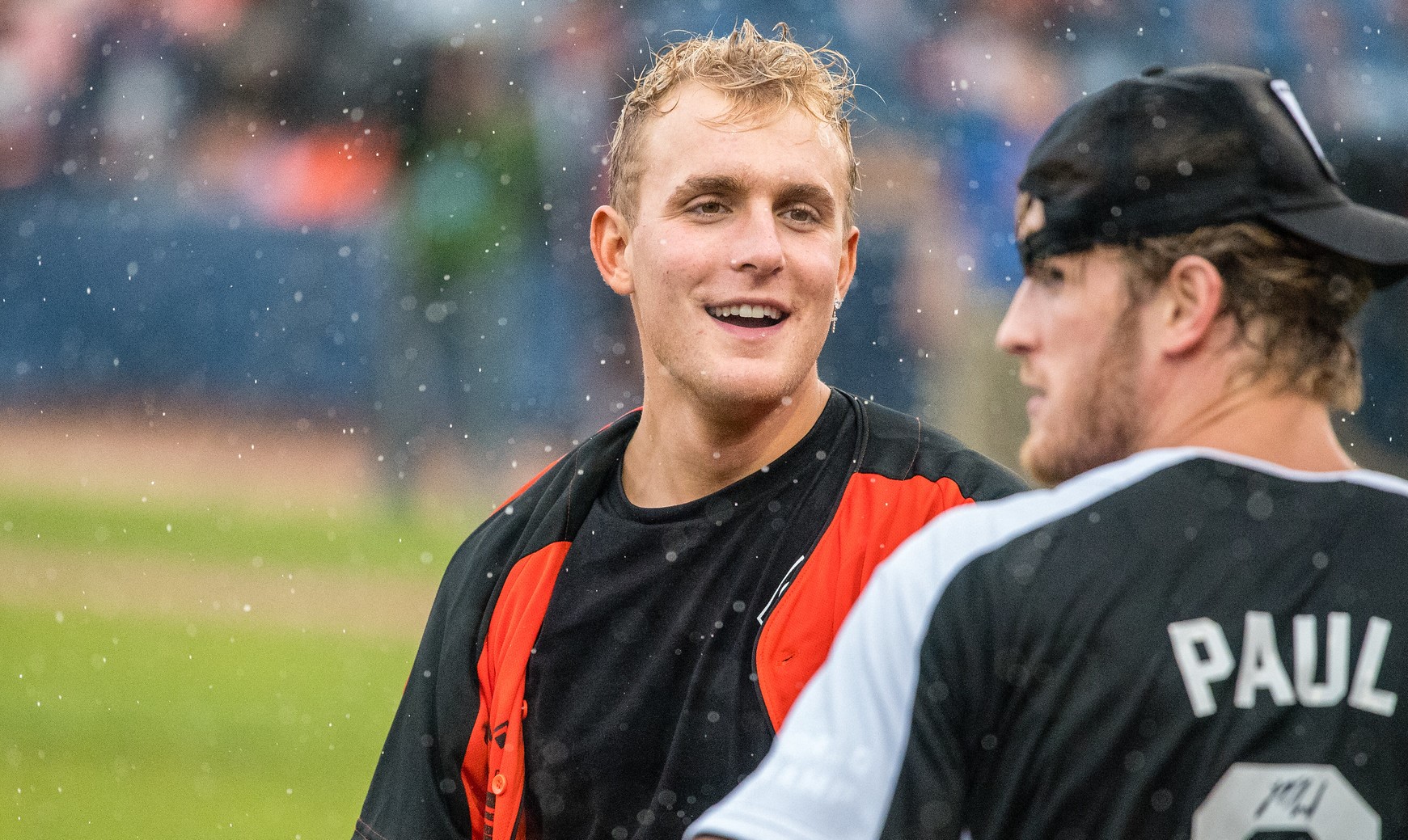 Former Viner, YouTuber, and now a professional boxer, Jake Paul had originated from Ohio but would later move to California after the success of his social media presence.

In this, the almost decade of him being an influencer, he has become quite hated by the public. Usually, when one is hated, they feel remorse and do whatever to redeem themselves. But not Jake Paul.

Jake Paul is not the first celebrity to become quite hated, but he still is the most talked about, and often those wonders why he is despised, and upon discovery, here’s what I found.

Why Is Jake Paul Hated?

Everyone has a past that they are not proud of, but it is what you do with it after you get called out for it to redeem yourself. Jake Paul, however, did not get this memo.

Approximately four years ago, he was caught on video making a terrorist “joke” to someone who was a fan of his and said, “send the nuke.”

When you have young fans, because that has been his primary audience since the beginning of his career, you have to become a role model and not say racial slurs.

Racial slurs or any other “joke” towards a specific race may not be a problem for that person, but when he said that, he still stereotyped those races and ethnicities.

Along with the video on his Twitter account, people found other instances of racism and homophobia from Paul.

Jake Paul, fellow YouTuber, and Team 10 member Alissa Violet dated for a while but would later break up five years ago.

It was within that time that Alissa came out with a video that included some allegations.

Alissa accused Jake of being emotionally abusive, cheating on her, playing mind games, and, at one point, kicking her out of the Team 10 house when she had nowhere to go.

In the midst of this, a beef ensued between Jake, Alissa, and fellow YouTuber Ricegum, where Jake called Ricegum out for bullying only to be called out for it himself, followed up with diss tracks.

Read More:  Why Do People Care About Celebrities? (11 Reasons Why)

The web series focused on, in the beginning, determining whether or not, with the help of a professional therapist, also fellow YouTuber Kati Morton, Jake was a sociopath.

After the following videos of determining whether Paul was a sociopath, interviews with former friends, and his ex-girlfriend, Alissa Violet, the series concluded with viewers learning more about Jake’s life.

The video series was an attempt by Shane Dawson, who had conducted the same stylized series on other YouTubers and Jake Paul, to redeem Paul’s reputation.

While there were millions of views between all eight videos, the web series was also subjected to criticism by the public.

Professionals criticizing both Morton and Dawson for trying to “diagnose” him with the outdated word ‘sociopath.’

All of these terrible antics that Jake conducts outside his home are the same within his home base. His chaotic nature does not bode over well with his neighbors.

On one occasion, Jake revealed his address, and his fans would visit his home, causing chaos around the house. At many other events, there would be the occasional loud noise.

He did not consider his neighbor’s feelings.

With the various dangerous stunts, loud noises, and chaotic fans, there have been police complaints coming from neighbors, but the chaos continued because Jake never took them seriously.

Post spoke about his doxxing in an interview with Steve-O and made it well known that he was unhappy about the situation. 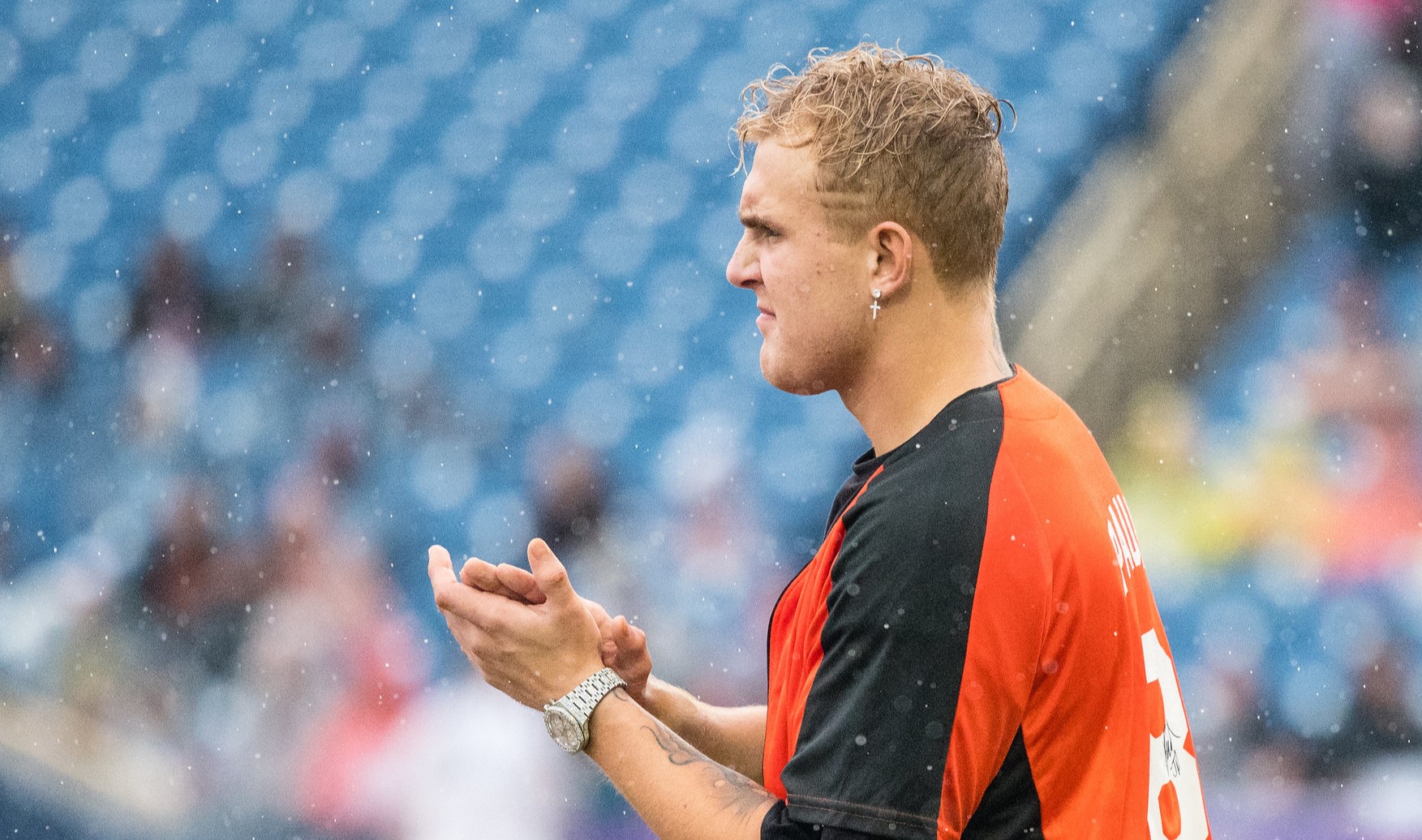 During the height of COVD-19, everyone was told to quarantine and limit the amount of those around them for safety. However, Jake Paul did not take this into account.

Read More:  Why Do People Hate Prince Philip? (11 Reasons Why)

The video was taken of Jake partying with his friends after a recent boxing match win shows him, not social distancing nor keeping his company small.

The California mayor condemned Jake, and Jake said, during an interview, that he believed that the virus was a hoax and that everything should go “back to normal.”

He backtracked and called the virus real because someone in his life had passed away from the virus.

Jake Paul’s arrogance exceeds him. During an interview with his older brother Logan Paul during Logan’s podcast, Jake talks about how professional mixed martial artist Conor McGregor is out of his prime, and Jake is still in his.

The arrogance of Jake Paul’s superiority causes him to become rude and lack remorse for his actions because of his celebrity and the amount of money that he continues to accumulate.

To shorten the explanation, Jake Paul is not humble, and his actions show for it.

Despite cancel culture still being on the rise, Jake Paul is not cancellable, and he knows this, hence why he continues with his disrespectful behavior.

From racist jokes, emotionally abusive behavior, bullying, and outright disrespect towards various people and having no remorse, Jake Paul is still thriving in his career as a professional boxer.

One who is canceled is either remorseful for their actions, or their careers come to a screeching halt, not Jake Paul.

Not everyone is cut out to become a musician. However, it’s terrible if a music video you worked hard on becomes one of the most disliked YouTube videos on the planet.

Jake teamed up with his fellow Team 10 members for an “It’s Everyday Bro” song in 2017.

Combined with the terrible and lazily done lyrics along with the senseless bragging, the music was quite disliked, and the likes to dislikes ratio showed.

At the time, before YouTube disabled the dislikes counter, you, the viewer, could not see how many dislikes there were; the music video had over two million dislikes.

Read More:  Why Do People Hate Tom Brady? (11 Reasons Why)

“It’s Everyday Bro” became one of the most disliked songs in 2017.

Jake has proven time and time again that he favors attention over the well-being of his friends. On numerous occasions, Jake has created antics within the Team 10 house for content.

The stunts that he’s done and contrived scandals, i.e., clickbait titles and thumbnails that were inappropriate considering his younger audience.

Other situations include a fake marriage to fellow YouTuber Tana Mongeau; as long it gave him attention, then he was okay with it.

11. Jake Is A Hypocritical Bully

Though Jake Paul is not a fan of bullying, understandably, he was called out for being a hypocrite. Jake, as a child, became a nuisance and a bully to the other children while living in his home state of Ohio.

His advocacy for anti-bullying also does not match up with the antics he has continued over the years, as he still maintains being a nuisance to his fellow peers, the public, and neighbors.

So, he does not practice what he preaches.

Anyone can apologize for their terrible actions, but actions speak louder than words. Jake has no intention of taking the proper steps to redeem himself, which remains off-putting for many correctly.

From the beginning of his social media career to now as a professional boxer, Paul has not slowed down with his ways’ antic behavior and unapologetic nature.

To Paul, this is laughable and inconceivable to think about as he has a mountain of money and people around him; however, others find this, among others, as the reason why he has to remain hated.