Why Are Celebrities Democratic? (9 Reasons Why) 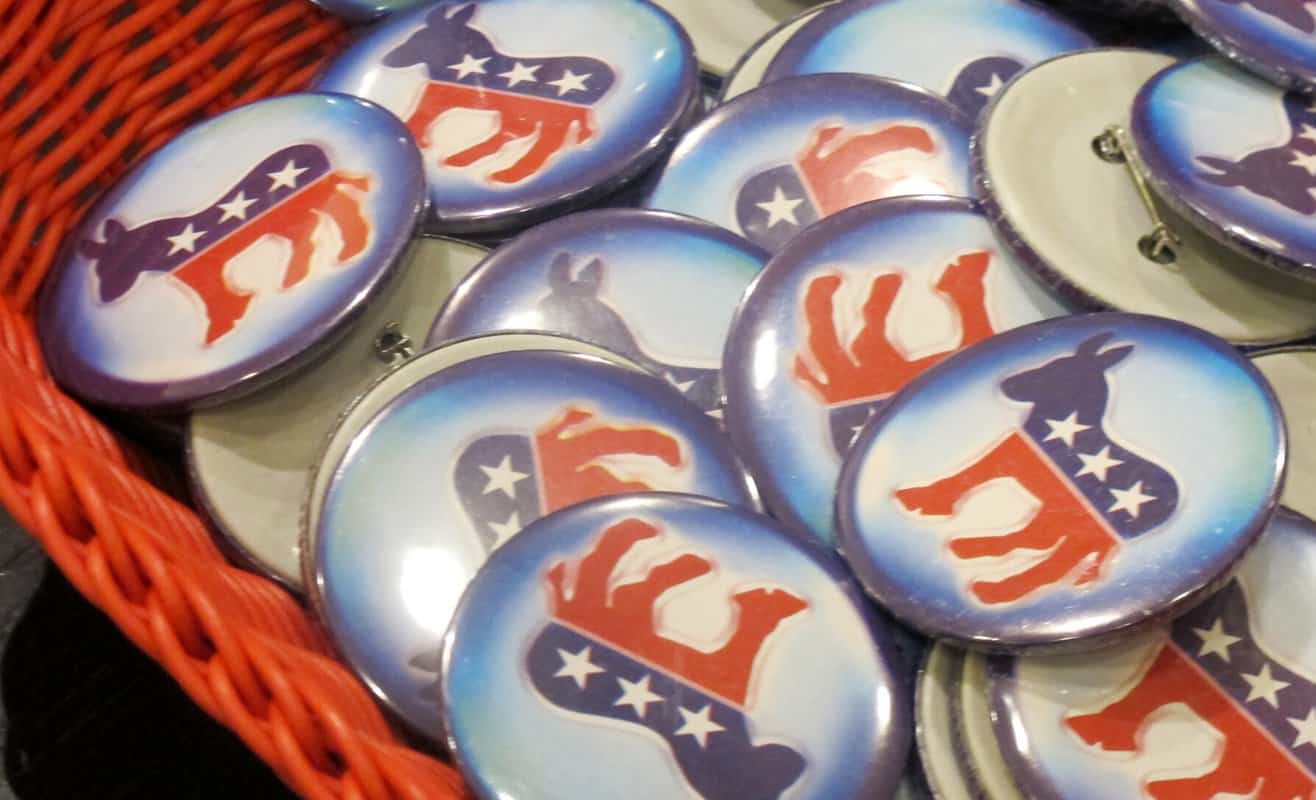 Politics are always divisive, no matter where you are. The constant battle of Democrats versus Republicans can get tiring, with each group firmly entrenched in their ideology.

As always, certain groups tend to be swayed toward different political views; businessmen and religious people tend to be more conservative, while artists and racial minorities lean more towards the liberal side.

Out of all of them, one group tends to stand head and shoulders above the others in terms of being political; Celebrities. With an overwhelming amount of democratic celebrities, you may be wondering why that is!

Why Are Celebrities Democratic?

While this fact may seem like a no-brainer, it’s important to keep in mind. Over 57% of working actors live in New York or California, which are known as particularly democratic states.

While celebrities form a minute number of that 57%- and not all celebrities being actors- they tend to follow the same trend, with most living somewhere in California or New York.

Most outliers to this will be celebrity athletes such as players in the National Football League, who will typically live in or near the city they play for. However, they are the exception, not the rule.

Whether they grew up in these democratic cities or moved there as adults, the cities undoubtedly influence these celebrities.

While the liberal cities may not turn all of them democratic, they certainly got to most of the celebrities!

While New York has its share of poor and homeless people, Los Angeles takes the cake in poor people, especially with its astronomically high housing prices.

Los Angeles also takes the cake in celebrity population, with most celebrities living in or around the City of Angels.

Many of these celebrities were among these populations of poor people at some point. If they weren’t, then they certainly have experienced and been around them.

Poor people overwhelmingly tend to vote Democrat, and as celebrities grow rich, they will usually stick by their political views.

Even the born-rich celebrities who grew up surrounded by poor people will be influenced by the poor, which would only further make celebrities democratic.

Along with being poor and democratic, big cities such as Los Angeles and New York City have one other factor in common- multiculturalism.

People who grow up in multicultural cities, or spend significant amounts of time in one, tend to become more liberal as they encounter different types of people.

This multiculturalism affects a person’s empathy, as detailed later on.

You’ve likely heard of many major Hollywood unions, such as the Screen Actor’s Guild. Regardless of occupation, all unions are known to push members left, even if only slightly.

Most big-name actors are members of at least one of these unions, so it makes sense that they’ll spout union talking points.

5. Many Celebrities Are College-Educated 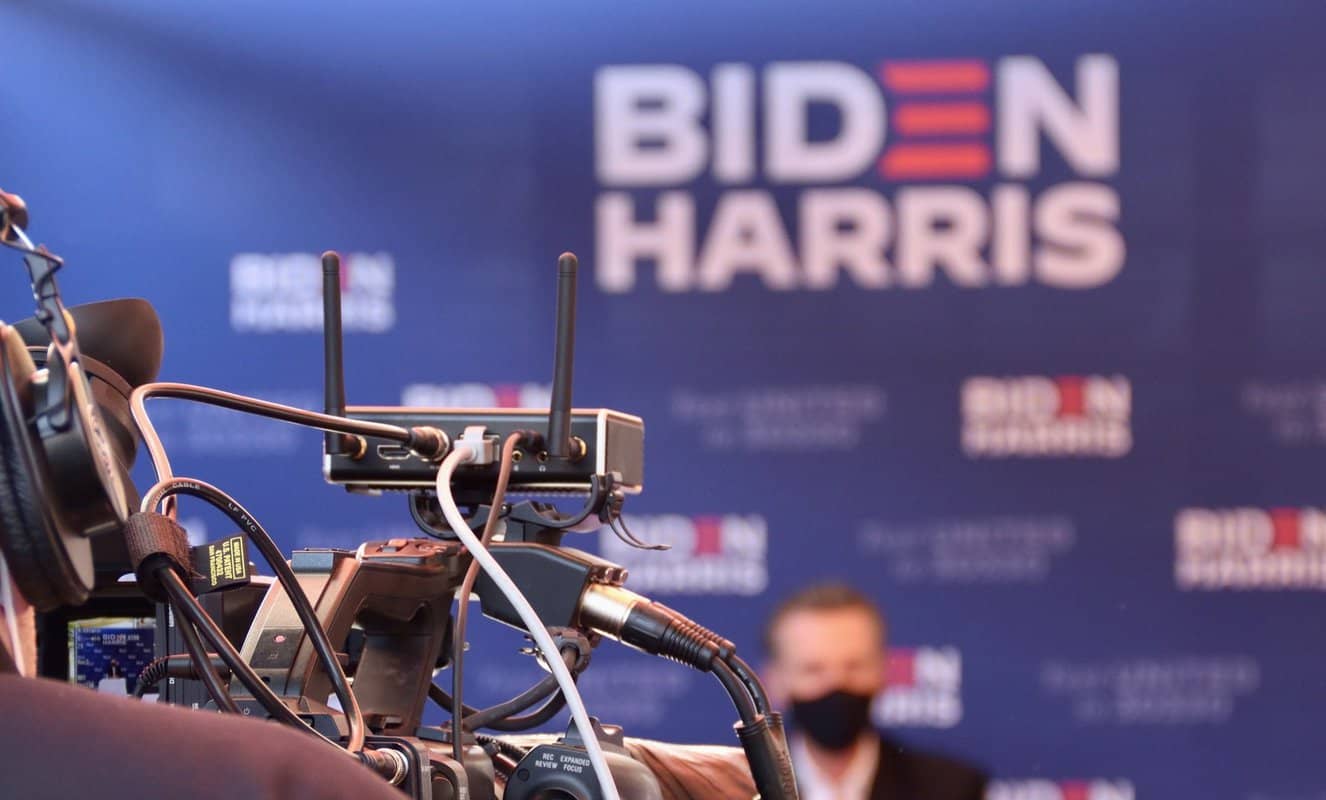 Up to 40% of working celebrities are college-educated, having a bachelor’s degree at the very least.

It is a commonly-known fact that college-educated people tend to lean more towards the democratic party, and that does not change with celebrities!

While modern celebrities are overwhelmingly democratic, it should be no surprise to learn that Hollywood liberalism goes back a long way.

While early celebrities often stayed apolitical (with the notable exception of Charlie Chaplin), they grew more liberal as time went on due to exploitation from the large studios that ran Hollywood. This control was why the actor’s unions started appearing, as well.

With the ongoing conversion of Hollywood into liberals came President Franklin Roosevelt’s New Deal, the ultimately successful plan to revitalize the American economy during the Great Depression.

While studio leads and executives were staunchly against the New Deal, the working actors were ecstatic about the plan.

Read More:  Why Can't Extras Talk To Actors? (9 Reasons Why)

The celebrities, particularly the actors, believed it would help achieve fair pay for their work rather than all of the profit going to the all-pervasive studios.

At the time, Hollywood lived up to the storied history of California as the wild west. Rumors existed of studios sending out people to ‘fix’ the personal lives of celebrities.

While filmmakers seeking to escape the iron grasp of Thomas Edison’s authoritarian studios had founded Hollywood, it quickly became another case of studios ruling over everybody.

With California celebrity actors growing more liberal, the control of the studios began to shake.

Along with their unionization, this created a snowball effect, with most celebrities either becoming liberal or openly expressing their liberalism.

Ultimately, you can see that Hollywood liberalism has deep-seated roots, with modern celebrities continuing the progressive tendencies of their forebearers.

Numerous studies have shown that creative people are more empathetic.

With most American celebrities being writers, actors, directors, or musicians, it can be safe to say that most celebrities are creatives!

Democrats tend to see themselves as more empathetic, particularly towards minorities and downtrodden people.

This mentality of being a champion of the unfortunate lines up with the actions of celebrities, along with how they like to portray themselves.

With their empathy lining up with the claimed values of the Democrats, you could see why the blue party attracted the attention of many celebrities.

This also explains why many celebrities who are not creatives, such as Kim Kardashian and Kevin O’Leary, tend to lean more on the conservative side.

Studies show that almost 70% of conservatives in 2018 did not care to hear what celebrities had to say about politics.

Due to celebrities being overwhelmingly liberal, this is no surprise. However, it only helps feed an ever-spiraling situation.

With conservatives refusing to hear celebrities and vice versa, celebrities only speak to other liberals, from whom they get positive feedback.

This silence can lead to a sort of cognitive dissonance, where it seems like liberal celebrities are much louder than they are.

9. Other Celebrities Are Democratic

You’ve surely heard of peer pressure. When somebody’s peers behave or believe a certain way, they may feel obligated to feel the same way, and politics are no exception.

With celebrities being historically liberal, many others may adopt democratic beliefs, whether knowingly or not.

While some may publicly adopt democratic beliefs simply to fit in, others will be genuinely influenced, and if their political views aren’t liberal in the first place they will surely shift.

Never underestimate the power of groupthink! People will drastically change themselves to conform to a believed status quo.

As you can see, there are many reasons why celebrities tend to be more democratic. Whether it’s their home’s historical tendency toward liberalism or increased empathy for others, or even peer pressure, celebrities have leaned politically left for a long time, and it seems they will continue to do so.

However, many celebrities are not keen to talk about politics. Other celebrities are intensely private and do not talk about their personal lives in general, much less their political views. Ultimately, we can only claim that celebrities are liberal because of the ones that are openly liberal- nobody can speak for the people who don’t talk politics!

Why Are Butts Attractive? (11 Reasons Why)

Why Do Girls Go To The Bathroom Together? (7 Reasons Why)