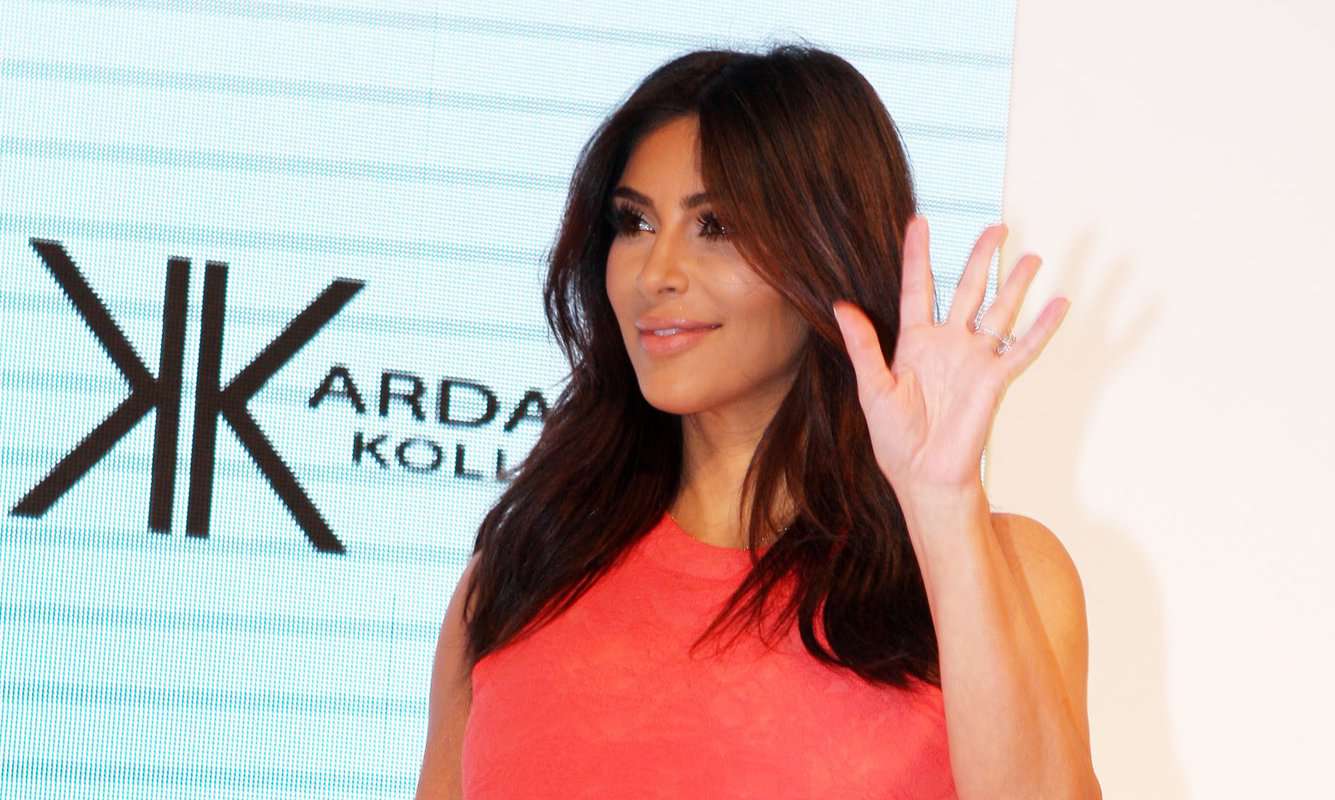 Kim Kardashian, along with the rest of her family, is one of the most polarizing figures in American pop culture. Her fans seem to love her, while other groups can’t seem to stand her at all.

No matter where you may fall on this spectrum, it’s hard to deny how famous Kim Kardashian is! The only problem there is that some people can’t seem to figure out why Kim is famous. This question has been around so long that it’s become a running joke in Hollywood. In case you were wondering, here are some of the reasons!

Why Is Kim Kardashian Famous?

While the infamous OJ Simpson murder trial of 1995 may not be directly responsible for Kim Kardashian’s popularity, its status as the basis for her entire family’s fame is unquestionable.

When OJ Simpson went on trial for allegedly murdering his ex-wife Nicole Brown and her friend in 1995, Robert was one of the lawyers OJ entrusted to clear his name.

The trial made Robert Kardashian a person of interest to the public eye, though not much attention was paid to his then-fifteen-year-old daughter, Kim, at the time.

With Robert being a key player in one of the most infamous murder trials of all time, he provided a solid foundation for his family’s rise to stardom- particularly that of his daughter, Kim.

Attraction is a strange game and something that has to do with different hormones and chemicals in your brain. This complication means that everybody has different tastes in people.

That being said, no matter what your preferences are, it’s hard to deny that many people consider Kim Kardashian attractive!

Notorious for her curvy figure and liberal use of barely-censored nude selfies, Kim Kardashian is famous for many of the same reasons as any other model- she’s good-looking and photogenic.

While she didn’t start her career off as a model, Kim certainly took advantage of her model-like appearance. Kim quickly became a face of fashion, becoming one of the most famous models on the planet.

Before her meteoric rise to fame, Kim Kardashian was a childhood friend of her fellow socialite, Paris Hilton.

Kim was Paris Hilton’s stylist, a role which came to view as Kim appeared on Paris’ reality TV show. While this was her first brush with fame, it certainly wouldn’t be her last.

She would become the personal stylist of pop/R&B singer Brandy, the sister of rapper Ray J, a connection that would later spark her rise to true fame.

While Caitlyn Jenner isn’t Kim’s parent, she was married to Kim’s mother.

Caitlyn is a media personality in her own right, and the Kardashian family’s connection to her only boosts their fame- and vice versa.

Caitlyn Jenner, then known as Bruce, is a gold medal-winning Olympic decathlete, who married Kim’s mother, Kris, after her divorce from Robert Kardashian.

With Kris moving from OJ Simpson’s lawyer to an Olympic decathlete, the family stayed in celebrity company, with Caitlyn only adding fuel to the fire that would become Kardashian fame.

5. Keeping Up With The Kardashians

The single biggest reason Kim Kardashian stayed famous, rather than being famous for a year and then fading back into relative obscurity, was Keeping Up with the Kardashians.

Keeping Up with the Kardashians, a reality show that aired on E!, was the longest-running reality show of all time and one of the most popular shows in its era.

The show was a smash hit, bringing not only Kim to fame but her entire family; her mother, her five sisters, her one brother, and all of their partners.

Even the already-famous Caitlyn Jenner saw a massive boost in fame from Keeping Up with the Kardashians, appearing as a series regular due to her marriage to Kris Jenner.

The series, officially created and produced by superstar reality TV producer Ryan Seacrest, ran for fourteen years between 2007 and 2021, amassing record-high viewership numbers for the channel.

That kind of success is nothing small. While several small factors led to Kim Kardashian’s initial success, Keeping Up with the Kardashians finalized it, and her fame has only grown from there!

6. A Matter Of Timing 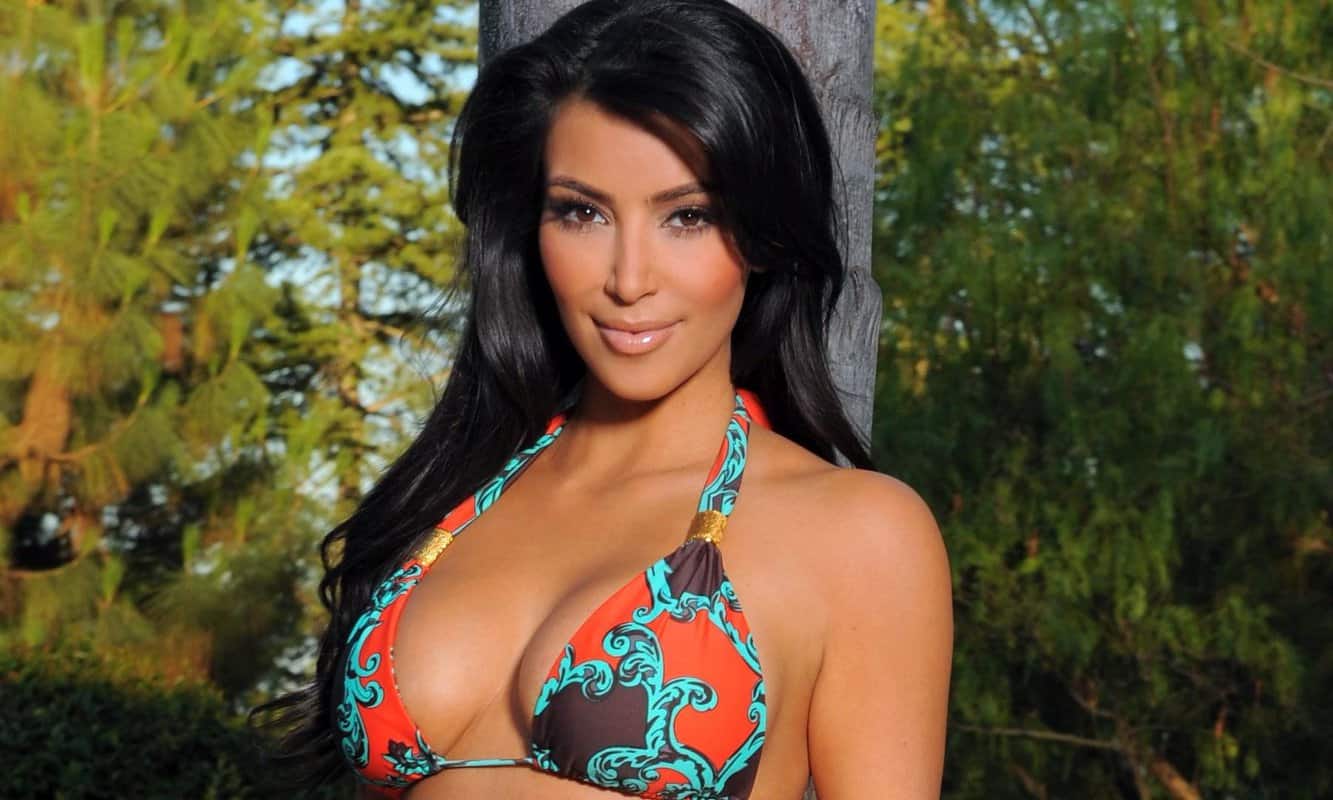 Although it’s more of a coincidental factor, one cannot dismiss how crucial the timing was for Kim Kardashian’s rise to fame.

In the early 2000s, the American celebrity culture- and by extension, tabloids- was obsessed with socialite starlets, with Paris Hilton being the biggest example of this.

While the Kardashian family was able to harness this cultural obsession, they didn’t truly have any control over it. The Kardashians simply latched Kim to it, and she became their ticket to stardom.

Oddly enough, one of the biggest reasons for Kim Kardashian’s massive fame is something that most people wouldn’t be proud of.

Much like her friend, Paris Hilton, Kim Kardashian’s meteoric rise to fame can be attributed to a leaked sex tape!

Filmed in 2002 and leaked in 2007, Kim’s sex tape with rapper Ray J was the immediate catalyst for her rise to fame.

8. Her Mother Pushes For Fame

While Kris Jenner may not have the cleanest reputation in Hollywood, nobody can deny that she is a stellar businesswoman.

By taking advantage of what most people would perceive as a negative situation, Kris Jenner was able to push her family- particularly her daughter, Kim- towards stardom.

This was accomplished by using Kris’ connections in the television industry- particularly to one Ryan Seacrest, who produced Keeping Up with the Kardashians after Kris pitched the show to him

While Kim and her family were reportedly outraged by its release, her sex tape’s aggressive marketing helped establish her public persona.

With the whole world knowing who she was, and her family’s show being picked up, the aggressive marketing did not end with her sex tape.

Anybody online in 2014 would remember the barrage of ads for her mobile game, Kim Kardashian: Hollywood. This no-holds-barred approach to marketing has remained a Kardashian staple since day one.

Kanye West, much like Kim, is a notably controversial figure. While he is undoubtedly one of the most famous and influential hip-hop artists of all time, his tendency towards public outbursts has garnered him much negative attention.

Because of his already-substantial level of fame and newsworthy public persona, Kim’s eight-year marriage to Ye could only have made her more famous.

The whole Kardashian and Jenner clan is considered famous for being famous, in the same vein as the aforementioned socialite Paris Hilton.

The term “famous for being famous” was coined to refer specifically to Paris Hilton and her entourage, with Kim Kardashian included.

As such, many people could say that one of the reasons Kim Kardashian is famous is simply because she’s famous!

No matter your opinions on Kim Kardashian as a person or as a celebrity, you can’t deny just how famous she is. The Kardashian family is Hollywood royalty, with Kim Kardashian standing at its head like the Queen of England. While she may not be the one running things, she’s the public face!

Hopefully, after reading this article, you understand exactly why Kim Kardashian has reached her level of fame. Whether you think she’s undeserving or not, she has put a lot of effort into keeping up her family’s appearance, and her fame doesn’t look like it’ll stop any time soon!