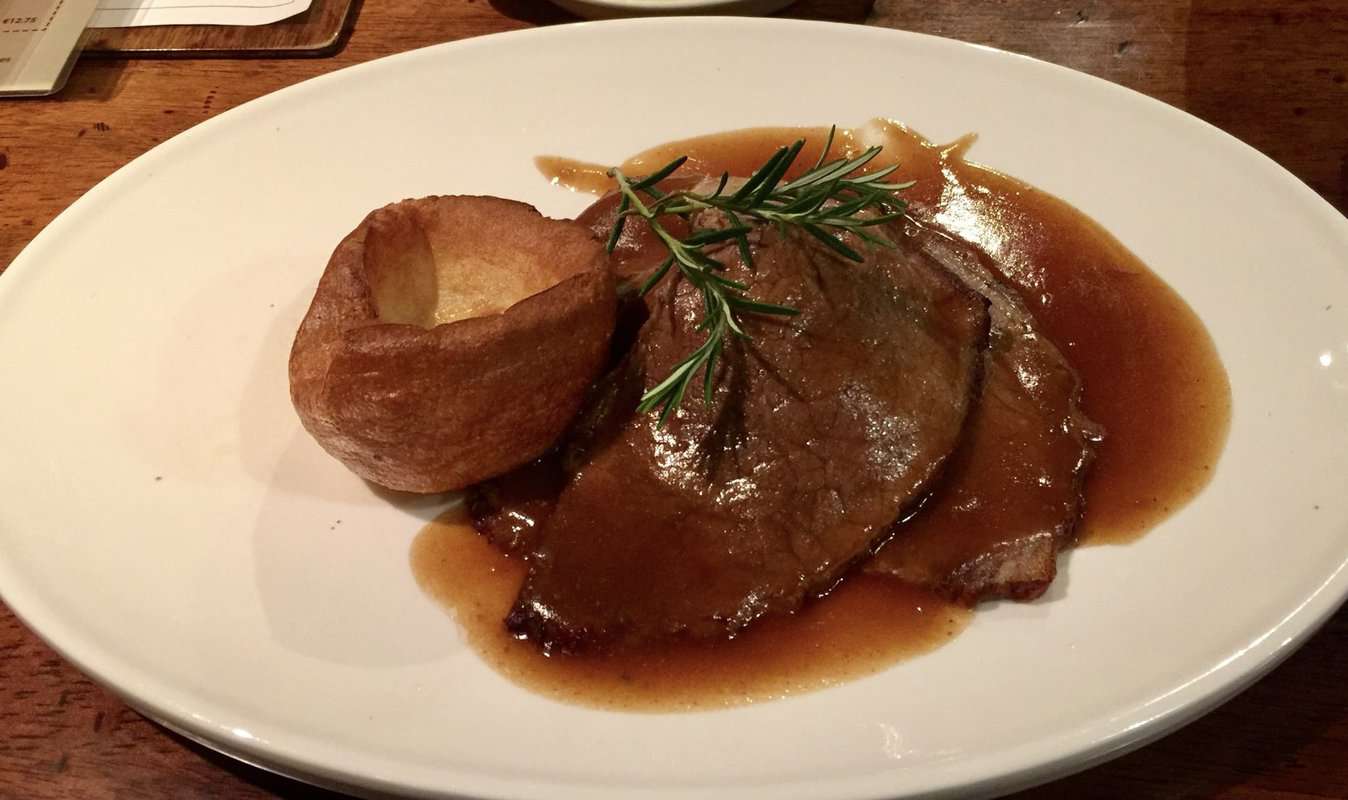 Our world has the British to thank for the Beatles, the Royal Family, and Bond. James Bond. But if there is one area where Britain’s contributions have been sorely lacking, it is in the cuisine department.

To put it bluntly, British food is widely perceived as being bland and boring. There are a number of reasons why British food is so bad and 11 of the most interesting ones are below, so keep reading.

Why Is British Food So Bad?

Europe was decimated after World War II and certain nations, like Britain, were reduced to rubble and had to undergo extensive rebuilding.

For the British people, this was a painful process that required great sacrifice and one aspect of their lives that was deeply affected was their diet.

During the war, Britain enacted strict food rationing due to the scarcity of food caused by limited shipments from abroad. This continued well after the war had ended, lasting through the 1950s.

With limited ingredients and a lack of flavor-enhancing additives like spices, it is no wonder that British cuisine took a monumental step backward during this period.

These effects were felt long after rationing policies were ended and they have certainly contributed to the bad reputation of British food.

One of the biggest knocks on British food is that the dishes are, for the most part, unimaginative.

Everything, it seems, is either boiled beyond recognition, fried to a crisp, or roasted to a moisture-less mass (or in some cases, all of the above).

These overused techniques have resulted in mushy, paste-like vegetables and dry hunks of meat that need to be slathered in gravy just to provide enough lubrication to swallow them.

While much of this can be traced to the types of ingredients that British households had at their disposal during times of war and despair, circumstances have certainly improved since then.

Yet the reputation for uninspired and unappealing food preparation still lingers.

3. People Eat First With Their Eyes

As the ancient saying goes (attributed to a first-century Roman named Apicius), we eat first with our eyes.

Read More:  Why Is Sushi So Expensive? (11 Reasons Why)

What this means is that the appearance of food matters and the more appetizing a dish looks the greater the desire or willingness to give it a try.

But the opposite is also true, especially where certain famous (or infamous as the case may be) British dishes are concerned. Here are a few notable examples:

Both of these eye-opening offerings would stop diners dead in their tracks before they even have a chance to grab a fork.

4. Many British Dishes Have Scary Names

Speaking of jellied eels, many British dishes are off-putting simply because of how they are named. British cuisine is full of strange monikers that have no business being associated with food.

Here are a few noteworthy (not to mention cringe-worthy as well) examples of the scary names given to well-known British dishes:

With names like these, is it any wonder that people might hesitate and think twice before giving them a try. That is if they can muster enough courage to go through with it.

There is an old saying that the French live to eat. The Brits, on the other hand, eat to live.

In other words, where some cultures renowned for their cuisine view food as something to be cherished and enjoyed, the British see it simply as a means of sustenance.

This perception of food being nothing more than fuel to keep the body’s engine running can go a long way toward explaining why British food is widely considered to be bland and lacking in character. 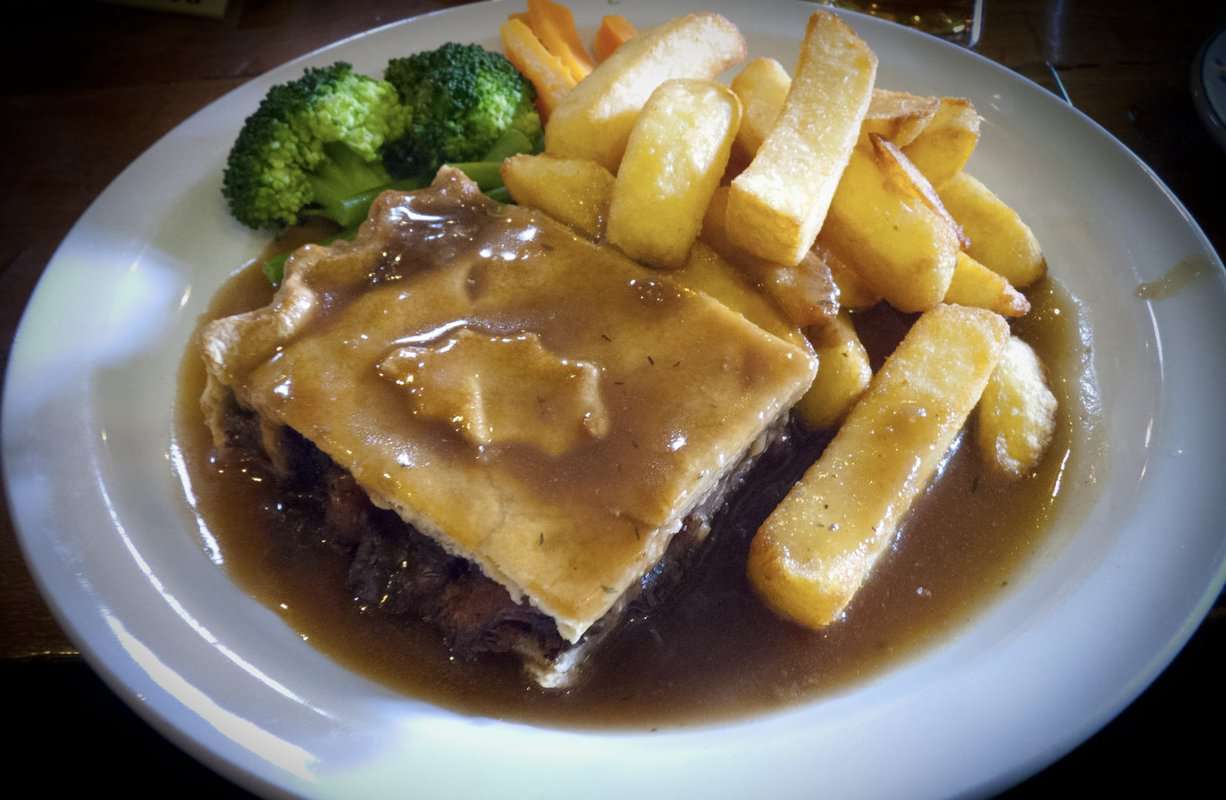 Unlike their counterparts on the continent like France and Italy, the British do not enjoy Mediterranean-type climates, nor do they have landscapes that are hospitable for growing wide varieties of produce.

Throughout their history, the Brits have relied on hardy crops like wheat, barley, oats, and, of course, potatoes.

While these staples have provided much-needed sustenance for centuries, they do not exactly lend themselves to imaginative cuisine that can tantalize the taste buds.

As industrial modernization took hold in countries throughout Europe and around the world, local economies increasingly turned to manufacturing pursuits instead of agricultural ones.

Farm labor transformed into the working class who took jobs in factories and other manufacturing settings.

In Britain, the rapid growth in the number of factory workers led to the popularization of fast food and ready-to-eat meals requiring minimal, if any, preparation. As the old saying goes, the rest is history.

8. Loss Of The Peasant Class

As far as regional cuisines throughout Europe are concerned, historians have pointed to the peasant classes in various nations as playing important roles in the development of their food cultures.

This was certainly the case in Britain, where for centuries, the best and most flavorful foods were being cooked in peasants’ kitchens.

But as the British peasant class slowly disappeared, so too did age-old recipes and cooking techniques.

Where simple, homestyle cuisine still thrives to this day throughout Italy and France, it all but disappeared in merry old England and so too did good, accessible food.

Having endured two world wars and countless other periods of conflict, the British people are known to be resilient.

In fact, keeping a stiff upper lip is a common saying among the Brits and a national state of mind that has been steadily passed on from one generation to the next.

British people have always been good at making do with what they had at their disposal when dealing with the difficult circumstances that have confronted them through the centuries.

Thus the British attitude that food’s flavor is simply not as important as its nutritional value. While this has certainly contributed to profound character-building, it has also hindered their culinary pursuits.

Aside from cutting off supplies of basic staple ingredients, times of war also deeply affected British food culture in another, even more tragic, way.

Read More:  Why Is Pizza So Expensive? (11 Reasons Why)

Prior to World War I, many of Britain’s finest and most highly skilled cooks were actually domestic servants working in middle and upper-class households.

When war broke out, many of these citizens, servants and masters alike, went off to defend their homeland, and sadly, great numbers of them never made it back.

As British families dealt with their devastating losses, British cuisine as a whole suffered from the vacuum of cooking knowledge that resulted from these casualties of war.

11. British Food Is Also Bad for You

To add insult to injury, not only is British food widely perceived as boring and flavorless, but it also has not fared very well in recent studies and public opinion polls.

A research project in 2018 found among other things that:

Thus, on top of being bad in terms of flavor and appeal, British food has earned the dubious distinction of also being just plain bad for you.

Britain is an undisputed world power in terms of economic and social standing. Its cultural contributions to the world are also beyond compare.

But when it comes to cuisine, British food falls surprisingly short of expectations. Knowing the grit and determination of the Brits, however, it would come as no surprise if this trend were to be reversed.