Why Are Oysters So Expensive? (11 Reasons Why) 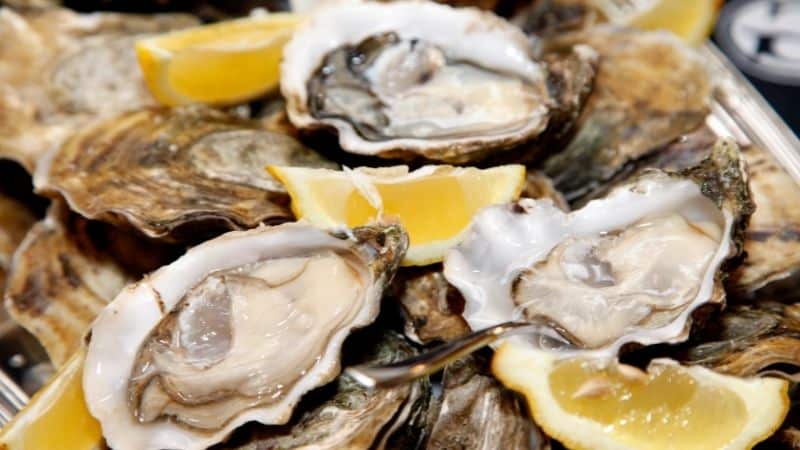 Believe it or not, there was a time when oysters were treated as free snacks to be handed out in bars. Now, oysters are some of the most expensive and luxurious foods on the market.

If you are a fan of oysters and have been frustrated at the escalating price that oysters come in, you might be wondering what makes oysters so expensive. Here is what I found!

Why Are Oysters So Expensive?

Oysters are expensive because of the immense gap between the demand and supply. In the past 100 years, the oyster population has dwindled drastically, and oysters are predicted to become rarer. Additionally, oysters take two years to mature; harvesting requires special equipment. Oysters need to be kept alive throughout storage and transportation.

If you are interested in learning more about the declining population and challenging procurement process of oysters, which drives up the oyster’s selling price, keep on reading!

1. Oysters Are In High Demand

The demand for oysters boomed in the 20th century, and there is nothing to suggest that consumer interest in oysters will wane in the coming years.

Moreover, the high demand for oysters coincided with the sudden drop in the oyster population due to factors like overfishing and water pollution.

Therefore, with the increasing scarcity of oysters, it is only natural that farmers, distributors, and restaurants are selling oysters at extravagant prices.

2. Oyster Population Is In A Steep Decline

At the onset of the 20th century, the oyster population suffered a steep decline and still does to this day.

For example, a recent study showed that around 85% of oyster reefs globally have died in the past century, and those that remain cannot function as ecosystems anymore.

Consequently, this makes oyster fishing and farming more costly and laborious; to compensate, oysters are sold at a high price.

Read More:  Why Is Sablefish So Expensive? (9 Reasons Why)

3. Oysters Grow In A Specific Environment

With the death of oyster reefs, the only solution was to develop oyster farms that replicate the ecosystems where oysters thrive.

Also, apart from recreating the saltwater environment and rocky terrain that oysters love, farmers need to keep the oysters’ surroundings as clean as possible.

Further, producing these ecosystems and maintaining them requires the input of specialists and the assistance of top-grade equipment, hence driving up the cost of oysters.

Oysters grow at varying paces, but most oysters achieve full maturity after one to two years. Also, harvesting oysters any sooner can make them unsuitable for consumption.

Further, during the 18 to 24-month wait, the oysters use up large amounts of the farm’s time and resources.

Therefore, to cover the high entry point of oysters and secure a profit, farmers need to sell oysters for a high cost. 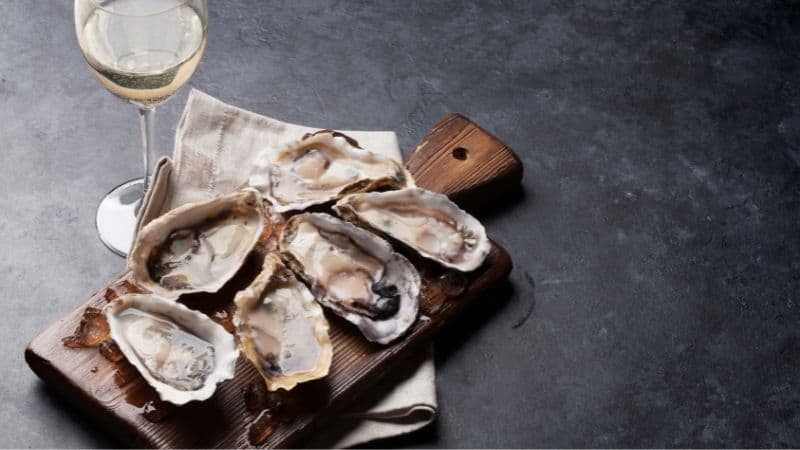 Regardless of where oysters are sourced, harvesting oysters requires special tools and methods to be done successfully.

That said, any less precision in their manner of procurement and the oysters are at risk of getting damaged or dying altogether.

When damaged or dead, oysters cannot be sold, which is why fishers and farmers invest in the right tools and experts, and the oyster’s selling price covers these costs.

Harvesting oysters is not the only tricky part of the process. That said, once the oysters are brought in from the sea, the oysters undergo depuration, an intensive cleaning process.

During this process, the oysters are cleansed of any dangerous bacteria that could make them unsuitable for consumption.

Read More:  Why Is Hellofresh So Expensive? (11 Reasons Why)

7. Oysters Have To Be Stored And Transported Fresh

Different farms use different methods to ensure that the oysters remain fresh throughout transportation. So, if the oysters are subjected to fluctuating temperatures, they can die.

Additionally, safety precautions have to be taken to prevent bacteria strains from surviving in the oysters, as this can cause severe food poisoning among consumers.

All these precautions, from the containers the oysters are packed into to the very vehicles transporting these containers, can inflate the oysters’ price upon sale.

8. Every Oyster Needs To Be Analyzed & Certified

Oysters undergo a system of analysis and certification to guarantee consumers that the oysters are high-quality and safe for consumption.

Without this step, oysters can be dangerous to eat, and many unsafe oysters might reach the premises of supermarkets and restaurants.

Also, analysis and certification are not something every commodity undergoes, and whenever it is applied, things like oysters become expensive.

9. There Are Different Types Of Oysters

Oysters are expensive in general, but some oysters cost more than others. So, depending on what you buy, the oysters’ prices can range from upscale to outrageous.

Further, some of the most sought-after oysters you will see on the market are the Kumamoto oysters, European flats, Atlantic oysters, Olympia oysters, and Pacific oysters.

Essentially, each type of oyster comes with a unique charm, and depending on the demand for a specific oyster, the prices can easily inflate beyond most people’s budgets.

Read More:  Why Are Macarons So Expensive? (11 Reasons Why)

Another factor exacerbating the dwindling supply of oysters is that oysters spoil quickly. Technically, oysters can stay fresh for up to 14 days, but this is not guaranteed.

Also, improper handling and storage, whether on the farms, during transportation, or within restaurant premises, can impact the freshness of the oysters.

Moreover, when oysters are mishandled, and losses are incurred, the supply of oysters further declines. Consequently, this makes the high prices of fresh oysters justifiable.

Originally equated with the poor, oysters experienced a drastic rebranding in the past century and became a sign of luxury in most countries.

Today, oysters are often garnished and served in fancy containers; on the side are mignonette sauces, Tabasco, and finely sliced lemon wedges.

Naturally, this show of opulence must correspond to an expensive price tag. Otherwise, the oysters will not feel as luxurious or satisfying to eat.

Like other expensive commodities in the market, oysters experienced sudden price inflation because the supplies of oysters cannot meet consumer demands.

Furthermore, oysters have become increasingly difficult to harvest at sea and cultivate on oyster farms.

Therefore, to make up for the investments made so that oysters can reach consumers, fishers and oyster farmers have to increase their mark-up on oysters.

Why Are Oxtails So Expensive? (11 Reasons Why)

Why Are Refrigerators So Expensive? (11 Reasons Why)