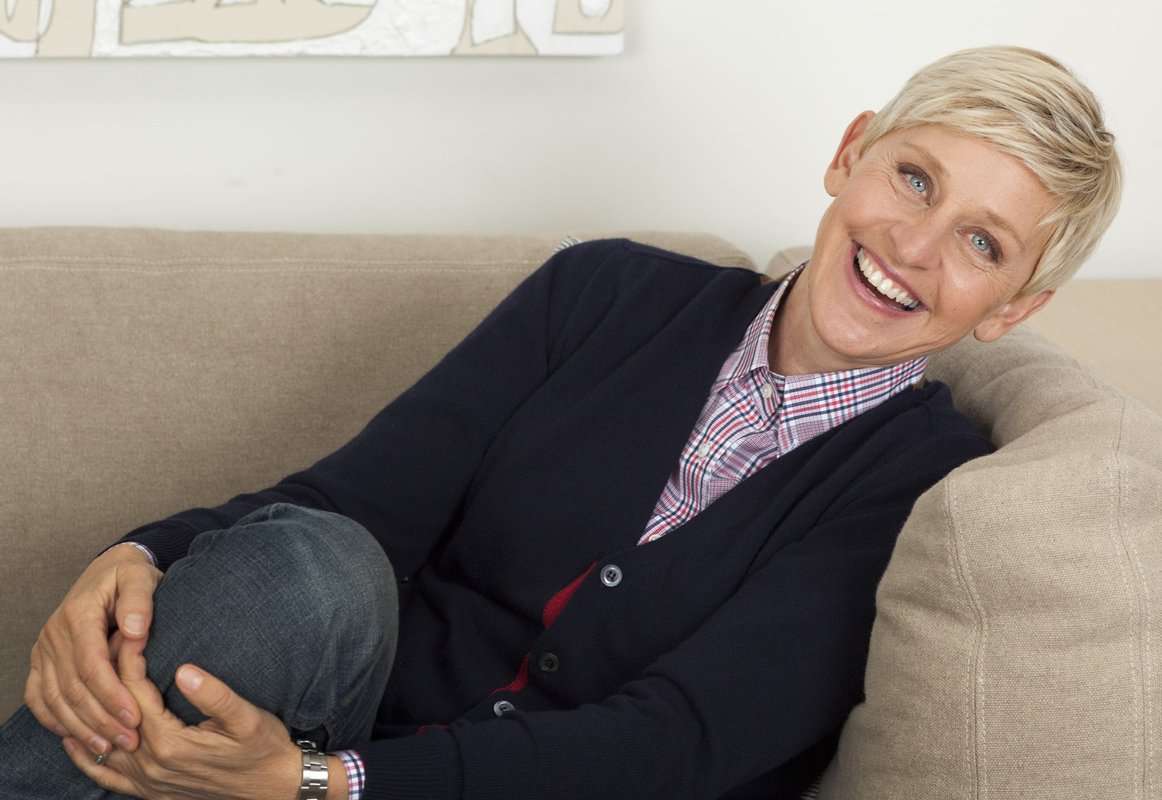 Ellen DeGeneres of “The Ellen DeGeneres Show” is known for her fun attitude, enjoyable interviews, and good deeds. In fact, Ellen was one of the most famous influencers in Hollywood for quite some time.

However, things have changed recently, and people have begun to call out Ellen for her real-life behavior. So, why do people hate Ellen? Read on for 11 reasons that have made people in America and the world hate Ellen lately.

Why Do People Hate Ellen?

1. Not Living Up to Her Mantra

Every episode of the Ellen DeGeneres Show ends with her saying, “Be Kind.” With that being her mantra, one would expect to see kindness reflected in every aspect of her demeanor. Unfortunately, however, this isn’t the case.

It seems that her public persona is at odds with her personal behavior. For a person always preaching about kindness, she needs to exercise it more often. Actually, a thread of 2000 replies on Twitter called her “the meanest person alive.”

It seems that DeGeneres isn’t as nice with her guests as you would expect. For instance, the Dutch Youtuber Nikkie de Jager, also known as Nikkie Tutorials, has complained about that.

De Jager called her experience with Ellen a “Teletubbies After Dark.” She mentioned that Ellen didn’t even bother to greet her before they had to put on their smiles for the camera. She also described Ellen as cold and distant whenever the cameras were off.

Other celebrities, like Brad Garrett and Lea Thompson, have also criticized Ellen. They’ve both agreed that it’s common knowledge that Ellen mistreats her guests.

The stressful conditions of the pandemic have revealed the true colors of many workplaces. Unfortunately, the DeGeneres Show isn’t an exception.

Crew members have complained that Ellen isn’t a team player. For instance, during the coronavirus pandemic, they have all been kept in the dark about their hours and pay.

In her defense, no one would say that it’s all Ellen’s fault. However, it’s worth noting that some show hosts, such as Jimmy Kimmel, paid their teams from their own pockets.

Anyone would expect the same from the advocator of kindness with a 500-million net worth, especially since some of these people have worked with her since the first episode in 2003.

Many employees and former employees have also reported that Ellen creates a toxic workplace.

For starters, claiming that she has a “sensitive nose,” she would ask anyone coming into her office to chew gum from a bowl outside her door.

One ex-employee once mentioned that others told him on his first day that Ellen would pick a person to hate daily. Then, they advised him to suck it up, for she’d choose another the following day.

Unfortunately, the “Be Kind” lady might not be practicing what she preaches. Ellen DeGeneres always calls for kindness and tolerance. However, she’s not kind to the people on her own team.

During the coronavirus shutdown, many people suffered reduced pay due to the short working hours. Ellen’s crew members were waiting for orders to resume filming, especially after she announced on air her desire to do that as soon as possible to support her crew.

However, to their shock, they woke up one day to discover via social media that she had hired a tech company to help her film from home. 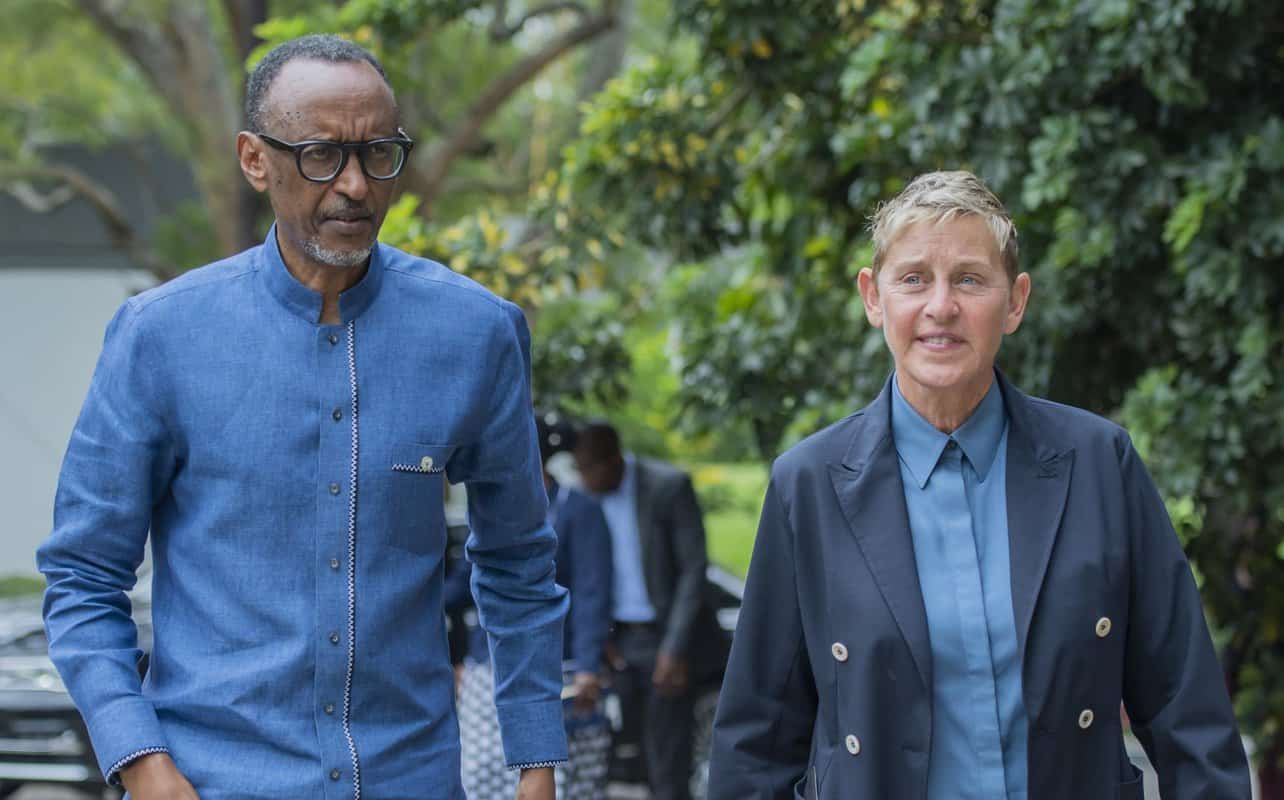 Some believe that Ellen DeGeneres is also insensitive toward others. For instance, during the coronavirus lockdown, she compared self-isolation to being in jail.

Although this might seem like a normal remark, it wasn’t tolerated coming from the person who preaches about kindness. The problem here was that during that time, prisoners were unable to practice social distancing, which put them at direct risk of death by covid-19.

Therefore, comparing quarantine in a multi-million-dollar mansion to jail made the remark totally insensitive, given the conditions of prisons at the time.

People of America have heard a lot about Ellen’s bad treatment of celebrities, staff, and even personal help. Even those who dealt with Ellen for a short period came out to mention her aloof demeanor.

For instance, a former bodyguard who was assigned to protect DeGeneres and her family during the 2014 Oscars said that she was somehow demeaning to him.

Ellen is believed to be cold and demeaning to anyone who’s not in her immediate circle. This comes as a shocking contrast to the show host’s on-set persona.

8. Her Friendship with George W. Bush

It all started when Ellen wondered why she didn’t attend Dakota Johnson’s birthday party. People started to dig deeper and found out that she was having a good time with George W. Bush at an NFL game in Texas.

Although America doesn’t penalize anyone on good terms with George Bush, it can’t be accepted coming from Ellen in particular. How come someone accused of war crimes is good friends with the only TV host in America who lives by “Kindness” as her motto?

On top of that, how does a liberal LGBT advocate be friends with a conservative republican who opposes same-sex marriage? It’s a huge mystery that made everyone accuse her of hypocrisy.

9. Not in Touch with the Real World

One important aspect of a TV host is empathy with a wider range of people. This isn’t really a trait in the famous Ellen DeGeneres, who lives in her own ivory tower, where she has a way for everything.

For example, a former associate producer mentioned that once, Ellen lost her reading glasses and couldn’t read a text she received. Surprisingly, her initial reaction was to call Steve Jobs to complain about the font size on the iPhone.

Such an incident and many others show how Ellen lives in her own privileged bubble without any contact with the real world. This quality undermines the authenticity of her message of kindness.

That being said, Ellen isn’t all bad. After all, we have seen her good deeds. This, in turn, suggests that she might be a communal narcissist.

Generally speaking, communal narcissists do many good deeds only to look good in front of others. They can be really mean to their families, friends, or employees if not seen for the amazing people they believe they are.

Ellen DeGeneres fits this profile almost perfectly. She’s known for her good deeds and horrible treatment at the same time. This makes her a communal narcissist who strives to appear as a wonderful person but fails to live up to the role most of the time.

What’s happening with Ellen might be a little too much. Like every other person, she has her negative traits. However, people are overly against her.

This doesn’t mean that Ellen is pure evil. Instead, it might just mean that this is happening for a reason. All this heat and criticism might be to increase sales.

People tend to enjoy reading rumors and backslashes. Therefore, tabloids write heavily on the subject to increase readership and circulation.

So, why do people hate Ellen? The recent criticism of Ellen DeGeneres can be attributed to a variety of reasons.

Such reasons include that she doesn’t live up to her mantra, she doesn’t practice what she preaches, and she is friends with George Bush.