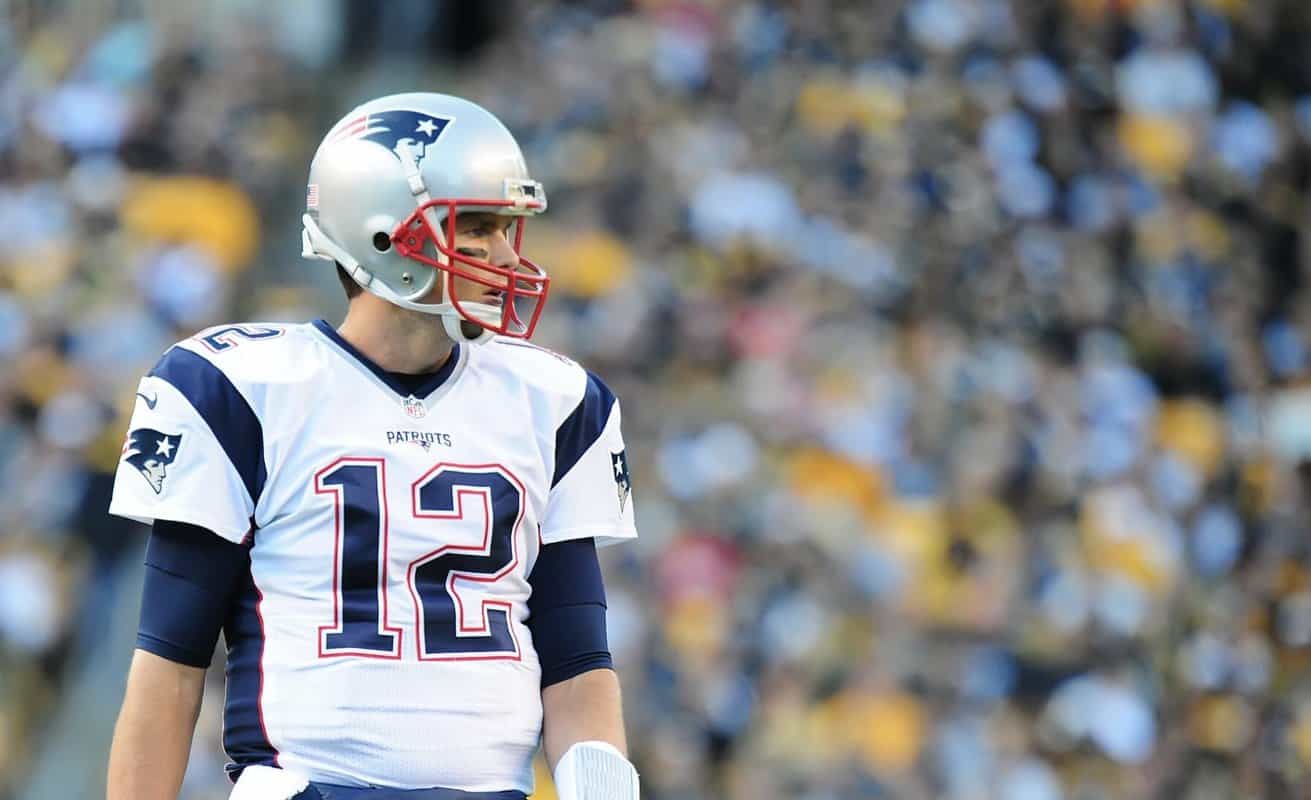 For just as many fans as there are of Tom Brady, an equal number of people hate him. There are a variety of reasons why people hate Brady, ranging from his perceived arrogance to his on-field success.

Whatever the reason, there’s no denying that a significant portion of the population can’t stand the New England Patriots quarterback.

Why Do People Hate Tom Brady?

In perhaps the most infamous moment of his career, Brady was caught red-handed using underinflated footballs during the AFC Championship game in 2014.

While the investigation did not find definitive proof that Brady knew the balls were deflated, it’s clear that he benefited from the scheme.

The resulting four-game suspension handed down by NFL commissioner Roger Goodell only added fuel to the fire.

In the years to follow, Brady’s track record has been fairly exemplary. Moreover, many of Brady’s fans feel it isn’t fair to judge him because of one mistake.

Still, Brady’s detractors have many other reasons why they hate him. So let’s dig a little deeper to see what all the fuss is about.

With seven Super Bowl wins under his belt, Brady is the most successful quarterback in NFL history. He’s also been named MVP three times, Super Bowl MVP five times, and he has more regular-season and playoff wins than any other QB.

It’s nearly impossible to have a conversation about all-time great NFL players without including Tom Brady, and that is the fact that some people can’t stand.

Unsurprisingly, Brady’s success has made him a target for haters. Some people simply can’t stand to see someone achieve so much.

But some people have other reasons not to like Brady. Keep reading for nine more reasons why people hate Tom Brady.

There’s no denying that Brady is a highly talented quarterback. He’s got a strong arm, great accuracy, and excellent pocket presence. However, some people believe that he hasn’t fully earned his success due to the talent he was born with.

If everyone is honest, this isn’t a fair argument. Brady trains just as hard as any other player in the league, if not harder. You can’t fault someone for being born with outstanding talent.

Still, plenty of haters are more than happy to add this reason to their list of why they dislike Brady.

While Tom Brady seems to be a nice guy, his detractors say that he comes across as smug and arrogant. This is perhaps best exemplified by the “deflategate” scandal, in which Brady was accused of knowingly using underinflated footballs.

Moreover, Brady is sure of himself, which can come across as arrogant. He believes he’s one of the best players to play the sport of football. At the same time, however, he backs up what he says.

Tom Brady is an outstanding quarterback, making him appear arrogant to some people.

But if you look back at past greats, many had the same high opinion of themselves. There’s Mike Tyson in boxing, Michael Jordan in basketball, Chris Jericho in professional wrestling, and Babe Ruth in baseball.

It’s just part of being one of the best at what you do. Are those superstars right or wrong? You decide.

Tom Brady has been accused of being a bad role model for kids, mainly because of the “deflategate” scandal.

Some people feel that Brady is not a good role model because he has cheated and lied in the past. They believe that children should look up to someone honest and ethical.

Aside from these instances, though, Brady has a reasonably good record. He hasn’t gotten arrested, and many consider Brady to be a good family man.

Brady is a good role model compared to many other sports superstars. 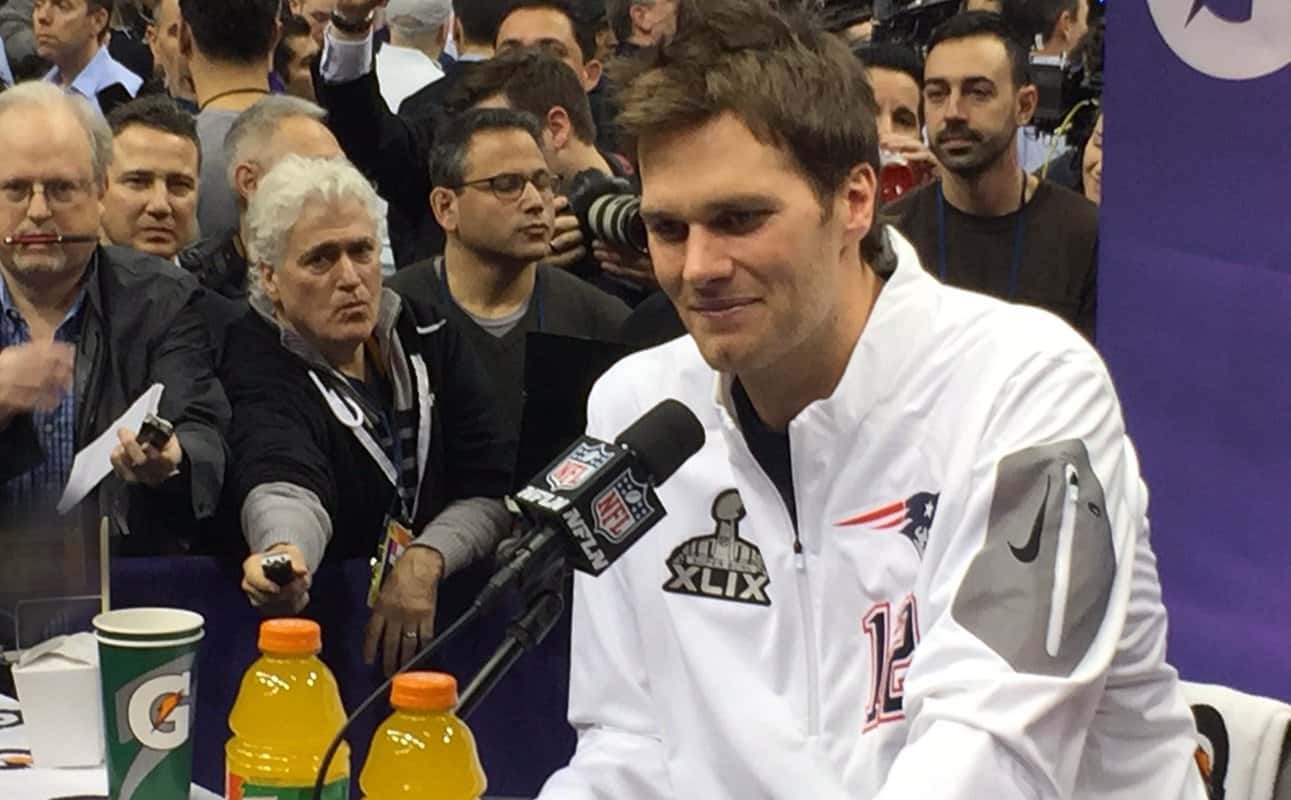 Tom Brady is often accused of being a poor sport, and this is most likely because he has been involved in some close and controversial games. For example, the “tuck rule” game against the Oakland Raiders in 2002.

Brady fumbled the ball in this game, but it was ruled an incomplete pass because his arm was moving forward.

The Raiders thought they had recovered the ball and were about to score a touchdown, but the play was overturned, and the Patriots ended up winning the game.

Because of this call, many Raiders fans still believe that Brady is a cheater, and they feel that he benefited from a rule later changed because of him.

While it’s impossible to please everyone, Tom Brady has certainly managed to make a lot of enemies throughout his career. Some people simply don’t like his style of play, while others take issue with his off-field behavior.

Whatever the reason, it’s clear that there are plenty of people out there who can’t stand Tom Brady.

This reason is more about Brady’s fans than Brady himself. Nevertheless, some people claim it’s a valid reason not to like Brady.

Some people find Brady’s fans to be annoying. They can sometimes be obnoxious and arrogant, and this is likely because they are confident in their team and quarterback.

Tom Brady is not only a successful quarterback but also rich and handsome, and this combination can be a turnoff for some people.

Perhaps it’s jealousy that leads some to despise Brady. Or maybe they don’t like seeing someone who has it all. Whatever the case, plenty of people out there are envious of Tom Brady’s success.

Tom Brady has been accused of being a whiner on the field, and this is most likely because he often argues with officials about calls against him.

Some people find this behavior to be unbecoming of a professional athlete. They believe that Brady should just accept the calls and move on with the game.

At the same time, one could argue that Brady holds himself to a higher standard, thus commanding perfection from officials.

There’s no arguing that Brady is a fierce competitor. This trait, however, can also rub some people the wrong way.

This reason is similar to “rich and handsome.” Some people don’t like that Tom Brady seems to have it all.

Sure, Brady’s had some not-so-perfect instances in his life (see: deflategate). But at the end of the day, he’s a successful quarterback with a beautiful wife and adorable children.

On top of that, he’s also rich and handsome. For some, this is just too much perfection for any one person to possess.

This is probably the most subjective reason on this list. Some people simply find Tom Brady to be dull.

Whether it’s his personality or his on-field play, plenty of people out there believe Brady is too boring. But his fans will be the first to say otherwise. Brady’s accomplishments on and off the field speak for themselves.

Whether you love him or hate him, there’s no denying that Tom Brady is one of the most successful quarterbacks in NFL history.

He’s a 7-time Super Bowl champion, and he’s widely considered to be the GOAT. For many of Brady’s fans, that’s all that matters.