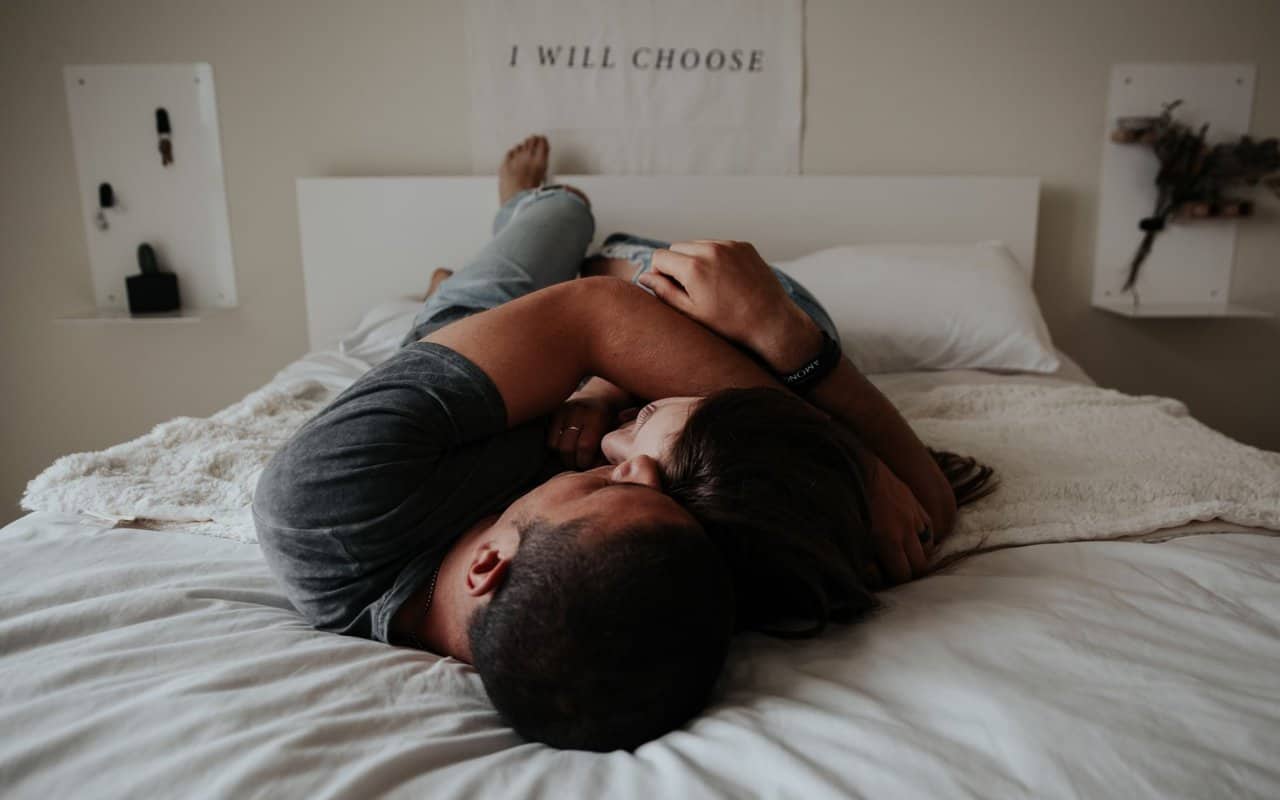 Let’s face it. We don’t always understand the motives behind what guys do. For example, after a breakup, guys process their feelings differently.

There are many reasons why a guy might sleep with his ex. Sometimes, it might be because they were never really over them in the first place, or they want to feed their ego.

Why Do Guys Sleep With Their Ex?

Guys may sleep with their ex because they are still in love. They can’t get over them and still have strong feelings for them.

Even though they may be in a new relationship, they can’t help but think about their ex and how things were between them.

He may not want to admit it, but the feelings remain.

We hear this all the time. “I was drunk and didn’t know what I was doing,” he says after sleeping with his ex.

If he was drunk when he slept with his ex, it’s not that he misses them. He was drunk, and his ex was the first thing that popped into his head.

The ex might pursue him when he’s drunk, knowing he’s out drinking, and contact him, even though he is trying to forget about them.

Closure is essential to guys because it helps them move on from the relationship. When a guy doesn’t have closure, he may always think about his ex.

He may even try to contact them in hopes of getting some answers. But unfortunately, this can be a huge distraction and prevent him from moving on.

They may also want to apologize for any mistakes that they made. By talking to their ex, they can hopefully come to a resolution and move on.

While talking through closure, things might progress towards sleeping together. His search for closure might reignite the passion.

Some guys miss their exes because they are narcissists and miss the attention their ex gave them and how they always made him feel like the center of their universe.

Guys who are used to being in relationships where they are doted on can have difficulty adjusting to being single again or in a relationship that isn’t centered on them.

This type of man is usually only interested in himself and getting what he wants. A big reason why guys sleep with their ex.

These guys may not be ready to admit they were wrong and need to change their ways. True narcissists require intensive therapy to overcome this personality disorder.

Guys sometimes sleep with their ex because they want to be friends with benefits. But, on the other hand, maybe he’s not ready for a serious relationship.

He might want someone to talk to or cuddle with, and he does not want a commitment. A guy might want a sexual partner with no strings attached. 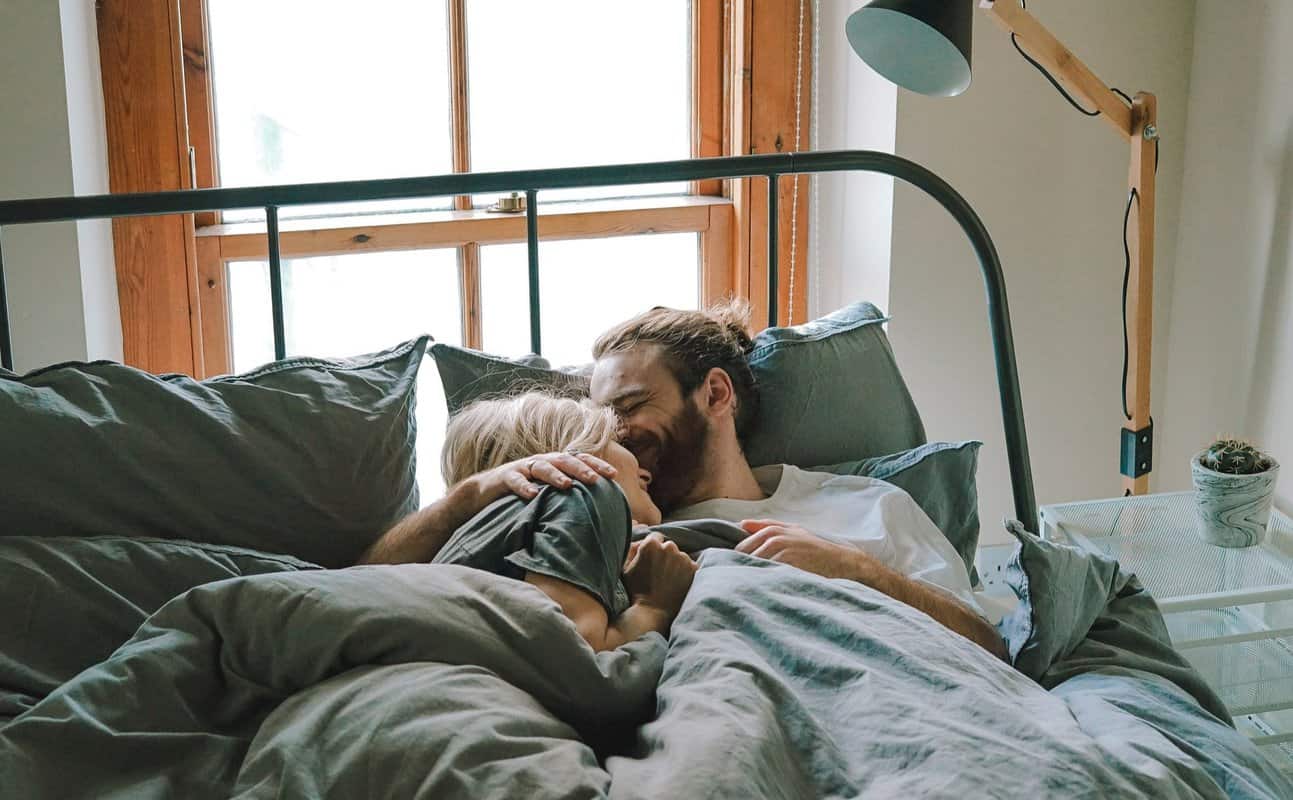 A guy might sleep with his ex because they are familiar. They know what to expect from them, and they are comfortable with them.

If a guy is in a new relationship, he may miss his ex because he doesn’t have that same level of intimacy with his new partner.

They may also miss the attention that their ex gave them. Finally, they may not be happy with the relationship, but it is easier than starting again with someone new.

They may have been with their ex for a long time and never had the chance to date, other people.

Sometimes two people click in bed, and the sex may have been so good that a guy wants to experience it again leading him to sleep with his ex.

Maybe the ex was his first, and he’s never experienced sex like that. He might miss his first for sex, not necessarily for love.

He might miss the things his ex did for him or how the ex pleased him. Guys sometimes sleep with their ex because the sex is just that good.

There could be several reasons someone might sleep with their ex, even after moving on. First, it could be that there are unresolved emotions.

They may not have had a resolution after the breakup, or they may still be in love with their ex. Either way, unresolved emotions can lead to a guy sleeping with an ex.

If a guy doesn’t feel like he was able to express how he felt during the relationship entirely, he may find himself wanting to contact his ex later on.

Guys may sleep with their ex because of their ego. They want to prove that they can still get their ex, even though the ex has moved on.

They also want to show that they are still attractive and desirable. Guys often miss their ex for ego reasons.

If he feels like he was the one who ended the relationship, he may start to doubt his decision and wonder if he made a mistake.

He may also worry that they will find someone new and that he will be replaced in their life. All of these fears can lead him to try to sleep with his ex.

They can’t stand the thought of their ex being with someone else. So ego tells a guy that he needs to be the one with his ex, so that could lead him to sleep with them.

Being turned down is a blow to their ego, and they can’t handle it. So they need to be the ones their ex is with, even if it means crawling back to them and begging for forgiveness.

Many guys regret how they treated their ex after the relationship was over. They realize they took them for granted and didn’t appreciate all their partner did for them.

They may have even cheated on their ex or been otherwise disrespectful. Then, finally, they realize that their ex was the best thing ever for them.

They made a massive mistake in letting them go, leading guys to sleep with their ex.

He knows that he hurt their feelings, and now he feels guilty. He misses them because they are a good person, and he knows he won’t find anyone like them.

Sometimes two people have an emotional connection much deeper than just sleeping together.

Guys sometimes sleep with their ex because they have a connection with them. They shared a lot of intimate moments and had a strong emotional bond.
When the relationship ends, they are left feeling empty and alone. They may try to find other girls to date, but they will always compare them to their ex, and no one will measure up.

Guys sleep with their ex because they may have had a deep emotional connection. They were able to share their feelings and thoughts.

To learn more, you can also read our posts on why your ex randomly apologized, why your ex is checking up on you, and why you are obsessed with him.

Guys sleep with their ex for a variety of reasons. Reminiscing on better times or simply missing the attention, guys think about their ex for different reasons, even if they don’t admit it.

Not dwelling on the past is essential to getting over an ex. Healthy boundaries and communication are always crucial in adult relationships.

Why Did I Get Paid Early? (9 Reasons Why)