Why Is Everyone So Mean To Me? (11 Reasons Why) 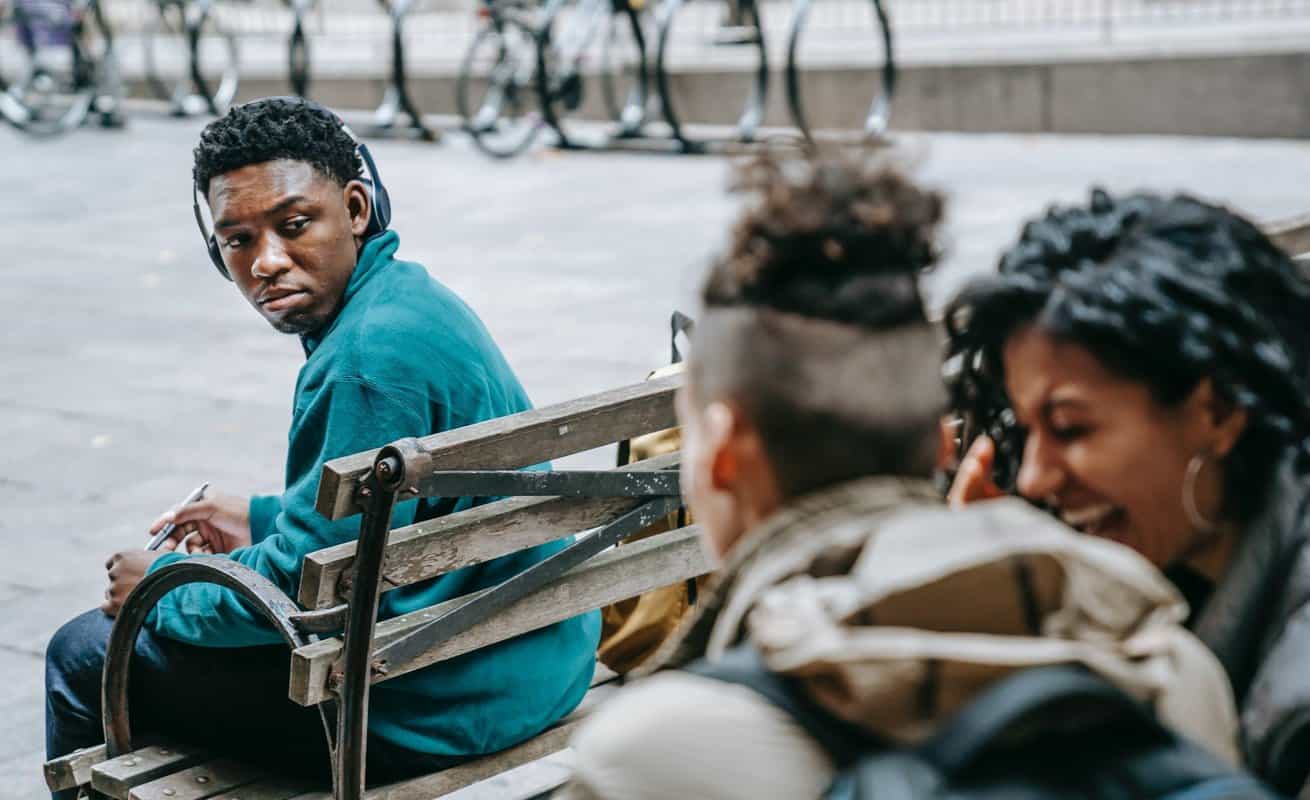 Nobody likes when somebody is mean to them, and it can seem like everybody is mean to you! Just because people have bad days doesn’t mean they have to take it out on you and make your day just as bad!

Unfortunately, people being mean is nothing new. It seems like people will take any excuse to be rude to other people, and it can make you feel downright awful. Sometimes, you may be wondering just why people are that mean!

Why Is Everyone So Mean To Me?

1. You Have Low Self-Esteem

Having low self-esteem can lead to two major things. The first thing is that bullies and mean people will specifically single you out and pick on you.

If you openly have low self-esteem- for example, if you walk through crowds with your eyes on the ground- mean people will be able to tell that you are particularly affected by their bullying.

It’s a cycle of bullying, with mean people lowering your self-esteem, which attracts more bullies.

The only way to escape this spiral is by working on your self-esteem, whether it be by going to the gym or going to therapy. If you can manage it, doing both at the same time is a great option!

The second thing low self-esteem can do to you makes you think everybody is being mean to you.

If you think you are a magnet for bullies, then anybody not being overtly friendly may seem like they’re being mean to you!

Much like low self-esteem, being sensitive can attract bullies and mean people.

Sensitive people will often take things just as personally as people with low self-esteem and therefore are just as susceptible to people being mean.

In many cases, being sensitive and having low self-esteem overlap, but not necessarily!

You can think lowly of yourself without being particularly sensitive to other people, and vice versa.

Regardless, sensitive people may perceive slights where none were intended, such as the tone of somebody’s voice not being what the sensitive person wanted.

In cases like these, a sensitive person could misconstrue somebody being tired as being upset. Sometimes, people aren’t truly being mean- you only think they are!

Just like you can be sensitive and have low self-esteem, so can everybody else. Sometimes, insecure people take their insecurities out on everybody around them.

In the age of social media, people grow more insecure with each passing day. While it’s not likely that everybody will behave like this, a number do.

In these cases, it can seem like the world is ganging up on you. In reality, it’s only a group of people who may feel the same way you do- they just don’t know how to express it.

4. Life Can Be Tiring

Social media can be draining, placing unrealistic expectations on people for their bodies, homes, and lives.

Mix this with the same treatment on television and the big screen, and you have a constant bombardment of exhausting expectations.

Pile this on top of a grueling workday, and you can see why some people might be tired and miserable.

When somebody is that upset, they can take it out on other people, just like if they were insecure.

With most populations experiencing this kind of burnout, it can seem like everybody is mean to you, and maybe they are- but the root cause is because their life is exhausting!

5. Society Does Not Reward Kindness

With the rise in social media, people seem to be rewarded for being vain and mean.

‘Roasting’ is a comedic practice based around insulting people, and while it can be done in good fun, it can classify as bullying when unasked for.

When people see funny videos of others getting roasted online, they may try to do it with their friends.

If it’s a mean roast, they may get a positive reaction from the audience, but the victim may get hurt.

Ultimately, being kind is not often rewarded in society. Even before social media, careers in sales and administration were built around bullying others into doing what you want.

Read More:  Why Is My Girlfriend Ignoring Me? (11 Reasons Why)

As social media and the internet continue to influence lives, people will get rewarded for downright mean behavior. 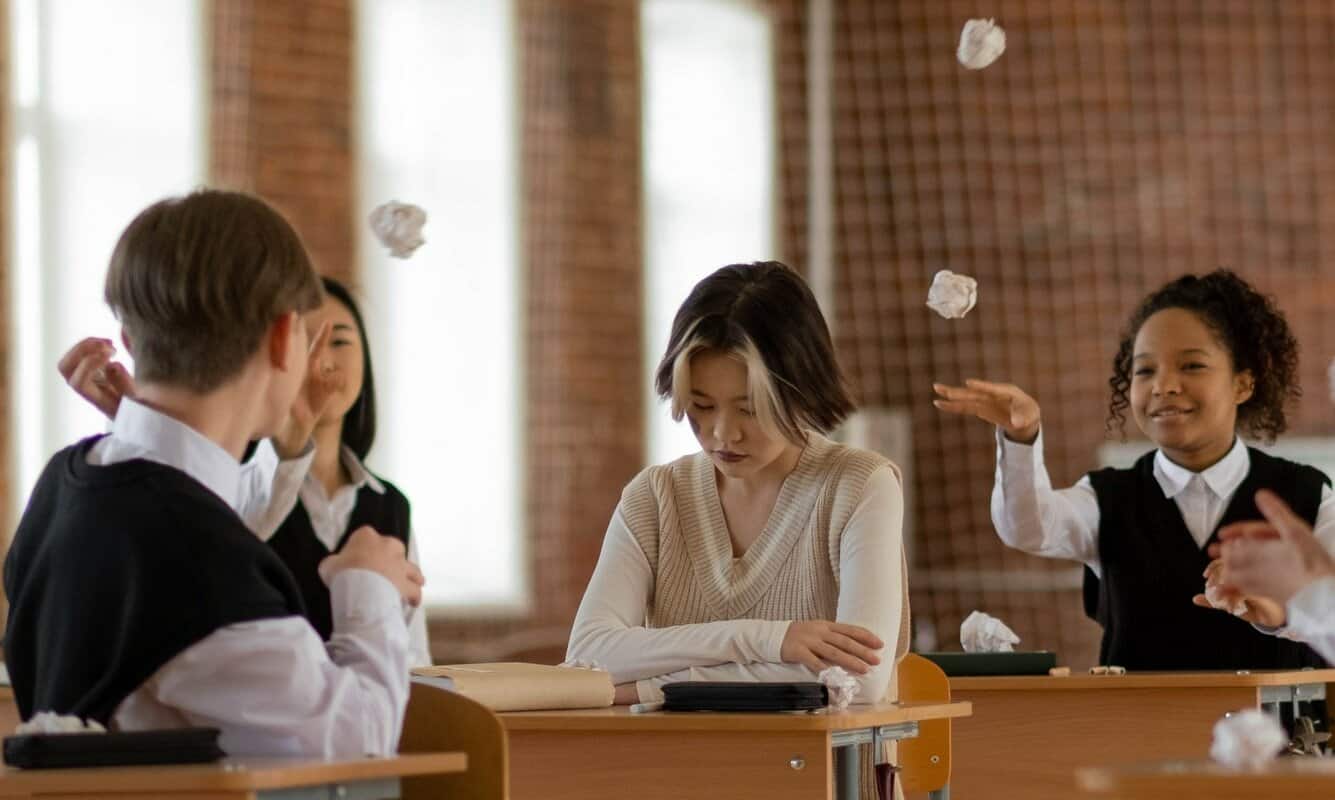 People in communities who go out of their way to do nice things may get a spotlight for a moment, but mean people are remembered.

The odds are that you remember your high school bully more than some guy who smiled at you in a hallway.

While warm, fuzzy memories are pleasant, memories of people being mean can feel overbearing.

People who act downright cruel will be remembered and people will talk about them, even if it’s only to warn others of how cruel they are.

It’s important to remember that many people are mean specifically so they get noticed.

This phenomenon is known as attention-seeking behavior, and it can stem from somebody being insecure, tying into the earlier point. You never know what somebody is going through!

If you watch any TV show, there’s always some sassy, snarky character who is always ready with a sarcastic clap-back.

Whether Chandler Bing or Barney Stinson, these characters can be fan favorites. People will idolize them and attempt to emulate them.

With this being ingrained in American culture, it makes sense that people can be mean!

It may seem like a bit of a cop-out, but sometimes people just don’t like you! No matter what you do, it can seem like you can’t change their mind.

Sometimes, people will grow to like you, but not always. Some people will just not like you and will be mean to you.

Oftentimes you may be in a perfectly healthy state of mind, with your neighbors being confident and healthy- but you live in a bad neighborhood.

In these cases, there’s not much you can do but move away. No matter what you do to improve yourself, you may deal with people being mean to you.

It’s not fun to think about, but if you stand out from the crowd, people will be mean to you. While this often varies by location, you can still live in a nice place and be discriminated against.

It’s not a pleasant thing to acknowledge, but sometimes, people will bully you for being different.

Nobody likes to hear it, but one of the biggest reasons everybody is mean to you could be that you are mean.

Everybody has heard of the golden rule; “Treat others how you would like to be treated.” Many people follow this rule, whether consciously or subconsciously.

If a few people are mean to you, you may just have bad luck. The odds of you meeting multiple people having a bad day is low, but there are a lot of people on Earth, so it can happen.

However, the odds of everybody being mean to you are astronomically low. If you don’t have low self-esteem or a mental illness, people are likely to be mean to you simply because you’re mean to them, whether you realize it or not.

While you may wish people were more considerate of how they treat others, you must make sure that you are treating them kindly as well. Remember the golden rule!

To learn more, you can also read our posts on why people suck, why cheaters get angry when caught, and why good things happen to bad people.

In conclusion, there are many reasons why somebody could be mean, and even more why they could specifically be mean to you. People have good and bad days, and surely you have experienced plenty of bad days yourself!

However, if everybody is mean to you, you may have to do some serious introspection. Whether you need to work on your mental health, move into a better place, or be less mean yourself, you have to make moves to improve your life!

Why Is Everything Made In China? (11 Reasons Why)