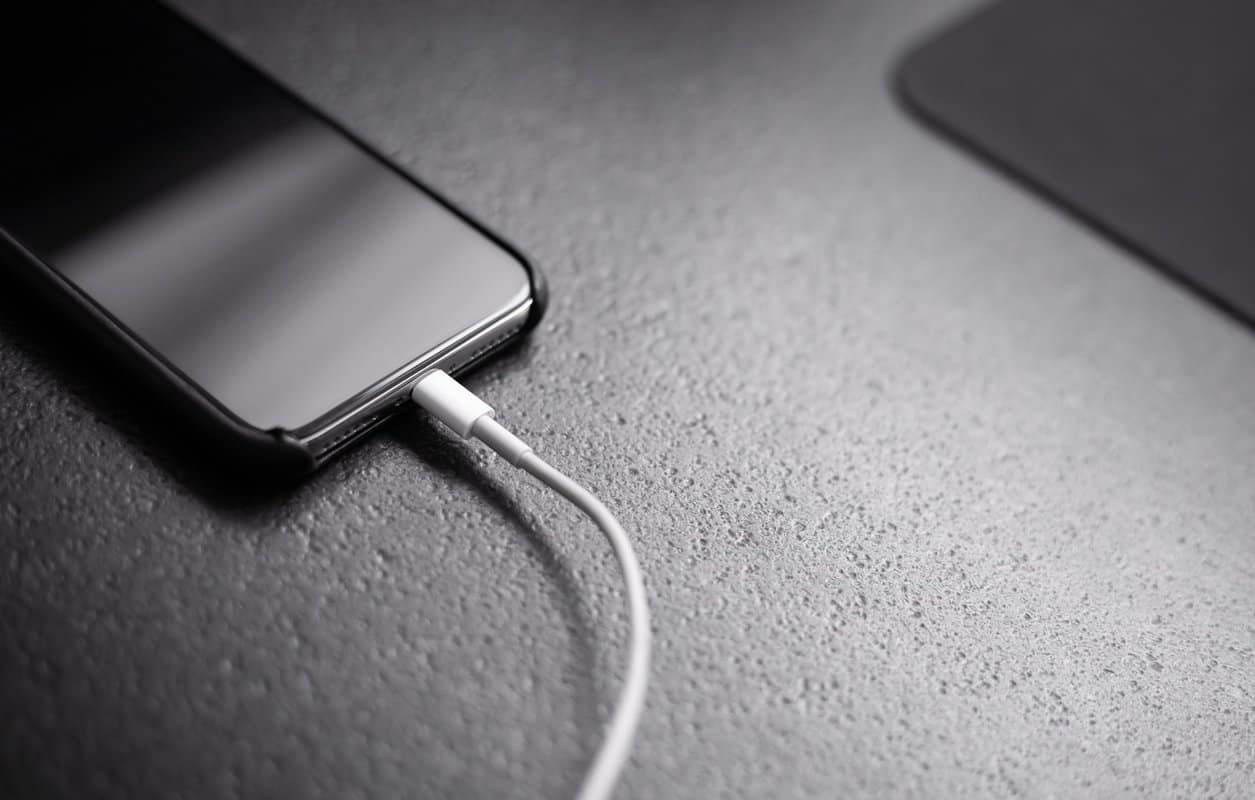 Have you ever plugged your phone into its charger before going to bed, only to awaken to a dead phone the next morning? Even after you attempt to disconnect and reconnect it, your phone still won’t charge.

What gives? Well, there are several reasons why your phone might be dying on the charger. In this article, we’re going to cover the top nine that are most likely to affect you and how to fix them.

Why Is My Phone Dying On The Charger?

1. Apps Are Consuming Too Much Power

One of the most common reasons phones die on chargers is that apps are consuming too much power.

This can be caused by a number of things, such as watching Netflix shows or YouTube videos while your phone is trying to charge or running resource-intensive apps in the background.

An easy way to fix this is to limit your use of your phone while it is on the charger and close out any applications you aren’t currently using or need to save.

2. Updates Are In Progress

Another common reason for a phone to die while on the charger is if there are any updates in progress. This could be a software update for your phone’s operating system or one or multiple apps you own.

While these updates are necessary, they can cause your phone to use more power than usual, leading to a reduction in power percentage or even a dead battery despite being plugged into the charger.

This is why most phones will require your battery to be at a certain percentage (usually over 50%) before attempting these power-heavy updates.

Thankfully, even if your phone’s power does decrease during an update, it will charge normally once the update has been completed.

One of the things people will check first when they realize there is an issue with their phone charging is the charger itself.

It is incredibly common for a broken or damaged charger to be the culprit behind why your phone keeps dying despite being plugged in.

This could be caused by anything from frayed and exposed wiring to overheated internal components or even just general wear and tear from frequent use and age.

Read More:  Why Are G-Sync Monitors So Expensive? (7 Reasons Why)

It’s easy to tell if your charger is the problem- simply plug it into another device or wall outlet (using an adapter, if necessary).

If the other devices also fail to charge properly with the same charger, then it’s probably time for a replacement.

Another charger-related reason why your phone might die on the charger is that your chosen charger simply isn’t powerful enough to sustain your phone’s power needs.

This most frequently occurs when people use cheap and/or off-brand chargers that didn’t come with the phone originally.

While these charges might save you some cash and inconvenience, many aren’t built to properly charge modern phones as well as those created by the phone’s manufacturer.

Over time, you’ll likely notice that your phone is constantly dying on the charger or takes forever to charge up.

The best way to resolve this problem is to buy a new charger that’s specifically designed for your make and model of phone.

Speaking of which, you’ll want to make sure whatever charger you’re using for your phone is the correct type of charger, both in terms of the adapter for the charging port and the plug for your outlet.

Using the wrong charger could not only cause significant damage to your phone and charger, but to any connected electrical source as well. 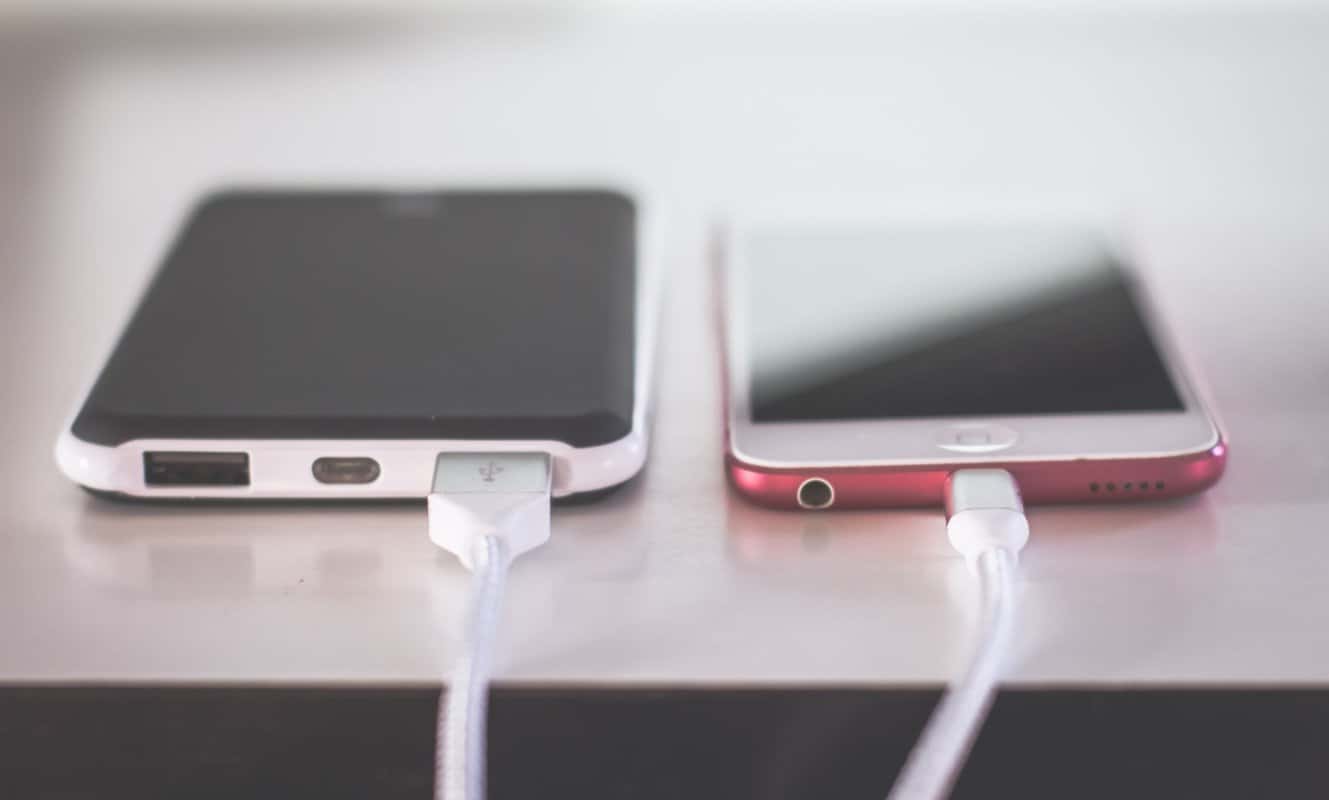 If there’s any reason on this list that phone owners dread the most, it’s probably this one.

A damaged phone battery will undoubtedly inhibit your phone’s ability to charge properly. This damage could be due to any number of reasons, such as:

Sometimes you can visually confirm this damage by opening your phone’s housing to look at the battery within.

However, modern phones are getting more and more complex, requiring specialist tools and professional knowledge to diagnose and resolve issues.

Because of this, your best plan of action, if you think a damaged battery is behind your charging issues, would be to take your phone to a professional or send it back to the manufacturer for assistance.

Read More:  Why Is The Google Pixel so Expensive? (7 Reasons Why)

If they confirm that the battery is to blame, you can decide to either have it repaired, replaced, or purchase a new phone altogether.

A clear and functional charging port is crucial for your phone to connect properly to your charger and allow electricity to flow through the device to the battery.

Because our phones often sit in our purses and pants pockets, the charging port will gradually fill with dust, lint, and other debris.

This blockage could interfere with the electrical connection and prevent your phone from charging.

Another possibility is that a piece of your charging cord might have disconnected and become lodged inside your phone’s charging port. This would both block your port and break your charger.

An easy way to resolve this issue would be to use a can of compressed air to clear away any debris inside your phone’s charging port.

Once you’ve done that, check for any additional obstructions or signs of damage within the charging port itself before testing your phone on a charger.

We’ve all been there; after a long and tiring day, you toss your phone haphazardly onto the charger and then realize later when you check on it that not only did it not charge at all, but it actually died.

A very simple explanation could be that something in your charging setup wasn’t connected properly.

An example would be that the cord head isn’t properly inserted in your phone’s charging port or the charger’s plug isn’t tightly connected to the outlet.

Before you start getting nervous and jumping to conclusions that your phone must be damaged in some way, check all points of connection in your charging system to ensure everything is plugged in properly.

It might even help to disconnect everything and then reconnect them to be absolutely sure that this isn’t the cause.

One of the rarer reasons behind your phone dying while on the charger could be a faulty electrical source.

This would mean that the issue doesn’t lie with your phone or charger at all, but rather, with the outlet they’re connected to.

Hopefully, the reason is something simple, like a blown fuse that just needs to be flipped back on. But it could be due to something more serious, such as or burnt-out or loose wiring.

An easy way to test this would be to plug your phone into a different outlet.

If it works there, then you might want to plug a different device into the presumed faulty outlet to confirm it isn’t operating properly for any electronics, not just your phone charger.

9. Battery Needs to be Recalibrated

The last reason your phone might die while on the charger that we’re going to discuss here is that your phone’s battery might need to recalibrate.

Sometimes, your phone will struggle to read your battery properly, thinking it has more or less power than it actually does.

If you ever see your phone’s battery power drop from 100% to 50% in a matter of seconds, then this is why.

The only way to solve this issue is to allow your phone’s battery to recalibrate, which will require you to discharge your phone from the charger and allow it to die before placing it back on the charger.

This should help recalibrate your battery so that it gives you a more accurate reading.

To learn more, you can also read our posts on why your phone says LTE instead of 4G, why transferring data to new iPhone takes so long, and why iPhone location jumps around.

Hopefully, after troubleshooting some of these common causes, you’ve been able to fix the issue of your phone dying while on the charger.

If you’re still having issues after trying all of these troubleshooting tips, then you might want to take your phone to a professional to get it checked out.

Why Does New York Have Two Football Teams? (9 Reasons Why)