Why Does New York Have Two Football Teams? (9 Reasons Why) 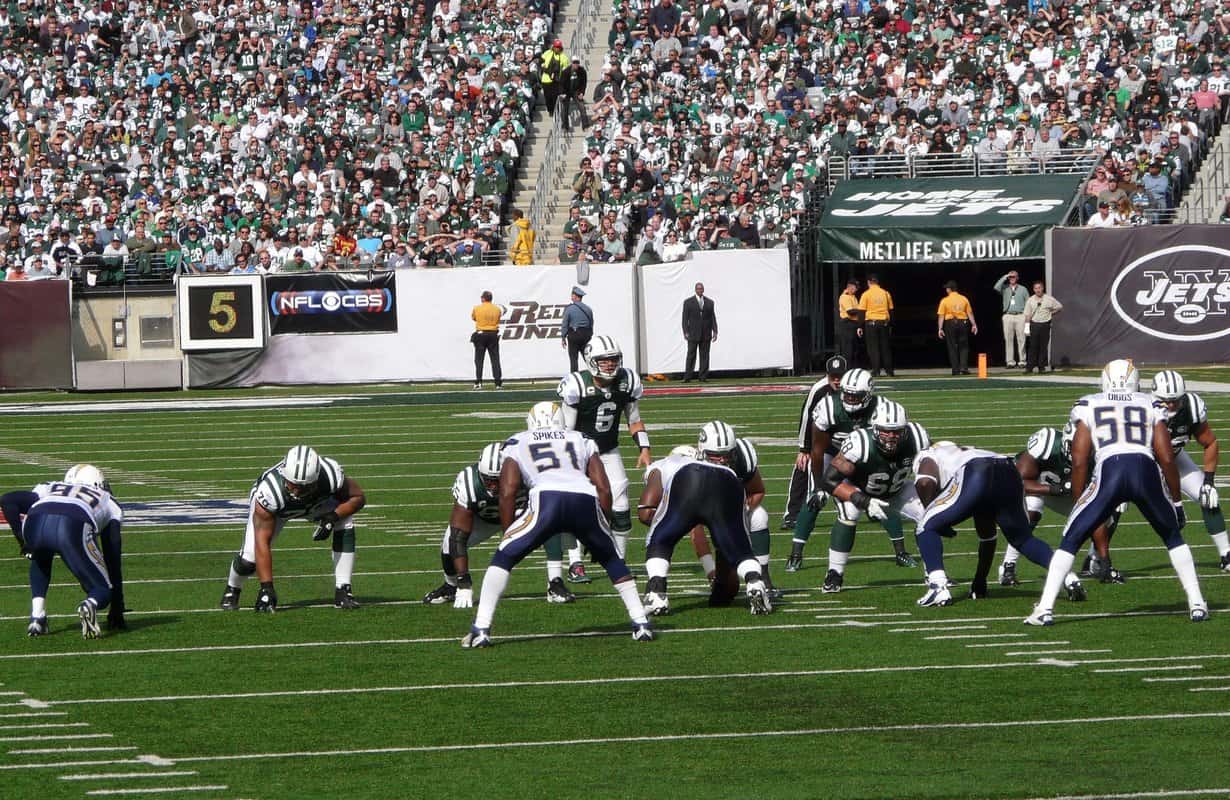 New York is widely considered to be the professional sports team capital of the US, if not the entire world. With iconic teams representing every major sports league, it is easy to see why.

Why Does New York Have Two Football Teams?

1. There Is a Huge Fan Base

According to recent figures, New York City has approximately 8.8 million residents which makes it the most populous municipality in the country.

In fact, there is roughly the same number of people living in New York’s five boroughs as there are in the entire state of Virginia.

Put another way, if New York City was a state, it would rank among the top quarter of all states in terms of population.

What this means is that the New York metro area is a goldmine when it comes to sports fans, whether you are talking about baseball, basketball, hockey, or football. Especially football.

New Yorkers have a (well-earned) reputation for being passionate about their pro sports teams and despite having two NFL teams to choose from, there are fiercely loyal fans in both camps.

In 2010, the New York Giants moved into MetLife Stadium, their new home that was constructed at a staggering cost of $1.6 billion. But perhaps more notably, it was built in East Rutherford, New Jersey.

Despite playing their home games across the Hudson River the New York Giants have strong historical ties to New York.

After all, for years, the Giants called the venerable Shea Stadium in Queens their home and even played a number of their games in Yankee Stadium.

Read More:  Why Is Baseball So Boring? (11 Reasons Why)

Similarly, the New York Jets also once played their home games in New York at the venerable Polo Grounds, where for a handful of seasons, the New York Yankees also played.

But like the Giants, the Jets no longer play their home games in New York. In fact, the two New York NFL franchises are co-tenants of MetLife Stadium in New Jersey.

With no less than 10 professional sports teams, New York is a true pro sports haven. Football aside, the professional teams that proudly call New York home include:

By their inclusion among such elite companies in the world of professional sports, it is no wonder that two NFL teams proudly call New York their home. 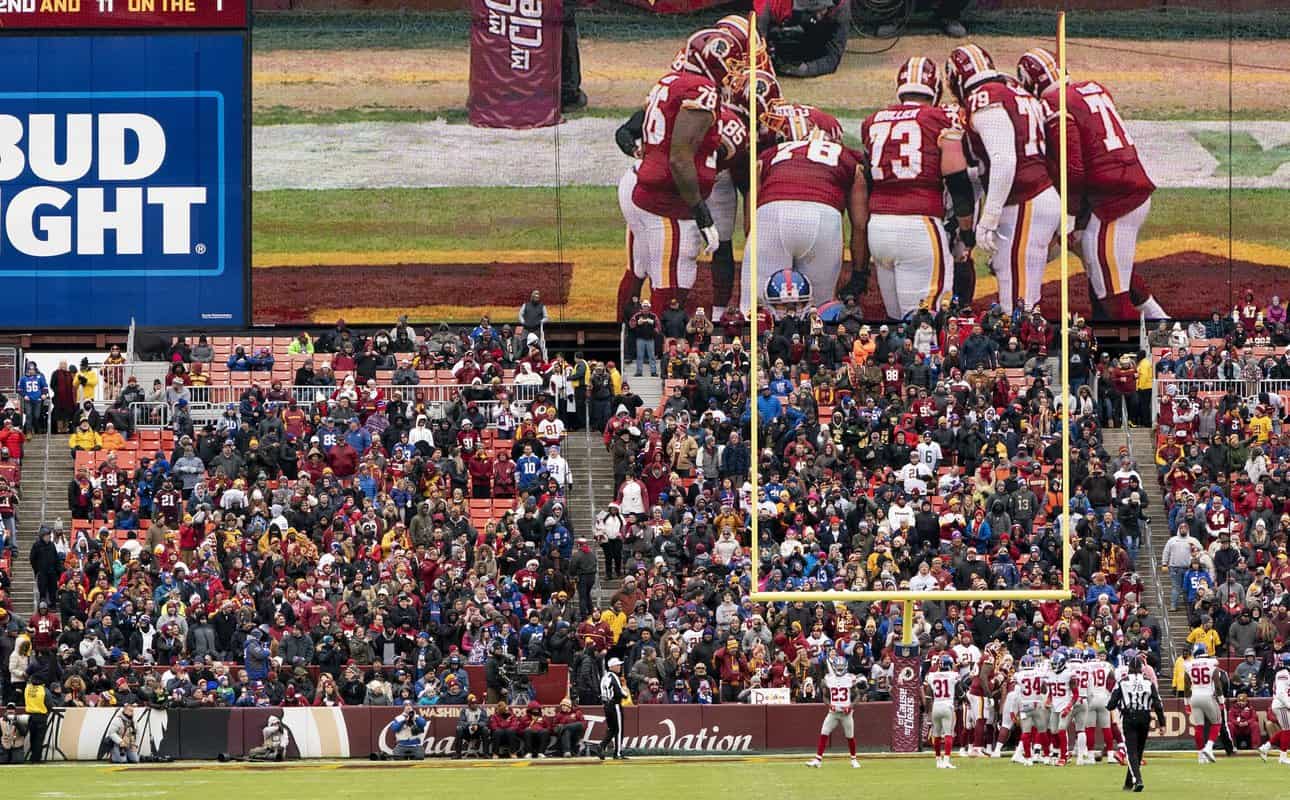 There are no less than six major professional sports teams whose home stadiums or arenas are situated in the state of New Jersey.

Sadly, only one of them, the New Jersey Devils hockey team, officially acknowledges their New Jersey ties.

For the other five professional sports teams, the Giants and Jets included among them, the New York metro area is used in their official names, even though their home games are played in New Jersey.

Another major reason why New York has two football teams is that as the nation’s largest television market, it can easily support two NFL franchises (as well as a host of other pro sports teams).

According to the media industry, the four most popular professional sports to watch on television or via streaming services are football (NFL), baseball (MLB), basketball (NBA), and hockey (NHL).

Read More:  Why Is Tropicana Field So Bad? (9 Reasons Why)

Based on Nielsen statistics, New York is the top-ranked sports broadcast market in the nation by a rather large margin:

With a broadcast reach of nearly 7 ½ million homes, the New York pro sports television market is vast, to say the least, and certainly more than capable of sustaining two local NFL franchises.

7. Madison Avenue and the NFL

Madison Avenue in Manhattan has become synonymous with big-time advertising agencies and influential public relations firms. So what better place to have two iconic NFL brands.

Between them, New York’s two NFL teams have won a combined five Super Bowls with the Giants accounting for four Lombardi Trophies and the Jets have won one.

Through the years, a number of legendary players have suited up for the Giants and Jets and many remain popular figures in New York.

Many legendary players have suited up for the Giants and the Jets but perhaps none has captured the adoration of not just New Yorkers, but the entire nation, more than quarterback Joe Namath.

Even before starring for the New York Jets, Joe Namath made headlines by spurning the St. Louis Cardinals of the more-established NFL, to sign with the Jets of the fledgling AFL.

From there, his legend only grew:

Read More:  Why Is Dead Weight Heavier? (5 Reasons Why)

With larger-than-life figures like Broadway Joe Namath playing under the bright lights and enthralling fans with spectacular play and bold charisma, New York’s football teams are not going anywhere.

9. There is Actually a 3rd Team in NY

If the Giants and Jets are considered New York football teams, then there is a third NFL team that should be added to that list, and unlike the other two, this franchise actually plays its home games in New York.

Playing across from the Canadian border and upstream from Niagara Falls, the Buffalo Bills started out as a founding member of the now-defunct AFL (American Football League).

Historically, the Buffalo Bills franchise has enjoyed periods of great success, including a stretch of reaching four consecutive Super Bowls (and losing all of them) from 1990 to 1993.

To learn more, you can also read our posts on why New York has two baseball teams, why LA has two NBA teams, and why people idolize athletes.

From a pro sports perspective, New York is fertile ground upon which to build a loyal fanbase and it has proven large enough to support nearly a dozen professional sports teams.

For the Giants and Jets NFL franchises, their ties to New York run far and deep, and they are forever linked to the Big Apple even though they are now based across the Hudson River.

Why Do People Get Married In Las Vegas? (9 Reasons Why)