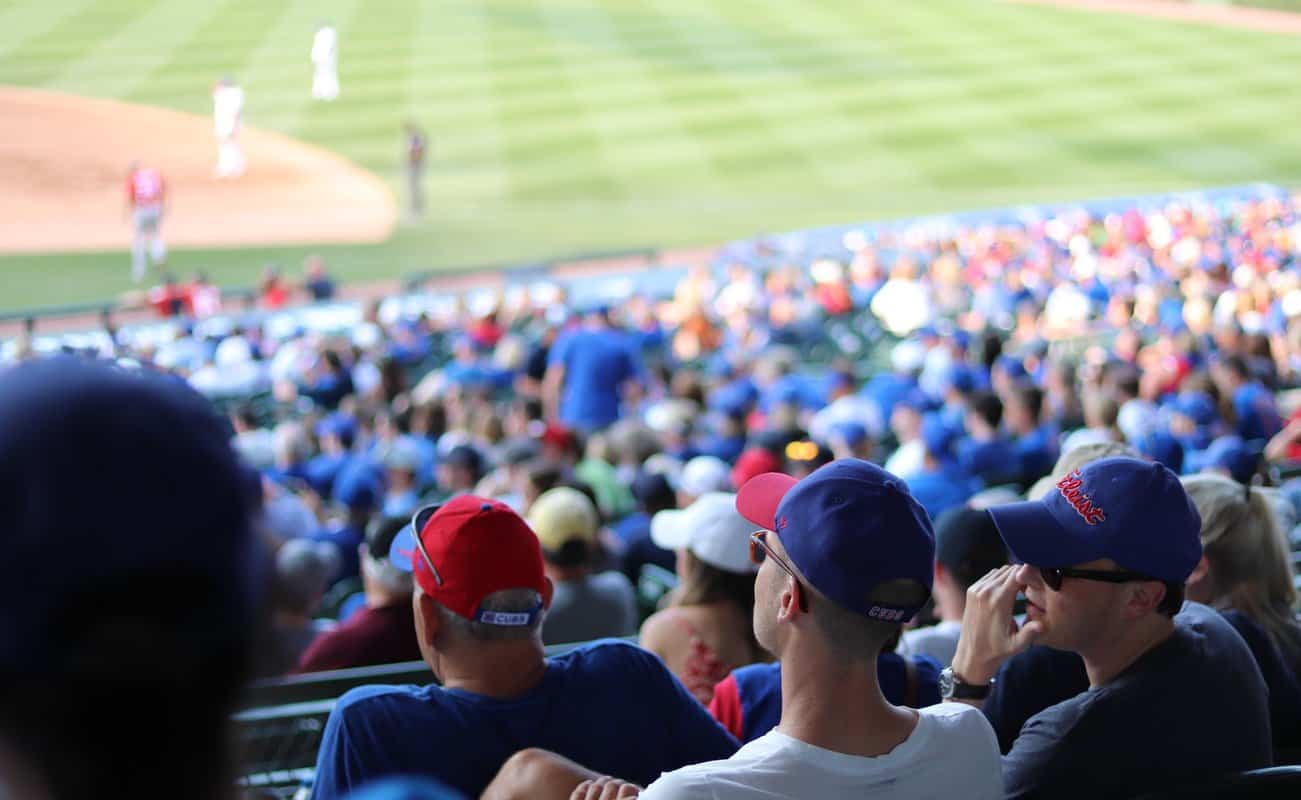 Sports are a mainstay in our culture. Millions of people turn on their televisions and head to sports arenas to watch teams put their hearts and souls into a competitive activity.

Why do people watch sports? What is it about this activity that attracts millions of people a year? Is there a reason it’s a popular thing, or is it a habit people adopt?

Why Do People Watch Sports?

1. Need For An Escape

People watch sports because they want to escape the world. Rooting for a team allows people to focus on something other than what they are going through.

There is something simple and wonderful about a game with its rules and boundaries. It’s as if the sports world is a universe of its own. It offers a definite answer to spectators.

No matter how easy or difficult your life, everyone needs an escape every once in a while. Sports are an excellent way to run from ordinary troubles and watch superhumans.

2. They Played The Sport

If someone played a sport, whether in college or on a club team, they would likely stick with it for the rest of their lives. They watch sports to root for their favorite players in their old sport.

There is a level of pride that comes with knowledge of a sport. Those who played it might enjoy telling others the rules or getting them to root for an excellent player or athlete.

Watching sports is a way for a former athlete to cope with losing their pastime. They might not be able to play it, but they can observe someone else enjoy what they love in their past life.

3. They Feel In The Game

Some people get as invested in a sports game as they do in movies and TV shows. They watch them feel like they scored the winning touchdown or made the critical pass to make the goal.

It’s easy to get lost in the game if you love it. Spectators lean forward in their seats, ready to run with the player as he carries the ball into the end zone for a touchdown.

The ability to feel like you’re somewhere where you aren’t is a magical experience. People watch sports to capture a feeling they can’t get anywhere else in their lives.

People who attended college watch games with their team. Popular sports include football, baseball, soccer, and swimming. They have pride in their old institution.

Individuals that attended big sports schools, such as those in PAC-12, are most likely to continue voting for their college team. They know it’s the best of the best.

College is a time to be proud of where you learn. Sports allow people to continue that pride in a way that is fun for everyone. College sports turn into traditions families carry forever.

Betting is a waste of money, but people like to do it. One of the most popular forms of betting is sports betting. You can put money down on any part of the game.

People can bet on who they think will win their game, how many points they will lead by, and much more. People enjoy betting on sports.

Sports betting can, unfortunately, lead to addictions that cause people to lose money. However, many have fun playing this guessing game.

6. Allows A Feeling Of Accomplishment 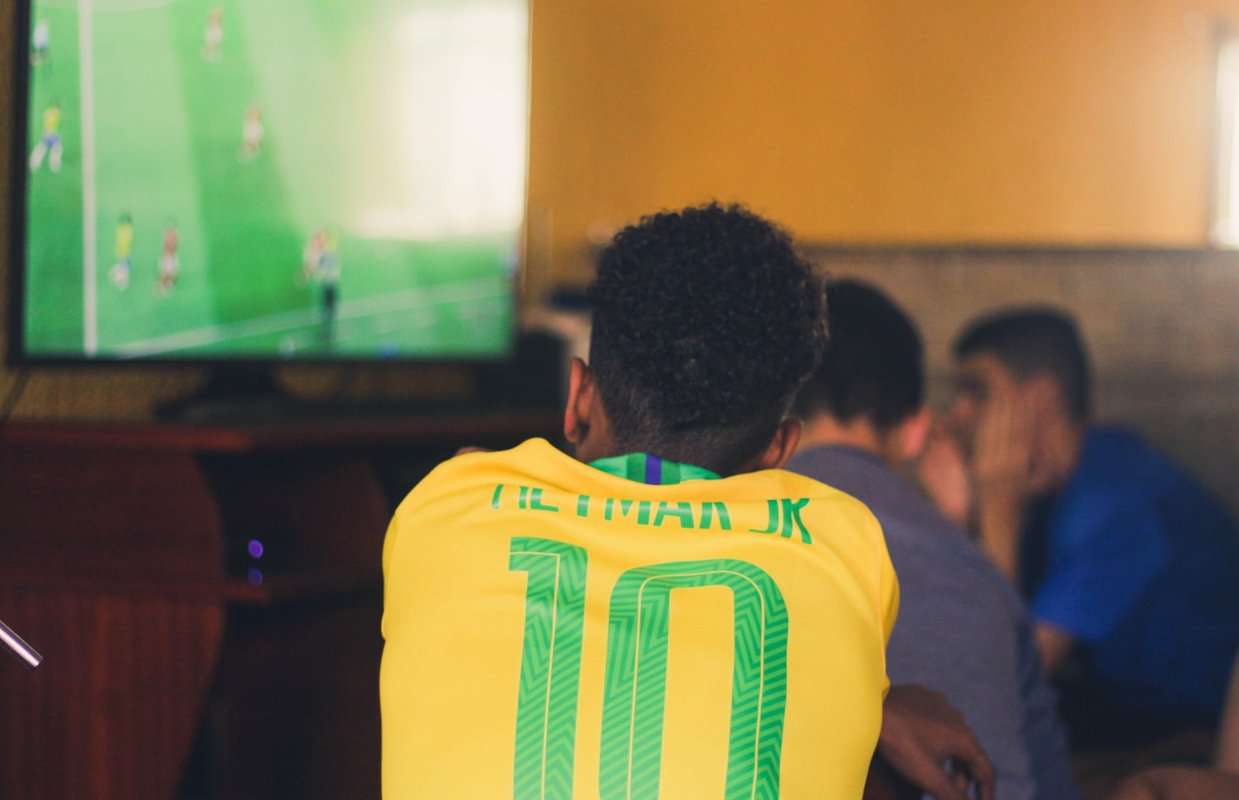 When people watch sports, they don’t play the game themselves. However, there is a feeling of accomplishment when your team wins a game. It feels good.

Victory comes when you bet on the right team. It comes again when your player steps up, and the umpire makes the right call.

People watch sports because it makes them feel good. Anyone can be a winner.

The most common reason people watch sports is to entertain themselves. They love to root for a team and see the action play out. Many enjoy the violence and other spectacles.

Hockey games are infamous for the fights that break out on the ice. Baseball games have fun games that take place between innings. Football has fantastic food and violence in one arena.

If you want to see a spectacle and watch top-tier athletes perform, a sports event is the right place. They are entertaining in ways that people pay good money for in life.

Sports reduce stress. It releases critical chemicals in the brain and allows you to focus on something other than what you are stressing out about in life. It’s an excellent reliever.

There are plenty of unhealthy ways to relieve stress. Some people drink alcohol the moment they get home. Others resort to punching bags and crying in the bathtub at the day’s end.

Sports can remove stress and it’s much healthier than any of the methods listed above. Yelling at a television causes less harm to the body than excessive drinking.

It’s inspirational to see a sports team push its way to victory. People love to watch sports because it motivates them to see the ultimate triumph in the form of sports.

We all know that story. The players are in the last few minutes of the game and the underdog hits a home run that brings in a miraculous three runs for the team. They emerge, victorious.

Read More:  Why Are Abs So Attractive? (8 Reasons Why)

There’s nothing more inspirational than seeing a team hit absolute rock bottom and claw their way back to the top at the last minute. It’s enough to make anyone kick into action.

Sports can be motivational for different reasons. Some people admire the fans, while others want the physique of an athlete. These games cause people to reevaluate in the best way.

Families have traditions, and sports are a big part of that. Some families will stick to their team thanks to their parents and grandparents, no matter how good or bad they are.

To learn more, you can also read our posts on why baseball is so boring, why LA has two NBA teams, and why soccer players wear bras.

Sports have always been around in the United States of America, and people love watching. This activity provides entertainment, reduces stress, and wards off mental health struggles.

Whether you love or hate them, sports are a critical part of the American tradition. They help people in many ways and are a fun form of entertainment.