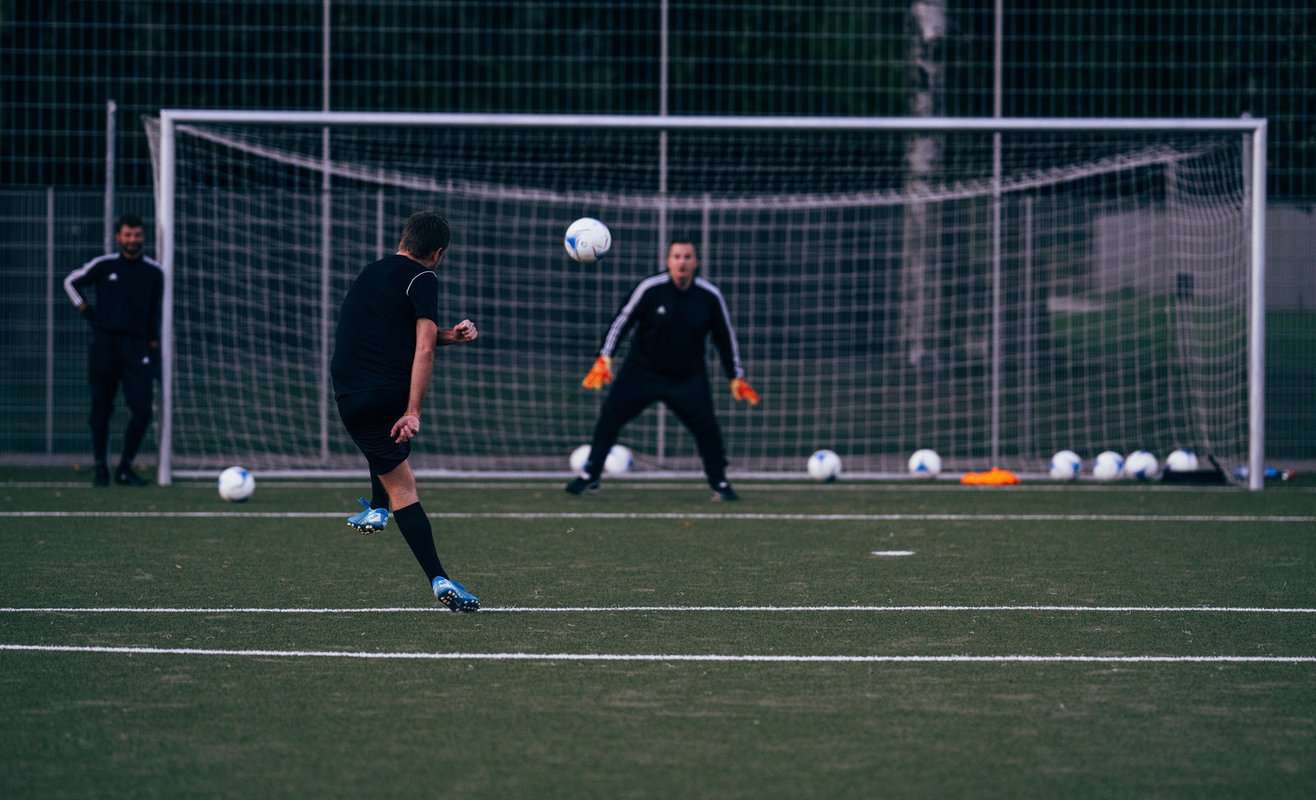 Recent soccer practice photos revealed something many fans never expected to see. Their favorite players wearing what appeared to be sports bras.

Why Do Soccer Players Wear Bras?

First, we need to make clear, it’s not a bra. The training vests house GPS trackers that collect health and performance data from players in real-time.

This cutting-edge technology is important for a number of reasons that we will discuss later, but for now, it’s important to understand that soccer players are not wearing bras.

Soccer players need a lot of training if they want to be successful. Training helps soccer players develop their muscles, stamina, and reflexes.

The neoprene vests are worn outside of the shirt, whereas a true sports bra is worn under the shirt. They accurate collect data from players’ chest and back.

Soccer players wear training vests with embedded microchips to measure their heart rate so that they can monitor their health.

Heart rate is an important gauge of how much energy someone is exerting. This helps trainers develop better training programs.

Measuring heart rate can also detect health issues or injuries. If a player suffers a heart-related ailment, it can be detected.

Coaches can use heart rate data to determine playtime. When they see a player is becoming exhausted, they can sub in a fresh player.

Soccer players wear a training vest with a GPS tracker to measure their speed during practice and games. Coaches can then make play decisions.

Read More:  Why Is Crossfit So Expensive? (11 Reasons Why)

Coaches can measure a player’s potential with the device. They can see when a player is holding back their speed or when they’re tiring.

Players wear vests that look like bras to track the speed that they’re running at and also see how far they can maintain speed.

Soccer players wear a vest that looks like a bra to track their movements and distance on the field. The vest contains a tracking device that shows wear the player is moving.

This can be used by coaches to see plays being ran, and to see where players are moving when they’re running plays.

It can also tell coaches when a player has covered to much distance and needs to rest. These are helpful devices. 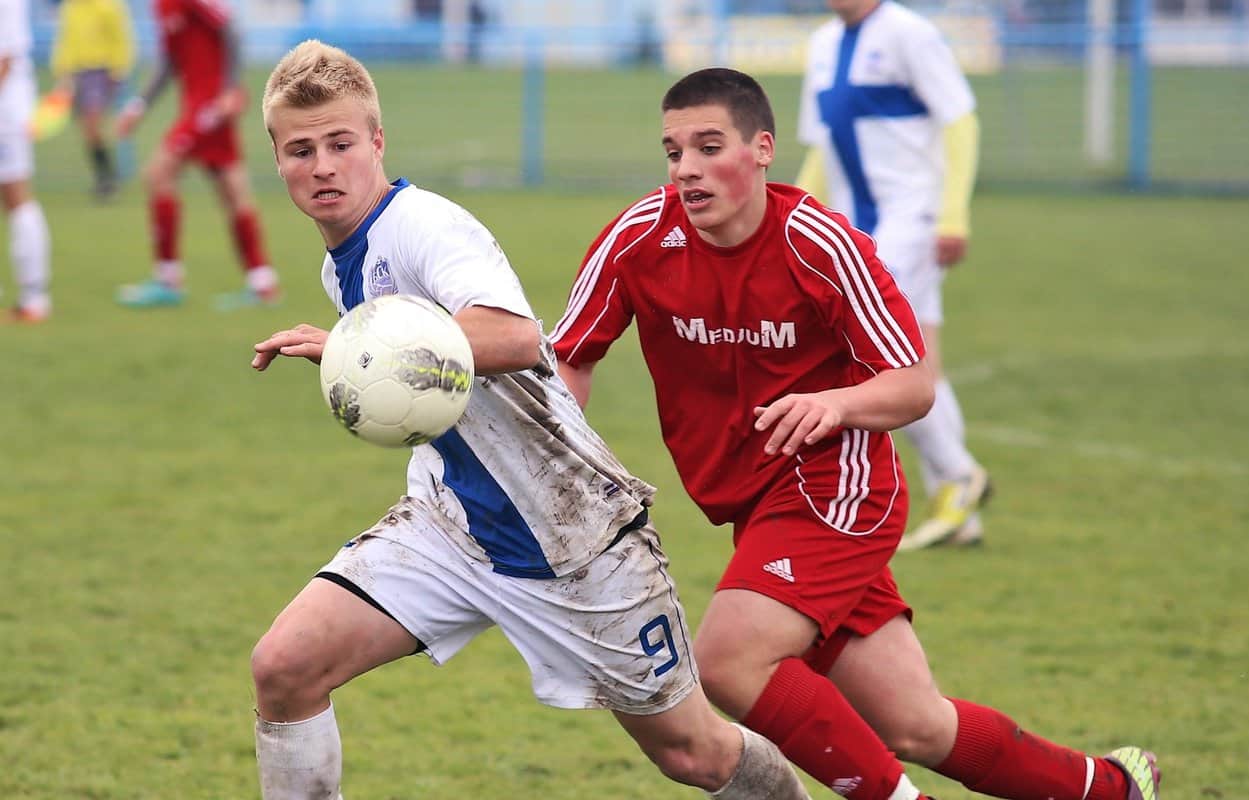 By collecting individual data, coaches can decide how long to allow a player to stay in and who to put in for specific plays.

It also helps players understand their own training needs. For example, players may see that they need to work on endurance or slow down and pace themselves.

The physical demands of the game can be tough on the body. Players need to develop strong muscles and stamina in order to keep up with the fast pace of the game.

The so-called bras actually help develop more individualized training regiments for soccer players. That is why they wear them.

GPS tracking helps coaches and staff analyze player patterns, and decide if changes need to be made. If a player has a bad habit, the coach can see that.

Read More:  Why Is LA Fitness So Expensive? (7 Reasons Why)

Coaches can look at their players health patterns, and the patterns of data collected. They are able to base decisions on those patterns.

The vests help coaches track the patterns of players and helps them to make better decisions for the team.

One of the main benefits of training with the tracking is that it helps players learn how to work together as a team. This is essential for success in soccer.

The vests that players wear helps to measure their energy output. This can tell coaches when a player is tiring and needs a break.

It might also be used to adjust a players diet because they need more calories for the amount of energy they’re exerting.

To make the most of their training sessions, soccer players should try to mimic the physical demands of the game as closely as possible.

This means playing short bursts of intense activity followed by periods of rest and recovery. The devices in the training vests help players understand this process.

The devices in the vests can measure a players progress when healing from injury. If a player is returning from injury, these devices help keep them from overdoing it.

Some players are ready to get back on the field after injury and some are not. It’s hard to tell who’s ready just by looking on the outside.

Read More:  Why Does New York Have Two Baseball Teams? (7 Reasons Why)

It doesn’t get in the way of anything either. If women can wear a sports bra to play without distraction, so can men. The chest was the best location.

To gather the type of data needed, soccer players must wear the GPS devices  on their chests. That’s why it looks like a bra.

Straps hold it up and prevent it from sliding down to the waist, and giving inaccurate readings. A combination of around the chest and over the shoulders are what make the tracker stay in place.

To learn more, you can also read our posts on why Arsenal is so hated, why rich people play golf, and why Tropicana Field is so bad.

This article talks about 9 reasons soccer players wear bras. So now you will not look at the soccer practice photos the same. You will know that players are not wearing bras.

They are wearing a vest with a GPS tracking device. Soccer teams are going to be getting better and you are going to know why.