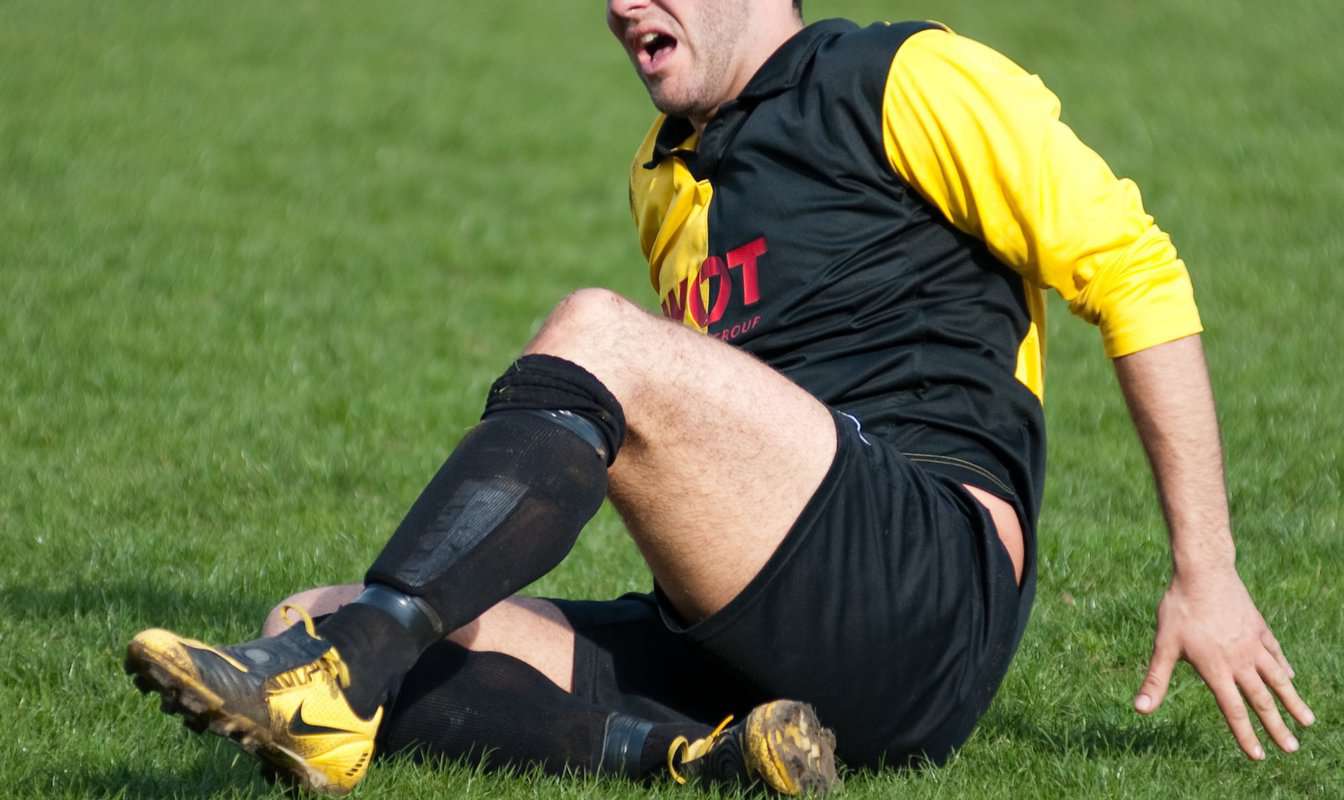 If you’ve seen a soccer match recently, you’ve probably noticed that after some tackles, some players will lie on the ground pretending to be injured, only to be walking back on the pitch within a minute.

This may drive you to wonder “why do soccer players fake injuries?”. In today’s guide, we’ll walk you through all the reasons behind this not so sportsmanlike behavior. Let’s dive right in!

Why Do Soccer Players Fake Injuries?

1. To Get an Opponent Booked

Let’s start with the most obvious reasons why players often tend to fall and fake injuries. Simply put, when a player fakes an injury after a dive, there’s a high chance that the tackling defender will get booked for the foul.

Attackers are trying to get as close to the box as possible in order to take a shot at the goalkeeper of the opponent, and that’s where defenders try to tackle them to stop their attack.

Even if the tackle is rough, the referee may waive it off as a foul without issuing a yellow card to the defender who made the tackle.

If the defender already has a yellow card, they will get sent off the pitch if they receive another card, leaving the team with fewer players to face the attacks, and increasing the attacker’s chance to win.

Since this is considered low-key cheating, a referee can actually issue a yellow card to the attacking player if they dived and faked an injury.

2. To Pressure the Opposition

Different teams play in unique styles, and some teams rely on rough physical contact more than others.

One of the popular tactics to pressure the referee into booking the opposition and prevent them from going physical is by faking an injury.

Since the referee is responsible for keeping the players safe, when players show signs of injuries, the referee will give verbal warnings to the opposition to stop excessive contact to avoid getting booked.

3. To Get a Free Kick/Penalty

This one is another fairly common reason why many players will fake injuries. In fact, this is why most players who dive and fake injuries are actually attacking players.

Just because a player approached the final third, doesn’t mean they have a good chance to score, especially if they’re not good finishers like strikers.

When that happens, the attacking players will often fall to the ground and act injured as soon as they’re tackled so that they’re awarded a free kick.

This tactic is quite common among teams that have players who are good at scoring from set pieces, such as penalties and free kicks.

4. To Avoid Playing Through Injury

This reason is also very common among players but not many people are aware of it. Soccer involves a lot of contact and hard tackles that can actually end a player’s career if they’re not careful enough.

In fact, many players may not even know that they’re injured in the heat of the moment and will only feel the pain as their bodies start to recover after matches. Playing on an injury can extend the recovery time and even worsen the injury significantly.

Read More:  Why Are Weight Plates So Expensive? (7 Reasons Why)

For that reason, if a player suspects that the tackle was too hard on them, they’ll fake an injury so that the medical team rushes in to make sure that they can keep on playing, even if they didn’t feel any pain. 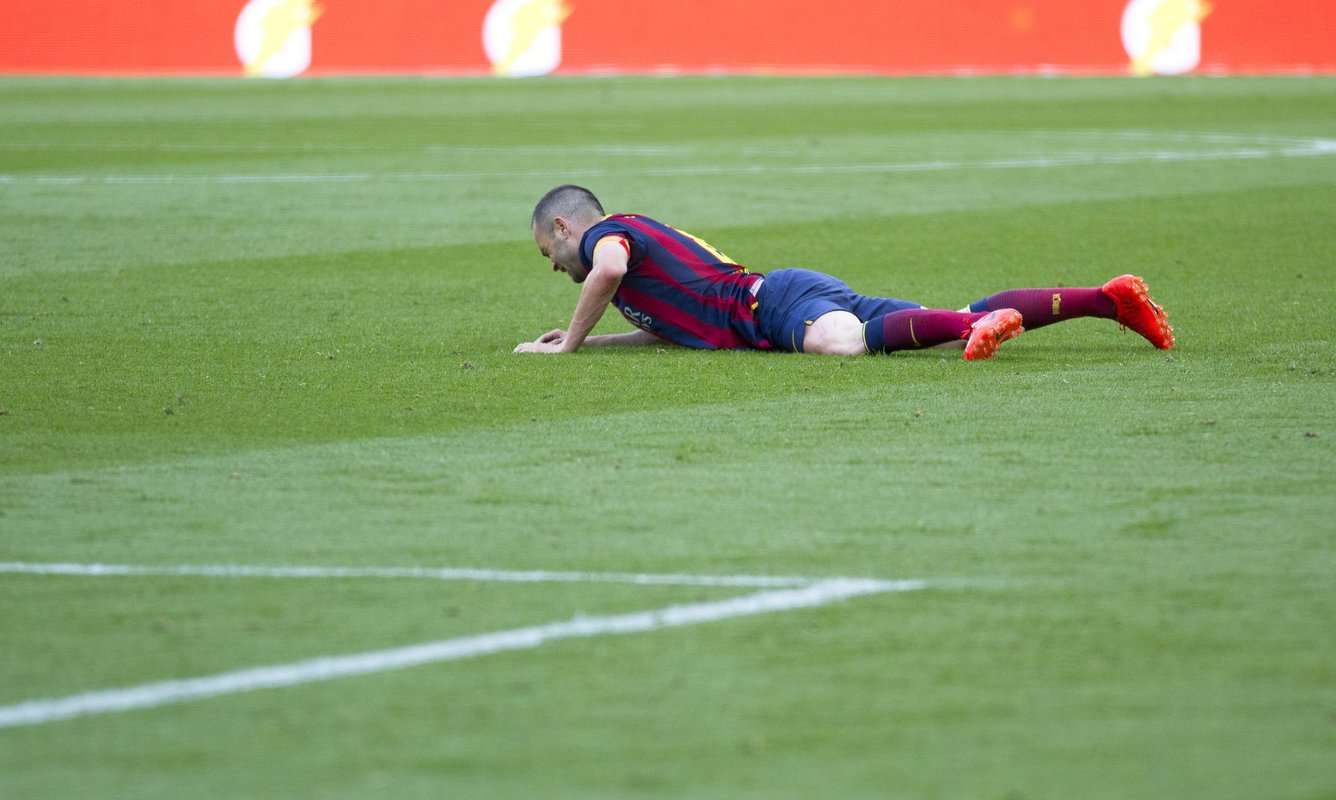 This one usually happens towards the end of big matches, especially when one team is winning by a thin margin and the losing opponents are picking up the pace significantly.

As previously mentioned, when players are injured, the referee will allow medical teams into the pitch to do what’s necessary, especially if the injured player is a goalkeeper.

However, some players will use this rule and exaggerate or fake their injuries in order to waste some crucial minutes that can help them win the game.

In fact, a player doesn’t have to be tackled in order to fake injury in this situation. Not the most ethical way, but you get the idea.

6. To Avoid Getting Booked

After some tackles or aerial duels, both players may fall to the ground. In addition to getting the other player booked, a player may fake injury to avoid getting booked themselves.

7. To Slow the Pace of the Match

If one team is putting a lot of pressure on the other one, a player of the defending team may fake an injury upon tackling in order to kill the pace of the attackers.

In fact, a player doesn’t have to be tackled to fake an injury, as he or she can simply fall to the ground due to a pulled muscle or severe exhaustion.

According to the FIFA rules, when a player is injured while the ball is near the middle of the pitch, the referee can stop the match for a moment until the player recovers.

8. To Give Their Teammates a Breather

In addition to slowing the pace of the opponents, during that time, a player will give his or her teammates a chance to breathe and regain their energy, especially if they’re under heavy attacks for a long time.

9. To Stop a Counterattack

One of the most popular tactics in football is the “All Out Attack”, in which players are instructed to adopt a more attacking approach to score a goal.

In that situation, the defenders’ line is pushed forward, leaving a lot of space for a quick counterattack.

If the defending team made a successful tackle to win back possession, the tackled player may dive and fake an injury in order to stop a counterattack.

With that said, you now have a better understanding of all the reasons why soccer players fall on the ground and roll when they’re hard tackled.

As you can see, soccer isn’t only a physical sport but the mental aspect also plays a role in the outcome of the game. For that reason, diving and faking injuries are commonly used as game winning tactics.