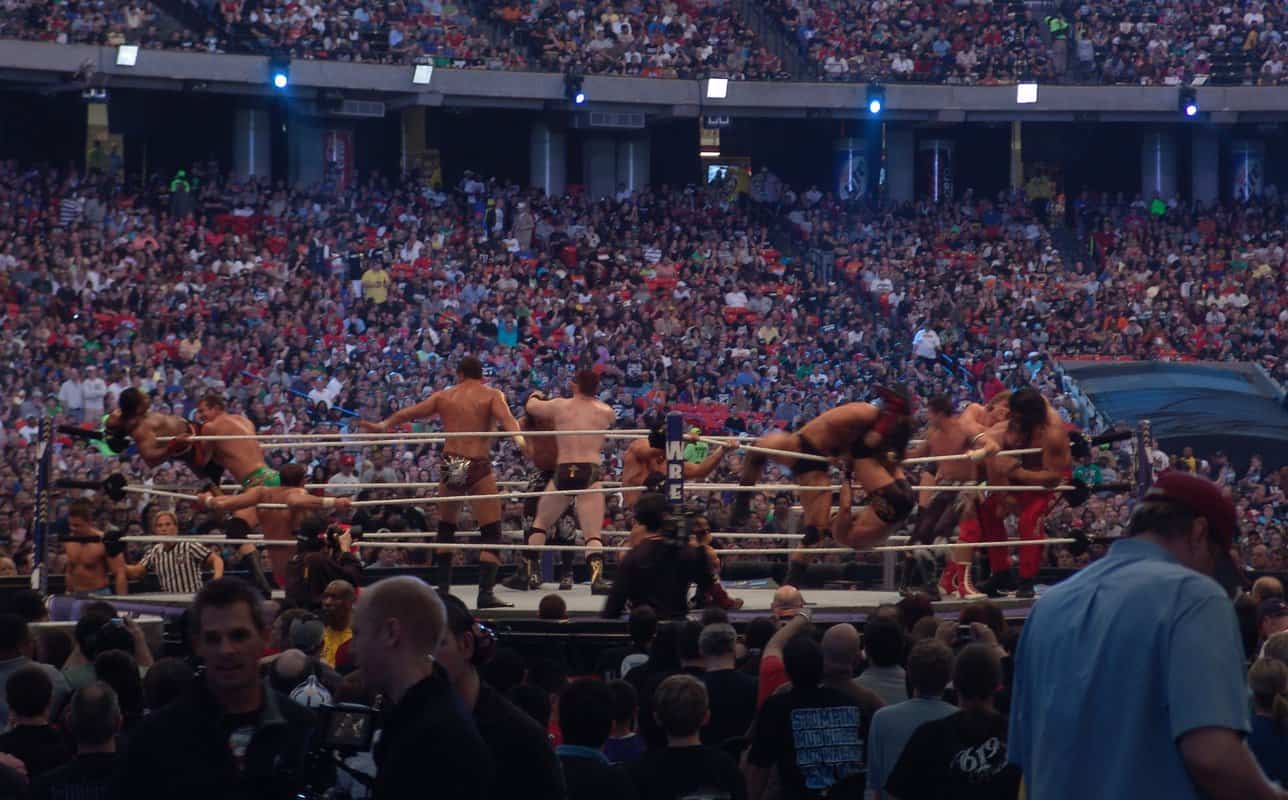 World Wrestling Entertainment (WWE) has been huge since seemingly forever. This makes you wonder, why is WWE very popular?

From the company’s iconic superstars to its engaging storylines and high-octane matches, there are quite a few reasons why the WWE is popular. We highlight these reasons in this post.

Why Is WWE So Popular?

1. Has A Long History

WWE has been around for over 60 years! During that period of time, WWE has been successful in establishing a loyal fan base and a very strong brand.

WWE’s history is also part of what makes it so unique and interesting. It has a rich heritage as it has been at the forefront of sports entertainment for many years.

2. Mix Of Drama, Action, And Comedy

WWE programming is designed to be entertaining and gripping, offering a product and a viewing experience that just about everyone can enjoy.

This company offers a unique mix of entertainment that’s not found elsewhere. Its programming is also very well-produced, with top-quality production values.

The company’s superstars are some of the most famous athletes out there. Their larger-than-life personalities help to make WWE so popular.

WWE superstars like John Cena, The Rock, Hulk Hogan, Steve Austin, and The Undertaker are instantly recognizable worldwide and have become household names.

They’re even viewed as role models by some fans!

4. Stories Are Engaging And Often Unpredictable

WWE’s storytelling is one of the many things that makes it so popular and keeps fans coming back for more.

The company’s storylines are often complex and full of twists and turns, keeping fans engaged weekly. They also feature comedic bits that a lot of fans find enjoyable.

Its stories are some of the most talked-about and anticipated aspects of WWE programming.

5. Matches Are High-Octane And Exciting

WWE matches are always action-packed and full of excitement, with some of the world’s best athletes competing.

The matches are seen as the highlight of WWE programming and are one of the main reasons why WWE is so popular. 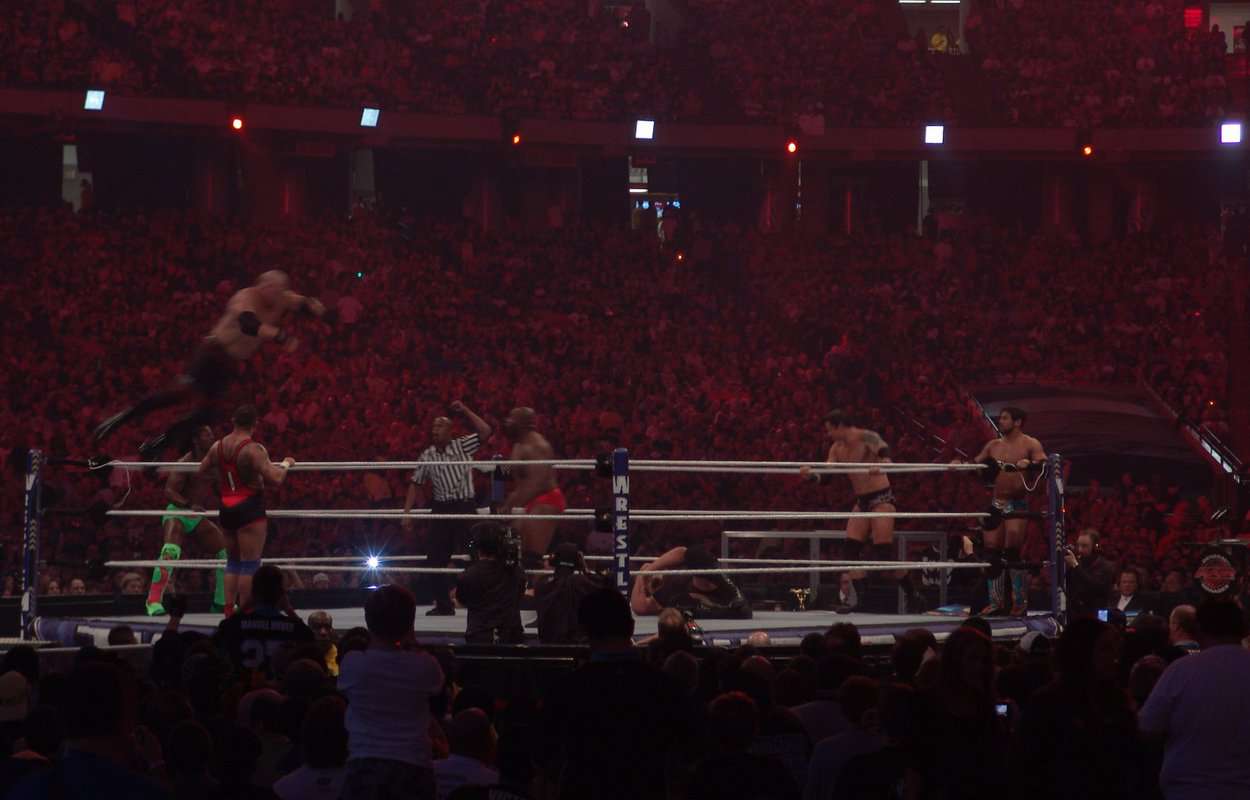 WWE pay-per-views are some of the most highly-anticipated events on the company’s calendar. They’re extremely well-produced, with top-quality products and entertainment values.

WWE fans always look forward to the company’s pay-per-views, as they’re seen as the highlight of the WWE year.

Examples include RoyalRumble, SummerSlam, and, of course, WrestleMania.

WWE has a wide range of programming that appeals to different audiences. Its main shows, such as Raw and SmackDown, are aimed at a general audience.

It also has programming for specific demographics, such as WWE NXT, aimed at a younger audience.

WWE’s wide range of programming is among the biggest reasons behind its popularity, giving each group of fans a product they can enjoy.

8. Has A Strong Social Media Presence

WWE has a solid social media presence, with over 34 million followers on Twitter and over 29 million fans on Facebook.

Its social media presence is so strong that it even has its own Twitter hashtag, #WWE. The YouTube channel is also very popular, with over 2.7 million subscribers.

Its social media accounts are managed by a team of people who are always coming up with new and creative ways to engage with WWE’s colossal fan base.

Thanks to WWE’s social media team, WWE is always one step ahead when it comes to interacting with its fans.

9. Merchandise Is Popular And Readily Available

It’s no secret that WWE merchandise is found everywhere! Just look around any shopping mall, and you’ll definitely see at least one person sporting a WWE shirt or hat.

It’s available at a variety of retailers, both online and offline. Plus, there’s an expansive range of merchandise to choose from, so you can find the perfect item for any WWE fan.

Whether you’re looking for a t-shirt, action figure, or piece of jewelry, you’re sure to find it with ease.

Next time you’re looking for the perfect gift for a wrestling fan, don’t forget to check out the wide selection of WWE merchandise.

Did you know there are TV deals available around the world for WWE? This makes it one of the world’s most watched sports entertainment properties.

This company has a strong presence in the United Kingdom, with BT Sport holding exclusive rights to WWE’s UK tour events and weekly programming airing on Sky Sports.

It also has partnerships with SuperSport in Africa, GMA Network in the Philippines, and TV Asahi in Japan.

WWE continues to expand its reach by signing new TV deals and partnering with leading networks in key global markets.

The WWE Universe is a global phenomenon, and the WWE brand is recognized in countries all over the world.

Its events are often held in iconic venues, such as Madison Square Garden in New York City, Staples Center in Los Angeles, Wembley Stadium in London, and the Tokyo Dome in Japan.

WWE superstars and divas have graced the stages of these legendary venues, entertaining millions of fans worldwide.

This company’s events are also held in smaller, more intimate venues, such as the Bryce Jordan Center in State College, Pennsylvania, and the PNC Arena in Raleigh, North Carolina.

No matter what the size or location of the venue, WWESuperstars always bring the same high-energy, thrilling entertainment to the WWE Universe.

Why is WWE very popular? Well, the reasons are too many, from the company’s impressive roster of superstars and divas to its action-packed matches.

The WWE’s wide range of programming, rich history, and commitment to innovation are also major factors when it comes to the company’s popularity.

Why Is Wyoming The Least Populated State? (7 Reasons Why)