Why Is Wyoming The Least Populated State? (7 Reasons Why) 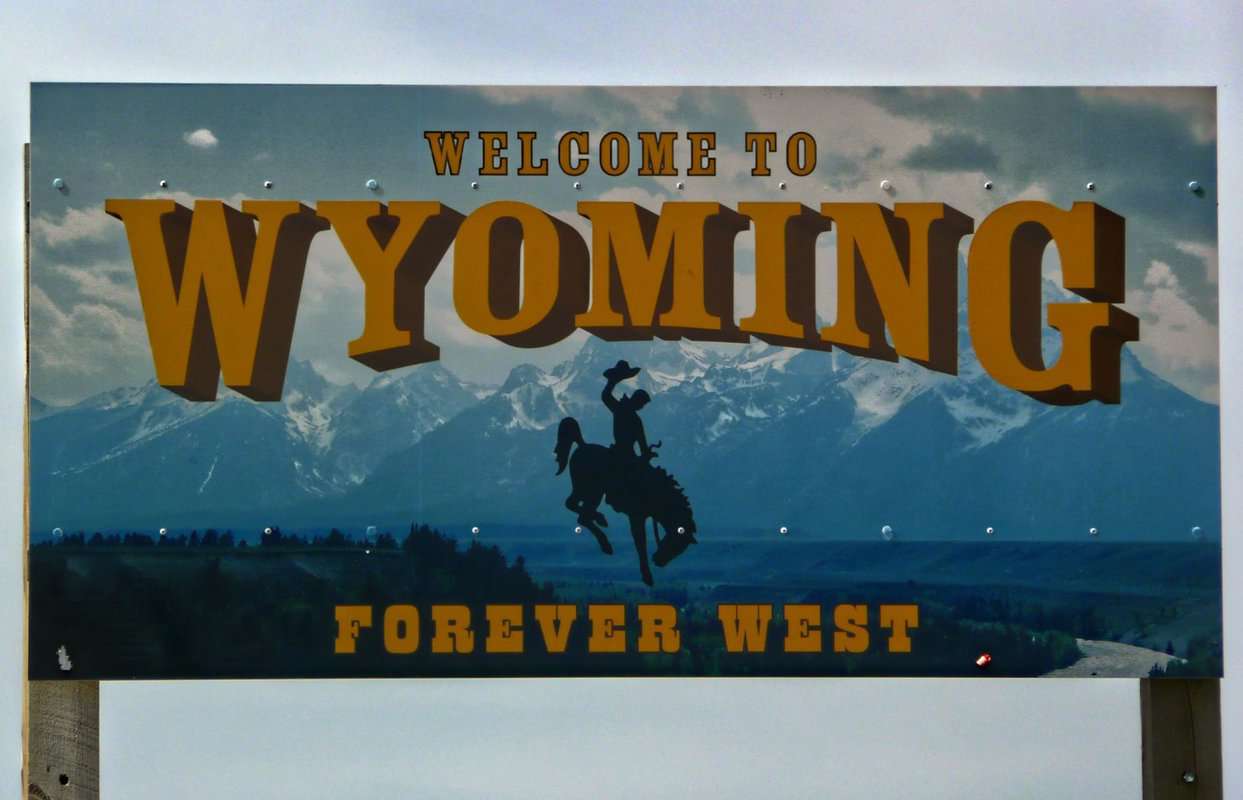 Wyoming is the tenth largest state in North America. Tourists from all over the nation flock to Wyoming to enjoy its iconic geysers, hot springs, and rock formations.

However, once the tourists leave, Wyoming goes back to its deserted state. In this article, I’ll share some of the factors making Wyoming rank last in population size.

Why Is Wyoming The Least Populated State?

Wyoming isn’t for the city boys. You can’t make money just sitting for eight hours at an office. Well, admittedly these jobs exist, but not in abundance.

So, who makes money in Wyoming?

The tough miners, shepherds, cowboys, and pretty much anyone who knows how to make a living from nature.

Known as a livestock-grazing state, many of today’s ranches in Wyoming still rely on seasonal mountainous grazing.

Even more, you can’t take your car to reach those elevations. You’ll have to hone some serious cowboy skills to ride the horse on rocky terrains.

Overall Wyoming is wealthy, but its wealth isn’t readily available. You need to extract it from the wilderness with your own hands.

2. Wyoming Is Overpopulated By Wildlife

Speaking of wilderness, Wyoming might be too wild for the average citizen. While the cities might not be that attractive, Wyoming‘s virgin land is a true haven for countless animals.

Oftentimes, the boundaries between people and animals aren’t clear enough.

If you’re not careful while driving, especially at night, you might run into a wandering pronghorn, elk, or moose.

Challenging driving isn’t the only downside of having unconventional neighbors. Wyoming citizens have to be prepared for wild predators trying to feast on their sheep and cows.

Even if you don’t own any ranches, there’s a chance to find some wolves or grizzly bears crossing your garden. Therefore, Wyoming requires fearless citizens with guard dogs.

Since we mentioned the risk of living close to the wildlife, Wyoming’s citizens have every right to defend themselves against bears, wolves, and even lions.

Let’s face it, bear spray sounds like a joke in this big boys’ state.

Deeply rooted in gun culture, Wyoming has a handful of innocent citizens who never held a gun in their life.

With this in mind, ordinary citizens aren’t comfortable around armed men and the sounds of continuous gunshots.

While this fact might back-off many outsiders, Wyoming has an impressively low murder rate.

Think about it, fewer people will be encouraged to commit crimes if they know average citizens can fight for their rights. 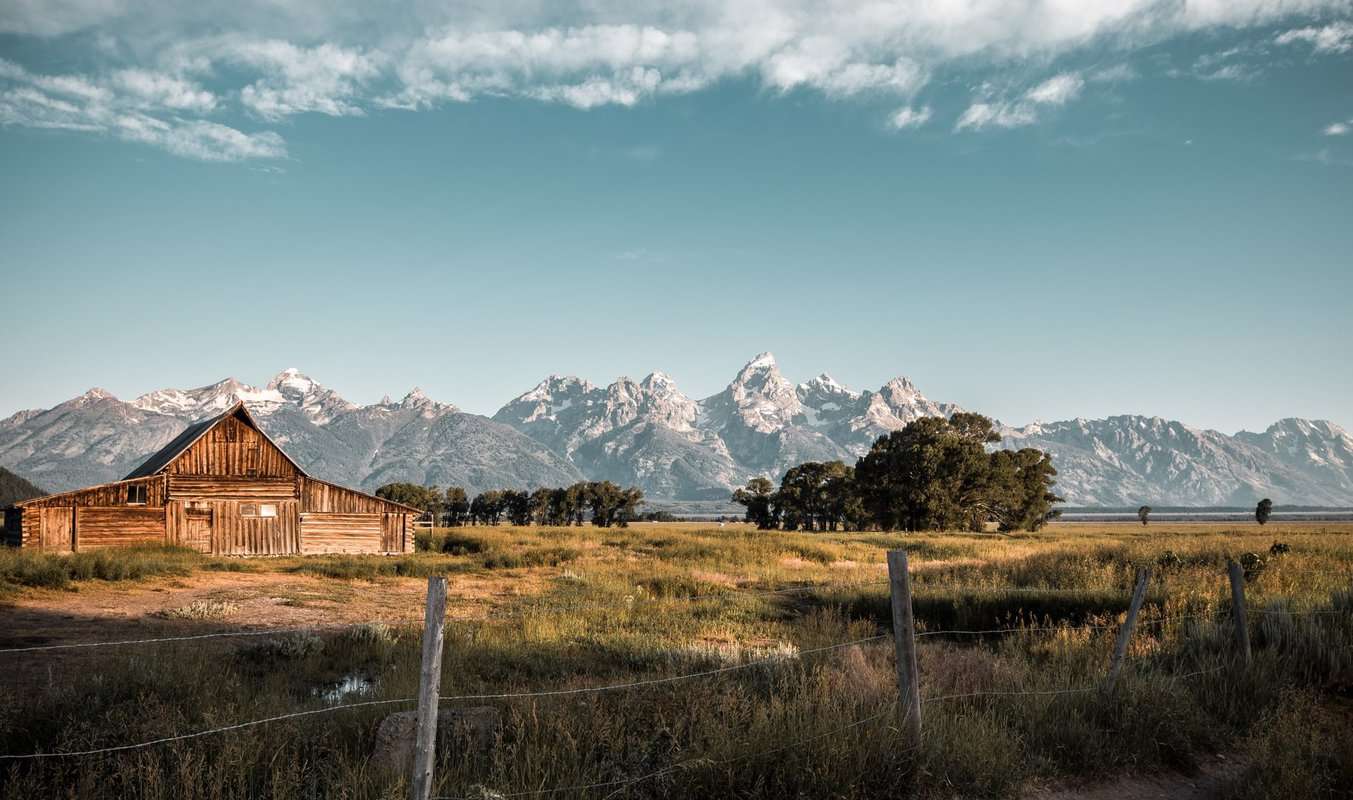 Winter in Wyoming can be deadly. With a record low of -66° F, you need to have a good reason to spend the season in Wyoming.

To survive Wyoming’s winter, you’ll have to be prepared with a long list of food supplies, emergency kits, indoor entertainment options, and more.

You don’t have the luxury to make unnecessary trips outdoors.

When it comes to going out, driving will become more challenging on Wyoming’s slippery slopes and unpaved pathways.

Besides, Wyoming’s snow will overload your schedule with shoveling chores.

Interestingly, for that reason, Wyoming is an attraction for adventurous winter sports players.

If snow is in your blood like Wyoming’s people, then this state won’t fail to impress you when its temperature gets below zero degrees.

5. Wyoming Is Too Empty

We all dream of uncrowded neighborhoods and traffic-free streets. But can a place be too uncrowded?

In truth, the noisy city life has become the norm for many of us. Therefore, Wyoming can be an inconvenient switch to a quiet rural setting.

Forget about the readily available Wi-Fi at corner street cafés, because there aren’t that many outing spaces anyway.

As a Wyoming citizen, you can’t expect much from the Wi-Fi connection or cellphone signals, even at your own home.

Besides, when you don’t have that many people around, there won’t be many nearby services. You’ll have to drive for miles to get your necessities from the supermarket.

6. Has A Rugged Landscape

Wyoming is one of America’s largest states, but you wouldn’t be able to live on most of its land.

With the mean elevation reaching 6,700 feet above sea level, high mountains and plains are staples in this region.

However, Wyoming’s landscape and wildlife are its real touristic value. Americans travel from all around the US to visit its iconic national parks, like Yellowstone and Grand Teton.

Therefore, Wyoming’s geography isn’t welcoming for large-scale development and construction projects. Still, if you’re on the look for grazing ranches, Wyoming has vast grasslands at no cost.

7. Everyone Is Equal In Wyoming

Wyoming has raised the bar when it comes to gender equality. American history was made in Wyoming when it granted women the right to vote.

However, equality in Wyoming’s constitution goes further to elevate every citizen’s rights. Nobody gets special treatment in Wyoming, which includes profit-driven corporations.

Therefore, Wyoming isn’t attractive to many investors for setting up their projects.

As a result, there’s a limited number of jobs in Wyoming, which discourages outsiders from settling in the state.

Still, with fewer restrictions on individuals, there’s free meat from hunting and free grazing lands for the cattle.

To learn more, you can also read our posts on why Wyoming is so empty, why Alabama is so bad, and why Connecticut is so boring.

Why is Wyoming the least populated state? Wyoming is deceptively unattractive to those who don’t appreciate its core value. Its wealth has to be extracted through dedicated hard work.

So, Wyoming will likely remain a homeland to some of the citizens willing to stick to it through thick and thin.