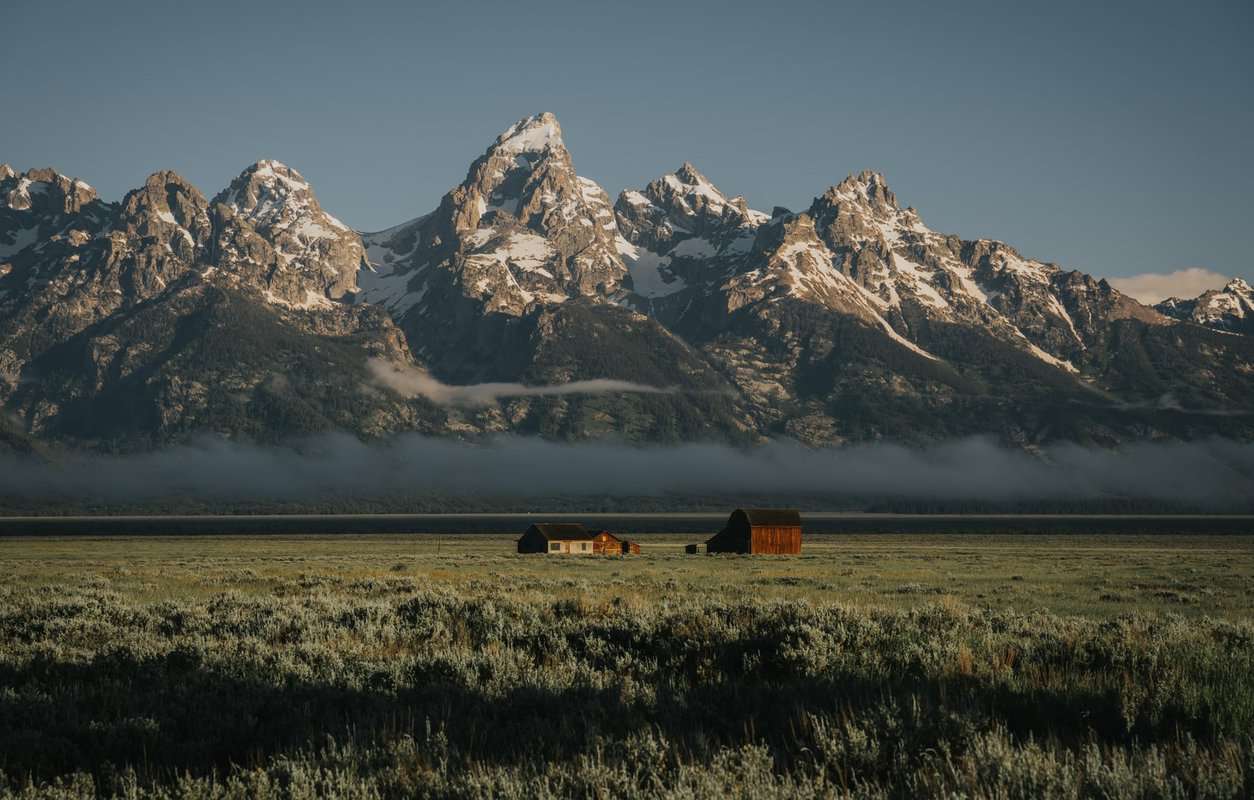 Wyoming is a nature-filled state in the middle of the country. Most states are full of people shifting through their lives. In contrast, Wyoming is empty. Few people call it home.

Why is Wyoming so empty? What makes this state devoid of inhabitants compared to other states? Why does nobody live in Wyoming?

Why Is Wyoming So Empty?

Wyoming has harsh geological features that make it tricky to call home. There are mountainous surfaces with little access to water, rugged terrain, and dry prairies.

These locations are beautiful. However, it’s tricky to get water and other critical living items to these spots. People can’t inhabit them or access them with enough ease to survive.

Some people want to call these locations home. They are willing to put up with the unique terrain and find a way to survive through it. However, these people are few and far between.

There aren’t many attractions to see in Wyoming unless you are a fan of the wild. There are no theme parks, few shopping malls, and minimal fast food locations.

If you are used to living in an area with access to amenities, you will be disappointed if you move to Wyoming. It’s a big reason why the state has so few people.

Wyoming has mountains, but it’s also a land-locked state. You can’t go to the beach. You may need to drive hours to reach the nearest quality restaurant.

The climate of Wyoming is intense. The summers are hot and dry, and the winters are cold and icy. Citizens have to be able to adapt to anything if they want to survive.

There is also a lack of water in the state, so it’s tricky to prepare for the harsh climates. You may need to make multiple trips to the store every year to get ready to be snowed inside.

Many people prefer the tropical warmth of Florida or the occasional snowfalls in California. Few people love chaotic climates, which is why Wyoming is so empty.

The largest reservation in the state is the Wind River Reservation. It takes up a giant section of land in the west-central area of the state. It’s shared by two Native American tribes.

Wyoming is empty because people know there are limits on the locations they can call home. The reservation takes up a good chunk of land that could become homes.

The fewer people, the better for Native Americans. Wyoming is an excellent place to share the land and provide everyone with a place to live. 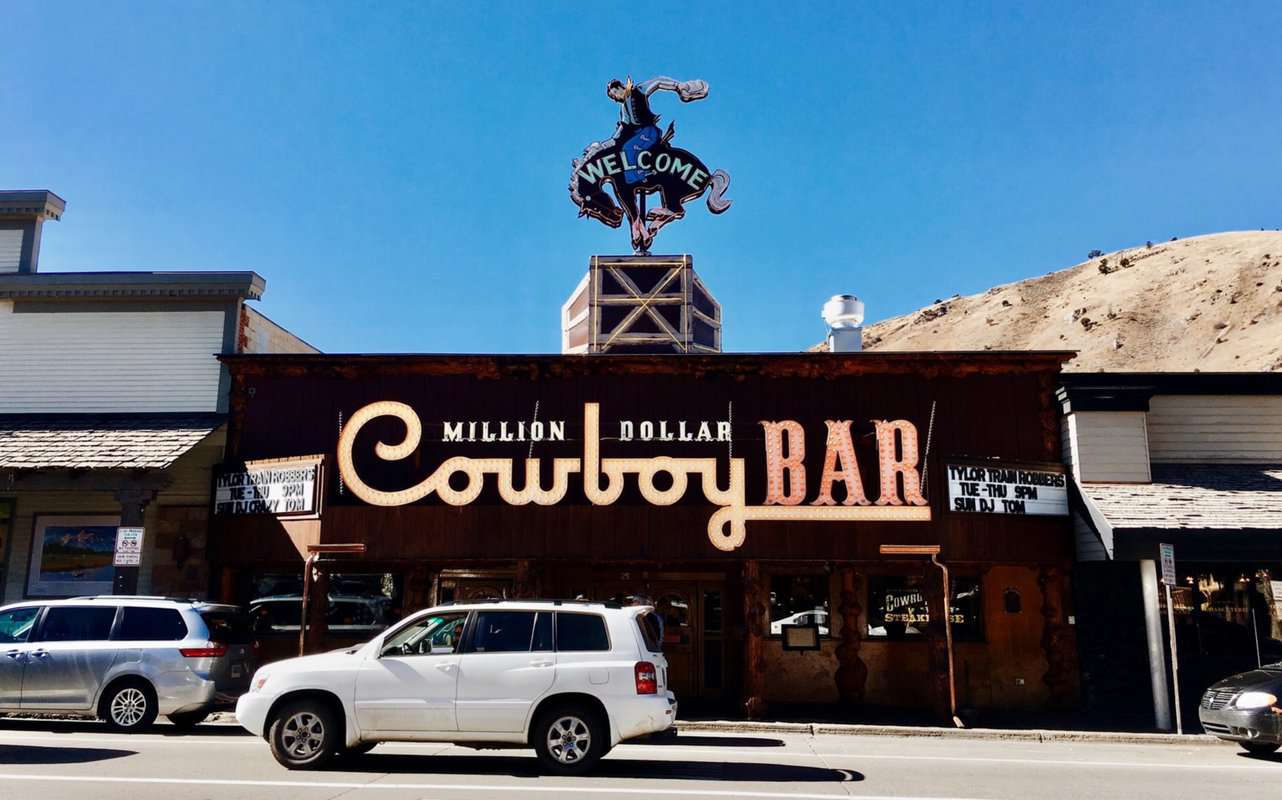 On top of reservations, there is also a lot of federal land in Wyoming. Much of it is protected, and people are not permitted to live there. It takes up much territory.

The federal government has about 48% of the land in Wyoming. It’s protected, and you cannot build. Wyoming has one of the highest federal land ownerships in the country.

Many people are driven away from Wyoming because they aren’t sure where they can call home. They see the limitations in the area and would move somewhere else.

There’s dangerous wildlife in every state, but Wyoming has more territory for these creatures to roam. If humans get too close, a harmful system can arise.

A few of the dangerous animals that call Wyoming home include Prairie Rattlesnake, Mountain Lion, Gray Wolf, and Grizzly Bear. These creatures can be deadly.

Many people don’t mind sharing their world with deadly animals. However, others would rather live in states where they aren’t at high risk of death by wild animals. It’s scary.

The biggest cities and towns in Wyoming are not that large. It’s tricky to find the ideal place to live and raise a family with access to so little in the state. It’s emptier than the other states.

The biggest city in Wyoming is Cheyenne. This city has a population of 64,099. Compare that to the people of Los Angeles – four million – and you get the idea of the size difference.

If you come from New York City, you will experience a drastic shift in your world. People avoid the state because even the biggest cities in the area are small. They want to be with people.

Wyoming is a red state and has been since the late 1960s. People there tend to be more conservative than in other areas, as are most states with farmers and land-workers.

If you have conservative beliefs, you will fit right in with most people here. If you lean more liberal, you will have a trickier time. Left-leaning folks tend to steer clear of Wyoming.

Some may not mind living in a location with conservative beliefs. Others would rather keep it empty to avoid being around people who disagree with them on political topics.

There aren’t many people in Wyoming, and the land is tricky to handle. There is a lack of proper infrastructure in the state, which makes it trickier to get around.

Wyoming needs a lot of work on several portions of its infrastructure. Their roads, bridges, public transit, and energy have less development than other portions of the country.

There is a lot of effort to put more money into Wyoming’s infrastructure. The lack of infrastructure is one of the reasons many people avoid the state. People want ease.

To learn more, you can also read our posts on why Wyoming is the least populated state, why Nevada is so empty, and why Nantucket is so expensive.

There are many states, and each has unique features, wildlife, and towns. There are few people in Wyoming. It has dangerous animals, rough terrain, and small cities.

Wyoming is a tricky state to live in, but many people call the wild place home. If you are comfortably occupying a state with few people, it’s the ideal location for you.

Why Are TSA Agents So Rude? (11 Reasons Why)

Why Is It Rude To Wear Sunglasses Inside? (7 Reasons Why)