Why Is Nevada So Empty? (7 Reasons Why) 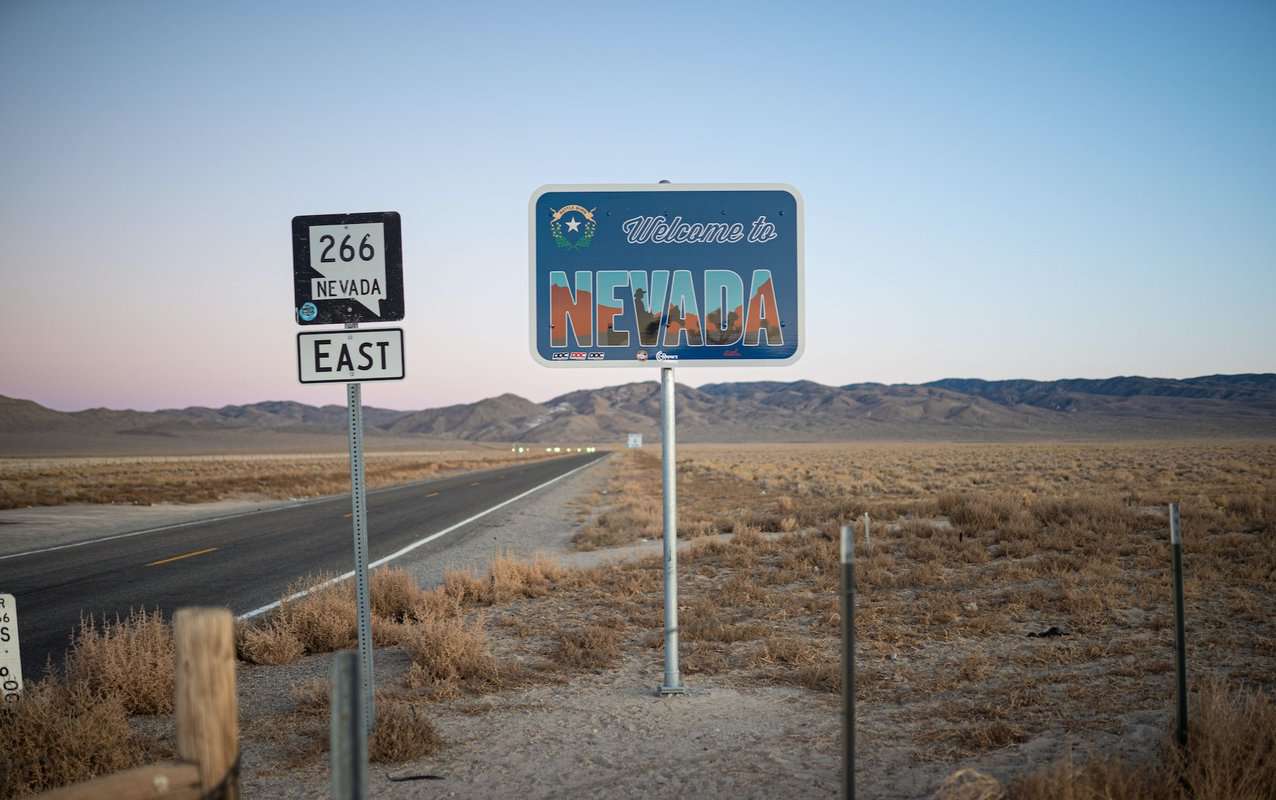 Situated in the heart of the region known as the Great Basin, Nevada is a state of extremes and not necessarily good ones. It is the driest state in the nation and one of the least densely populated.

Aside from the glitz of the Las Vegas strip and a few populated pockets in the northern half of the state, the vast majority of Nevada is also barren and desolate. Here are 7 reasons why Nevada is so empty.

Why Is Nevada So Empty?

1. Most of Nevada Is Federally-Owned

One of the major reasons why Nevada is so empty is because most of the land in the state is not privately owned and therefore not available for development through normal channels.

According to recent statistics, 80% of the land in Nevada is owned by the federal government. This translates to roughly 56 million acres of Nevada’s total of 70 million acres being federal land.

Among the government agencies that own and manage these federal lands in Nevada are:

In terms of percentage, no state in the country has more of its land owned by the federal government, which can make establishing inhabited areas and initiating construction projects quite challenging.

With an area of a tad over 110,000 square miles, the state of Nevada is larger than most people think. In fact, it ranks as the 7th largest state in the US in terms of size.

But with a mere 3.2 million people calling the state home (the vast majority of whom are in and around Las Vegas), Nevada’s population is concentrated in a few pockets of humanity and the rest is open land.

Read More:  Why Do People Get Married In Las Vegas? (9 Reasons Why)

Nevada is located in a region of the United States that is known as the Great Basin. It is a vast area that includes most or portions of the states of Nevada, Utah, Idaho, Oregon, Wyoming, and California.

One of the interesting features of this area (and how it got its name) is just about any precipitation that falls in the area drains inward. There are no outlets (e.g., rivers) draining into the ocean.

Another desert, the Mojave, occupies the southern part of Nevada, including its largest city Las Vegas. For good measure, the southern tip of Nevada lies in the Sonoran desert.

Desertscapes are as inhospitable of an environment as there is anywhere on the planet and the fact that Nevada is mostly desert is one major reason why it is so empty.

4. Nevada Has A Low Population Density 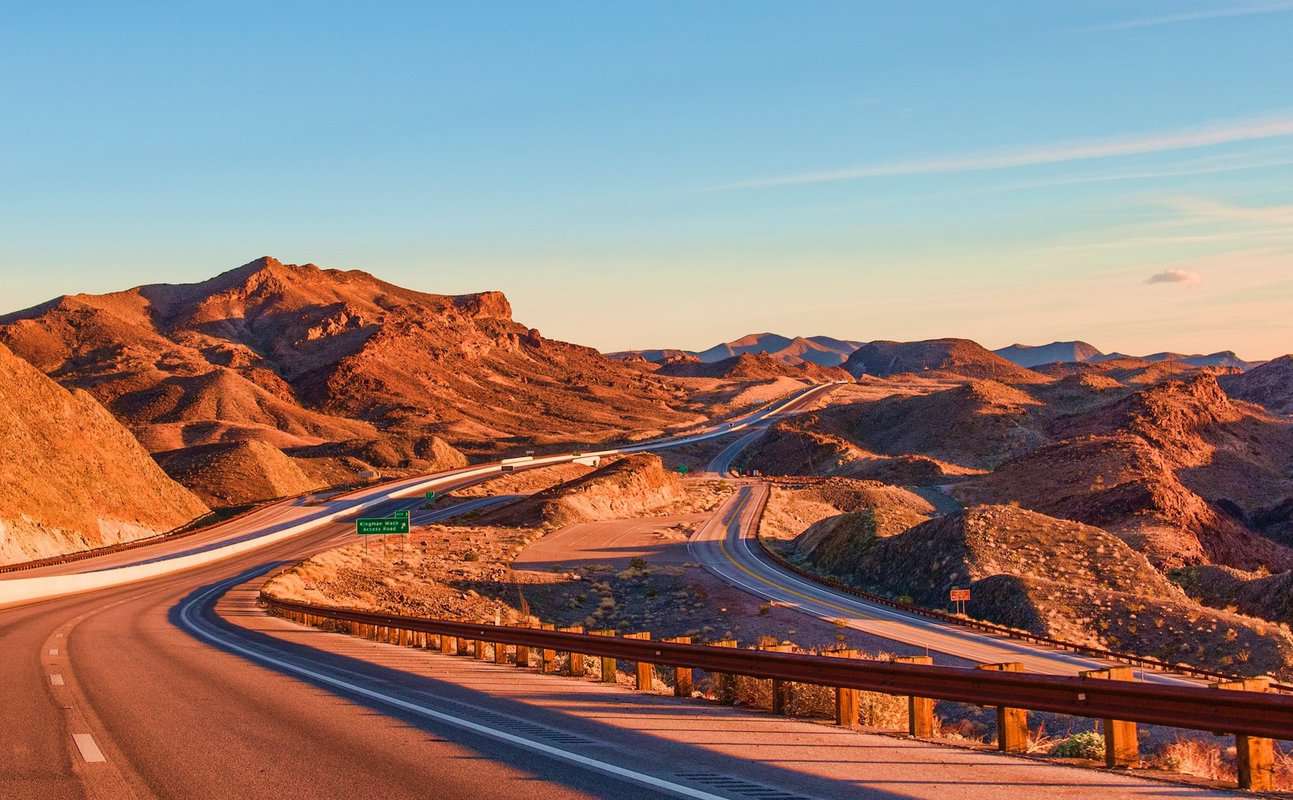 One measure of whether an area seems empty is if there is any human activity around, be it people living there, working there, or even just visiting for recreational purposes.

As the 7th-largest state in the country by area but one that ranks 32nd in terms of population, Nevada has one of the lowest population densities in the US.

With barely one-third of the national average when it comes to population density, it should come as no surprise that Nevada seems barren and desolate outside of Las Vegas and Reno.

5. It Gets Extremely Hot

As anyone who has visited Las Vegas during the summer tourist season can attest, it can get extremely hot in Nevada. This should not be surprising given the fact that much of the state is basically a desert.

In Las Vegas, for instance, where the majority of Nevadans live and work, temperatures reaching or exceeding 100 DEGREES F are a fact of life there.

Factor in the precarious water situation (more on this later) and the hot climate can give people reason enough to think twice before setting down permanent roots in Nevada.

6. Most Nevadans Live In Two Counties

Nevada is a large state in terms of area but the overwhelming majority of Nevadans live in two counties, Clark County and Washoe County.

According to recent statistics, the total population of Nevada is estimated to be approximately 3.2 million people. A deeper dive reveals that:

Between them, Clark and Washoe Counties account for roughly 89% of the people living in the state of Nevada, leaving around 350,000 residents to populate the rest of the state.

With Las Vegas in the southern portion of the state and Reno situated in northwestern Nevada, that leaves huge tracts of sparsely populated land in between and all around them.

7. Nevada Is The Nation’s Driest State

Water is a basic necessity of life and without it, people simply could not survive. While for many areas of the country, water availability is not an issue, in other parts it is a continuing (and deepening) concern.

Such is the case with Nevada, which is the driest state in the country with a paltry 10 inches or so of average annual rainfall.

Were it not for water supplied by Lake Tahoe in the northern part of the state and the Colorado River providing a lifeline for areas in the south, cities like Reno and Las Vegas could not exist.

To learn more, you can also read our posts on why people get married in Las Vegas, why Nantucket is so expensive, and why Wyoming is the least populated state.

Despite having a world-famous destination like Las Vegas in the south and a bustling metro area like Reno in the north, the majority of Nevada is empty.

Chief among the reasons for this are its dry, arid climate, low population density, and the fact that the vast majority of the state of Nevada is owned by the federal government.

Why Are Beagles So Cute? (11 Reasons Why)

Why Do Men Wear Pinky Rings? (9 Reasons Why)