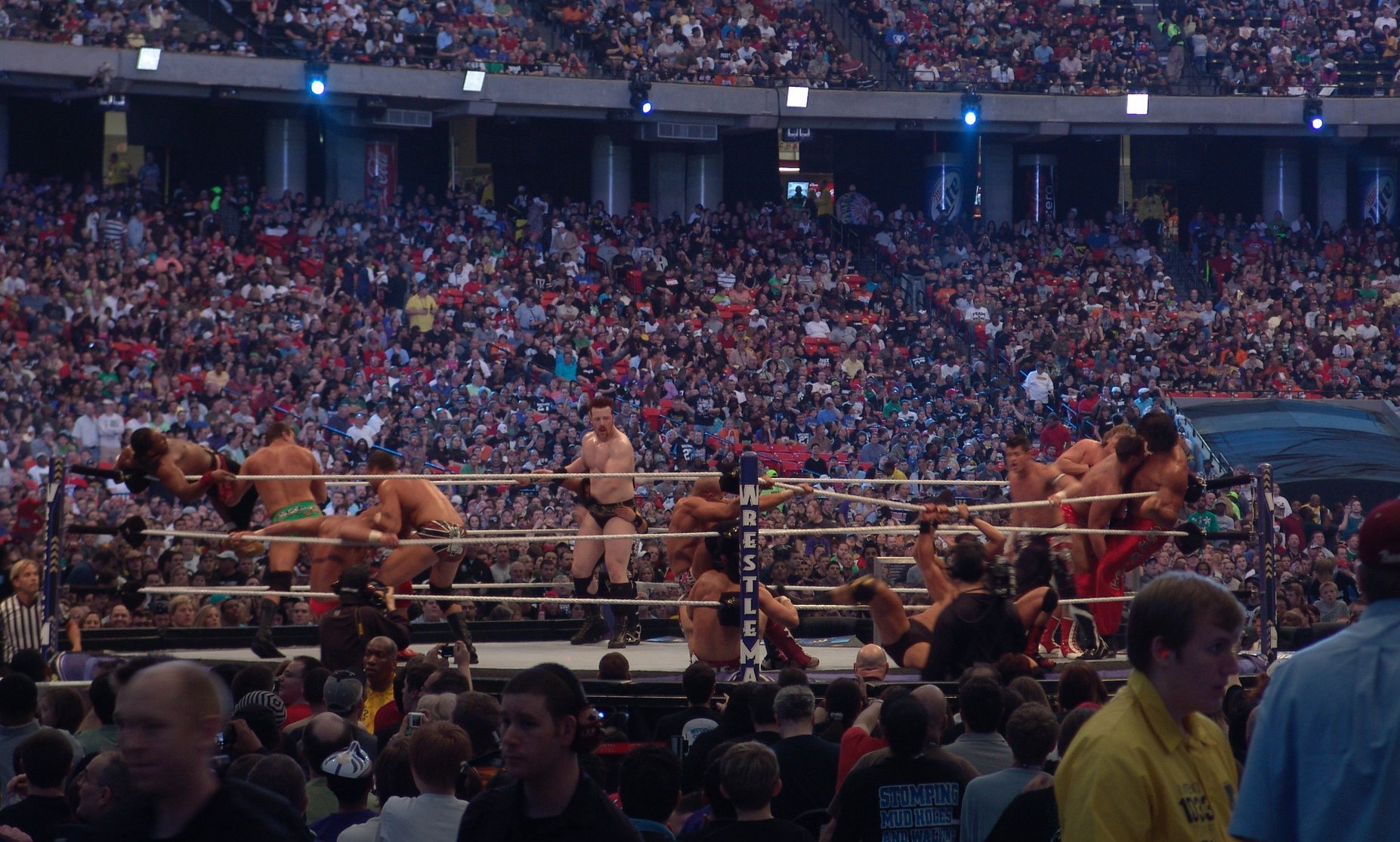 Professional wrestling is one of the biggest sports in America, despite its scripted nature. Of all the wrestling companies that came and went over time, one stayed at the top: WWE.

Unfortunately, many people would agree that WWE has undergone a rapid downhill spiral. Other people would claim that WWE was never good in the first place! Let’s find out why.

Why Is WWE So Bad?

Any professional wrestling fan will tell you that WWE faces a single major problem.

This problem is the root of all its other issues, and WWE likely will not return to its former glory until it is solved.

This problem is Vince McMahon, the owner of WWE, who does not intend on leaving his position until he dies.

While McMahon stepped down as the company’s CEO in June 2022 due to sexual assault allegations, his influence on the company is deep-rooted.

His replacement as CEO is his daughter, Stephanie, who he no doubt has some aspect of control over.

McMahon is the driving force behind many of WWE’s changes, including the changing of their target audience.

Many fans take issue with McMahon, seeing many storylines and new wrestler hires as having been done to appease WWE rather than in the name of quality.

He is known as a ruthless businessman and an egotist, traits which carried into his in-ring persona as Mr. McMahon.

While nobody can deny that McMahon is one of the most influential figures in the history of professional wrestling, it’s also hard to deny that he had a hand in WWE’s downfall!

One of McMahon’s least-liked adjustments to WWE was the changing of its target audience.

For much of its lifespan, WWE focused on attracting men in the age range of 18-24. In recent years, however, McMahon has shifted the focus toward children.

Read More:  Why Do Wrestlers Have Long Hair? (5 Reasons Why)

This decision leads directly to the sterilization of WWE’s content and their matches losing their edge. For example, WWE has now banned blood and any reference to alcohol.

Gone are the days of bloodied wrestlers beating on each other.

Ironically, Stone Cold Steve Austin- one of the network’s most well-known superstars- was known for his gimmick of drinking beer in the ring.

It looks like Steve Austin won’t be making an appearance any time soon with these new rules!

Many fans note that the fight choreography in WWE is less extravagant than it once was.

While wrestlers would use high-flying maneuvers such as diving off the ring, this is nowhere to be seen.

Many fans believe fights to be formulaic, with wrestlers simply grappling each other into submission.

This formula is something that was not seen before the 2010s when WWE seemed to have an attitude. This attitude was so prevalent that the 90s were nicknamed ‘the attitude era!’

When one thinks about WWE, they are likely to think about the superstars it produced.

People like Ric Flair, Hulk Hogan, The Rock, and John Cena have all seen prosperous careers outside of wrestling. This is on top of becoming widely-beloved wrestlers, as well!

However, John Cena seems to be the last of these WWE superstars. Ever since the 2010s, WWE has not seemed able to launch anybody to that tier of stardom again, as hard as they tried.

For some time, WWE had a policy of keeping its wrestlers under contract, no matter what. If a wrestler was unhappy, WWE would rectify this with raised pay or even intimidation.

Nowadays, WWE is more open to letting their wrestlers leave, with several wrestlers doing so.

In 2019, one of their most famous current wrestlers, Dean Ambrose, was allowed to leave the company for AEW.

Read More:  Why Is The Office So Boring? (11 Reasons Why)

One could easily assume that WWE has downright stopped caring about their wrestlers! 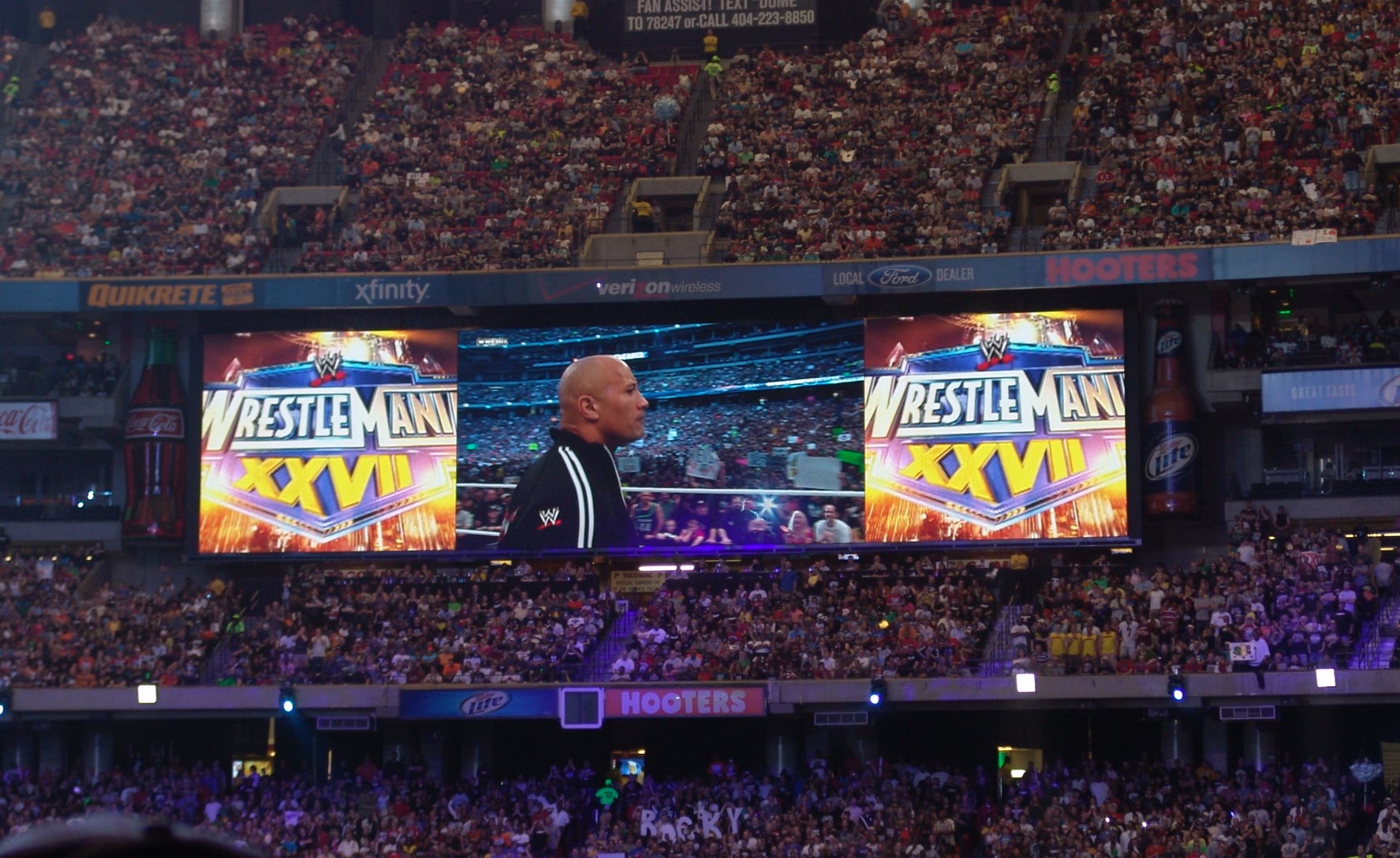 Aside from being formulaic in moves, the matches themselves seem to have gotten repetitive. At one point, WWE ran seven rematches in a single year.

Many fans are angered at this perceived laziness. Fans think that the WWE seems to have cashed out by making the same matches over and over.

To make matters worse, many of these matches seem to have incomplete conclusions. With seven fights in a single year, the storyline still may not progress at all!

7. Matches Have Lost Their Edge

When you consider the WWE of the 90s, you remember the bloody, violent matches that often put the wrestlers’ lives at risk.

A notable one of these violent matches is the notorious Undertaker versus Mankind Hell in a Cell match, where Undertaker threw Mankind off the cell and through an announcer’s table.

Mick Foley, also known as Mankind, took a sixteen-foot fall on top of the blunt force of crashing through a table.

This is not something you will see on WWE anymore- the company banned matches that got too ‘aggressive.’

As mentioned earlier, they also banned blood and alcohol references, making their content just that much less edgy.

Much of the draw for WWE was the simulated violence, where people rarely got hurt, but it sure looked like they did.

With matches being less edgy, WWE has become just another generic wrestling program.

Aside from no longer being edgy, McMahon seems to have sterilized general content as well.

With the single exception of Rey Mysterio, wrestlers are now average. Nobody watches wrestling for people. The fans want characters!

9. Writers Have No Time

WWE is a year-round program, with its Raw and Smackdown labels not having an off-season.

This means that WWE’s wrestlers have to make new content every week, frequently needing filler matches that many people find boring.

While this may only make WWE seem bad in comparison, the appearance of major competitors has contributed to WWE’s downfall.

With the rise of AEW, who wrestlers seem to actually enjoy performing for, WWE seems like sterilized wrestling for children.

Let’s face it. Everybody loves wrestling as a kid, but as you grow up, professional wrestling just seems silly and overblown.

For many people, this is still the main draw of WWE. Many others, however, have turned to more serious sports such as MMA.

While MMA brands such as UFC do not have the over-the-top scripted content of companies like WWE and AEW, it has all the violence and edginess that WWE has abandoned.

Plus, with how much more real UFC is than WWE, the fights feel like they carry a lot more weight.

Hence, they can be more entertaining to watch, especially if you’re interested in the fights more than WWE’s storylines.

By now, you can hopefully see why so many people take issue with WWE. Its standards have notably declined in recent years. Its content has become sterilized and unentertaining.

Despite its failures, WWE remains one of the biggest names in sports entertainment and the single largest name in professional wrestling. They must be doing something right!