Why Do Musicians Smash Their Instruments? (9 Reasons Why) 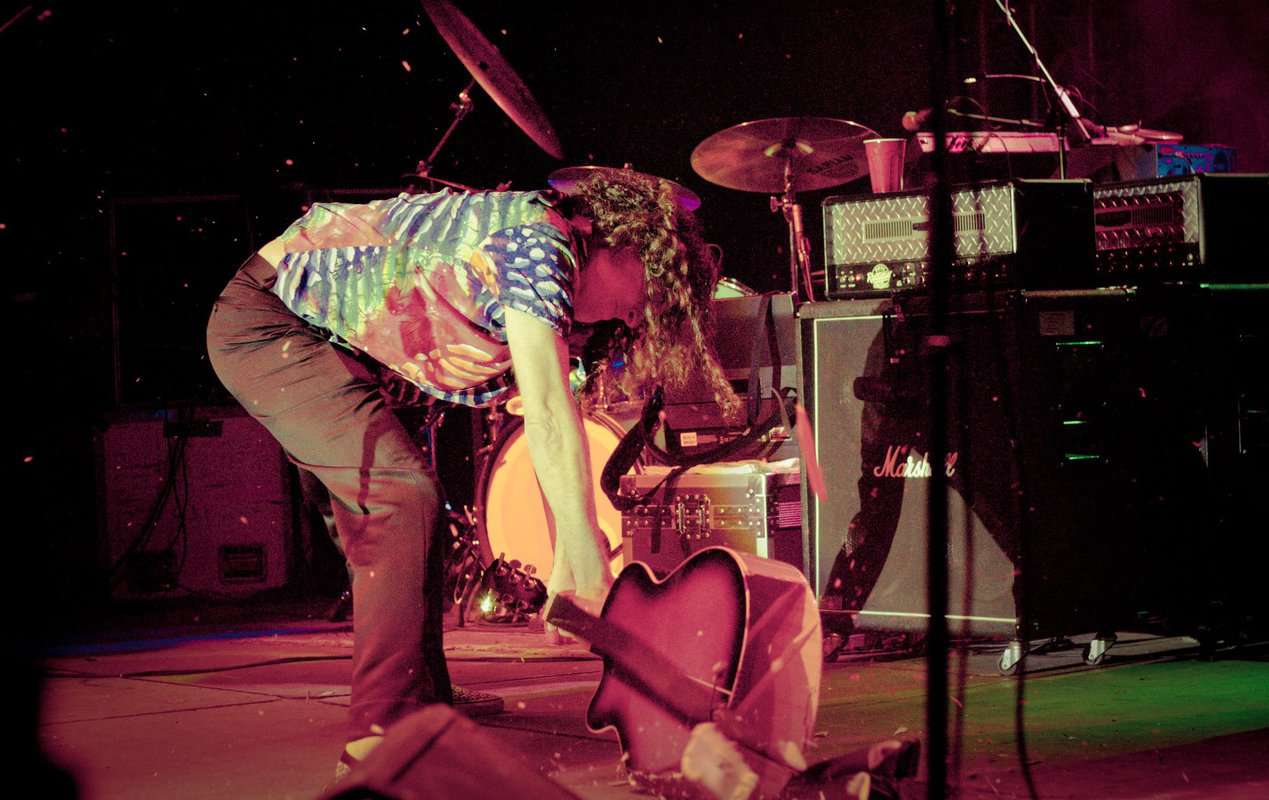 Music is something that can make the world go round. We are gathering together in a concert-like setting and just jamming out alongside our favorite bands, and then, by the end, it becomes chaotic.

Smashing instruments can ensure attention and chaos simultaneously, but why? Why do musicians smash their instruments? Well, here are nine reasons I’ve managed to discover this phenomenon.

Why Do Musicians Smash Their Instruments?

The kids say nowadays, and I’m sure you’ve heard this at least once, that people will do anything for clout. Clout means attention from doing anything, no matter how good or bad.

Why would someone who is a musician, and a well-known one at that, smash their instruments for attention? Well, the answer is simple: for more attention.

Maybe they’ve always been attention-seeking, or they notice that their relevancy is becoming nonexistent in their eyes.

Hence, they need to garner as much attention by any means in the act of desperation. Although this justification may sound weird to most, it has become the norm for others.

Outside of the smashing and thrashing of instruments, music is a way to incite emotion. Now, adding it back into the equation, ruining a perfect instrument, starts it further.

Emotion can be furthered from both the audience and the musician. The musicians may have some built-up frustration, and to release it, may decide at the last minute to destroy an instrument.

The reason for this could be either because of the music making them overly emotional or maybe, it’s likely, that they are frustrated with the audience members for whatever reason.

As for the audience members, when it comes to listening to music, they are living vicariously through their favorite artist by relating to the song and its emotions.

So, what better way to, metaphorically, get closer to their favorite artist at an event than to have that musician smash their instruments?

The way it is being explained sounds odd, but think of it as if you become emotionally attached to the main character in a tv show or movie, forgetting that they’re real people and not fictional.

A musician who smashes their instruments could be abusing drugs or alcohol. Not to overgeneralize, but there has been a history of drug use among those in the rock and roll community.

Again, not to overgeneralize because lots struggle with abuse. Another added fact is that one who abuses drugs and alcohol will have a habit of becoming increasingly impulsive on and off stage.

But, while this wild and chaotic behavior entertains the audience, the musician is internally struggling with their issues.

Often, the fans are not likely to see this behavior as alarming because smashing instruments, especially guitars, is a long-standing tradition, so they will take it as it is.

Capping off of number three, I briefly mentioned that smashing instruments has been a longstanding tradition among the rock and roll community.

The first person who was likely to have smashed their instrument happened in 1956 during the Lawrence Welk Show, while Jerry Lee Lewis was the first rock star to have smashed his guitar.

Usually, if strategically planned, a musician is known to smash their instruments towards the end of their shows as some finale. The last musician to have done this was Phoebe Bridgers in 2021.

Specifically, for rock musicians, smashing instruments became a tradition to display their lack of care, edginess, and a way to put on a good and memorable finale. 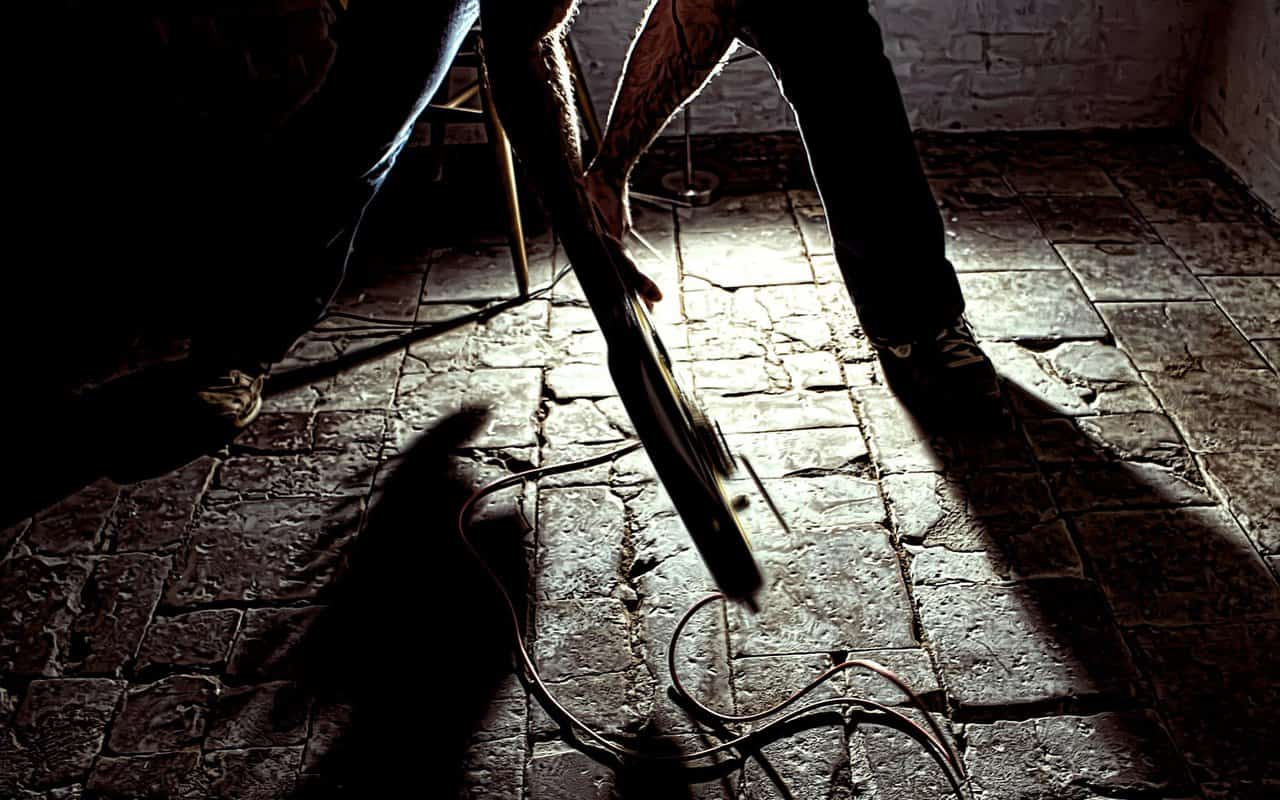 A relationship between artists and fans can be intimate from afar and up close.

Going to a concert is one of the ways to embrace that intimacy and become entuned with the music and emotions behind it, one that’ll be memorable forever.

In anything in life, whatever people are doing, you want to create or become part of history that you can look back on no matter what age you are, even if it means obliterating their instruments.

6. The Show Is Boring

This may seem like a far stretch, but maybe the musicians felt like or felt the show’s vibe was not exciting enough.

People go to concerts, or other musical events, for excitement and entertainment away from their stressors, so the last thing people want to pay for is a bore-fest.

So, to amp things up, the musician will try to do something that will garner the audience’s attention and make them entertained and want to support them more.

Often instruments will want to be smashed for the sound it makes. A sound that is long-lasting and likely to potentially cause you and everyone else at the event to lose their hearing.

To capitalize on the insaneness of the sound, musicians will smash their instruments against other equipment to make it 100x louder.

This goes along with wanting attention, but nowadays, people are trying to find new and improved ways to obtain the attention of others around the world.

Now, smashing an instrument, as noted, is a long-standing tradition, so it’s not technically anything new, but it is not done as often as you would think.

For example, when Phoebe Bridgers smashed her guitar, she garnered attention from it, likely going viral, since this happened during her performance on SNL.

People criticized her for this stunt, but virality does not have to garner good or bad attention. It just has to give you the attention and recognition that you want.

Read More:  Why Are Guitars So Expensive? (11 Reasons Why)

Chaos, a noun, by definition, is defined as a “state of utter confusion or disorder; a total lack of organization or order.” However, there is such thing as good chaos and bad chaos.

Chaos, regardless, is overwhelming, but good chaos brings light and fun to you, and whoever else is around you. Bad chaos, however, can be overwhelmingly destructive and destroy you.

Bad chaos can destroy you emotionally, mentally, or even physically. Numbers two, five, and six can be taken as good chaos. Number three can be seen as bad chaos.

However, to go a bit further than that, in some cases, smashing an instrument can ensure physically destructive chaos, i.e., fights to break out.

These fights breaking out can be done intentionally by the musician to bring more excitement or maybe unintentionally.

While it could be a stretch to say that a musician violently smashing their instruments can be a catalyst to inciting chaotic fights amongst the audience, it is still possible.

To learn more, you can also read our posts on why musicians have long hair, why musicians wear an earpiece, and why rock music is so good.

So, in conclusion, musicians are fascinating creatures. Long-running tradition or not, they will do anything to ensure that they, along with their audience members and fans, have a good time.

Whether their reasoning is sound, justifiable, or not even close to it, chaotic memories such as smashing an instrument are something to tell your future kids one day.

Why Do Women Wear Pearls? (9 Reasons Why)

Why Did Someone Put My Windshield Wipers Up? (5 Reasons Why)