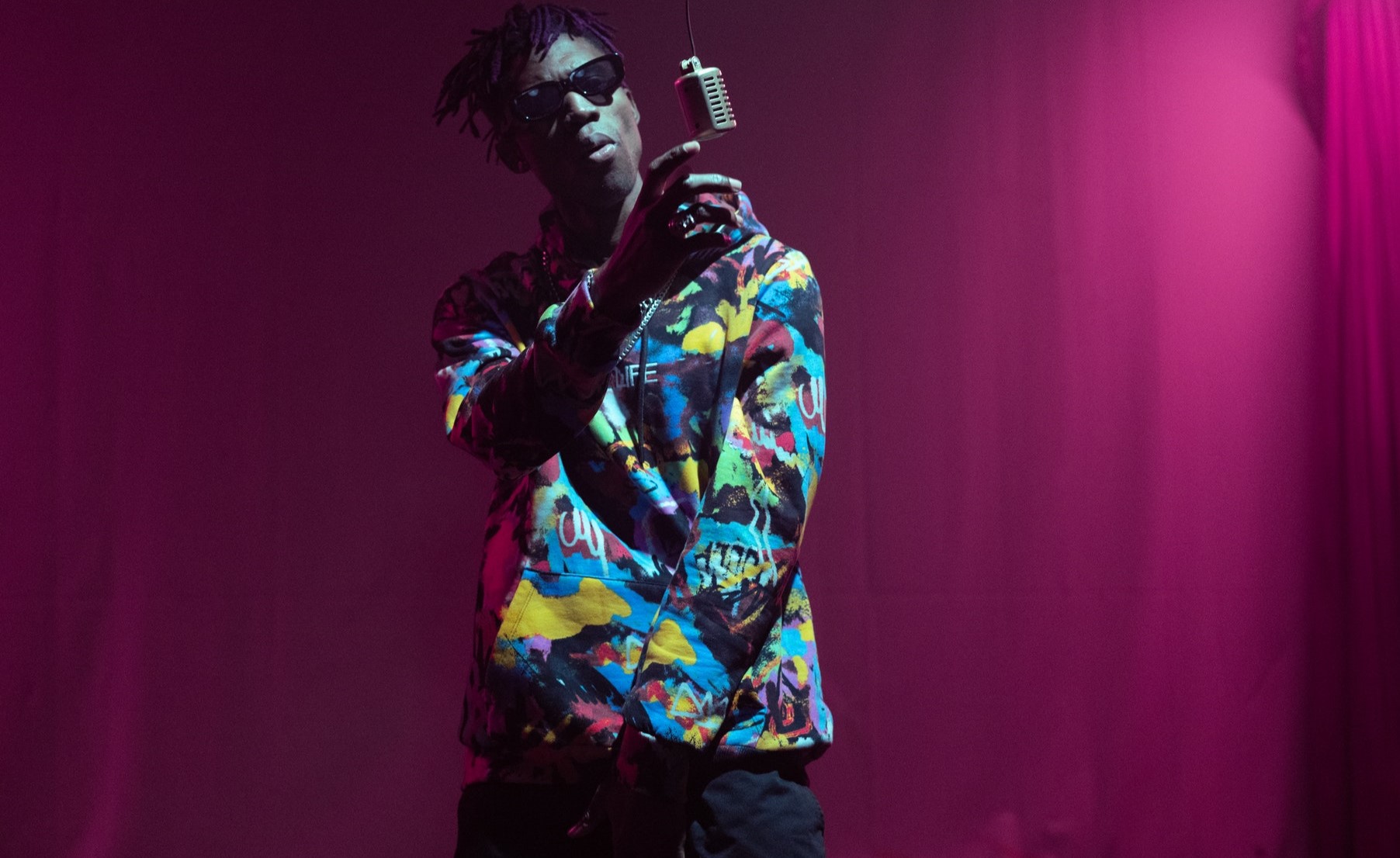 Rappers can sometimes be notorious for doing or saying vulgar things. It’s an unfortunate stereotype for the rapping community that is not always true.

If you’ve ever noticed that rappers and some male singers tend to grab their crotch a lot when performing, there are reasons behind this. Here is what I found about it!

Why Do Rappers Grab Their Crotch?

When the rapper is on stage performing, they have a free hand that they just feel needs to do something. That reach for their crotch is just a natural placement of their hand.

They’re performing on stage and likely holding a mic. If they have a hands-free mic, you will notice that this motion is less likely to happen.

The free hand easily rests towards their crotch, and as males it could just be a natural gravitation rather than an obscene gesture that people find offensive.

Perhaps it’s just the only thing their minds could think to do with that free hand and the action was natural. Although there are times it could be blatant.

Not all rappers fall under the stereotype of being dominant male creatures but this community is known for such. They have large egos and are driven by dominance.

The action to reach for their crotch could be a symbol of their egotistical thinking of their dominant stature. It’s a display to you or anyone that they are bigger and better.

The dominant mentality might even be subconscious as they get into their music. The driving factor often relates to their egos demanding they be superior in some way.

The dominant drive reaches for the crotch to symbolize their dominant stature.

3. Following Those Before Them

This action of reaching for their crotch could simply be a rapping trend. It all likely started with a single person who chose to do so and then others followed suit.

Once the trend started, it simply became unstoppable and has now become a common symbol of the rapping industry. Most trends fade out but that doesn’t seem to be the case.

It’s unclear where this trend officially started but it seems to trace back to the 1980s when rap was heavily focused on emphasizing control in different ways.

While rappers do go on tour and perform live on stage, they typically create their music for the radio. This means they create behind closed doors.

When they get on stage, it’s far different to be in the spotlight. They are in front of huge crowds, front and center for the world to see. Now, they have to deliver and impress.

When their ease is to perform in a recording studio, standing in front of throngs of people is far different. They get excited and amped up and then react accordingly.

Read More:  Why Does Eminem Hate His Mom? (9 Reasons Why)

When you consider that a lot of rap music speaks of violence, gangs, or sexuality, it makes sense that a rapper would need to comfort themselves with a weapon.

In this particular instance, reaching for their crotch is used as a security device almost like a weapon would be. It’s a unique spin but it certainly makes sense when you consider it.

It’s understandably all about the relevant safety and feeling as though they are superior thanks to that weapon. This can easily relate to the ego in a sense as well.

We hate to stereotype rappers because they are not all the same. However, there are a large number of them that tend to be vulgar and will do anything to show it.

There is certainly the possibility that grabbing their crotch is a blatant sign of vulgarity. While you can’t pin this to every rapper, it is clearly the case for some of them out there.

Grabbing their crotch likely won’t be the only vulgar action that you see. There will be other signs and movements as well. Their lyrics could easily be vulgar too.

This is the name of the game for some of them.

7. Reacting To The Music

Finally, if you see a rapper grabbing their crotch when they are performing on stage, it could just be moving to the music. These artists get into their music heavily.

It might be a completely subconscious action where they are just passionate and wholly emphasizing a piece of the music. In this scenario, it comes off as aggressive because it is.

Not necessarily that the rapper is overly aggressive but more that the music is building passion and aggression within them. The action is short and they continue performing.

In other cases, it’s dramatic and overdone. It depends on the situation.

To learn more, you can also read our posts on why rap is so bad, why people like rap, and why Christian music is so bad.

A rapper grabbing their crotch has been happening since sometime around the 1980s and it likely won’t stop anytime soon.

The action is meant for emphasis and passion. However, there are times it’s meant to be vulgar or a sign of dominance as well.