Why Does Eminem Hate His Mom? (9 Reasons Why) 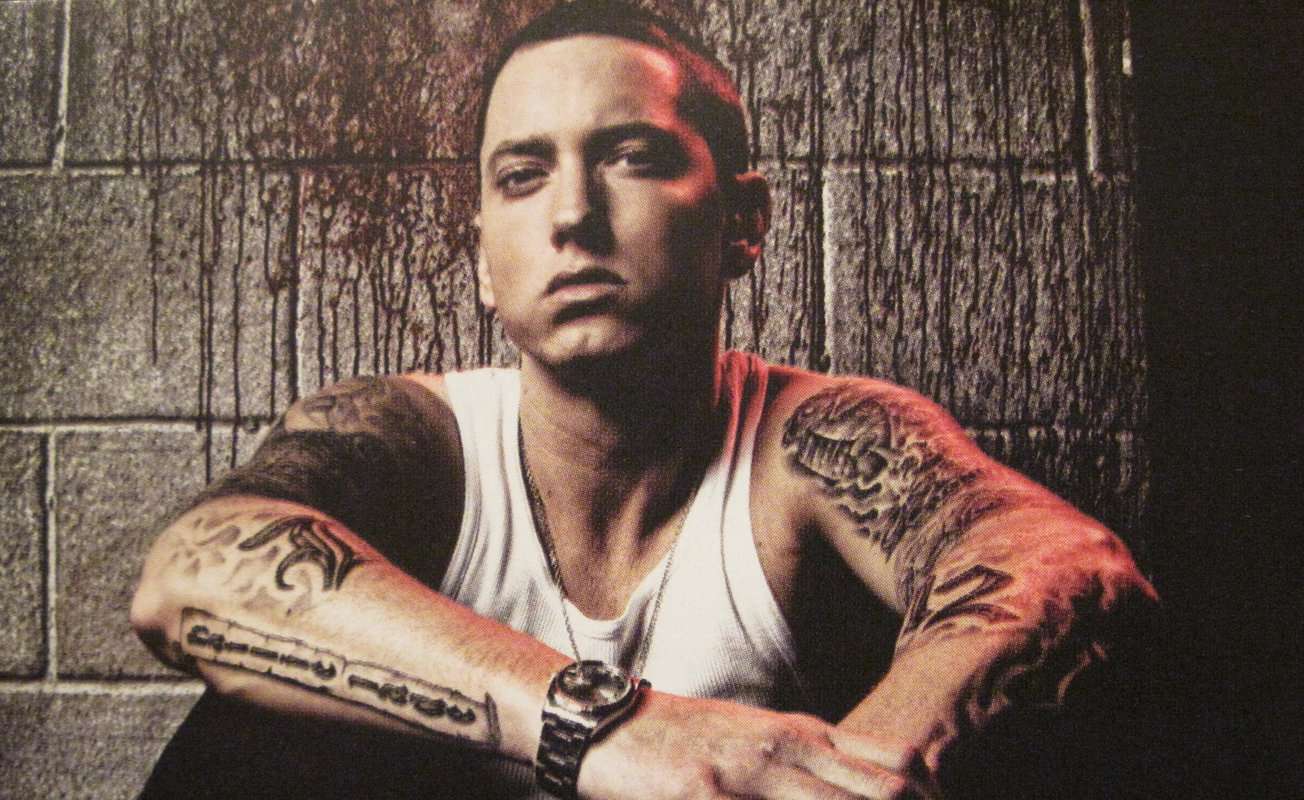 In the world of pop culture, it is not uncommon for superstars to be raised by a single mother, with the celebrity giving all of their love and blessing to mom for the success they attain.

However, there is one notable exception: rap music star Eminem, whose disdain for his own single mother is well known. Keep reading for 9 reasons why Eminem hates his mom!

Why Does Eminem Hate His Mom?

1. Eminem Suffered Abuse As A Child

There are numerous reports that Eminem suffered abuse as a child. Without a father in the picture, his mom, Debbie, was a single mom who was ill prepared for the task of raising a child.

Not only would Debbie’s frustration lead to young Marshall (Eminem’s birth given name) receiving the brunt of her ire, but the unstable home life led to abuse from strangers.

With only his mom to look to as a role model figure, a childhood full of fear and pain is the top reason for his disdain for Debbie as an adult.

2. His Mother Was A Drug Addict

In the times that Eminem was not receiving abuse as a child, he was often left alone with a mother strung out on drugs and alcohol.

Not only was it traumatic for him to see his mom in a compromised or incoherent state, but it hardened him to the dark side of life far too early.

Forced to be his own caretaker from a young age, Eminem received none of the love and affection that children need or expect from their mother.

3. Eminem Grew Up In Poverty

This erratic behavior, exacerbated by drugs and alcohol, made it difficult for Debbie to hold a job, pay the bills, or keep food on the table.

In addition to requiring Marshall to be the man of the house from a young age, he received the social kickbacks of growing up in poverty.

Eminem never had any of the nice clothes or luxury items that other kids his age had, and his status as the “poor kid” only strengthened his disdain for his mother in his formative years.

4. He Left School In 9th Grade

Due to the myriad issues surrounding his mom’s instability and his poverty surroundings, Eminem was forced to drop out of school in 9th grade.

He started working odd jobs to make ends meet while other kids his age were learning essential life skills and preparing for college or a trade.

As most parents hammer education as a way for their children to surpass them in the quality of life spectrum, Eminem harbors resentment that his mom let his education go by the wayside.

5. His Mom Had Him As A Teenager 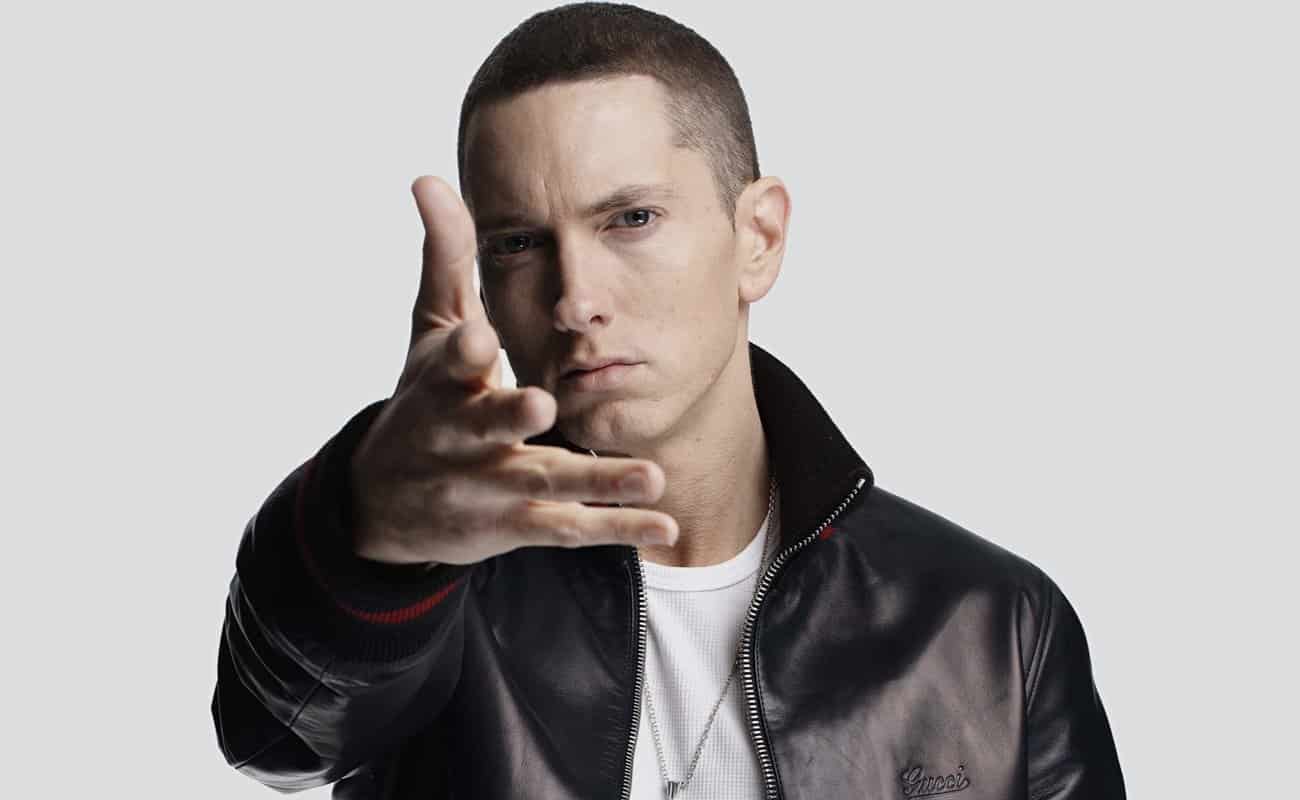 Debbie had Eminem when she was 18. She dropped out of school to be with his absentee father several years earlier.

It is not at all uncommon for the children of teen parents to have complex or negative relationships with their parents.

First of all, many teen parents are unskilled in parenting, which leads to more yelling and abusive behaviors than is typically seen in more mature parents.

Furthermore, the relatively small age gap between the child and parent can add a stressful dynamic of the parent being more like a peer than a parent.

Marshall also got shamed by his peers about the relative youth of his mother and was on the receiving end of mom jokes and innuendos–all which added to his resentment toward his mom.

Read More:  Why Do People Hate Creed? (11 Reasons Why)

As Eminem matured, he would have moments of realization that his mother was not completely to blame for all of the bad things that happened in his life.

However, whenever he started to attribute their circumstances to factors outside of his mom’s control, he would inevitably let her down.

Whether it was another violent fit of rage, a relapse with substance abuse, or moving Marshall to yet another friend’s home, every positive effort he made seemed to be constantly negated.

7. His Mom Guilted Him

Despite the squalor in which Debbie placed her son, she regularly displayed means of turning the tables around on him and playing the victim.

She blamed young Marshall for their financial struggles and made him believe that she would have been fine if it weren’t for him coming along.

She would go through her purse and claim to be missing items, blaming Eminem when she had misplaced them herself during one of her incoherent benders.

Eminem also says that Debbie suffers from Munchausen syndrome, which causes her to fake illnesses to appear like a victim and guilt other people (her son) into taking care of her.

If there is one thing that children understand, it is a sense of moral equity, so having a mother constantly manipulate him turned her into a demon-like figure in his eyes.

As if his mom’s neglect, abuse, and manipulation of Eminem weren’t enough, she actually sued her son for $10 million in 1999.

She claimed that her son was slandering her on his albums.

In her defense, some of the things Eminem drops on his album are pretty hardcore and definitely paint Debbie in a horrible light.

Nonetheless, Eminem’s attorney argued that the truth takes the teeth out of any defamation suit, and Eminem maintains that everything he says about his mom in his music is 100% true.

Debbie did not win her trial against her son, but they settled out of court for a “measly” $25,000.

Still, any time family members are on opposite sides in a court of law, the bitter feelings will cut deep.

Most of the proof that Eminem hates his mom comes directly from his song lyrics.

Unfortunately, at the time Eminem rose to prominence, violence against women was rampant in the rap music jargon.

So while there is definite bad blood between him and his mom, some of it can be attributed to him just trying to fit in with the culture by adding his own misogynistic twist.

To learn more, you can also read our posts on why rappers grab their crotch, why 70s music is so good, and why singing is so hard.

Eminem is one of the rare celebrities brought up by a single mom who publicly professes his disdain for her.

From a childhood filled with abuse and neglect to her suing him as an adult, Eminem has many reasons for not putting his mom on the angel pedestal like other artists raised by single moms.

Why Do Koreans Have Good Skin? (9 Reasons Why)

Why Do We Exist? (15 Deep & Philosophical Reasons Why)