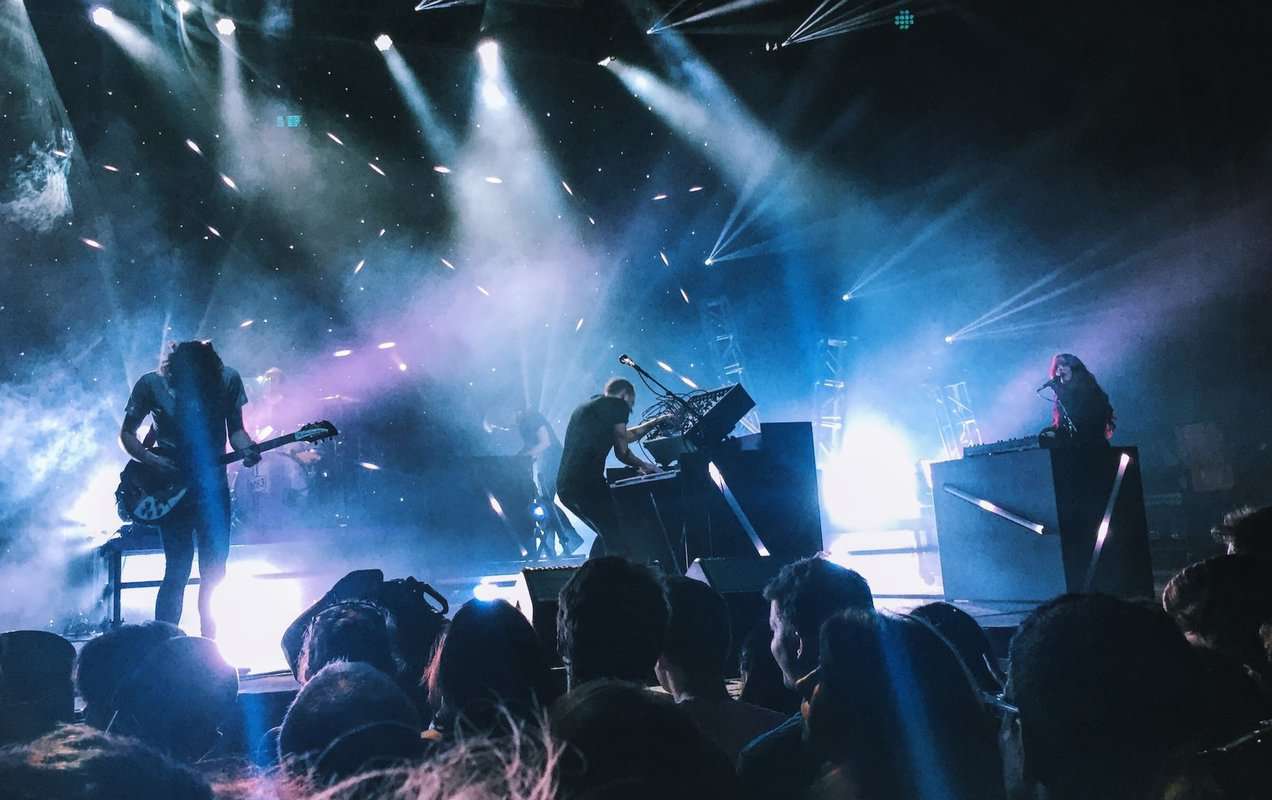 Rock and Roll music is one of the major music genres that has shaped the 40s and 50s of the last century, especially in the United Kingdom and the United States.

With that being said, there are many people who pick rock music as their most disliked genre. So why is rock music so bad?

Why Is Rock Music So Bad?

1. Rock Can Be Very Loud

Let’s start with one of the main reasons why some people may not like rock music. Although there are plenty of rock genres that are relatively smooth, when people say rock music, they immediately think of heavy rock bands.

One of the most characteristic aspects of heavy and progressive rock music is that it’s quite loud on the ear because it relies on drums and electric guitars in addition to loud vocals.

Listening to loud music, whether it’s rock music or any other genre, can actually be harmful to your ears.

According to a study regarding ear health, any loud noises that exceed 80 decibels (dB) can cause hearing damage, leading to hearing loss in the long run.

Loud noises can also cause headaches for some people, so it’s uncommon for those people to enjoy music genres like Rock and Roll.

Another reason why some people may perceive Rock and Roll as bad music is due to its influence on the youth and its association with negative stereotypes across the ages.

For example, when the Beatles became a worldwide phenomenon back in the 1960s, America held some strong views when their music landed there.

This is because the band members often used illicit, hallucinogenic, and stimulant drugs, such as LSD, Phenmetrazine, Marijuana, and more during their shows and after them.

As a result, a lot of young adults started following suit, which led to Rock and Roll being frowned upon as satanic music that led to a generation of rebellious and disobedient teens.

In addition to the heavy use of drugs and alcohol, rockstars were also deeply associated with certain fashions and haircuts that make them easily distinguishable.

Back in the day, dressing codes were a lot stricter, which led to Rock and Roll being labeled as a public enemy.

In fact, rock music was accused of brainwashing and destroying the new generations, so many parents implanted the idea that rock music is bad in children’s brains.

Another reason why some people may not like rock music is the lyrics of some of their songs.

While other genres are mostly composed of romantic and peaceful connotations, rock music is one of the few genres where controversial topics are often discussed.

For example, there are a lot of songs that contain lyrics that discuss violence, sexual abuse, drugs, and even suicide.

As a result, many people find this kind of music too edgy and uncomfortable, as it can trigger sad memories, traumas, and hard times that people have gone through.

On the other hand, there are others who believe that music should evoke feelings, so it really depends on where you stand regarding gloomy lyrics.

In addition to the edgy lyrics, most rock music will often use music cords that stir listeners’ emotions.

Of course, there are many people who like rock music for that particular reason. However, many people find this kind of music too depressing, especially when combined with gloomy lyrics and topics that trigger them.

In order to make their sounds more powerful, a lot of musicians from the 60s, 70s, and 80s had remarkably high pitched vocals.

For example, Guns and Roses lead vocalist, Axl Rose, is known for his relatively high pitch while singing.

Some may enjoy this kind of sound that adds a unique or nostalgic tone to the music. However, there are many others who find it a little “screechy”.

6. There Are Too Many Subgenres 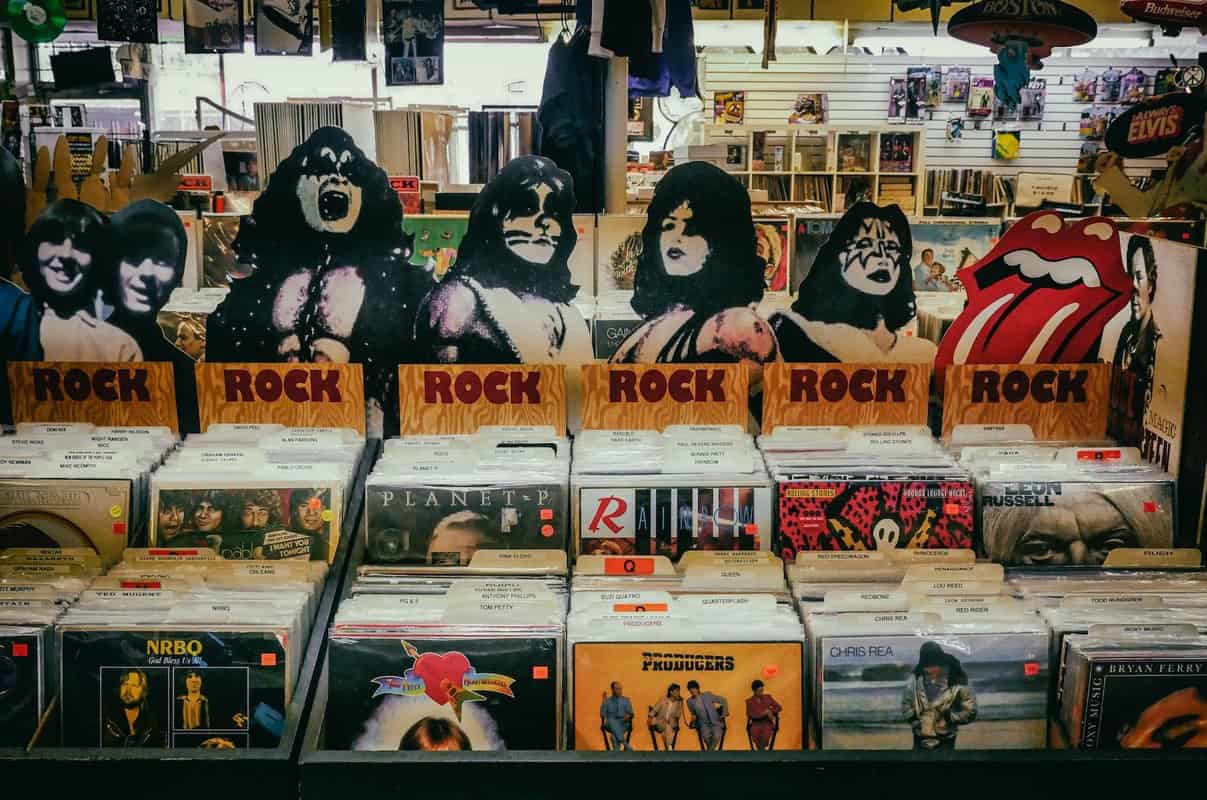 Calling rock music bad is a little hasty because rock music is actually a broad genre that includes tons of subgenres.

Some people don’t even know the difference between rock music and metal music, which is often louder and takes various aspects of the music to the extreme.

In fact, there are many who may love a specific type or subgenre of rock music while absolutely hating others.

While many music genres continue to produce some great artists and bands, the vast majority of rock music legacy was during the last century with newer generations of rock musicians contributing very little to the genre in comparison.

8. Fallen Out Of Mainstream

Based on all the previously mentioned points, it’s easy to see why rock music isn’t as popular as it used to be.

In fact, even rock and roll fans themselves believe that newer generations of rock bands have strayed far from the music genre, which led rock to fall out of the mainstream media.

A lot of people like to enjoy music while working or studying. However, not many music genres will help you stay focused, especially if you need to read and write.

In fact, a 2004 study found that rock music heavily reduced the score of reading among test subjects when compared to other music genres.

10. “Born In The Wrong Generation”

If you listen to any popular rock song on youtube or other streaming services that allow commenting, you’ll often read comments like “I was born in the wrong generation” and “today’s generation won’t appreciate this masterpiece”.

The reason behind these comments being popular is that, as previously established, rock music isn’t as popular as it used to be.

Back in the day, musical instruments were the only method to make music. As a result, younger generations and musicians started bands that have seen huge success among their age demographic.

Today, a lot of music can be produced using computer software, which led more and more artists to rely less on instruments, and therefore, rock music became not as catchy in comparison.

In the end, you should also know that music is subjective and everyone has their own taste when it comes to enjoying music.

Regardless of all the previously mentioned reasons, some people simply don’t find the general experience of listening to rock music appealing or rewarding to them.

On the other hand, there are millions who find rock music an excellent music genre that matches exactly how they want to consume music.

In fact, to this day, Rock music, with all its subgenres, is the most popular music genre in the United States, as it sells more albums than any other genre!

This wraps it up for today’s guide about the reasons why some people dislike rock music. With that being said, you should know that rock music is still considered a favorite for a wide range of people.

In the end, you should remember that everyone is entitled to their own taste in music, and luckily, there are around 1,264 music genres out there, so you can definitely enjoy the ones you love!

Why Is Roblox So Popular? (9 Reasons Why)