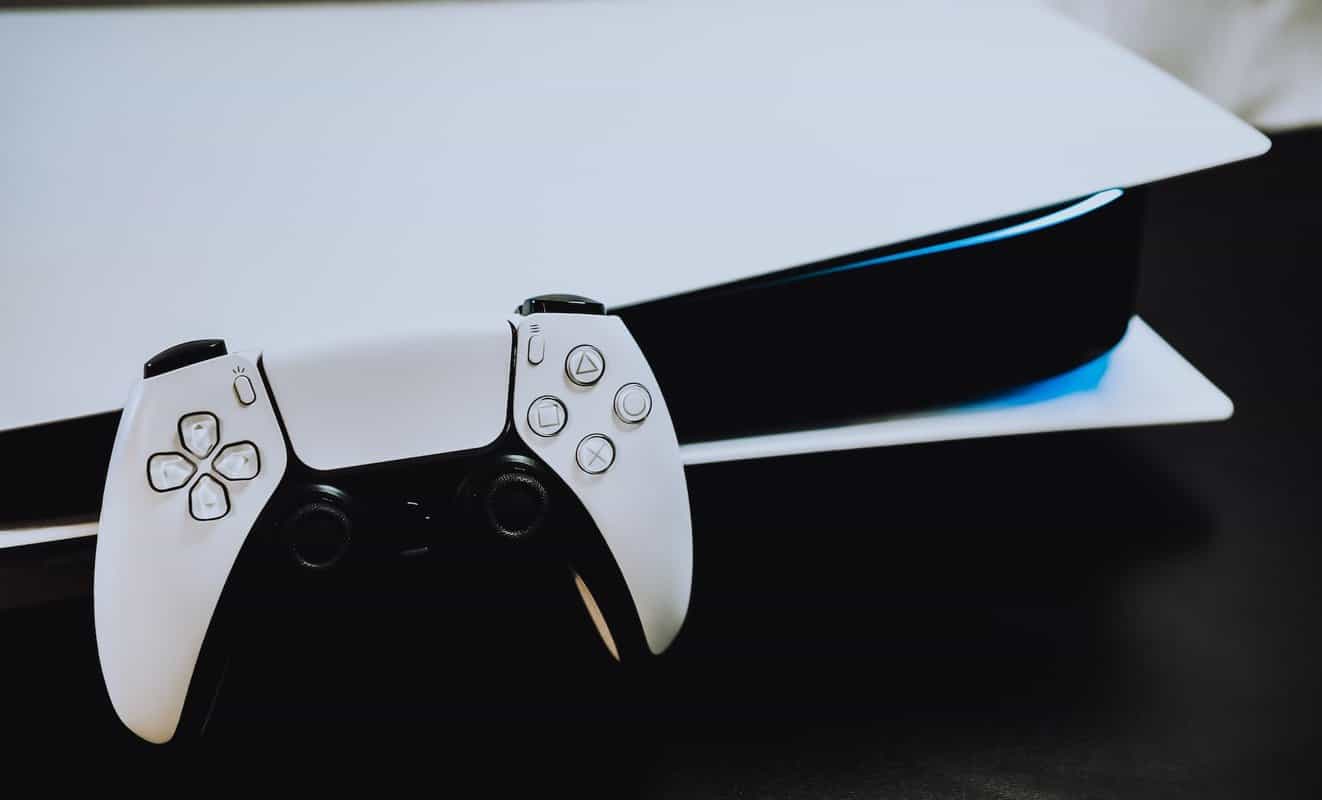 When the PS5 was first launched, it retailed at a humble $499—around the expected price for new consoles.

Today, however, it can cost a jaw-dropping $800 to $1,500, a price that has never been seen before in the console industry.

Those that have been waiting for the inevitable price drop were left disappointed and frustrated, unable to get their hands on the PS5 almost two years after it was first launched.

This made gamers across the globe wonder: why is the PS5 so expensive?

Why Is The PS5 So Expensive?

According to some theories, Sony purposely produced fewer PS5 to increase its perceived value. The company is capitalizing on the basic concept of supply and demand: the less the supply, the higher the demand, and thus the higher the price.

When the PS5 was first launched, it was sold out within a few hours. And since a lot of people weren’t able to get their hands on the console during its release, the desire to own the device has increased tenfold.

It didn’t help that whenever Sony restocked, the supply ran out just a few hours later.

With Twitch streamers and gaming YouTubers enjoying their brand new PS5, those that have yet to own PS5 are getting more and more desperate for the console.

2. Increased Production Cost Due to COVID-19

COVID-19 has left a lasting impact on economic sectors across the globe. Because of it, production costs have increased massively due to the fact that it’s become difficult for employees to work their production jobs.

Some reports state that the manufacturing cost of a single PS5 is $450, meaning Sony is selling the PS5 at a loss. To keep production going, Sony is forced to increase the price of the PS5 until production costs stabilize.

Those that are up-to-date with industry news are already aware that the world is currently facing a global chip shortage. It started in 2020 and is still ongoing to this day. Intel CEO Pat Gelsinger believes that this shortage is expected to last until 2024 at the very least.

This crisis has affected all major industries that use chip technologies in their products, including Sony. It’s had major price increases and shortages queues, preventing Sony from pumping out as many PS5s as it originally intended.

And with production costs increasing, Sony has no choice but to raise the PS5’s retail price to cover the expenses per unit due to the storage of chips.

Alongside increased production costs and chip shortages, the world is also facing a global shipping crisis.

The shipping crisis has been reported since spring 2020, and continues to have widespread effects on the supply chain. Unfortunately, the PS5 isn’t immune to this crisis.

Products that are shipped from other countries are often “stuck” on a ship somewhere, greatly delaying the scheduled restock.

PS5 resellers take advantage of this crisis and double and sometimes triple the cost of the consoles once they arrive, advertising them as a hard-to-find product.

Before COVID-19, gaming wasn’t as talked about as it is today. For many, it was merely a hobby to pass the time. That has now changed.

According to reports, the gaming population has increased by over 45% during the pandemic. And with that comes a higher demand for gaming gear.

More and more people use gaming consoles to pass the time, and due to FOMO (fear of missing out), people want to purchase the best and latest console on the market—which happens to be the PS5.

This fact upped the cost of the PS5 since retailers are confident that people will buy the PS5 no matter the price. 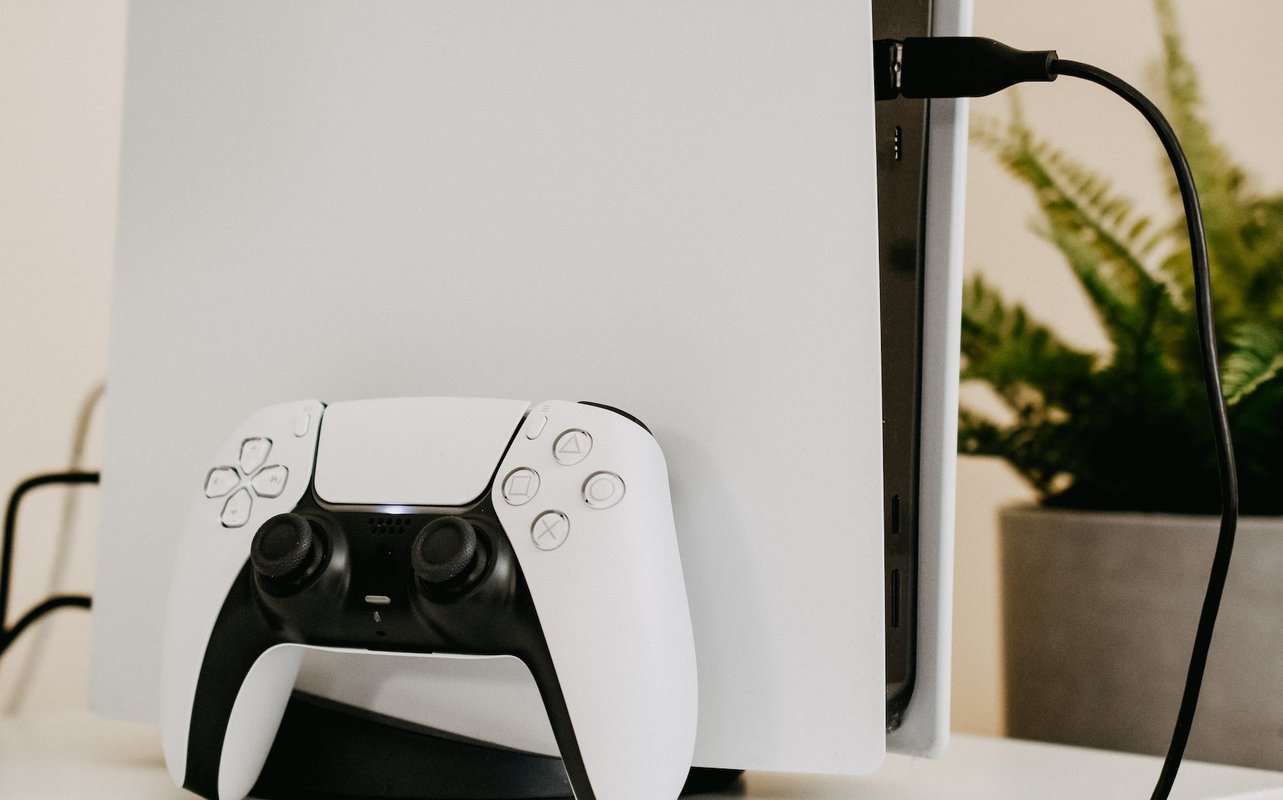 Scalping isn’t a new concept. In fact, it’s been around for decades. But this practice has greatly increased with the pandemic and the desperation that comes with it.

The PS5 scalper movement contributed to the console’s price increase. Scalpers would sell PS5s between $800 to over $1,500, raising the console’s perceived market value.

For the uninitiated, the term “scalper” refers to individuals that buy large quantities of in-demand items and sell them at a higher-than-average price.

Scalpers utilize software that “sits” at the front of the queue and buys multiple units the moment the product goes on sale. They’d complete the checkout process much faster than a legitimate user, allowing them to essentially “cheat” the queue.

However, another main factor that contributes to the PS5’s price increase is the additional accessories it comes with.

By itself, the PS5 already costs quite a bit of money. Pair it with premium accessories like the DualSense controller and the Pulse 3D headset and you’ve got a higher-than-average console price.

To maximize revenue, resellers would sell the PS5 with these premium accessories at a “discounted” price, forcing buyers to fork over more than they initially planned to spend.

But just like the console itself, these accessories cost more than the original due to the same factors that caused the PS5 cost increase: higher production costs, chip shortage, etc. So with the extra accessories, buyers spend well over $1,000 to buy a PS5.

The scraper movement forced retailers to sell the PS5 as bundles with accessories and games.

Unfortunately, this pushes customers to buy the consoles alongside these games and accessories. Bundle offers naturally cost more than non-bundle offers, which contributes to the PS5’s high price.

Today’s video games have become more and more sophisticated and elaborate. This is both a good thing and a bad thing. Good because it creates a more enjoyable and immersive gaming experience. Bad because the games require higher memory to install.

In the past, video games didn’t exceed the 1 GB mark. But these days, a single PS5 game can take over 50 GB to properly install. This doesn’t include future updates, DLCs, and the like.

Increased memory requirements are among the biggest reasons why PS5 consoles are so expensive. To play multiple games on the console, you need a ton of storage. Extra storage comes at a high price, and since the cost of solid-state memories has gone up with the chip crisis, so has the cost of PS5s.

Another reason the PS5 is so expensive is that it’s a one-time purchase. It’s not something you need to purchase time and time again. If it breaks, it only needs to be repaired.

Furthermore, the PS5 is built to last. All of its components are premium, which is why it’s so expensive. Consumers are paying for quality, and the PS5 doesn’t disappoint on that front. It’s one of the most popular consoles for a reason.

The PS5 is an impressive piece of hardware. It features a custom RDNA 2 GPU that displays 4K resolution at 120FPS (and possibly even 8K in the future), an octa-core AMD CPU with a 3.5GHz clock speed, and insane audio.

It’s a huge upgrade from the PS4, especially with the visuals.

These new features don’t come cheap, another reason the PS5 is so expensive.

The PS5 is expensive for an array of reasons, including high inflation rates, the global economic environment, and overall supply and demand. It has also significantly increased since its release due to the PS5 scalper movement, wherein scalpers buy and sell the console at a significantly higher price.