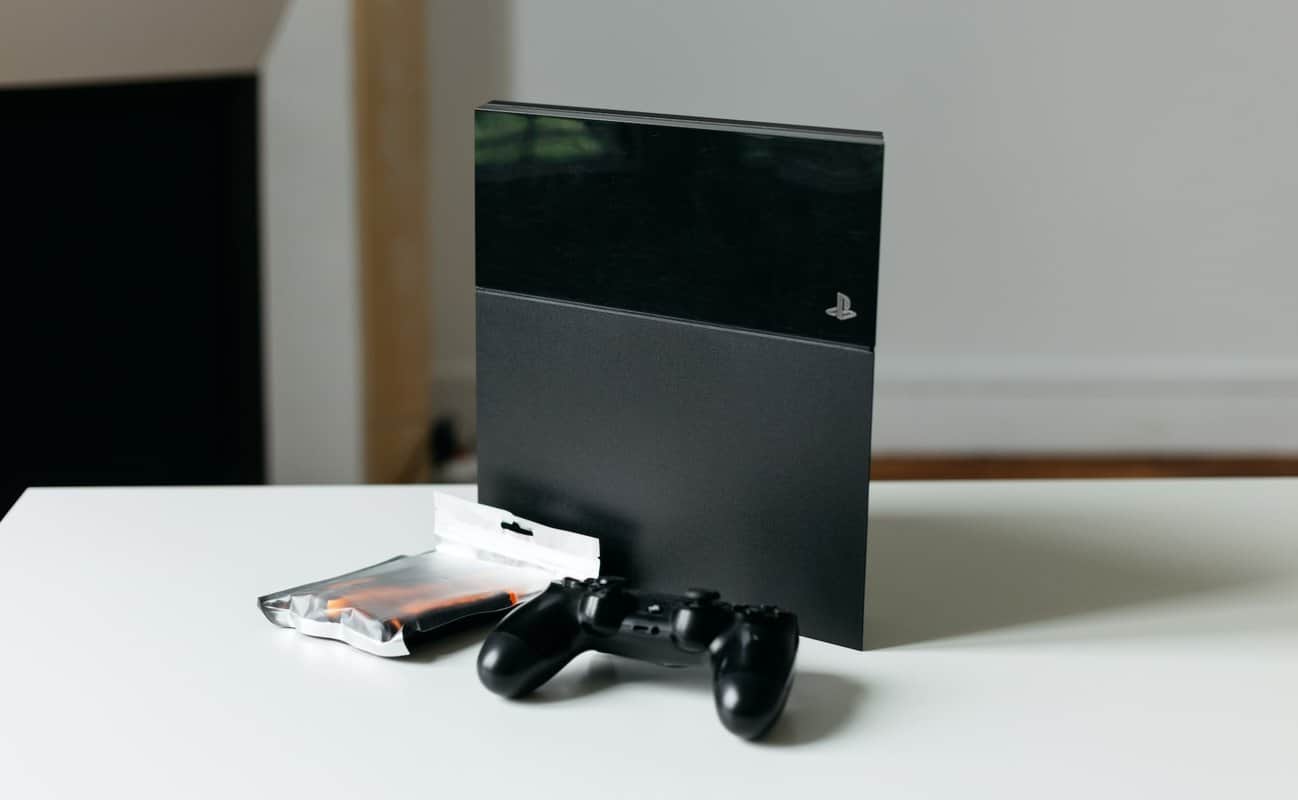 If you own a PS4, you’re probably familiar with the sounds it makes. The console isn’t just making noise because of the game or music you’re playing; sometimes it can make whirring or humming noises. So, you might be wondering, why is my PS4 so loud?

You can never escape dust particles in the air. You can escape dirt; but when it comes to those tiny specks of dust or floating lint, there’s nowhere to hide.

Sadly, that’s the case for your PS4 as well. Dust could easily land inside your PS4 unit and form a pretty large layer of dust on its components.

Cleaning it regularly can make a big difference in the lifespan of your PlayStation, as well as its noise level.

2. The Fan Could Be Broken

Another reason why your PS4 might be making loud noises is that there’s an issue with the fan.

The fan is an important component of your PS4. It cools down the system and removes waste heat from the inside of your console. If it doesn’t work properly, you’ll hear a loud humming noise coming from the PS4 while it’s running.

This can be caused by a number of different issues. For example, it could be because of debris stuck in the fan blades or a broken fan bearing.

It could be that your PS4 is producing more noise than usual because of high ambient temperatures in the room.

We’ve already established that your PlayStation has an internal fan that cools down its components.

When temperatures are high, the fan will work harder to keep things at a moderate temperature. This is why you’ll hear a loud humming as the fan tries to protect your PlayStation from overheating.

When your PS4 makes loud noises, it’s usually because of poor ventilation in your room or where the PlayStation is set.

If there isn’t enough air flowing through, then the fan on your PS4 will overwork itself trying to keep up with its duty. To avoid this issue, put the PlayStation in an open space and remove anything that blocks the vents.

Plus, you’ll need to avoid placing anything on it like clothes or different items. 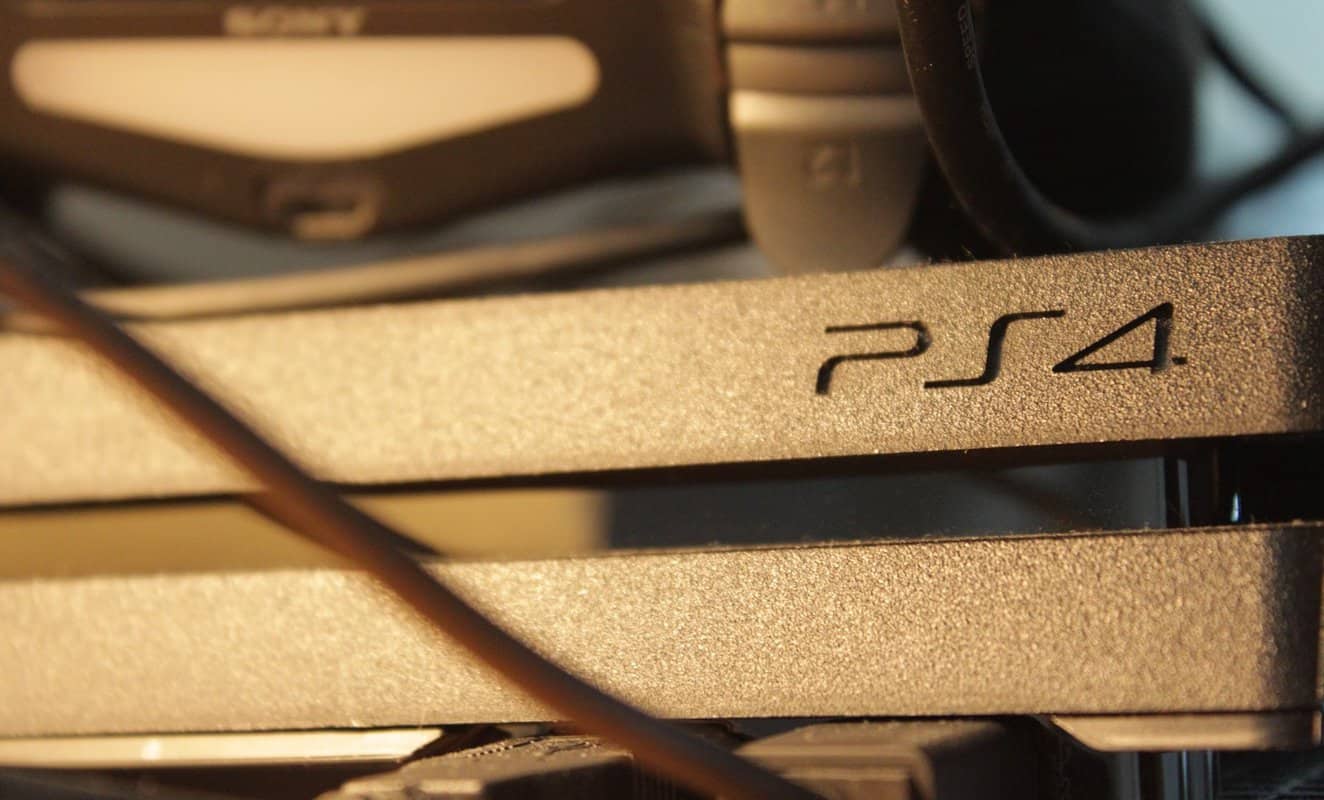 However, for your PS4 to keep up with those games, it needs to work hard. Well-made games require a lot of power and higher speeds to run the game smoothly.

When the central power unit of your PS4 is under pressure, the fans create loud noises while releasing the extra heat. The fans do help cool down the system, but if it’s making a lot of noise, that could mean that your PS4 is struggling.

Sometimes, the noise coming from your PS4 could be nothing to worry about at all! One of the reasons for the noise could be the PS4’s hard drive itself.

Read More:  Why Are PS4 Controllers So Expensive? (11 Reasons Why)

It could be the hard drive’s platters spinning more to retrieve and maintain heavy data.

Besides, hard disk drives make noises when they’re just loading or starting up.

This is a common issue with HDD in general. Most of them overheat, and the fans work harder to get rid of the excess heat.

If you don’t mind spending some extra cash, you can upgrade your PS4 from a hard drive to an SSD. This will not only decrease the heat and noise but also help with performance.

Just as time takes a toll on people and machines, it might also be too much for your PS4. The games that are released these days might be too much for an old PS4 to handle.

You’ll still be able to play them, but the device can overheat.

Dust will build up on the fan and inside the body of the PS itself, where you can’t see it. Unfortunately, this could mean it needs to be taken to a professional for a thorough cleaning.

Too much power or voltage can seriously damage your PS4. A faulty socket can easily do that!

When your device is getting either too much or not enough voltage, it can get damaged due to overheating. And so far what did we learn happens when your device overheats?

That’s right, the fun turns like crazy around and around to keep the device cool. Monitor your power supply unit and the power it’s getting.

Problems caused by power fluctuations can lead to even more issues than noise. The electronic components in your system can get damaged, and once they’re gone, it’s going to be costly to repair them!

You can do a lot of things on your PS4. You can play games, stream TV shows, and movies, as well as listen to music. But if you’re doing too many things at once, your PS4 might overheat.

If you’re playing a game while downloading another game, or if you’re streaming while playing a game, this will use up a lot of power. Which, in turn, could lead to the heating and noise problems.

You’ll need to turn off the console completely and let it cool down for half an hour before turning it back on again. Next time, try to limit the amount of activity or pressure you put on your Playstation.

So, why is my PS4 so loud? Well, it’s mostly because The fan is working hard to keep the console from getting too hot. This is important because if the console overheats, it could get seriously damaged.

The only other reasons for the noises are a faulty hard drive or old age. However, both go back to the fan as well.

Why Is My Ice Cream Gritty? (5 Reasons Why)

Why Is My Salt Lamp Leaking? (5 Reasons Why)