Why Is League Of Legends So Popular? (11 Reasons Why) 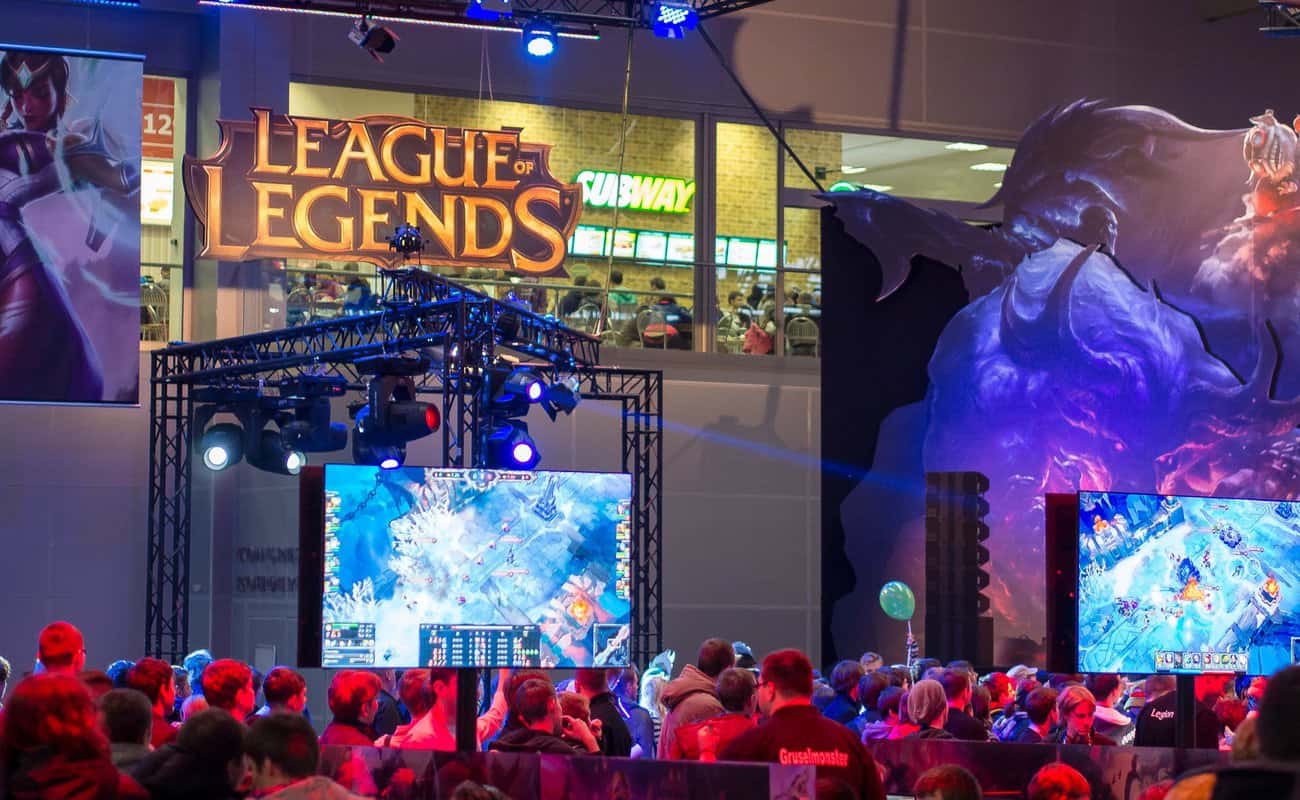 One of the most popular games in the world is League of Legends. This multiplayer online battle arena game has taken the world by storm since it launched and is popular even today.

There are a lot of reasons why this game continues to have a huge presence, read on to find out what makes League of Legends so popular.

Why Is League Of Legends So Popular?

League of Legends takes place in Runeterra, a fantasy world where disputes are settled through battle in a magic arena. This setting has unlimited potential.

Within the League world, there is a vast array of interesting characters, lore, stories, and more to uncover. It has been greatly expanded upon since the game’s inception in 2009.

The world also allows for a rich narrative which can really leave players itching for more, and there are even books and series which explore the world further.

Whether you want to delve into the deep stories or just enjoy a little bit of background to your character, Runeterra has what you need.

2. Playing Is Fun With Friends

League of Legends is a multiplayer game through and through and one of the main reasons behind its enduring popularity is that it’s incredibly fun with others.

Each player can play in a distinct style so the game encourages teamwork and synergy so that each team can lead themselves to victory.

Players can form their own teams and go head to head with competing teams just like real sports. This collaboration is at the heart of the game.

One of League’s most popular aspects is the character system. There are over 159 champions players can choose from with distinct styles.

Read More:  Why Are Wii Games So Expensive? (11 Reasons Why)

Whether they prefer playing offensively or defensively, controlling monsters or mages, or just want to explore a character’s backstory, there’s something for everyone.

Some of the most popular champions include:

There are many more champions each with compelling things about them that ensures the game never gets old or boring.

League of Legends is undeniably one of the most popular Esports games out there, and it is responsible for elevating the Esports category to where it is today.

Multiple tournaments take place worldwide every year that draw in hundreds of thousands to millions of views. The prize pools of the winners are massive as well.

The most renown teams make playing and competing in League their full time careers, with the fame of athletes like any other sport.

League has a ranking system that encourages players to aim for the top. While the game is easy to learn, it’s difficult to master.

There are 9 ranks, starting from Bronze and going up to Grandmaster and Challenger. Only 0.012 players hit this rank.

The ranking system provides an incentive for players to keep coming back and improve their skills. 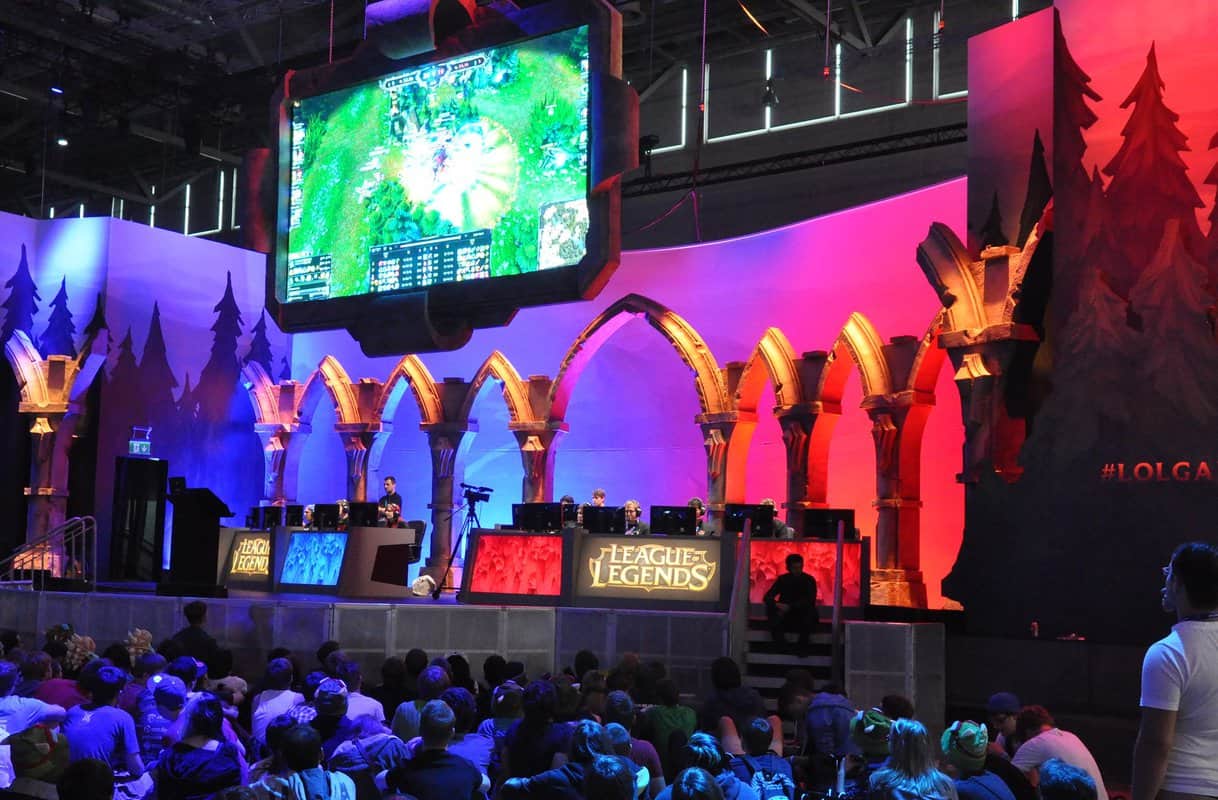 League has a big advantage, in that it totally circumvents huge barriers of entry. The game is totally free to start so anyone can just jump right in.

Players must purchase certain champions, however the game provides 15 characters rotating each week, ensuring that you can have fun without spending a dime.

Since League of Legends will always be free it means players don’t have to commit anything to try out the game for the first time and see if it’s for them.

Another barrier of entry that League avoids is complexity of play. The game is really easy to pick up and play for the first time.

Instructions, objectives and controls are explained in an easy to understand manner and for first timers, the game provides all the resources you need to learn.

League of Legends keeps things interesting through consistent updates, adding in new game modes, champions and an array of features.

This ensures that players can find new things about the game to keep them interested, and ones who fell off can find reasons to return.

League patches in order to fix issues or add features. These patches are scheduled ahead of time so the players always know when to expect an update.

9. Had A Strong Start

League of legends came out in a time where it was more unique in its genre. There weren’t that many Moba games in the market.

Nowadays, there are plenty more but League has managed to continually rise in popularity despite that because it had such a strong launch with little competition.

Today if somebody wants to try a Moba for the first time they will likely try League since it gained such a huge foothold in the gaming community.

Read More:  Why Is Earthbound So Expensive? (11 Reasons Why)

League of legends is extremely accessible because it can run on even low power devices like a laptop. It’s not a graphical powerhouse with heavy requirements.

The system requirements to play league are Windows 7 or higher, two GB of RAM, and at 3GHz processor. This is under the specs of even the budget machines on the market.

Since you don’t need to purchase an expensive machine, you can jump straight into the game without compromising on performance.

League of legends features a great matchmaking system that pairs players with other players who are close to their skill level.

This means that new players won’t get paired up with top ranking ones and feel left behind or be stuck with disadvantages.

This also ensures that more experienced players aren’t being dragged down by people who don’t know how to play the game, and can be pit against players of their level.

So whether you are new or you’ve been playing a long time you’ll likely find others in the same category who can help make your team perfect.

League of legends has managed to persist and grow over the years because of a number of layer friendly and enticing features that have insured its popularity.

It’s likely that as the game continues to grow and evolve it will only become more renowned and attract more players over time, even more so than right now.

Why Is Reading So Boring? (11 Reasons Why)