Why Is Dark Souls So Hard? (9 Reasons Why) 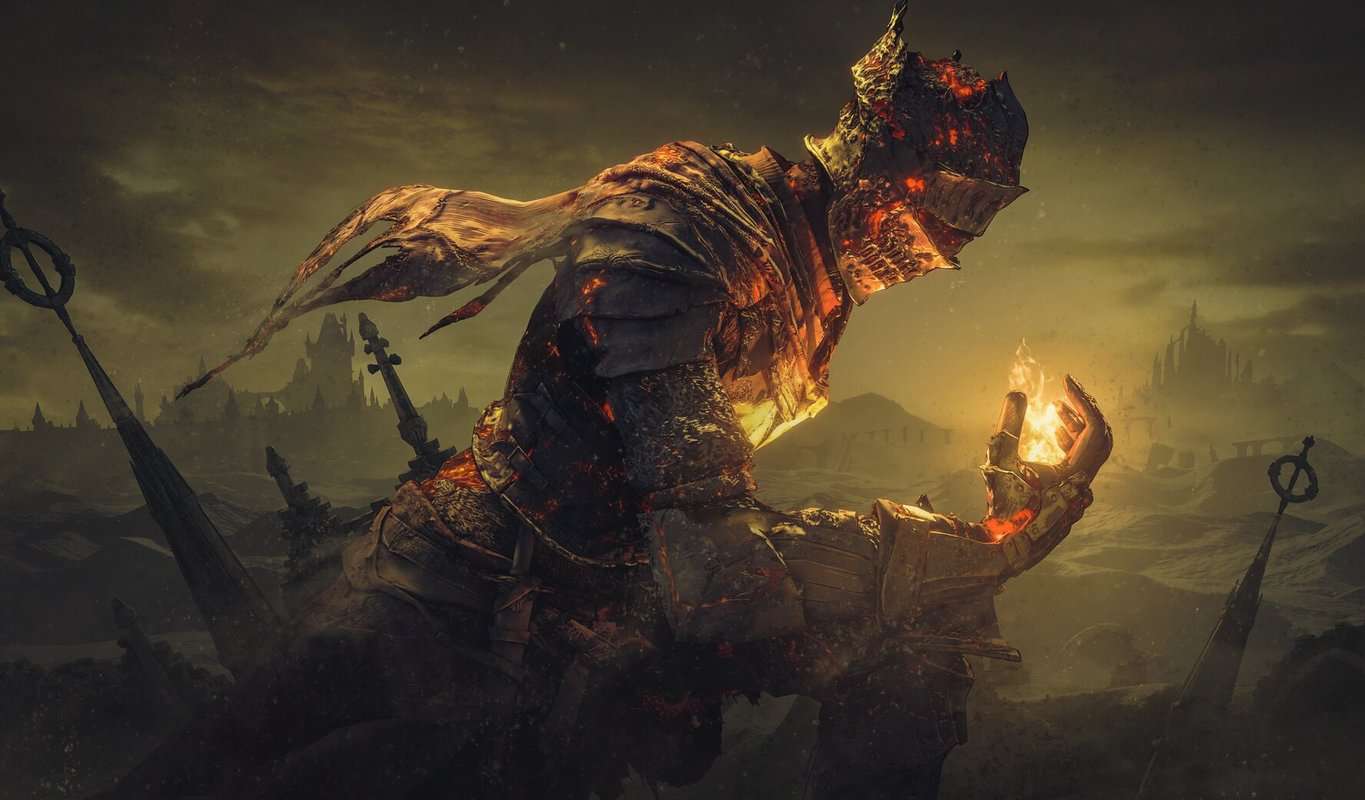 Whenever someone asks what the hardest video game series is, many will immediately point to Dark Souls. These games have become synonymous with crushing difficulty and merciless challenges that only the most persistent can overcome.

However, what makes this so? What gives Dark Souls and other soul-like games like Sekiro: Shadows Die Twice and Bloodborne their reputation, and why are they so difficult? Read on to find out.

Why Is Dark Souls So Hard?

1. To Make You Feel Accomplished

Dark souls isn’t this difficult by accident, the game was designed to be as difficult as possible so that players would feel accomplished for everything they do whether it be beating a boss or uncovering a secret.

While most games treat defeat as a punishment, Dark Souls on the other hand treats each failure as a step in the process that players need to go through so that their victory will be all the sweeter.

Like most action games, Dark Souls requires an extremely precise reaction time out of the players in order to survive. You’ll need to dodge-roll out from attacks, lock onto your enemy, and hit them fast and get out of the way before they can hit you.

Not only do bosses strike hard and fast, they require the player to keep up and match them in turn. There’s no time to stop and think about what your next move is, you’ll have to be prepared for any possibility and react instantly.

Many games have difficulty settings that could relieve the challenge for players who were struggling or get players extra challenges if they feel like it’s too easy, Dark Souls does not.

Without difficulty settings, every player has to face the same challenge and overcome it without any shortcuts. This is the philosophy behind the design of the game, therefore everything in Dark Souls will reflect that.

Despite the lack of difficulty modes, you could adjust how challenging a bus will be for you through your weapons. Choosing the right weapon can make all the difference in battle.

Checkpoints serve two reload the player back into a spot when they lose so that they can face the challenge again. What makes Dark Souls different is the checkpoint placement.

Bonfires are the checkpoints in this game, but finding them is no simple task as they are often in hard to find or secret places.

This game will place its checkpoints strikingly far distance away from bosses so the players will have to run the gauntlet to get back, risking damage or even another loss on the way. 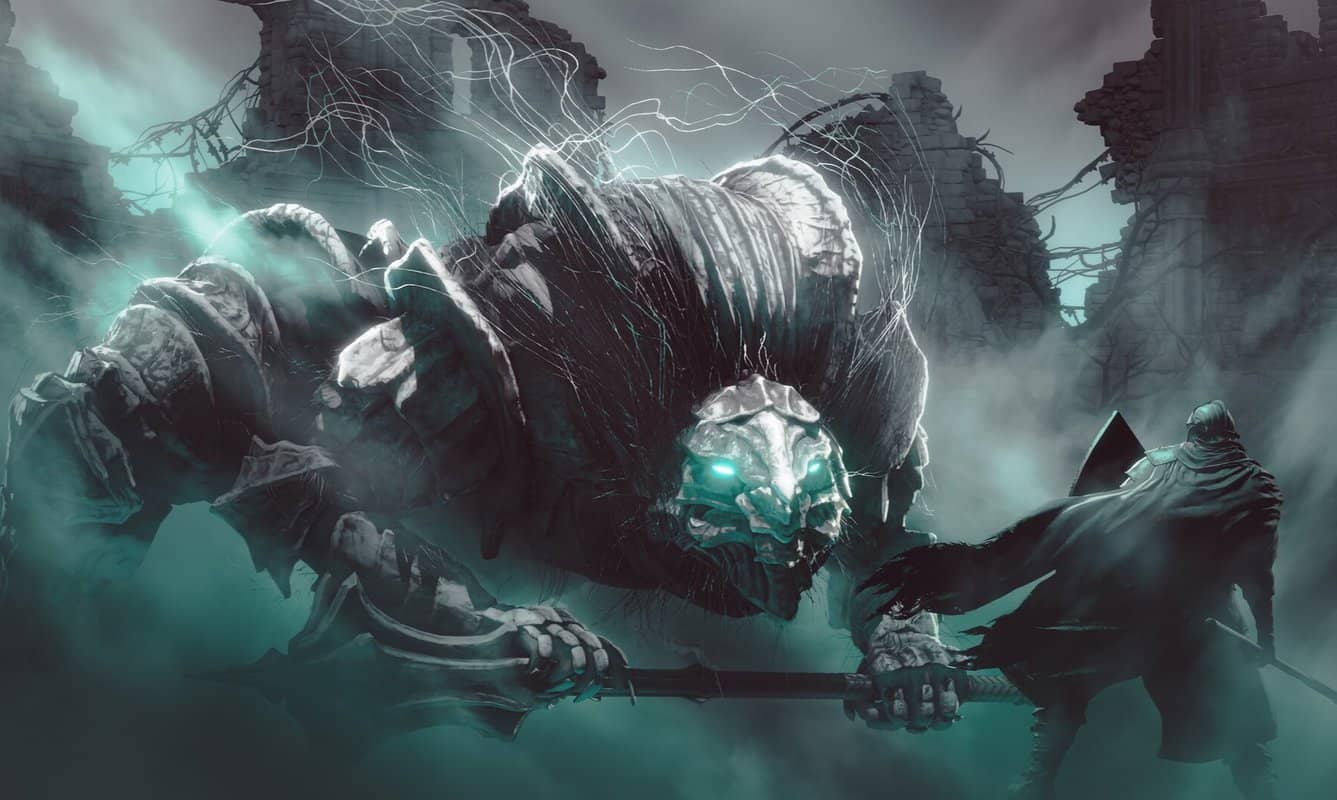 Like in every video game, bosses will have set patterns that determine how and when they move and what their behaviors are. However, Dark Souls bosses use incredibly complex patterns.

This means that players will only have to memorize many attack sequences and timings, they’ll also have to be able to respond at a moment’s notice to any changes or attacks.

Since bosses are the centerpiece of this game, they will have much more varied and intricate patterns than you’ll find in other games.

One thing that sets Dark Souls apart is the way in which it throws you to the wolves early on. Most games start easy and hold your hand and progress to become more difficult.

That’s not how it works with Dark Souls, bosses will be difficult right out of the gate and limited tutorials means that you’ll have to figure out a lot of the game mechanics on your own.

Several of the tutorials can give you the wrong impression of what you need to do and it’s only by experimenting and trial and error will you find the ideal way to play.

Maps in games can be extremely helpful tools that can guide players where they need to go, so naturally Dark Souls doesn’t have them.

Players will have to navigate complex dungeons all on their own and find bonfires and remember where enemies and bosses are without any help. Helpful areas like save points are also well hidden

Losing in Dark Souls means that your XP gain, in this game called souls, will be lost. That means if you want to level up you can’t lose or else your level of progress will be lost.

This can be extremely difficult because things that can kill you are around every corner and in many cases will come quite unexpectedly.

However, with each loss you will gain the knowledge you need to do better next time, so that even if you lose your experience you can prevent the same mistake from happening again.

Read More:  Why Does Steam Update So Much? (7 Reasons Why)

Just because you grind to a high-level doesn’t mean you’re in the clear. There are many ways to lose such as traps, hiding enemies, unexpected bosses and just plain bad luck.

Danger is on every corner in Dark Souls, but if you know what you’re doing and you’ve memorized the map you could develop a plan of attack and not fall for unexpected situations.

Bosses will easily pose the most difficult challenge in the game, several of them can even defeat you in a single hit if you’re not prepared. However if you persist, there’s no danger that can’t be overcome.

To learn more, you can also read our posts on why Fortnite is so boring, why League of Legends is so popular, and why Steam updates so much.

Just because Dark Souls is hard, doesn’t mean it’s insurmountable. In fact many of Dark Souls’ difficulty traits can be overcome with just a little bit of persistence, memorization, and paying attention.

The game was designed to be this difficult because the developers wanted players to feel a huge sense of victory and relief for every action they take and every bus they take down.

Knowing why Dark Souls is so hard can help you understand the mindset to be in when you take on the games greatest challenges, so that you may overcome them.

Why Does My Car Turn Off When I Stop? (11 Reasons Why)