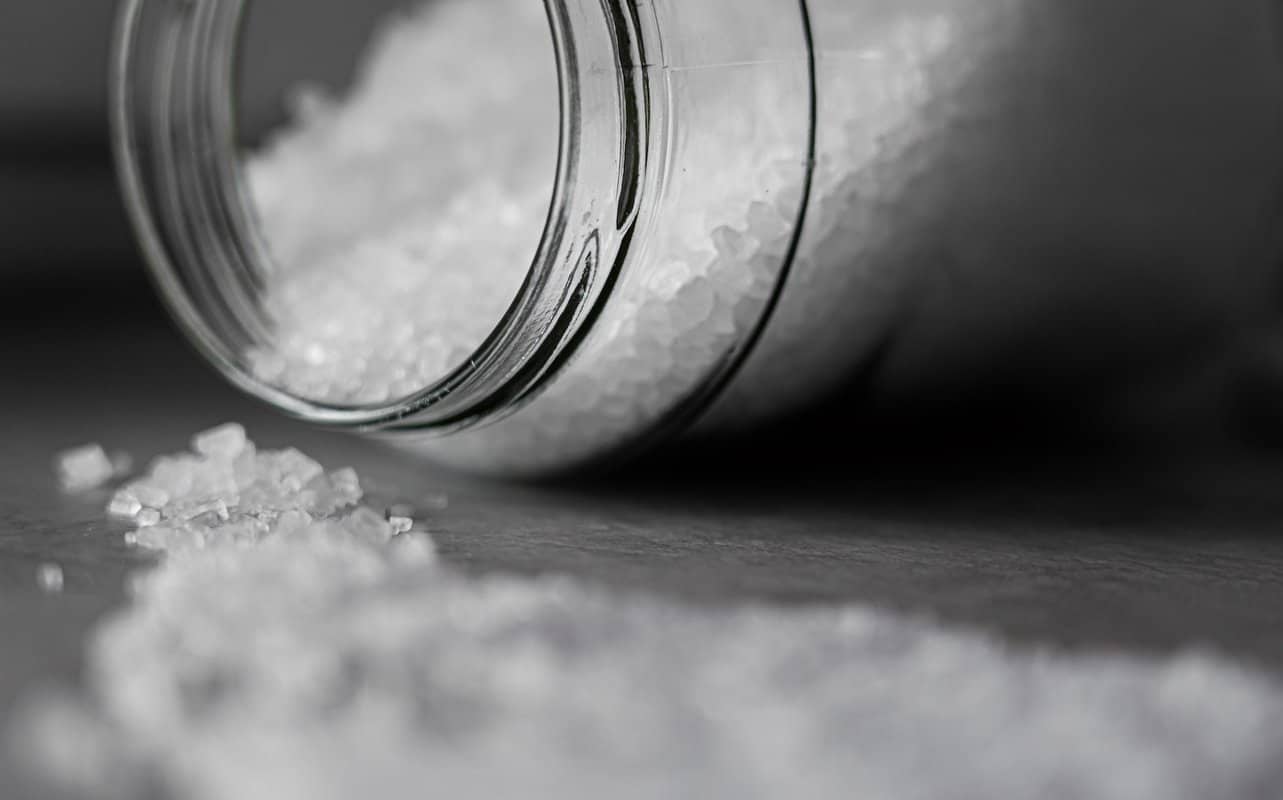 There are many uses for salt besides cooking. It’s frequently used for cleaning, which is beneficial. Some people have preached about using salt for drain cleaning. Salt, though, might appear unhelpful in this case. So, why pour salt down the drain?

Why Pour Salt Down The Drain?

The best technique to unclog a drain is using salt. The buildup and clustering of dirt and debris in the drain cause clogging. Because of how the charges on sodium and chloride ions react with the charges on the grouped pieces, the salt ionizes and splits the clusters.

It would be advisable to combine salt with other ingredients with baking soda and boiling water if you want to use salt to clean your drain.

Additionally, since there is little waste movement in the drains at night, it’s advisable to do it then.

Here’s how to use salt to unclog your drain:

2. Salt Instead of Harsh Chemicals

Drain cleaners are made of strong chemicals. These cleaners can harm your pipes even though they might unclog your drain effortlessly. This is especially true if the materials that make up your plumbing system are outdated.

Chemical drain cleaners can contain hazardous substances, such as bleach and sulfuric acid, that are harmful to the environment and your health. When someone inhales the fumes of these substances, they might have a negative impact on his health.

As a result, utilizing salt is preferable. It’s a rough, abrasive element that doesn’t harm the environment much. Additionally, it won’t have a significant impact on your plumbing and piping system and may even benefit it at times.

The absorbency of salt is one of its benefits. Due to the polarity of salt molecules and water, there is a significant pull between them. Therefore, it can strongly absorb water. You may be wondering, how does this benefit me?

Because of the way salt is absorbent, it acts as a disinfectant, which may make your amenities safer. Some bacteria are effectively killed by salt as it draws the water out of them. Therefore, microorganisms that cause illness lack a space to develop.

So, since salt can be a natural disinfectant, it might be a good idea to sprinkle salt down the drain to clean your system. 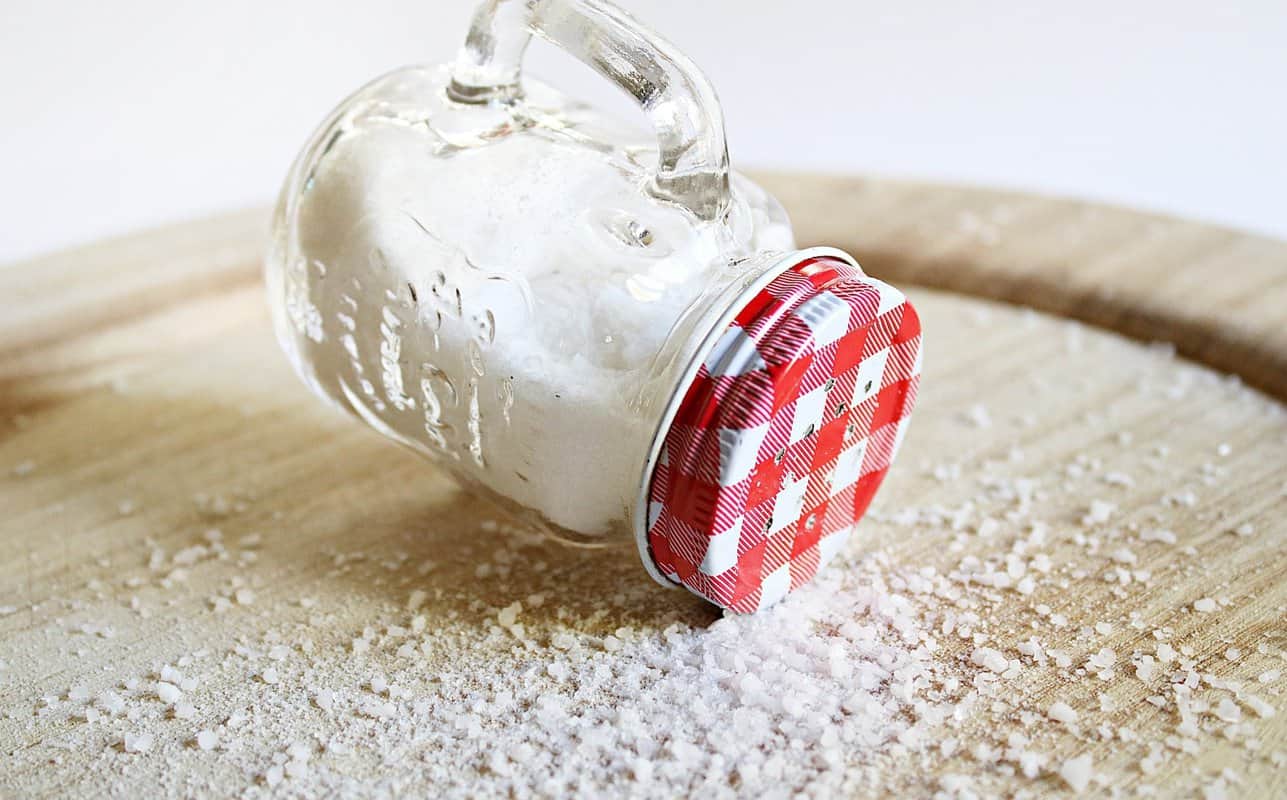 One of the things salt is good at is removing rust efficiently with the assistance of other elements. Typically, a mild acid solution like lime juice or vinegar can do the trick. However, it won’t be as effective as other harsh chemicals.

This is when salt comes to play. The salt makes the fluid more acidic and speeds up the rate at which rust dissolves. So if you pour the solution into the drain, there’s a big chance that you get rid of the rust in your piping system.

Read More:  Why Do They Put Ice In Urinals? (5 Reasons Why)

5. Can Also Get Rid of Odors

Salt might be the best solution if you’ve ever noticed lingering, foul-smelling odors emanating from the drain. Its structure allows it to neutralize unpleasant odors. Since it’s absorbent, it’ll get rid of unpleasant scents.

Salt also won’t smell and will leave no residue. This is due to salt having extremely low volatility as a result of lattice energy that holds the sodium and chloride particles intact.

To get rid of the smell, pour half a cup of salt into the drain and let it work its magic. You may even pour lemon juice down your drain to give it a lovely, zesty smell.

6. Gets Rid of Ants and Insects

Salt might be a helpful option if you have an insect problem coming out of your drain. It’s a desiccant, which is a hygroscopic element used as a drying agent. As a result, it can dry out the insects’ skeletal system.

Consequently,  the insects will die, and your drain will have effective pest control. All you have to do is simply combine salt and hot water and pour the mixture down the drain.

Read More:  Why Do They Put Ice In Urinals? (5 Reasons Why)

Yet remember, it might not be able to get rid of all of the insects. Hence, you should carry out this procedure daily.

This may seem like an unusual reason, but it’s a crucial one. It isn’t uncommon for tree roots to enter your plumbing system. Water sources are desirable to tree roots, and they’ll gravitate there. If the tree is big, it’ll have a deep and intricate root system.

Therefore, it’ll go a great distance to search for water and nutrients. As a result, tree roots can infiltrate any minor fracture or crack in a pipe. This is dangerous because they’ll continue growing and jamming the pipe as they mature.

They might also result in a sinkhole and water leaks into the house.

Fortunately, salt can solve this problem. By depriving tree roots of water, it can kill them off successfully. Simply combine two cups of water and one cup of salt, and pour the mixture down the drain.

With their many helpful uses, many have wondered: why pour salt down the drain? Doing so may be advantageous as it can get rid of insects and kill tree roots.

Yet, most of the time, salt needs another acidic substance with it to be fully effective. In either case, pouring salt down the drain is useful since it’ll help your plumbing system function properly.

Why Is The Rotary Club Bad? (9 Reasons Why)