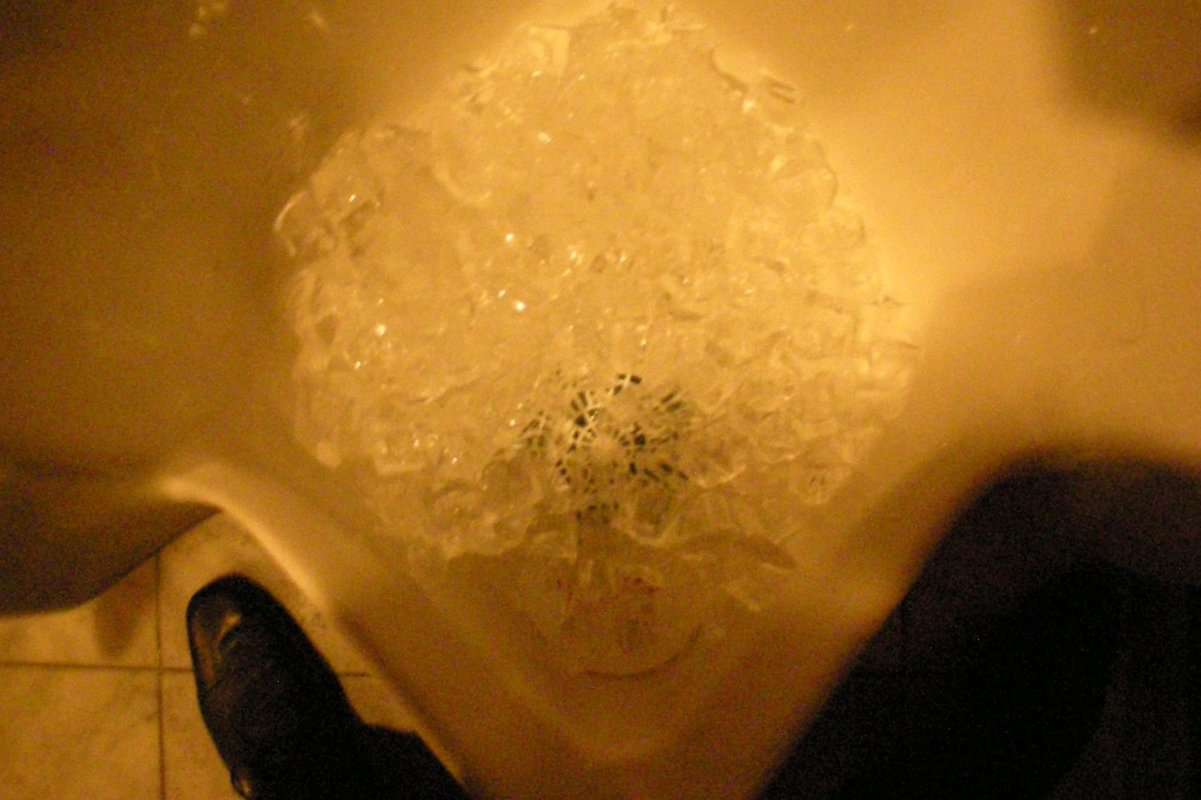 After the U.S. industrial revolution, urinals grew in popularity to save restroom space in factories. They were then introduced to other facilities and quickly became a fixture in all men’s restrooms, along with one probing question: why do they put ice in urinals?

Ever since then, these facilities have been dealing with unpleasant odors. Ladies may not know this, but to combat this issue, many restaurants and bars would fill the urinals in men’s restrooms with ice.

If you’re not sure how this would work, no worries! In this article, we’ll dive deep and take a closer look into the top five reasons why some facilities put ice in urinals, so stick around!

Why Do They Put Ice In Urinals?

One of the main reasons why some restaurants and bars put ice in their urinals is that it can eliminate the smell of urine.

It sounds a bit far-fetched, but can putting ice in urinals really get rid of urine odor?

The answer to this question appears to be one that many bars and restaurants agreed on in the 1950s and 1960s.

The first urinal cakes (made from Naphthalene) were effective at odor removal. However, when inhaled in large quantities, their fumes destroyed red blood cells. As a result, those facilities needed to find another solution to get rid of the unpleasant smell.

Meanwhile, they were tossing old ice in urinals to make way for new ice deliveries. Much to their surprise, the urine odor decreased significantly whenever there was ice in the urinals.

Read More:  Why Pour Salt Down The Drain? (7 Reasons Why)

The cooling effect of ice may be responsible for its ability to eliminate unpleasant odors. When urine hits the ice, the freezing temperatures can make it hard for the odor-causing bacteria to proliferate, thereby eliminating the smell.

2. To Flush the Urine

Putting ice in urinals doesn’t just inhibit odor-causing bacteria. It also gets rid of the urine itself.

Ice is an excellent option for flushing urine, especially for waterless urinals. As the ice melts in the urinal, it gradually washes away most of the residual urine in the bowl and into the sewers.

One of the reasons restaurants and bars prefer ice in urinals over urinal cakes is that ice quickly disposes of urine. Urinal cakes, on the other hand, simply sit there, smelling like urine and urinal cakes.

What’s more, the melting ice keeps a constant stream of cold water flowing through the drains. This prevents any urine odors from adhering to the drains and returning to the building. 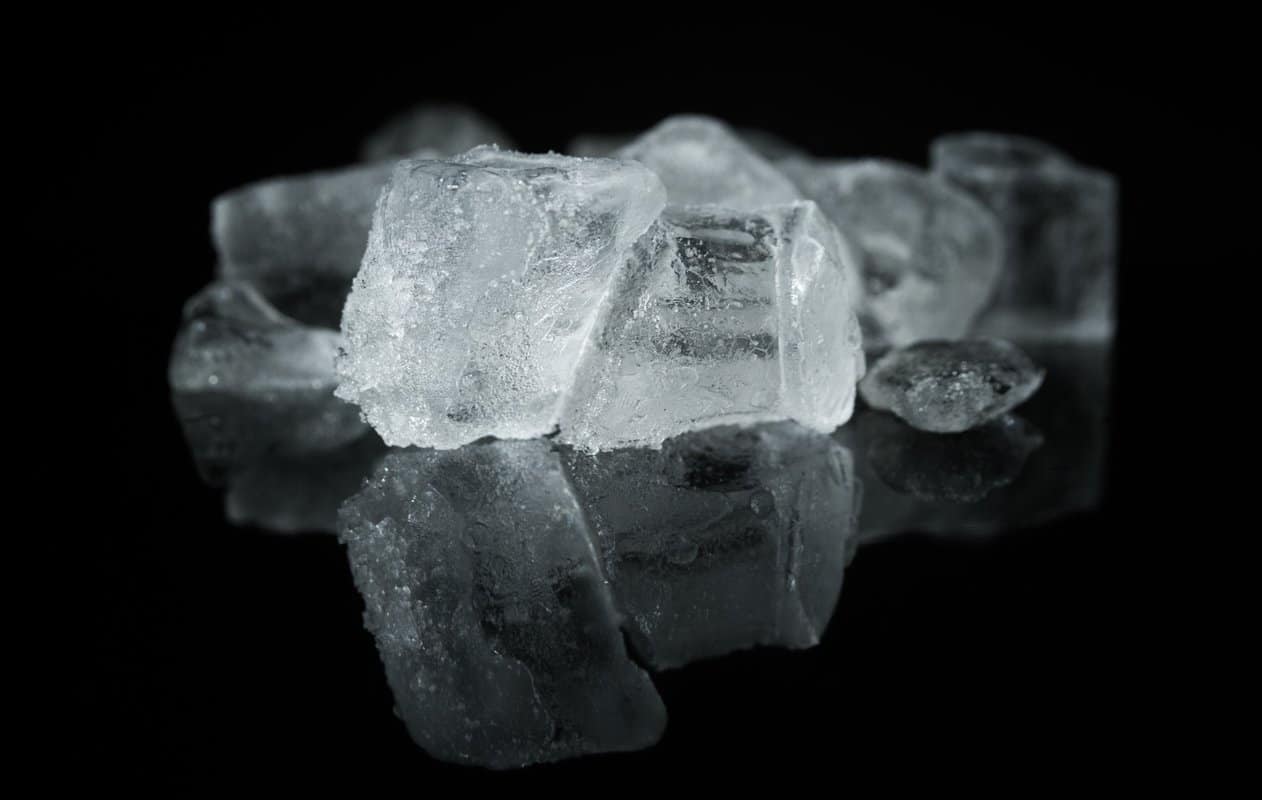 Splashing urine does more than just stain the pants of the person standing on the urinal. It also spreads urine, and thus bacteria, to other surfaces.

Some bars and restaurants believe that putting ice in urinals can alleviate this problem of splashing.

In some cases, this is true. Ice may diffuse a urine stream, preventing it from bouncing back onto your pants or the floor.

That said, it’s worth noting that ice isn’t always an effective solution to the splashing problem. When there’s a large amount of ice in the urinal, the chances of splashing onto the surfaces around the urinal increase.

That’s why, if possible, it’s best to go for urinals that are designed to reduce splashing.

Ice is the single most vital ingredient in a bar, and it’s often just as essential in restaurants. The problem is that unused ice can’t return to the ice machine for safety purposes.

What’s more, if a facility receives a new ice delivery, it’ll need to make room for the fresh ice.

In both of these cases, the only solution is to dispose of any used ice. However, throwing away ice in trash bins would create a mess. The only viable option would be to throw the ice somewhere where it can melt.

Throwing the ice in the sink wouldn’t work because people use the sinks. The toilets wouldn’t work as well because the ice could clog them if someone flushed.

The urinal, on the other hand, is the only place where ice can melt without causing any problems.

There are numerous products to adhere in urinal walls to mitigate the odor of urine. There are also numerous urinal options that can do the same. Nonetheless, all of these options have two things in common: they can be costly and not readily available.

Even if a facility opts for urinal cakes, the cost of replacing them on a regular basis would add up over time. Any other method of eliminating urine odor would be costly and time-consuming.

Ice, on the other hand, is almost always free because it’s abundant in restaurants and bars. So, no one will have to go out of their way or spend extra money to keep the urine odor at bay.

That’s why putting ice in urinals is a better option for some establishments than other options.

Why do they put ice in urinals?

It’s a question that most men would ask if they found a considerable amount of ice in their urinals. There are several reasons why a facility would do this, the most common being to eliminate odors and flush away urine.

While ice can alleviate such issues, it’s an outdated solution. So, if you go to a restaurant or bar that ices their urinals, you’re probably in a place that’s been around since at least the 1960s.