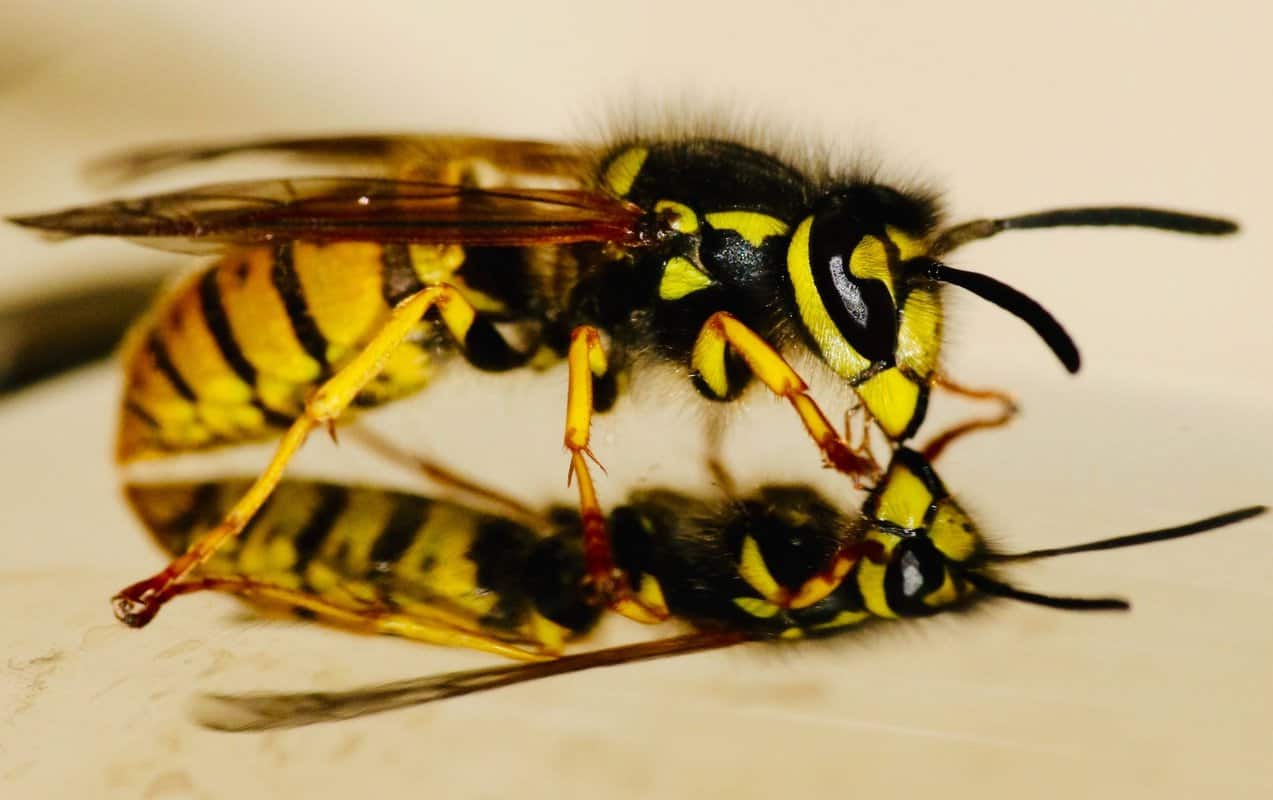 If you’re like most people, you’ll probably panic if you see an army of wasps coming right at you. Does this scenario sound familiar? If so, you must be wondering why wasps follow you.

In this article, we shed light on nine reasons why wasps like yellow jackets and hornets go after people. And along the way, we’ll also share some tips on how to prevent this from happening.

1. You Disturbed Their Flight Path

Wasps belong to the same order as ants and bees, called Hymenoptera. And like these species, they can be aggressive at times.

If you walk through their flight path, they’ll come after you, and it won’t matter if you’ve disturbed them intentionally or unintentionally.

On that account, it’s best to be watchful and walk around rather than straight through their lane to prevent their onslaught. Ideally, you should distance yourself from them and walk slowly.

Wasps build their nests not only in trees but in the ground as well, so they pick up sounds and vibrations from the surface.

Noise that comes from machines like lawnmowers can irritate them. Even your footsteps can be taken as a territorial threat!

Wasps begin building their nests during spring and the rest of the summer. In order to be safe from them, your best bet is to get rid of their colony.

An insect spray will do. However, finding their ground nests can be a bit challenging. You can recognize them when you see a huge hole that sits in the center of a cone-shaped heap of dirt.

The bottom line is that some wasp nest inspection before turning your lawn mower on will save you from these stingers.

3. You Knocked Down Their Nest

So, you have this beautiful garden with several fruit-bearing trees, and one morning you decided to pick a few fruits for breakfast.

As you raise your picking pole, you notice a hornet’s nest hanging on the tree branch. What do you do?

Simple! Just quietly move away from it and choose another tree. Because when their nest gets knocked down, these social wasps will signal their buddies to form a battalion against you.

These signals are issued via pheromones, which are chemicals that allow insects—as well as animals—to communicate with each other.

Having said that, it pays to be extra careful the next time you harvest some ripe berries.

4. The Aroma of Sweet Foods

What are you having for lunch? Perhaps a strawberry jam sandwich and a bottle of soda? If this is the case, chances are you’ll find a wasp or two lingering on your lunch table.

While they love protein more, sweets attract wasps during the cold months. So, changing your diet when fall starts to creep in will allow you to have some peace of mind during lunch breaks. 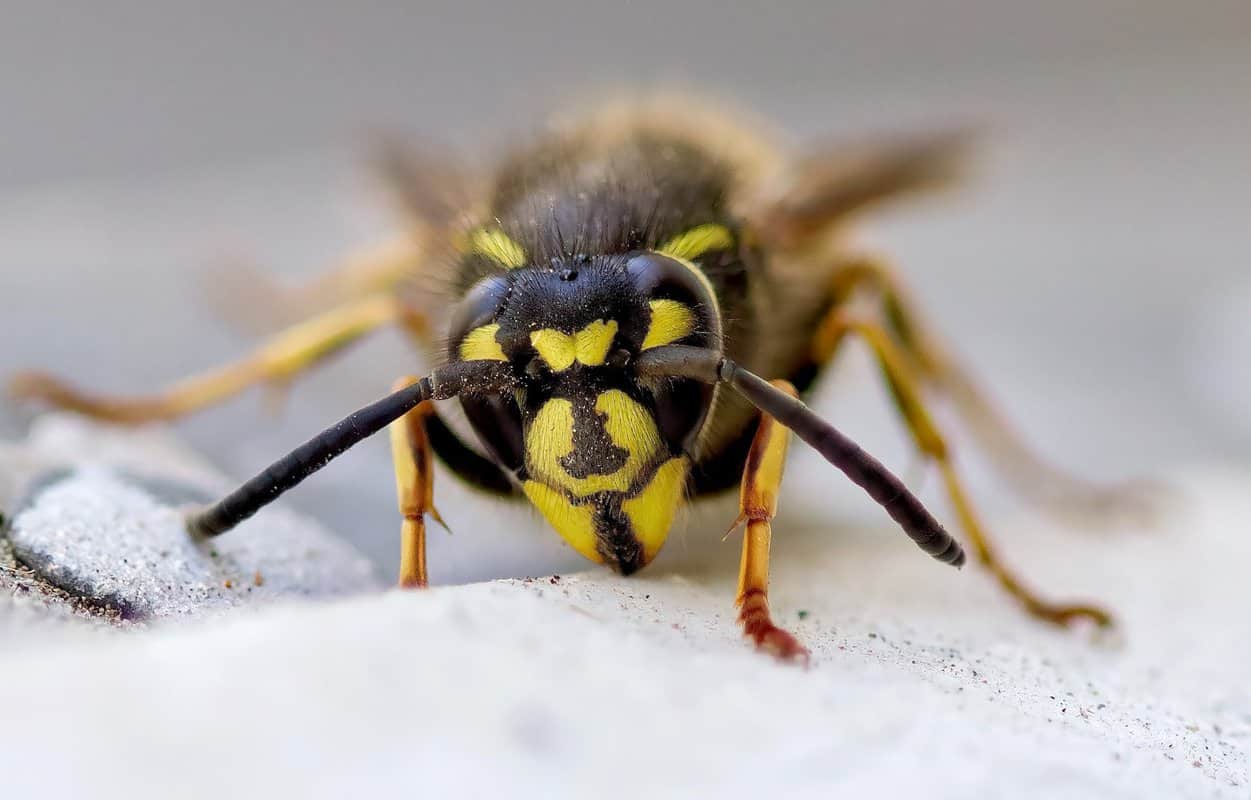 We know that perfume could uplift a person’s mood, but what most people don’t know is that its scent could make hornets go haywire.

A study shows that a hornet’s venom has a component that’s used in perfumes. The smell of this ingredient can cause the hornet to charge.

Thomas Eisner, a zoology expert from Cornell University, even advises people to refrain from wearing perfume if they are to visit places where wasps are present.

As you walk home one gloomy afternoon with a flashlight on, you hear a buzzing sound behind you. You turn around, and you see a yellow jacket hovering in your direction.

You ignore it and continue to walk calmly, but it keeps following you. Why?

Because your flashlight attracts them! Wasps are diurnal insects. In other words, they’re active during the daytime looking for food, and they sleep during the night.

The light you carry triggers the insect’s body clock. Thinking it’s still daytime, the wasp sees your flashlight like a well-lit food source.

To stop the pursuit, turn the device off as long as the road is still safe without the use of a flashlight.

Colors like purple, green, pink, yellow, and white attract wasps. These hues represent the color of their go-to flowers when they look for food.

However, not all of them share the same color interest. Wasps that feed on yellow flowers are likely to be attracted to the color yellow, regardless of where it is.

So to prevent wasps from following you, wear dark-colored clothing. These creatures find them unappealing.

So, you’re having a nice afternoon walk at the city park, then you see a wasp coming your way buzzing a few feet from where you are.

Your heart then starts to pump, and out of panic, you make a quick turnaround and run in the opposite direction.

Hasty movements such as running make wasps unhappy. They see speed as an aggressive maneuver that threatens them, and they’ll reciprocate it by being aggressive too. They’ll flap their wings real hard and chase you down.

That said, make sure not to panic. Also, try not to move until the wasp goes away.

Like us, wasps seek hydration, and water is their source of energy. Adult wasps also use it to nurture their babies.

They collect and store water and regurgitate it to the mouths of younger wasps. This process is called trophallaxis.

Moreover, wasps gather water to build their homes, as wasp nests are typically made of wood pulp mixed with water.

So, let it not surprise you if a wasp keeps on following you. You might be heading to a place where water is present!

While most see them as pests, wasps still play a huge part in our ecosystem. As predators, they control the infestation of other pests too. They also help flowers to pollinate.

That said, how you treat wasps will depend on the situation you’re in. If you have children or a family member who’s allergic to wasps, it’s wise to treat these insects as threats.

In the end, wasps won’t change their nature to benefit us. We’re the ones who have to adjust. After all, we’re the ones with the intellect.

Why Do You Wax A Surfboard? (5 Reasons Why)