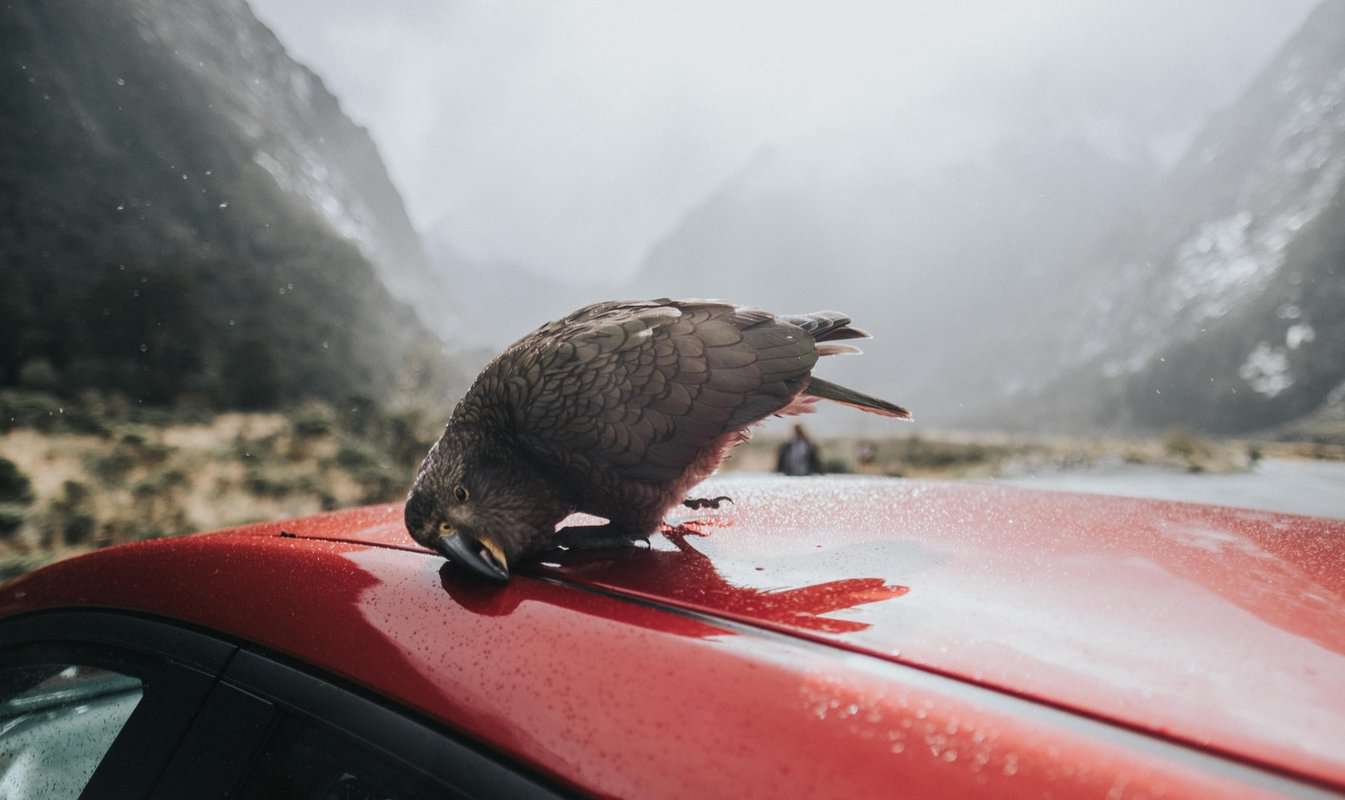 There are many species of birds flying all over the world. Unfortunately, they sometimes find themselves in a direct line with your vehicle. In most cases, a bird will try to move out of the way of a vehicle.

There are many reasons why a bird might accidentally or intentionally fly into your car. Read on to learn the several reasons a bird may fly toward your car to try and avoid an incoming bird.

Why Would A Bird Fly Into Your Car?

Roads were not always around not to mention the traffic flow has increased over the years. The increase in traffic through different wildlife areas can cause many types of wrecks to happen.

Whether it is a deer or a larger bird, no one wants to make contact with an animal. Not only is it awful but it can damage your vehicle or cause an accident.

Most of the time a bird crossing from one side of the forest/woods to the other will be able to dodge vehicles as they cross their paths. There’s no avoiding wildlife on roads alongside wildlife areas.

2. No Concept Of Windows

Birds do not have any concept of what a window is. They only see a clear area which can cause them to think that your windshield is an opening. This is unfortunate for both the bird and your vehicle.

When a bird is trying to avoid the front of your vehicle the open area of your windshield looks much more appealing to them. This is why many birds smack into windshields.

If you see a bird heading for your vehicle do not swerve into oncoming traffic instead safely reduce your speed as quickly as you can. Slowing down will give the bird a chance to fly over your vehicle.

Some species of birds may see a car as a threat to their home. If this is the case a bird may chase or aggressively fly at your car to scare, you away from their territory

If this happens do not get out of your car, instead, simply drive away. Birds will only attack when:

Cars are big and birds want to protect their young and homes from any form of predator. While a bird does not take on a huge animal, they have a huge advantage to scare any pretoir off.

Birds can fly away and then dive and attack other animals, the other animals typically retreat quickly knowing they can catch the bird. 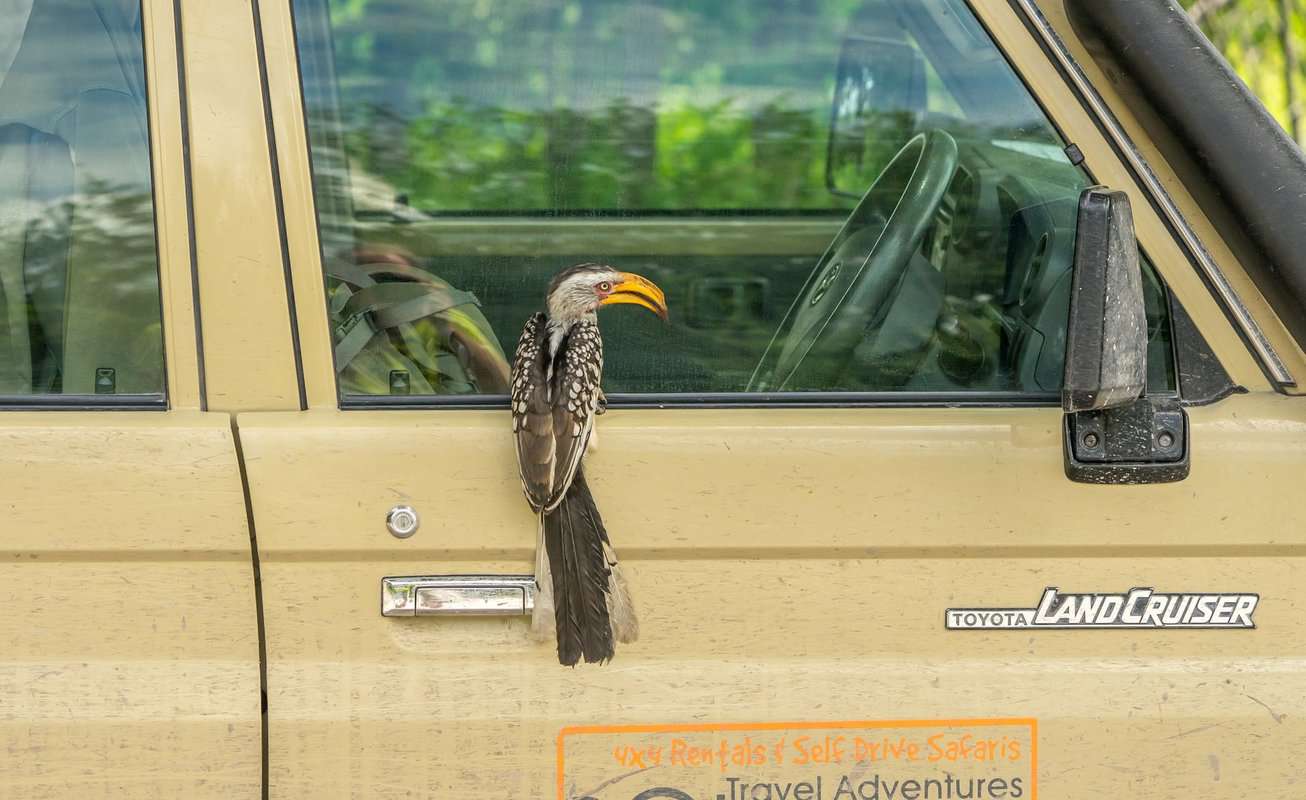 When you are traveling on roads that are cut into mountainsides birds are more likely to fly at your vehicles. In these cases, you may even cross exceptionally large birds with even bigger wing spans.

No one wants to slam into a large bird or even worse an endangered bird. When birds are soaring high into the sky, they do not expect to see a car on a mountainside.

Some birds see your windows at an angle that makes them reflect their surroundings. When a bird thinks they are flying past trees or into the sky it may be actually about to hit your shiny car.

There are no ways around this and thankfully it should not happen often. If a bird slams into the side of your car, chances are they will die on impact.

Every driver has come across a bird on the road at some point in their lives. Whether they are eating roadkill or scrap food they spend time together on the road.

Birds want that food and do not want to fly away which makes them sometimes wait until the last minute to fly away. Sometimes birds may wait a little too long and instead get hit by your front bumper.

Sometimes it comes down to a bird hitting your car because they thought they were farther away. This can mean they were flying lower to the ground and smack into the side of your car accident.

Birds can be chasing prey or running from a predator when they accidentally bounce off of your vehicle. When a bird is in a zone it may misjudge how close they are to your car and unfortunately hit your car.

To learn more, you can also read our posts on why birds poop on cars, why moths are attracted to you, and why crows follow you.

No matter the reason behind a bird having a narrow escape or crashing into your vehicle it can be extremely starting. People try their best to avoid birds hitting their car but sometimes luck is not on their side.

If you find yourself in the wrong place at the wrong time and come into connection with a bird in most cases, it won’t do a lot of damage. Try to avoid swerving to avoid hitting a bird as there’s a risk of crashing.

Why Does LA Have Two NBA Teams? (9 Reasons Why)