Why Do Spiders Exist? (9 Reasons Why) 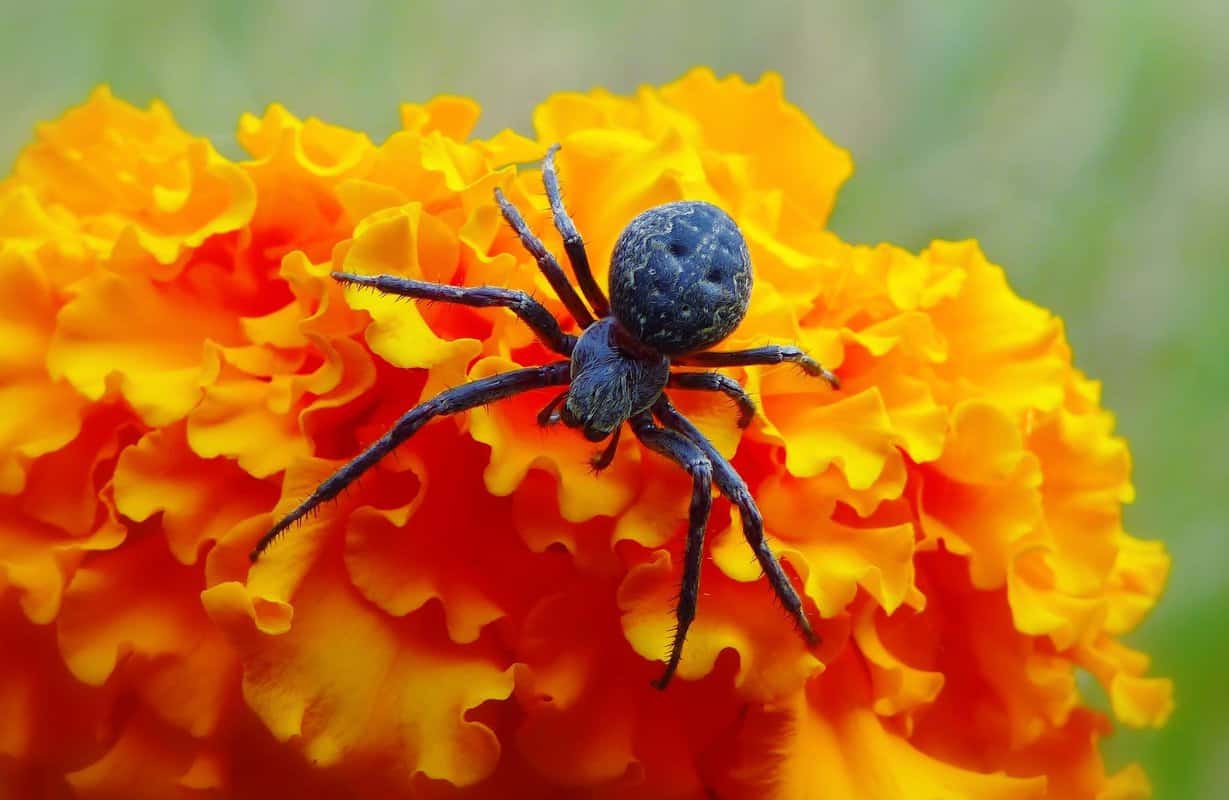 It’s understandable that many people are scared of spiders. They can be hairy, and their long legs are creepy. As a result, a lot of us ask this question: why do spiders exist?

Being a part of Halloween decorations can’t be their only purpose. So read on to learn more about why spiders actually exist.

Why Do Spiders Exist?

Spiders feed on pesky insects and pests in your house. It can be anything from cockroaches and flies to ants and clothes moths.

Because of their diet, spiders can keep your house pest-free or at least keep the pests at a minimum. Most homes would be overrun by pests if it wasn’t for spiders.

Spiders also eat their own kind to keep their population under control. So, you won’t have to worry about too many spiders living under one roof.

For example, Daddy long legs can kill black widow spiders, which are the most venomous spiders you can find in North America.

In the wild, spiders help with crop control by eating aphids and caterpillars.

These crop pests, especially aphids, are extremely harmful to plants. They devour sap from plants and suck all the nutrients out.

Caterpillars, on the other hand, chew on the leaves, which reduces crop quality and decreases crop production.

Spiders in the field feed on these pests to lessen crop destruction.

It’s fantastic that spiders have such a diverse prey base. Aside from roaches and flies, they also rely on mosquitoes for sustenance.

Although the majority of spiders eat mosquitoes, there are some species that target mosquitoes as their primary food source.

Jumping spiders , for example, prefer to feed solely on mosquitoes. That’s especially beneficial for areas with a surplus of mosquitoes.

What’s more, they also help prevent the spread of deadly illnesses from mosquitoes. That means there’s a lesser chance of contracting malaria or dengue fever.

What separates spiders from other household guests is that they can spin silk. All kinds of spiders have this ability so that they can make egg sacs, capture prey, make their webs, and transfer sperm during mating.

According to scientists, spider silk is a lot stronger than steel. That’s because each strand of silk contains thousands of nano strands, strong enough to compare with an entire silk fiber.

With this material, many researchers look for ways to incorporate spider silk into industrial items such as bulletproof vests, nests, and parachutes.

5. Spider Venom as an Alternative to Opioid 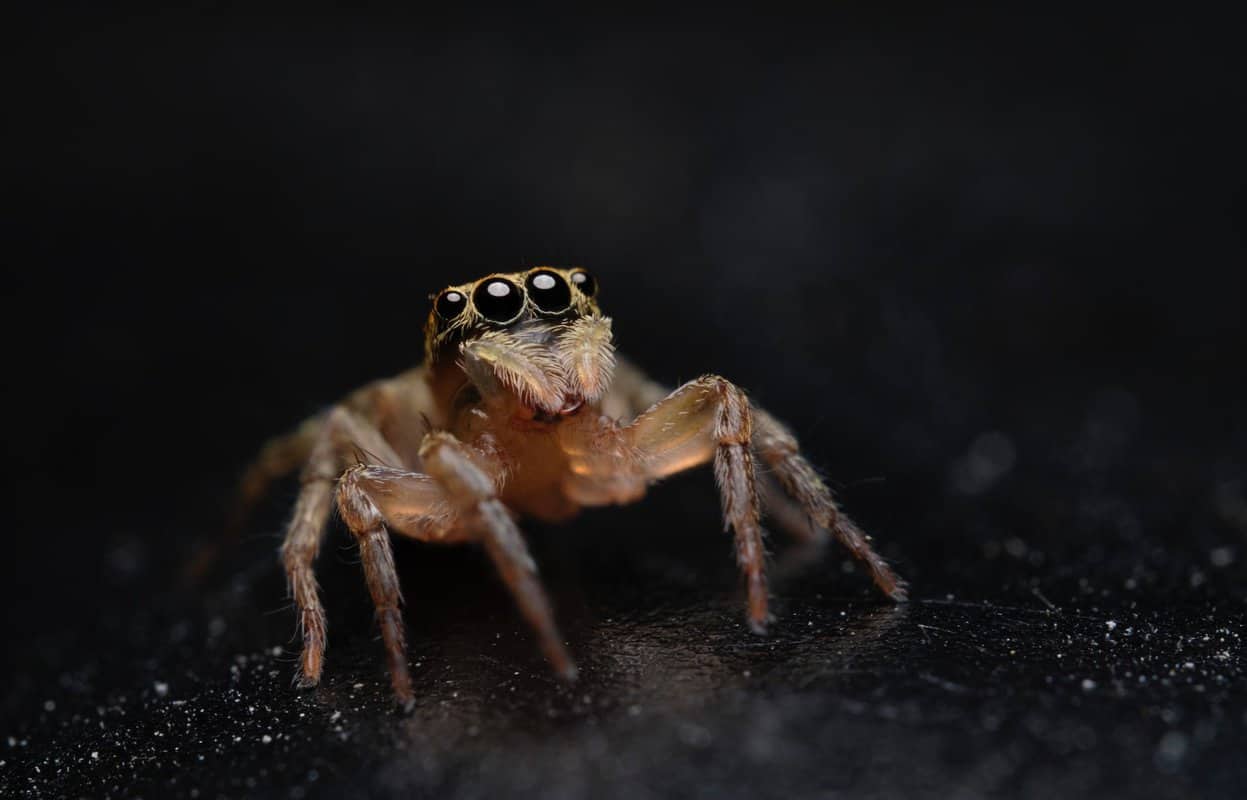 Spider venom is an excellent candidate for use as an alternative to opioids, especially that derived from tarantulas.

It may sound weird, but tarantula venom is less addictive than opioids or painkillers. It can even replace other addictive drugs, such as morphine, fentanyl, and oxycodone.

Many people also develop resistance to the regular use of painkillers. With this alternative, there’s no need to increase the dosage to make it effective.

Not only that, but spider venom doesn’t produce side effects as medicines do. That means this alternative won’t give you nausea, drowsiness, or potential addiction.

Read More:  Why Do Wasps Follow You? (9 Must-Know Reasons)

You probably think that all spiders have venoms, but that’s not the case. While some spiders are venomous, not all of them are dangerous to humans.

Spider venom has important peptides that help with the treatment of diseases like stroke, cancer, and erectile dysfunction. These peptides target pain receptors that create a therapeutic effect and minimize any physical discomfort.

Fried spiders are one of Cambodia’s delicacies. The history behind this comes from the fact that Cambodians didn’t have enough food sources, so they relied on forest spiders.

Since then, spiders have been part of Cambodian culture. Many tourists travel all the way to Skuon to get a taste of this.

Spiders, specifically tarantulas, get boiled first before deep frying. Then, they toss them in sugar and salt to add flavor.

Eating a fried spider is just like eating fried chicken, except it’s smaller and tastes blander. It comes with crisp legs and a softer center, which only a few people can stomach.

Without spiders, there would be a huge imbalance in the ecosystem. Although they’re tiny animals, they contribute a lot to bringing stability to the food chain.

Spiders are both predators and prey. They eat insects, and larger animals eat them.

For example, snakes and lizards benefit from eating spiders. They either actively hunt for them or wait near their nests to pounce.

Other species that consume spiders are birds. Mother birds even bring spiders to feed their babies.

Even mammals, such as bats, include spiders in their diet, but sometimes it can be the other way around.

9. Spiders Can Be Pets

Some people enjoy spiders as pets. They’re easy to take care of and relatively cheap to keep.

You can either catch them from the wild or buy them from a local pet store. Most beginners start with tarantulas or jumping spiders.

Depending on the type of spider, you can easily recreate their habitat in a terrarium. You can also find food for your spider outside since it mostly eats insects.

One thing you’ll have to worry about when keeping spiders as pets is your safety, especially if you have a venomous spider. Additionally, there’s a chance they can escape from their house if you don’t know how to handle a spider properly.

So, why do spiders exist? Well, there are many reasons for that, but it’s mainly because they help the ecosystem by feeding on tiny and pesky insects.

Another important reason is that spiders help with medicinal research and innovation. So, the next time you want to get rid of a spider from your home, think about how much it can actually help.