Why Do Cockroaches Exist? (9 Reasons Why) 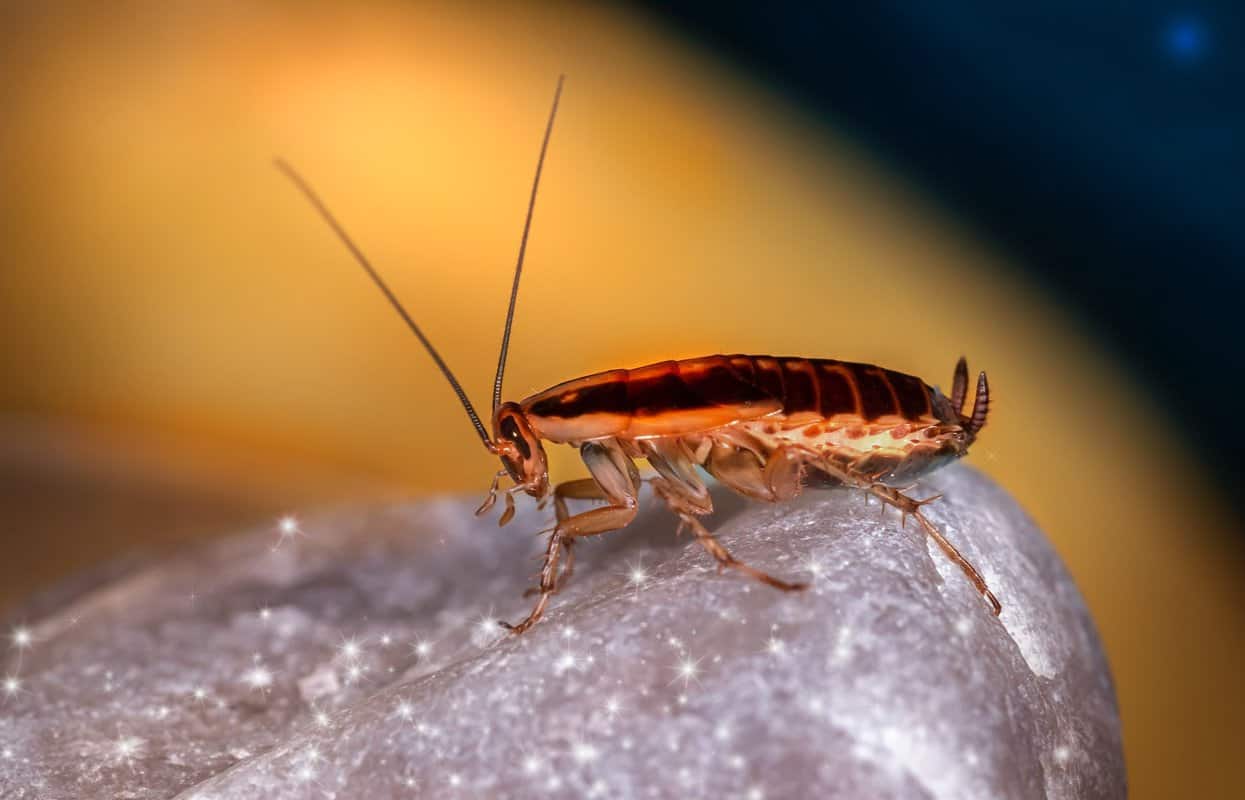 Did you come across a cockroach walking around your garden? Or does the idea of finding a sneaky cockroach inside your house horrify you?

This might lead you to wonder, why do cockroaches exist? In today’s article, we’ll tell you everything you need to know about the hardy cockroach. Let’s dive in!

Why Do Cockroaches Exist?

Wherever there’s food waste and moisture, there’ll be cockroaches. Cockroaches eat stuff that no other organism will come close to. They can eat almost anything that you can imagine.

Therefore, they have no trouble finding food anywhere in the world. That’s why they exist, and they’re here to stay.

Fortunately, we were able to use the cockroaches’ decomposing abilities in many practical applications.

One of the most useful applications is using cockroaches to eliminate food waste. China has been using this method to eliminate waste for years now.

Right outside Jinan, the capital of Shandong province in Eastern China, a billion cockroaches are used to eliminate around 50 tons of kitchen waste a day.

Additionally, they’re professional recyclers; they break any type of waste into easily absorbed types of nutrients. The waste of cockroaches then nourishes plants, and the cycle continues.

Finally, the main reason why cockroaches exist is that they just can! Unlike most other animals and insects, cockroaches can survive on as little as possible in any environment.

In fact, cockroaches have survived all sorts of global disasters for over 300 million years. Some people actually believe cockroaches will outlive humans!

Even after years of evolution, cockroaches remain incredibly resilient. They’re 15 times more resistant to radiation than humans. After all, there’s a reason they’re thought to survive nuclear fallout.

Read More:  Why Are Seals So Friendly? (9 Reasons Why)

Cockroaches multiply extremely fast. Most types of cockroaches produce an egg capsule, called an ootheca, one week after mating. This capsule contains around 15 eggs.

Some types of cockroaches, like the German cockroach, produce around 30 to 40 eggs in each egg capsule. Additionally, the female German cockroach carries the eggs around on its body until they’re ready to hatch, which means more eggs survive until the hatching time.

4. They’re Part of the Food Chain

Roaches are an integral part of the food chain. Just like they eat everything on their way, they get eaten by other predators.

So, without cockroaches, there’ll be a huge imbalance in the ecosystem. Here’s a list of predators that eat cockroaches in the wild:

You read that correctly. Even though cockroaches are often associated with dirty houses, they can actually be the reason behind your life-saving medication.

Cockroaches can survive for years in the dirtiest of environments. For that reason, medical researchers have studied cockroaches in hopes of discovering the next generation of antibiotics.

Additionally, cockroaches have long been used for their medicinal properties in the East. For example, in China, some people believe in the healing properties of cockroach syrup, so much so that there’s a specific corporation for breeding these pharmaceutical cockroaches. 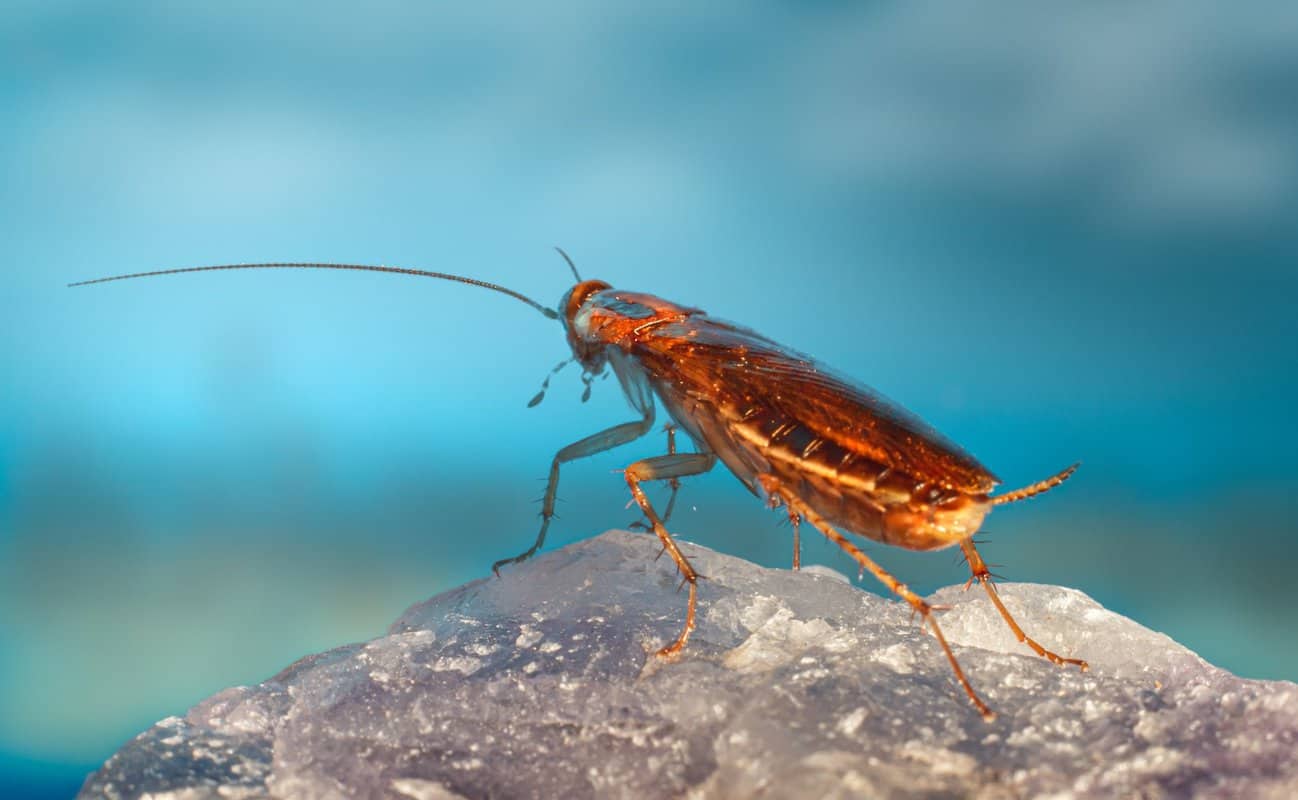 Cockroaches are the ideal experiment animals, especially considering how resilient and fast-reproducing they are.

Additionally, they’re larger than other insects yet easier to grow in labs than bigger animals. This means they’re perfect insect models for almost all educational levels.

This is why cockroaches have been used for ages in different scientific studies, including neurobiology, social behavior, and physiology. So, think twice before judging this insect as useless!

Cockroaches have done a lot in the field of robotics. Studying cockroaches’ legs and gait has helped biologist Robert Full design robots like never before.

The robots were easier to maneuver, more stable, and much faster than older machines. So, if you see any robot that’s able to walk on uneven surfaces, you have cockroaches to thank for that.

Scientists in the field of prosthetics have also been inspired by cockroaches. The scientists were able to replicate the flexible, springy cockroach legs into prosthetic joints.

Who knew so much could stem from just the legs of a cockroach?!

It might surprise you to find out that cockroaches make great pets! They’re low-maintenance, have no smell, and are extremely hardy.

This makes cockroaches amazing pets for beginners. They can be housed in a small tank, and they also eat virtually anything, from leftovers to other small insects.

Read More:  Why Do Peacocks Spread Their Feathers? (5 Reasons Why)

Commonly, people keep specific species of cockroaches as pets, which include the Madagascar Hissing Cockroach, the Indian Domino Cockroach, and the Death’s Head Cockroach.

However, you shouldn’t expect any cuddling sessions with your pet cockroach. The best interaction a cockroach owner can get is some climbing and jumping tricks.

In many cultures, seeing a cockroach was an omen of growth. The reasoning is that cockroaches are known to be resilient and strong, thus bringing this fortune to anyone who happens to come across a cockroach.

In old Russia and Finland, people believed that cockroaches were a symbol of good luck, especially at the beginning of new chapters.

That’s why newlyweds often brought a roach into their homes, and the wealthy avoided killing any cockroaches they found, leaving them to roam freely.

So, why do cockroaches exist?

Well, there are many reasons behind cockroaches’ existence. First, they have no problem finding food, as they can pretty much eat anything. Furthermore, they’re fairly hard to kill, and they reproduce fast.

The existence of cockroaches is also incredibly important to us humans, both scientifically and culturally. Not only have they allowed us to design futuristic robots and make medicinal breakthroughs, but they also make for low-maintenance pets and symbols of good fortune!

Why Are Car Dealerships So Shady? (11 Reasons Why)